NVIDIA’s development team are making extensive use of the PHABRIX QxL rasterizer series in the NVIDIA Rivermax SDK, including NMOS analysis tools and the Extended Ultra High Definition (EUHD) option. The team deployed the QxL Series during new product development to ensure compliance with all of the reference standards, including SMPTE ST 2110, and to independently validate timing and tool chains.

Rivermax is an optimised, standards-compliant software library API for streaming data. For IP-based system providers, NVIDIA Rivermax enhances video streaming performance in 10, 25, 40, 50 and up to 100 gigabits/second networks. Rivermax makes it possible to use COTS servers for HD to Ultra HD flows and, combined with NVIDIA ConnectX-5 or higher network adapters and BlueField DPU hardware streaming acceleration, creates an IP-based system that will comply with SMPTE 2110-21.

Enabling direct data transfers to and from the GPU, it reduces CPU utilisation for video data streaming and achieves high throughput. It is also suitable for developing IP-based approaches to most media and data streaming use cases. Combined with NVIDIA GPU acceleration, Rivermax supports innovation for applications in Media and Entertainment (M&E), broadcast, healthcare, Smart Cities and others.

Rivermax stands out as a fully-virtualised streaming system that complies with the strict timing and traffic flow requirement of SMPTE ST 2110-21, supporting true cloud-based, software-defined broadcast. 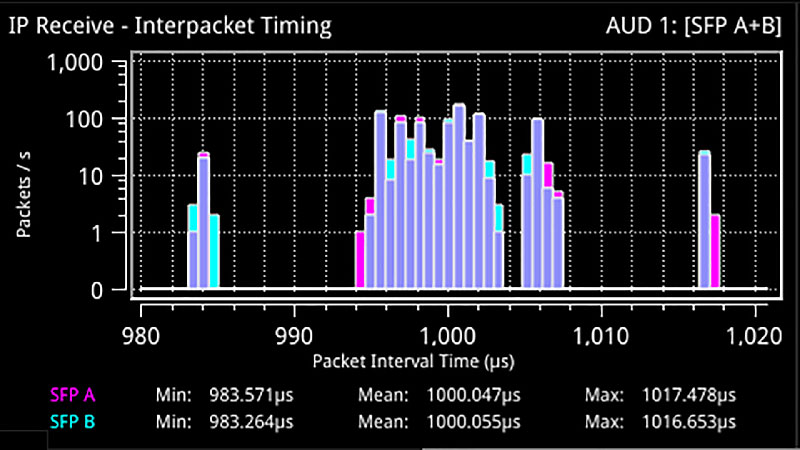 Rivermax makes use of two QxL features that are contained in the most recent software release V4.5, which PHABRIX announced in March 2022. QxL now includes a suite of AMWA Networked Media Open Specification (NMOS) tools that allow flexibility when integrating with an NMOS controller and related network topology. V4.5 also has an updated NMOS receiver for QxL that supplies more detailed information on the state of the NMOS API to assist with the analysis and debugging of NMOS interoperability.

NVIDIA has also been using a new EUHD option for the QxL Series that supports analysis and generation of UHD/4K YCbCr/RGB 444 formats in the range 47.95P to 60P, for LED wall and graphics card applications.

Prinyar Boon, Product Manager at PHABRIX, commented, “The NVIDIA Rivermax SDK team has been using our test and measurement systems for a long time, and along the way has given us lots of valuable feedback that has informed subsequent generations of product development. QxL has unique capabilities when it comes to real-time analysis and validation, which help in the development of new systems like NVIDIA’s.”

Richard Hastie, Senior Director Enterprise Development at NVIDIA, said, “No other product on the market can analyse and test multiple flows – red and blue, RGB 4:4:4, 12-bit uncompressed, SMPTE 2110 – in real time. Real-time analysis is the capability which really distinguishes QxL for us – and it has proven to be invaluable for our Rivermax solutions development at NVIDIA.”

One of these solutions, RivermaxDisplay, which turns a Windows workstation or server with an NVIDIA networking card and professional GPU into a 2110-compatible source, was recently shown at the PHABRIX booth at the 2022 NAB Show. www.phabrix.com