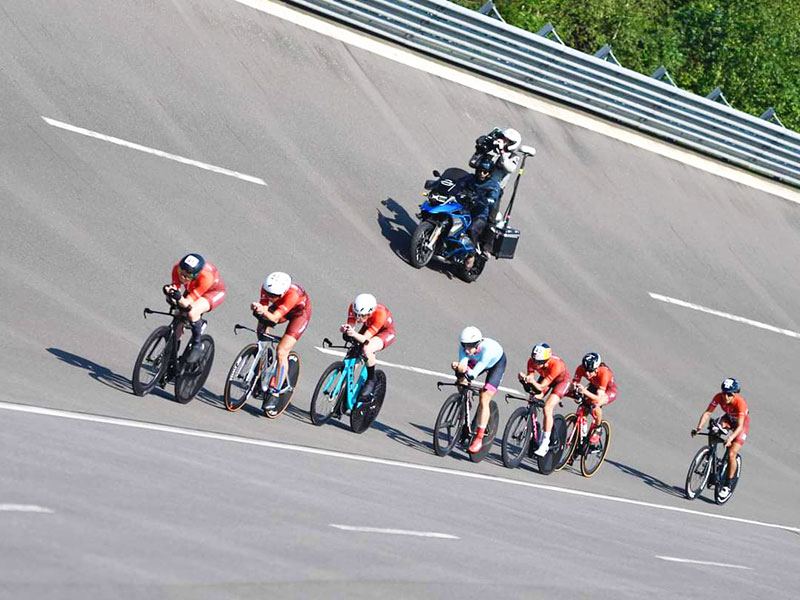 Gravity Media and Mana Sports and Entertainment Group worked together to capture a moment that made sports history on Sunday 5 June. Four stars of endurance sport, two men – Kristian Blummenfelt and Joe Skipper and two women – Nicola Spirig and Kat Matthews, competed in a race that broke the seven- and eight-hour records for a full distance triathlon.

Broadcasting to over 50,000 viewers around the world via YouTube and Facebook, the Gravity Media Production Centre in Sydney operated on a round-the-clock schedule to produce live coverage of the Pho3nix SUB7 SUB8 Triathlon in Germany.

Nine and a Half Hours

The remote IP production was switched in Sydney while 16 camera feeds were delivered from Germany at the Lausitzring racetrack in Brandenburg. The broadcast included nine and a half hours of live racing, introduced and finished with pre-show and post-show content that features numerous special guests, pre-recorded content and technical analysis. 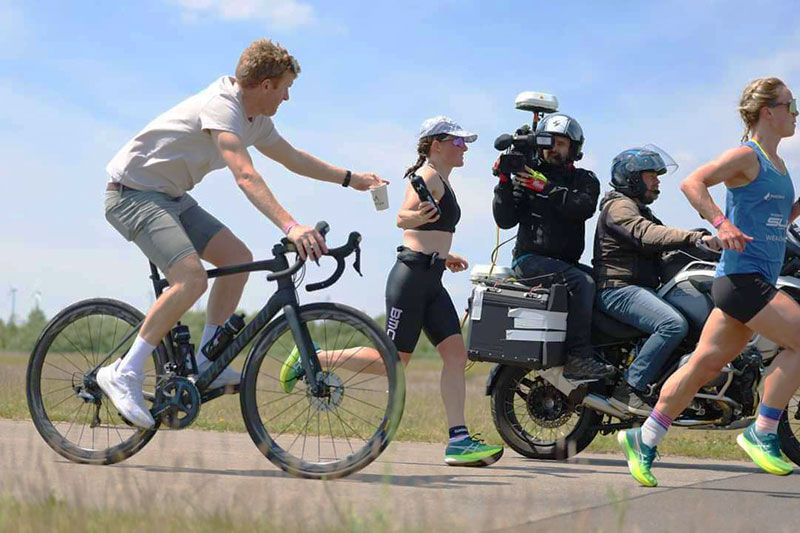 “Gravity Media has earned its reputation for not only supplying and managing complex technical systems, but also for our highly qualified, talented production team. The Sub7 Sub8 is an example of a cost effective, full turnkey production. After working with the client on the initial concept, we carried it through pre-production, graphic design, crewing and on to the telecast of the event,” said Saul Shtein, Director of Production & Content at Gravity Media Australia.

The event was streamed live on the Pho3nix Foundation’s YouTube channel, with a peak of 28,880 concurrent viewers watching the champion athletes finish under goal time. Recording 202,300 logged views after 24 hours, the live stream was projected to exceed a quarter of a million views over the next week. It was also mirrored on Facebook, where it reached 174,438 views and 15,995 link clicks, with related social media post engagement logging a 600% increase from baseline.

Some 20 cameras were deployed including speciality cameras fitted to motorcycles, polecams, a drone and a Gyro-head Shotover camera on a helicopter, all sending feeds to two control rooms in Sydney via AVIWEST bonded systems. The seven return video feeds were sent via SRT streams. 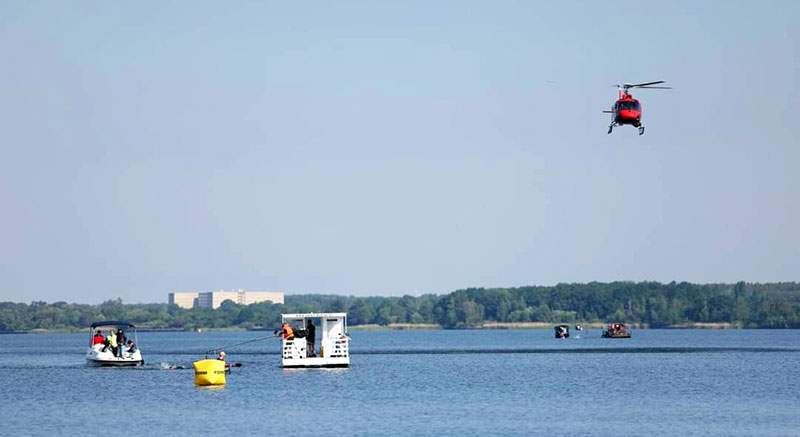 The project combined Gravity Media teams in Australia and France, with equipment from offices in Germany and the UK. Over 90 team members contributed. At Gravity’s production centre in Sydney, 30 crew working from the two control rooms and the MCR managed the production. From the broadcast centre and studio in Germany, 60 crew delivered the live video and commentary. Intra-project communications and video circuits became a major element to facilitate production on the ground – all talkback was delivered with 45 Unity Intercom systems via bonded devices.

Adam Dodman, Studio Engineering Manager at Gravity Media Australia, said, “Aware of the complex engineering set-ups the project would require, we collaborated with the Gravity Media team in France to connect both sites through IP comms and bonded cameras. Our facility has been designed to cater for both remote productions and traditional broadcast methods, preparing us to be agile for any size production, anywhere in the world.”

To ingest and produce the content, 20 EVS recording ports were spread across three XT3 servers, linked in the master control room. At multiple edit suites – two in Australia and three in Germany -- two dedicated highlight loggers and a social media team managed the social content. Working through three graphics engines, all on screen graphics were led by Gravity Media Australia’s design team and produced by Girraphic.   www.gravitymedia.com 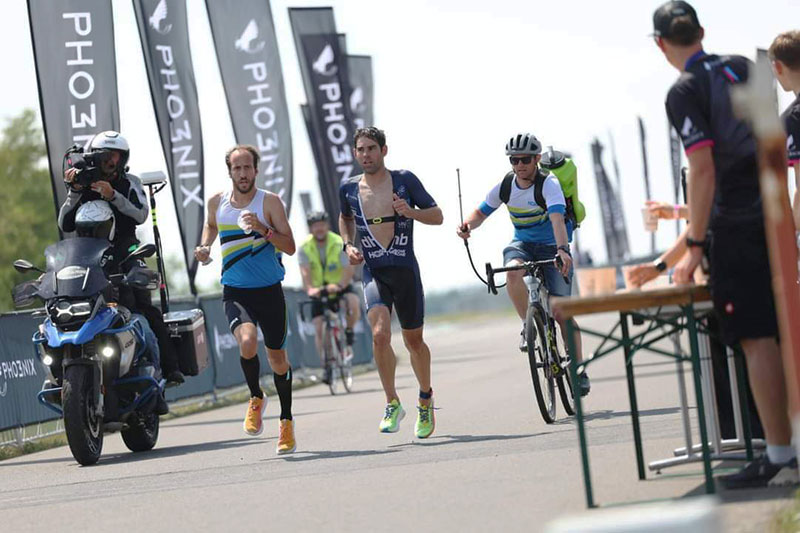