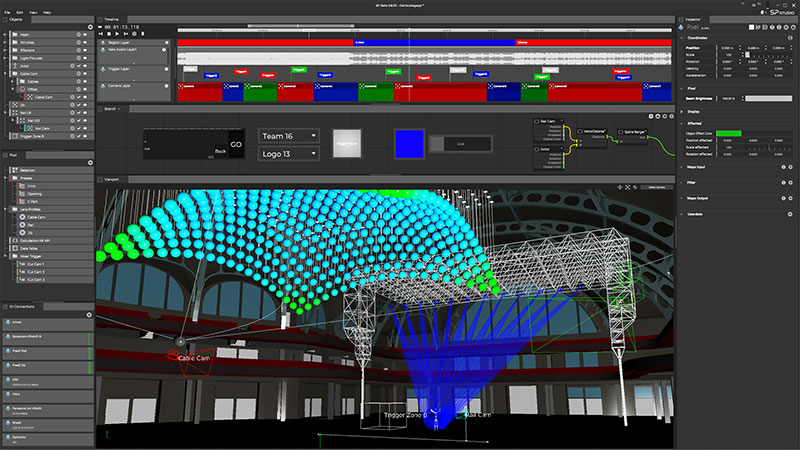 For live event, installation and broadcast AR workflows, managing large volumes of data from different protocols and equipment manufacturers has been a persistently unwieldy task and a major workflow hurdle for creative and technical companies. To better manage data in response to production challenges, Stage Precision in Frankfurt, Germany was launched through a partnership between members of bright! studios and Creative Director and software developer Michael Hantelmann.

Complex production environments often include multiple data sources for camera, performance or object tracking encoded in different protocols and stored in disparate locations. To manage this influx of data, teams use Stage Precision, currently available in beta, to bring data from all devices in the workflow into a centralised hub in order to make it easier to access and use, and where it can be accurately synchronised.

With all sources in a single 3D data set, the data can also be analysed and controlled, connecting virtual and digital worlds within the live production environment, and then sent out to a media server or real-time game engine such as Unreal Engine or Unity. During live productions, all data is recorded to a timeline and becomes instantly available for playback or post-production, where teams can make adjustments and match all content changes to the camera or lens position at the time of the shoot. 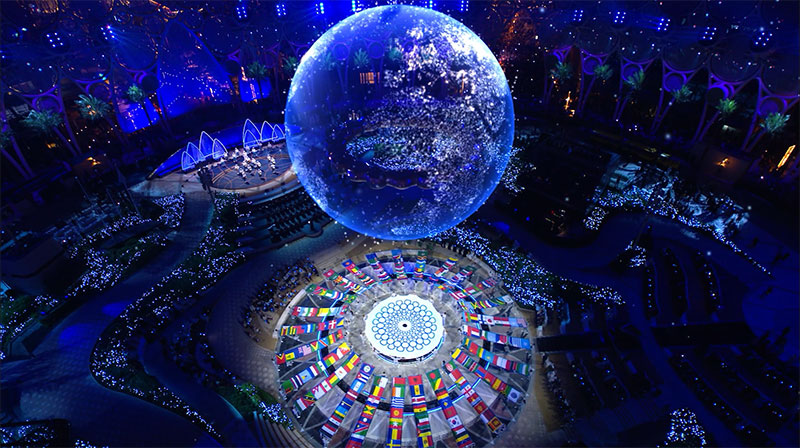 To accompany the software, the company produces a plugin called Shield for Unreal Engine. It gives users more control over broadcast AR workflows by removing the complexity of tweaking blueprints, instead introducing a drag-and-drop workflow in Unreal that allows native access to and control over lenses, calibration and other production variables.

The large input / output connections library in Stage Precision supports position-control and camera tracking data for protocols and manufacturers used across the industry, including NCAM, Spidercam, Mo-Sys StarTracker, stYpe, Technocrane and TrackMen, among others.

For position-control support, it is compatible with real-time 3D tracking systems like PosiStageNet and BlackTrax, as well as OptiTrack for 3D and 2D tracking, that capture and pass positional 3D X,Y,Z and 6D rotation (yaw, pitch, roll) data to automation controllers and systems used to trigger actions. Computer vision-based blob tracking to detect regions in a digital image that have special characteristics, can be done with arrays of multiple image sources.

Sarah Cox, a Technical Business Development Strategist at Neutral Human, works as a consultant for Stage Precision. “Camera tracking is currently in high demand for AR workflows in the broadcast and live event space," she said. "We also support a wide range of other industry input and output device connections, including audio, sensors, controllers and many more.

“The reason blueprinting is unnecessary is because our software wrangles data and shares it as a single source of truth to real-time engines. We handle input, output and the setup of connection profiles for all the different protocols, a process that traditionally requires scripting and coding."

This makes it possible for a wider group of producers to access and work with real-time engines and allows teams to focus more on the creative aspects of production. Unifying creative and technical pipelines, means artists and technologists can now work together in Unreal Engine to solve different problems, ultimately resulting in smoother production.

Sarah said, “Locking our system is critical and needs to be accurate. When using AJA cards, customers can align data points together from different manufacturers and protocols and shift the data within a frame in less than 0.1 milliseconds. They also receive images for our lens calibration workflows and for reading the embedded timecode.”

Stage Precision supports most AJA I/O cards, but has tested and recommends AJA Corvid 88, Corvid 44, Corvid 24, Corvid LHi, Corvid IP,  KONA 5, KONA 4 and KONA 1. “Clients lean on us heavily for recommendations when building their own hardware systems,” Sarah remarked. “Managing new protocols and more complex live event technologies as they appear on the market is an ongoing challenge for us. The ability to recommend the most precise data system to clients, with AJA powering the most accurate data synchronisation, is very valuable.” www.aja.com