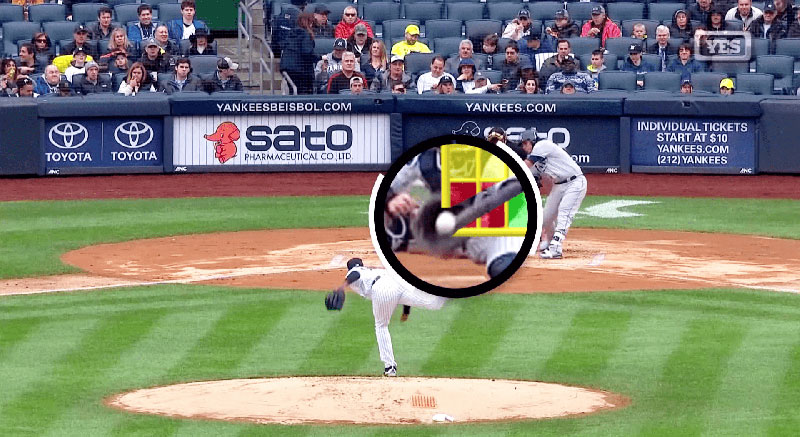 Viz Libero highlights moments in time, creates new virtual perspectives and generates visual insights from live data. All of these features are used to enhance sports video footage, producing programming that expands the fan experience and understanding of the game.

Libero comes with a default broadcast graphics package used to visualise event or player data in real-time, to create 3D virtual replays and for telestration. For Viz Libero 8.1, this package has been updated by broadcast graphics specialists at Girraphic using Viz Artist and Viz Engine 5. Alternatively, organisations can customise their own graphics for brand consistency.

3D graphics are also possible, such as photorealistic AR elements, and new camera perspectives even where cameras were not available to capture them at an event. For automated graphics features like player-tracking and 3D camera flights, users have access to Viz AI, Vizrt’s AI engine. Photoreal AR elements can be integrated into a studio, and anchors can use a touchscreen to interactively apply AR objects when telestrating highlight clips. 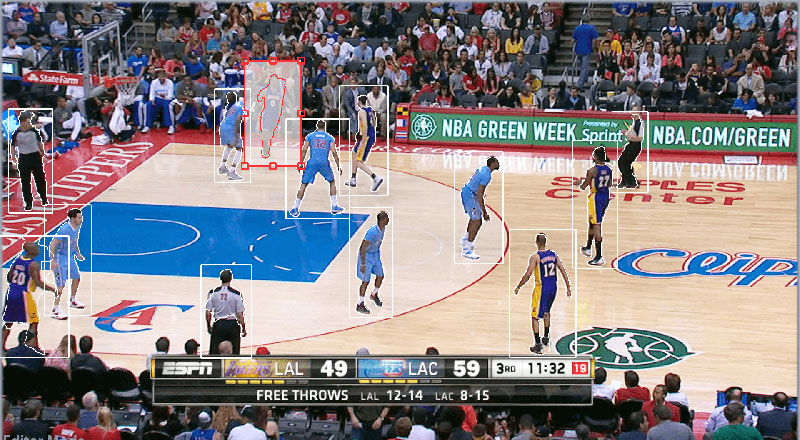 AI-assisted recognition and masking of players to generate object cut-outs.

Viz Libero operators can access all of these tools and features, starting with camera/venue calibration and accessing video, to adding data, 3D virtual effects and telestration, via the software’s UI. Viz Libero is adopted as a turn-key system – it does not require further infrastructure, but it can be integrated with the major video-replay systems, and with live, file-exchange or server-based production environments. It supports data connections with sports data providers and has an open API for individual integrations.

Viz Libero’s multiple output formats, enabling delivery of many video formats, is also a factor that minimises the time and resources needed to produce content for various platforms.

Regarding the new camera perspectives, 3D camera-to-camera flights can be created to deliver hyper-realistic virtual moves. The workflow for producing these flights has been updated in Libero 8.1. While creating them does not mean installing lots of cameras on site, users do need enough up-to-date video material of a venue – live video input, or video from a replay system or from files – to feed to Vizrt’s AI engine to process into data that Viz Libero can use. The software will then be able to generate its own realistic virtual camera images, angles and flights over the location, even if the necessary physical cameras were not present at the venue. 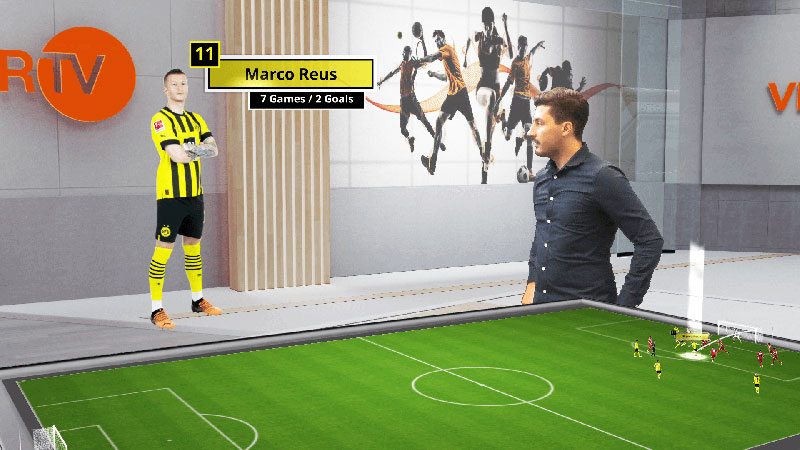 Viz Libero AR Player extracts players from video for use in the studio.

Players in shots need to be masked when producing virtual camera moves. Using AI to replace the manual task of recognising and masking players to generate object cut-outs, Viz AI helps to create 3D flights in far less time. Further to this capability, a new Viz Libero AR Player tool extends the existing ability to render AR players into video to extend storytelling. Producers can highlight players in an actual match situation, or work with a 3D model or an image, and extract and place them in the studio next to the presenter, together with visualised statistics and other data to deliver more details to fans as the action unfolds.

Viz Libero is made for remote production workflows, allowing operators and hardware to be located anywhere to create content for sports coverage. By utilising Viz Libero’s file-based workflow in the cloud and deploying the tools via Viz Now, the operator can also be separated from the hardware. 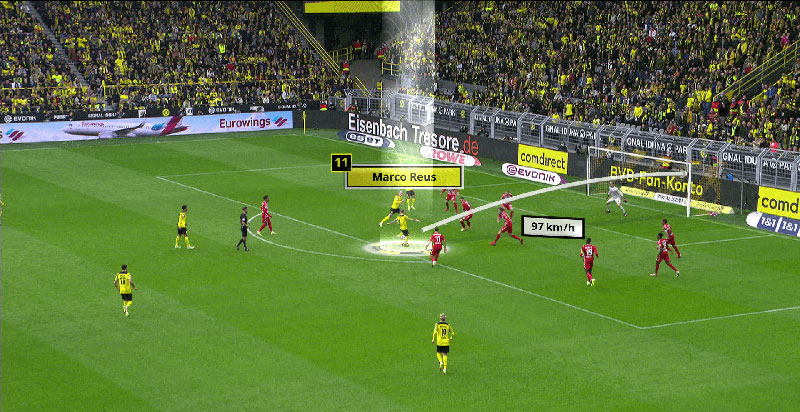 Viz Now is a new software-as-a-service portal, hosted by Vizrt and used to deploy and access templated and pre-configured live production tools through a simple UI. Viz Now automates the secure deployment of the software, and provisions various AWS cloud services required to run it. Its advantages include the ability to select the specific Vizrt and 3rd party tools needed for each live production. Users can create new production capacity as needed and remove it when projects are complete.

On Viz Now, Viz Libero can be launched as a simple, file-based only workflow. At the same time, because NDI applies to this workflow, users can add an unlimited number of IP sources to their projects. NDI live ingest and output through 3Play, NewTek’s sports video production system, gives sports storytellers further options to use Viz Libero to produce and distribute engaging, low-cost replay sequences to fans.   www.vizrt.com