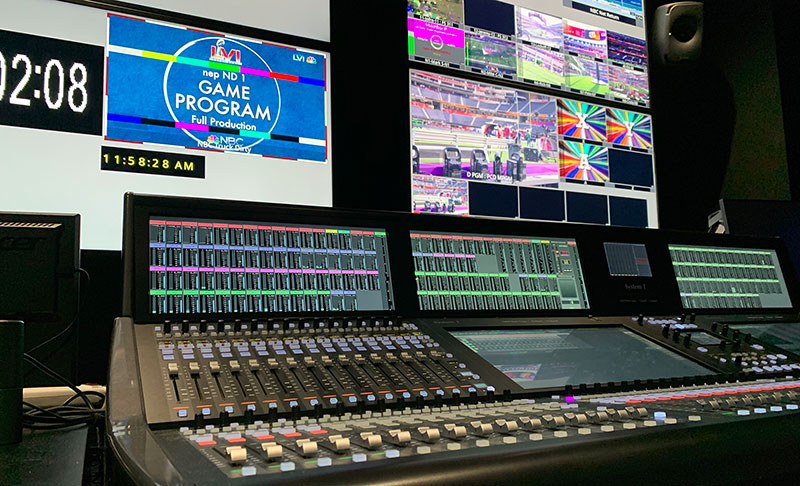 The NFL began planning more than four years ago to move its media headquarters from Culver City, California, to a new facility in Inglewood with the goal of building an up to date, IP-based broadcast production facility.

Launching just ahead of the 2021 season, the new headquarters became the official home of NFL Network, NFL.com, NFL RedZone for live games, the NFL app, and many other departments that support the league’s media operations. A modern, IP-based, 4K and HDR-capable production facility, it employs over 1,000 people running numerous production-control rooms, audio-control rooms and workstations, and houses five main stages.

The production facility operates through 31 direct fibre audio connections from the building to nearby SoFi Stadium, home of the NFL Los Angeles Rams and Los Angeles Chargers, plus six direct fibre audio connections throughout the complex. The headquarters is also connected to all 30 NFL stadiums via a 10-Gbps interface and all 32 NFL practice facilities. The post production operation consists of 18 edit bays, two audio-sweetening suites, and 90 VDI desktop editors that can be accessed on a thin-client device from anywhere in the building or remotely. 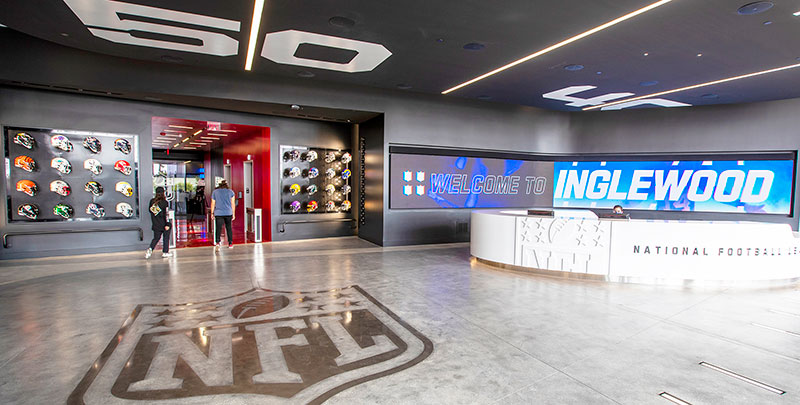 NFL Media is currently producing 1080p60 broadcasts with Dolby 5.1 audio, but the infrastructure is capable of 4K60 with Dolby Atmos 7.2.4 audio and can scale to any format in the future, including HDR or 8K. To bring this all together, the facility has nearly 18,000 Dante audio network connections, 16,000 MADI connections, and over 2,000 Riedel intercom channels.

The Dante Audio-over-IP platform is used to transport audio and control data over standard 1GB ethernet networks of Dante-enabled devices, which are manufactured by hundreds of manufacturers around the world. Dante replaces point-to-point analogue and digital connections with software-based routing, sending audio channels anywhere on the network with their original fidelity preserved. 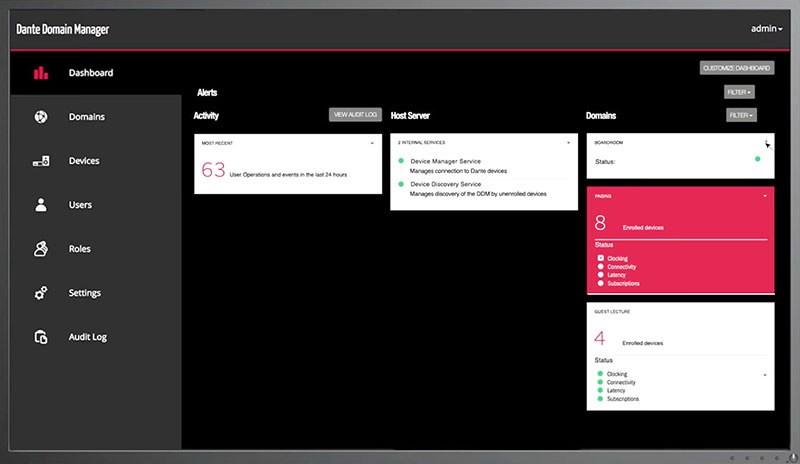 The software organises the system into independent, non-interfering groups of devices called Dante Domains. When the time comes to build out their AV coverage, Dante subnets – isolated groups of network devices and IP addresses – can be defined on a routed network with no workarounds and no change in performance. Subnets help to isolate responsibilities, or identify separate physical areas of an installation. Support for GPS clock synchronisation allows systems separated by distance to share audio and video.

“We needed a solid infrastructure for the productions we’re creating today, and we need to know that the system we have in place can grow with us and accommodate our future needs,” Bruce said. “Dante has that level of scalability and flexibility.”   www.audinate.com