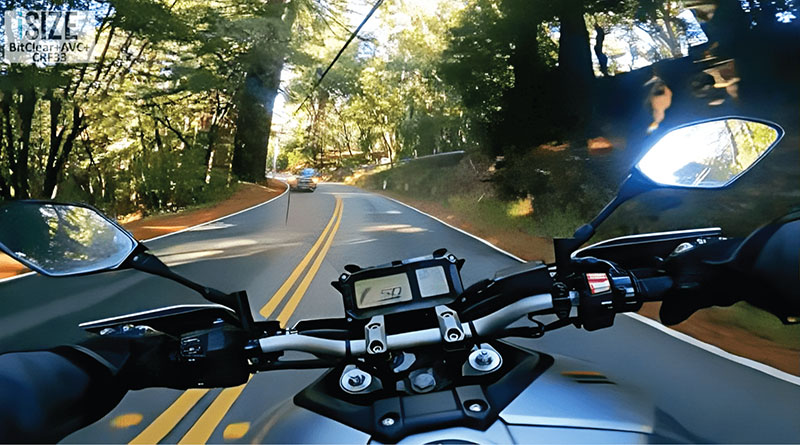 iSIZE has released its first performance results taking advantage of the new Intel architecture developed for the 4th Gen Intel Xeon Scalable processor. Called Advanced Matrix Extensions (Intel AMX), the new design allows AI-based video processing like iSIZE BitClear to be performed entirely within the CPU, avoiding the latency, energy and cost overheads of linking to a GPU or other external accelerator.

The volume of video to be processed, delivered and stored continues to grow exponentially. The material ranges from professional archive footage and consumer-generated content to surveillance and drone images, as well as the hours of video that are uploaded to YouTube. Although much of this material has a limited resolution, even the market for security, surveillance and drone video is growing steadily.

The video quality from such applications may also be affected by dirt or rain on external lenses, drone vibration, storage and upload limits, and degradation in the case of archive footage. To overcome these problems through processing, iSIZE BitClear uses deep learning techniques to dynamically restore the video.

Trained to disassociate the source and noise data and recover video details, the aim of BitClear is to achieve the best possible quality, without affecting the perceptual intent of the content creator or changing the aesthetics of the decoded video. A similar approach and techniques also permit AI-based video upscaling, allowing devices of limited native resolution to contribute higher-resolution streams.

Due to the use of Intel AMX, BitClear processing can be completed entirely within 4th Gen Intel Xeon Scalable processors. Measurements with BitClear have shown that these new processors with Intel AMX deliver up to twice the performance of the earlier 3rd generation, which means that BitClear can achieve denoising up to 1080p and denoising with upscaling for video up to 2160p resolution, in real-time, respectively.

Video with BitClear shown to the right.

Previously, that could not be done without a specialised GPU or other accelerator hardware. By reducing the need for extra cores to be added to equipment racks, built-in accelerators may also bring significant energy savings.

Sergio Grce, CEO and founder of iSIZE said, “AI-based denoising and upscaling of video is well-known to require heavy use of GPU hardware, increasing total cost of ownership in comparison to CPU-only execution. We have demonstrated our BitClear system for AI-based video denoising running in real time on the 4th Gen Intel Xeon Scalable processors, serving as an effective combination of performance and practicality.”