Trailerhaus in Germany produces theatrical trailers and editorial material for the German-speaking market, and works with the major production studios as well as with independent filmmakers across Germany, Austria and Switzerland.

Trailerhaus has redesigned its media management infrastructure and security measures to meet new security standards in line with the Trusted Partner Network (TPN), a film and television content protection initiative resulting from a joint venture between the Motion Picture Association (MPA) and the Content Delivery & Security Association. The TPN helps companies prevent leaks, breaches and hacks of their customers’ movies and television shows prior to their intended release, and establishes a benchmark of minimum security preparedness for vendors.

Due to the nature of its work, any upgrade to Trailerhaus’ media management needs to consider security and performance as priorities. Trailerhaus Founder and Chief Creative Officer Norbert Keil said, “For a facility like ours, security is as important as being recognised creatively. Stolen content costs clients millions of dollars and is the end of your business.”

New processes in entertainment production and distribution, such as file-based workflows, distributed collaboration, cloud-based production or adoption of IP delivery, help make media and entertainment content production more agile and efficient. But they have also increased the number of points where an unauthorised user can try to enter or extract data from an environment. 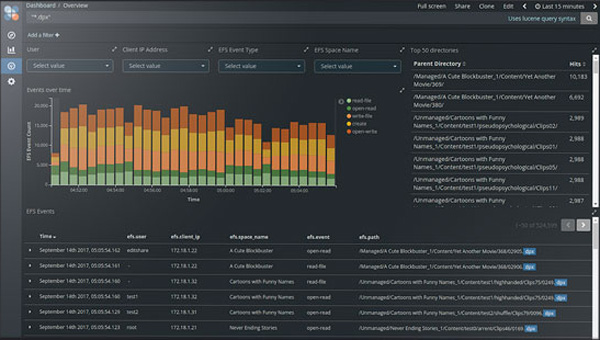 “Currently, the biggest risk is not so much through weaknesses in cyber systems as it is the people that have access to the content and the lack of protocols governing how they should handle, modify and distribute material. Having organisations like the CDSA and MPAA to identify best practices, and TPN to define security standards that we can all follow, benefits the industry. It gives our clients peace of mind that we are implementing the highest degree of security measurements. Standards also give developers clear guidelines when building the capabilities we require into their products.”

After researching their options for the new infrastructure, Trailerhaus opted for the EditShare EFS shared storage system with digital file auditing capabilities, a security best practice as defined by the CDSA and MPAA. Trailerhaus was already an existing EditShare customer, and had originally invested in EditShare shared storage because of its project sharing capabilities, a core capability that supports the performance, reliability and collaboration needed in a secure environment.

However, if these tools are breached or circumvented, they don’t normally keep information about people involved and which assets were risked. EditShare EFS Auditing capabilities focus on answering ‘Who did what to which files and when did they do it?’ EditShare file auditing operates as part of the file system itself and is constantly aware of all user behaviour and actions including all login and logouts and all file opens, creations, modifications, movements and deletions.

A real-time visual snapshot of all project and content activity is displayed through a dashboard. “When we first started, we could only trace logins on PCs. With EditShare file auditing, we are now able to trace content movement back to exactly who did what and when. It’s also very simple to use,” said Norbert.  www.editshare.com