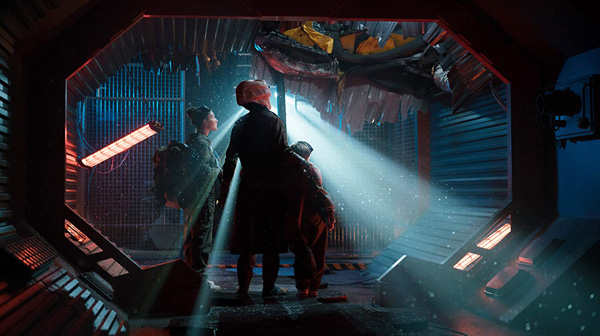 Anna Knochenhauer is a film producer and post producer in Stockholm, working on television drama series such as ‘Euphoria’, ‘Welcome to Sweden’ season 2, and ‘White Wall’.

“Post-producing mostly drama series is my main line of work, and I also get to produce a feature film every now and again too, which is fun. I love being able to work on more than one project at a time, which is always the case as a post-producer in Sweden,” Anna said.

“My priority is controlling the whole workflow – from the cameras, to the sound recording to final masters. Well ahead of the shoot, it’s also important to work with the producers, directors, DPs, production designers and VFX supervisors to collectively plan scenes or shots that could involve visual effects in order to find the right approach. Once shooting has begun, we don’t have much time for planning.”

During production, Anna has to focus on the recorded material, backing it up safely and having all media transcoded and synced to reach the editors as soon as possible. To keep the entire process working, she also needs to maintain the metadata accurately, in the correct format, throughout production.

Over the last few years, she has used software called DejaEdit, developed in Sweden by DejaSoft for editors and operators who need to collaborate between multiple remote Avid editing platforms. Media and timelines created or imported into one connected system are shared and mirrored to the local or network storage of other connected systems. These interactions take place automatically in the background, over the internet. 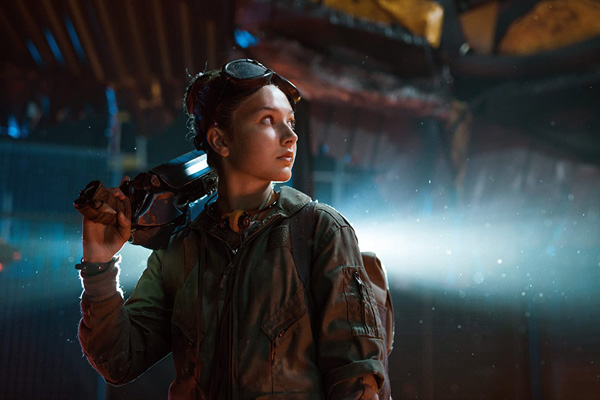 The system’s connectivity allows remote editors to work together on a single project, speeds up file exchanges between location-based editors, DITs and VFX houses and makes projects accessible anywhere, at any time. Throughout, editors collaborate with the same media files and share bins while the software maintains a robust, updated local copy of all associated files.

DejaEdit’s Client application identifies various user types, remote and local, starting with the DIT or master editor working on set and ingesting the rushes into the system, and including general editors, editorial assistants and VFX users working from a VFX facility. VFX users can create EDLs for pulls, export reference files and so on. “All media is pushed automatically to all connected Avid systems, which means that the editors and assistants don’t have to stop and search for missing media files,” said Anna.

The software’s core functionality is file synchronisation. Media is synced when DejaEdit starts, and after the initial sync, it will look for new media once an hour, and send media created by the editor to the server. When Media Sync is complete, the editor will be notified of new media and can access it in Media Composer. DejaEdit also creates task-specific folders containing bins, and ensures that the relevant production members – editors, director, VFX staff, assistants – are aware of shared media whenever it is added to the folders. 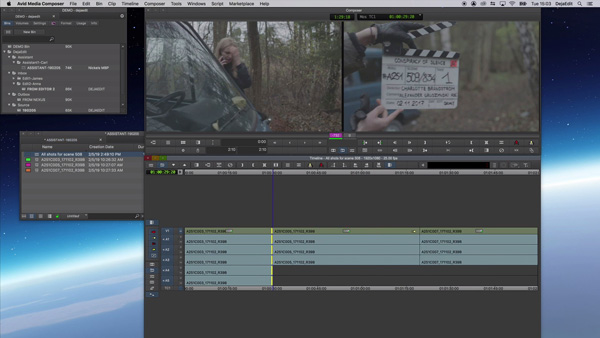 Metadata for shared bins and backups is stored on DejaSoft’s Cloud, which uses Wasabi Hot Cloud Storage. Users have the option to keep control of all sharing operations using their own Cloud storage via Amazon Web Services S3, Wasabi Hot Cloud or Backblaze B2.

Anna first used DejaEdit working as producer/post-producer in a children’s sci-fi adventure movie ‘Alone in Space’, with a fair number of VFX shots and a small budget. Efficiency was critical, and DejaEdit was used to copy media to all the Avid stations.

‘Alone in Space’ was used as a pilot project of DejaEdit at CAN Film, also owned by the founders of DejaSoft. It was shot in a studio outside of Luleå in Northern Sweden. The rest of the post team, including an extra editor Theo Lindberg near Stockholm working remotely, were located in different cities and buildings, and used DejaEdit to sync the media files. CAN Film managed the entire workflow, which included back up and editorial, from their location in Gothenburg.

In this project, the DIT Adam Söderholm used Colorfront Express Dailies for offload, backup, audio sync, QC and transcode, using the sound file names to label the synced clips. He generated h264/mp4 Dailies files and uploaded them to the online platform iogates.com for access to crew and producers and created files in DNxHD36/MXF formats for Avid. 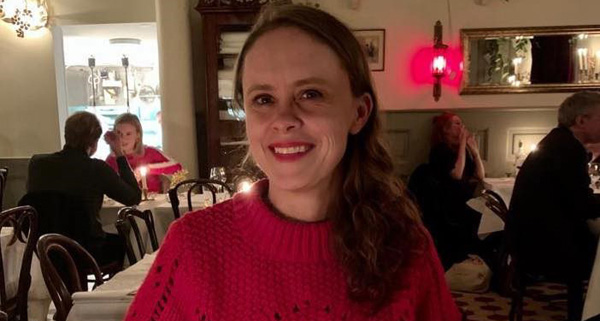 For the first three weeks, the project’s lead Avid Editor Hanna Lejonqvist worked on set with the crew, and started editing the film on the material received from the DIT via DejaEdit. Later, Hanna at the studio and Theo near Stockholm could share the editorial work in Avid.

As soon as a camera card was full, the crew delivered it with the sound card to the DIT. Anna said, “The DIT was the only person doing all the offloading, backup and transcoding, the automatic log and sync work, plus the organisation within Avid, but managed to achieve all of this in a normal 8-hour working day, assisted by the automation in DejaEdit. No assistant editor was needed until after the shoot, and even then, only for half of the time.

“DejaEdit helped with the process and made production more cost-effective," said Anna. "For example, Theo used the ToSet folder and function to share and communicate with the director. Instead of exporting a QuickTime or mp4 and manually sending it to the director, he could put the work in bins in the ToSet folder, which are sent automatically to the DIT station at the studio, where the director would view them in an Avid suite."

After the cut, the DIT imported the offline video and sound files to Avid, completed a basic sort procedure for the editor and then used DejaEdit to synchronise all of the project files along with the media. The picture post production and VFX work was then handled by Chimney in Stockholm and the audio was completed at Ljudbang in Luleå and Stockholm. 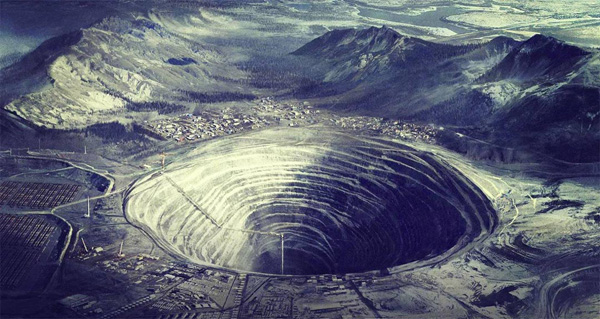 More recently, the upcoming series ‘White Wall’, a science fiction mystery, was primarily shot in a remote village in northern Finland. It also involved remote freelancers and teams, but because the visual effects were such a key story component and so numerous, using DejaSoft to automate interaction between editorial and the VFX facility was a good way to save time.

Samu Heikkilä was one of the Avid editors, working remotely from his home studio outside Helsinki. The other editor Kristofer Nordin worked from the production company’s Stockholm studio.

Anna said, “Like ‘Alone in Space’ the DIT did the automatic syncing himself, without an assistant, in DejaEdit, this time with Pomfort Silverstack Lab dailies, and imported the files into Avid for the editors. After production, Assistant Editor Sanna Carlson used DejaEdit to assist both editors with media file exchanges, and was able to take on the role of the VFX editor as well.” 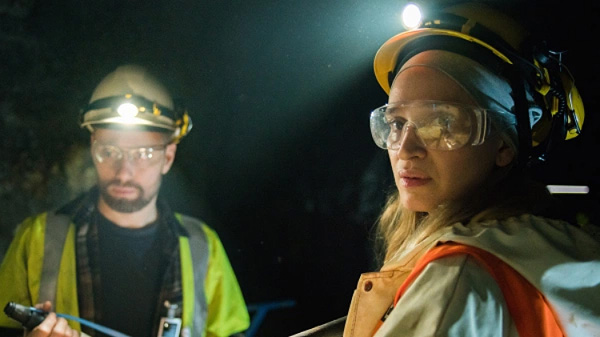 The VFX, DI including colour grading, online and mastering then took place at Post Control in Helsinki where DejaEdit was set up so that the assistant could share cuts and scenes in layers during the offline with VFX Supervisor Tuomo Hintikka. He could pass media files back and forth very easily as bash comp placeholders in Avid for the editors.

“It was also helpful to be able to share VFX shots or even entire episodes this way for a final check with Tuomo, before we were ready to do VFX turnovers and full handovers of the episode. As a result, we had minimal errors to deal with on the final deliverables, which sped up the process significantly,” said Anna.   dejasoft.com