GBH Builds Editing in the Cloud on EditShare’s AWS Workflow 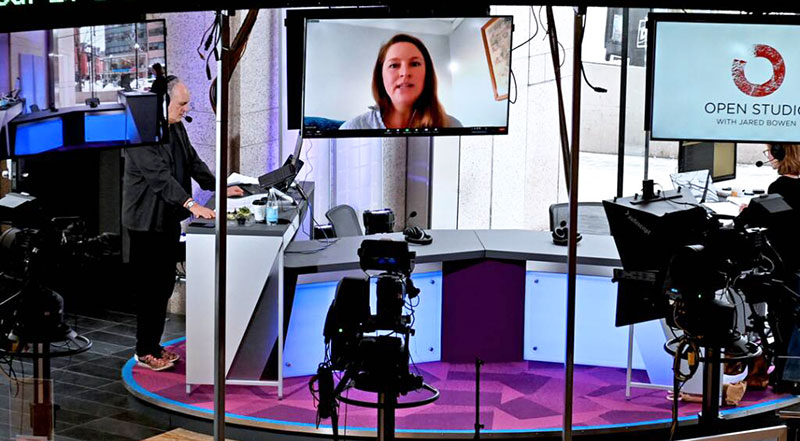 GBH is the primary member television station of the Public Broadcasting Service licensed to Boston, Massachusetts. GBH News is also among the fastest growing local news providers in greater Boston and depends on a multi-platform newsroom.

As one of the largest content creators and providers for public television in the US, through its various co-productions, GBH achieves a global reach. The volume of work it produces is such that as many as 100 to 150 editors could be working on a range of projects at any one time. 'Antiques Roadshow', 'Frontline', 'NOVA' and 'Masterpiece' are a few of its more popular productions, and it is responsible for as much as 30% of PBS primetime content.

GBH recently took measures to modernise media workflows across its post-production operations. Shane Minor, CTO of GBH, started in this role in 2014, noting at the time that although the company was gaining interest in the cloud, little practical application was actually underway. He decided that one of his priorities would be to start their journey towards cloud infrastructures.

The driver for that move was to find new efficiencies in the way GBH worked. Tim Mangini, senior director of production technology, said, “I was concerned that, when a production was complete, the production team would load everything onto a hard drive and then come over to our studio at GBH, where we could carry out a finishing session. 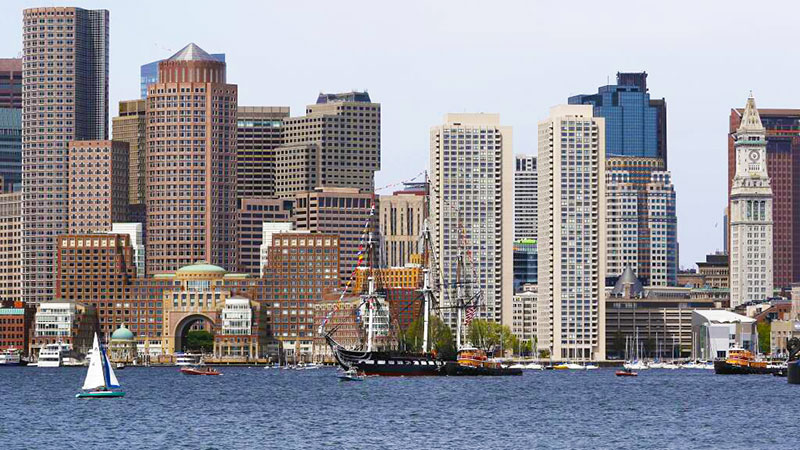 “Drives would need to travel back and forth several times to create versions and promos, and it seemed to me that energy was being wasted. It would be better to capture once, ingest once, and then publish many times, but our earlier workflows didn’t allow that.”

Regardless of their intentions to change work processes, during the first half of 2020, the pandemic changed everything. “We have around 35 edit suites in house – but couldn’t allow any editors in the building,” said Shane. “Security was the big issue for me. Our traditional approach had been to make sure our media stayed inside our firewall, inside our building.”

GBH had to act quickly to find a way for in-house editors to work remotely, while maintaining the level of security their productions and clients demanded for their content.

“To begin, we used a virtual desktop infrastructure to help users access the environment remotely,” Shane said. “But we were filling it up. We soon reached a point where we had more people on the VDI than it was designed for.” 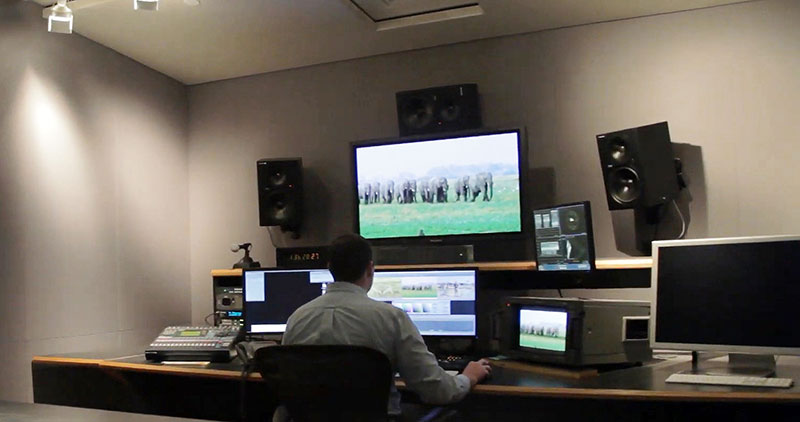 The feeling was that, while it might not quite be a perfect system, it was a start. They developed a collaborative session feature, whereby producers could ‘look over the shoulder’ of a an editor by sharing their screens for real-time exchanges of ideas. That was important to achieve – producers felt they could still be a real part of the edit while physically remote.

But ultimately it led to a broader debate about what they could really achieve through a remote production workflow, and what benefits they could achieve in terms of productivity, agility and cost-efficiency while still retaining that vital content security. That is what led them to look seriously at a cloud-based post production platform, and to conduct proof of concept trials with a couple of different vendors’ systems, one of which was EditShare’s cloud workflow, hosted in Amazon Web Services.

Shane said, “We worked through what editing in the cloud might look like. We knew what editing on premises involved, but we wanted to test all the various pieces and parts. Through this test we had some positive feedback from editors and it seemed that it would be viable for many tasks. So, we had some of our top editors really give each system a hard workout to see what worked and where we needed to focus our attention.”

For Tim, the turning point came when the team could confidently say the experience “was almost indistinguishable from being in the building and working on my edit station”. Tim said, “That made all the difference for us, because whether the editor is sitting at GBH working with a director beside them or working from their home, the experience needs to be identical. For editors, this experience is absolutely vital.”

EditShare plus AWS plus Performance

Within a short time, the evaluations showed that EditShare had the right approach for them. The cloud-native system that combines high performance storage, media management and remote workstations was already virtualised in the AWS cloud, GBH’s preferred supplier, and it had the security features that Shane Minor demanded. 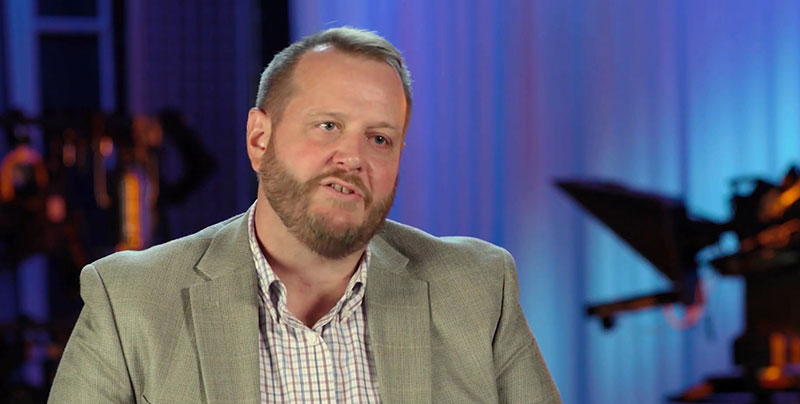 “There is no question that, for us, the cloud is a secure option,” he said. “We put in the time and energy to make it a secure system. We own the tenancy – we own the AWS space we occupy. We can monitor logging and metrics and handle all the security tasks, as we would in the building, in our cloud infrastructure.”

As well as security, the system also maintained a high level of performance. With low latency and lack of lag, it gave the editors the immediacy and the high quality video that they were used to in a local edit suite, a significant milestone. It also delivered on the promise of remote collaborative working, with people working from wherever they were, provided they had an internet connection.

“We have great connectivity to AWS,” said Shane. “That meant that the editors reported phenomenal results and felt like they were editing on a local station. That’s what we needed to hear to know that this was a viable option. Not one editor said, ‘I can’t work this way – I’m going to come into the building.’ It’s working for everyone.”

The economics were also transformed, because costs are only incurred when editors are using cloud resources. Furthermore, the tools themselves can be fine-tuned. “By virtue of being AWS infrastructure, we can have editors working on the up-to-date, high-performance compute CPUs that they want,” Tim said. “Likewise, when they need less power, we can pay less and just pay for a basic CPU for that part of the project.”

Tim and Shane pointed to another benefit of cloud hosting that is sometimes overlooked. Whereas with on-premises hardware, edit suites need to be taken offline to upgrade the operating system or application software, in the cloud this job can be accomplished instantly and automatically, with no impact on productivity. It means that cloud editing machines can be updated much more regularly. 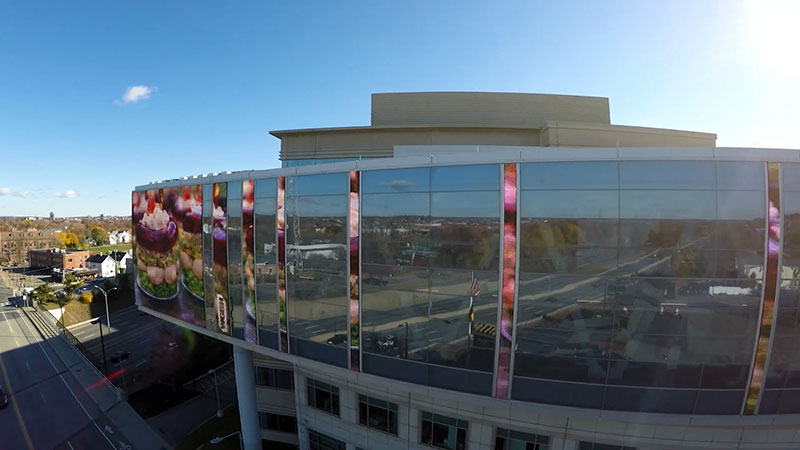 Now that EditShare’s cloud storage and workflow management is inside the GBH ecosystem, Tim feels that its greatest advantage is in the workflow. “We can have an editor in Idaho, a director in San Francisco and a producer in New York, collaborating as if they were in the same room. Once media is ingested, everybody who needs it has access to it. Workflow has been a real advantage for us.”

Shane said, “A large number of our productions are actually co-productions, and those co-production teams exist somewhere else in the world. Now we can bring those co-producers into the environment whenever necessary and work collaboratively with them. Collaboration used to mean a lot of drive-shipping, or a lot of travel – co-producers coming to Boston, for instance. Our cloud facility now gives us the ability to expand really quickly.”

Throughout the project, security remained Shane’s number one priority. “For me, the deciding factor in EditShare’s favour was the tenancy and my ability to secure the environment in AWS. It was something we hadn’t seen elsewhere.” editshare.com