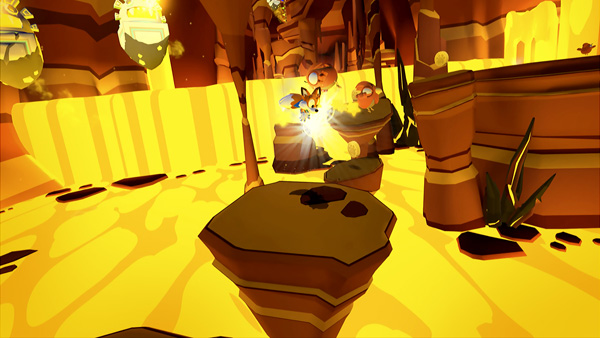 ‘Lucky's Tale’ is a 3rd-person platforming adventure game that video game studio Playful Corp designed specifically for virtual reality and the Oculus Rift. Designing a 3rd-person-perspective platformer is unusual to begin with, but creating it in the VR format added a further challenge. The approach Playful developed for the camera, character motion, environment and gameplay had to make sure that all of these factors worked together in a comfortable experience.

The team wanted players to feel they can move through the environments however they like, and interact with them and the protagonist, Lucky the fox, as he jumps between the world’s suspended platforms and over obstacles to move the game forward. 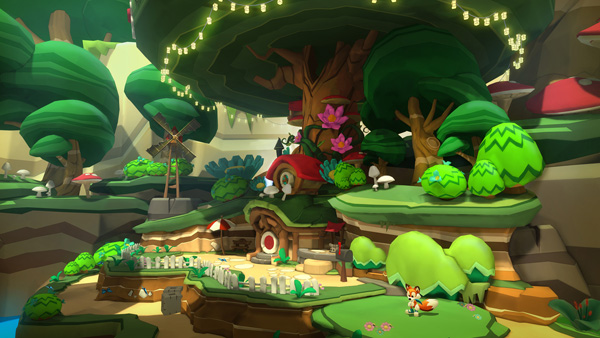 Playful is located in Texas near Dallas. Juan Martinez is a Technical Animator there, specializing in video game development. When making decisions about new projects, Playful likes using prototypes. “‘A prototype is worth a thousand meetings’ is the approach we use here - instead of talking about things, we try things,” Juan said. “You try ideas and the fun ones surface. This is how we got started on ‘Lucky’s Tale’.”

He believes it's vital to create prototypes for games, especially in the case of 'Lucky's Tale'. At the time, no one had seen a platformer in VR – which left a lot of essential questions. Will people get motion sickness the camera moves? Why does moving forward feel good, but backing up uncomfortable? They also discovered that they had to make the game characters toy-sized because if they were human-sized, not only did it feel quite creepy to have a six-foot, anthropomorphic fox staring the player down, it also made even the simplest of movements like walking and jumping much too intense. 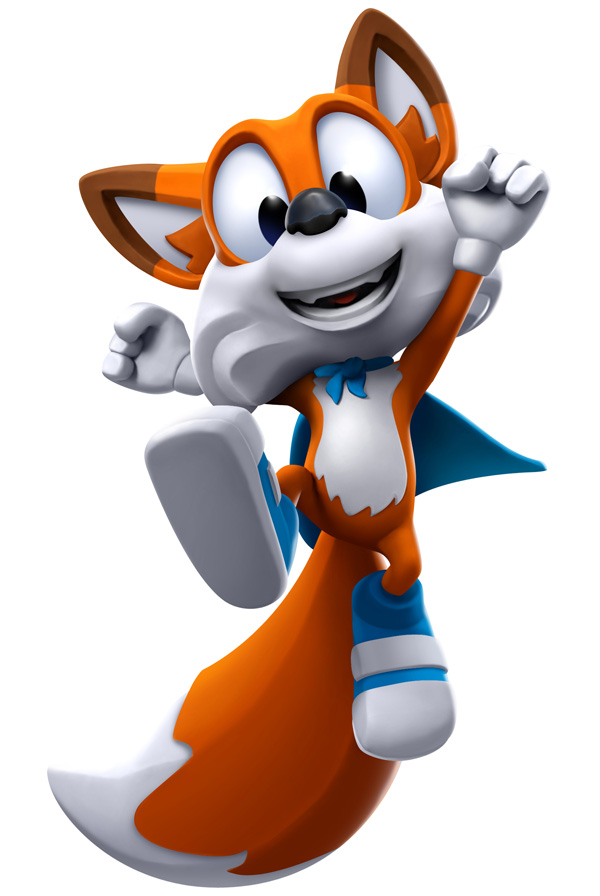 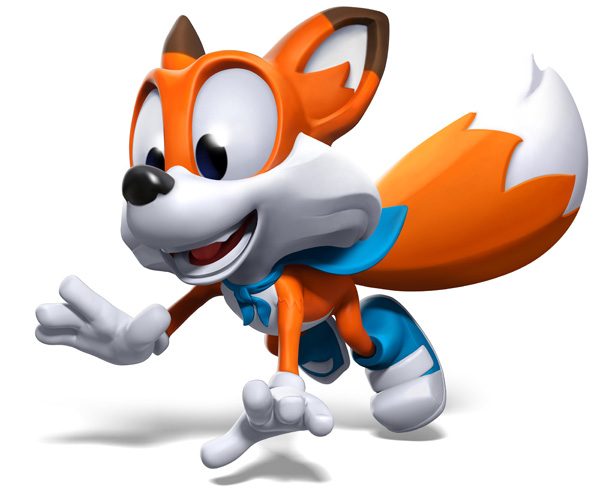 ‘We made about 30 prototypes for Oculus in a month. Each prototype we made taught us one new thing about developing VR games, which is why it was valuable to make so many. When we put all of those things together in the final game, we agreed we had come up with something really compelling,” said Juan.

“Instead of using 3D software, it's easier to build prototypes in a game engine like Unity or Unreal where you can quickly mock up a basic concept. The ﬁrst step is to have an idea. The second is to fail or succeed as fast as possible. To save time, for nearly all the prototypes we just used primitive shapes like capsules and boxes. Out of 32 prototypes, we did a polish pass on about six of them. That's when we would move into our 3D software – at Playful we use Autodesk 3ds Max - to add some artistic ﬂare and animation to the demos.” 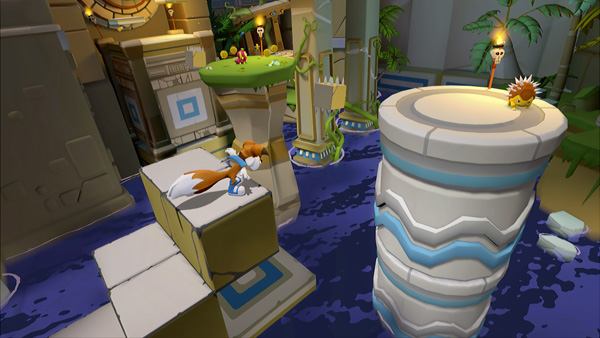 The team was working on these prototypes before Facebook had purchased Oculus, where the developers were making very rapid progress on their hardware when they suddenly realized that without great games, it would be harder to be commercially successful. Playful was ready to step up to the challenge, and worked with them to make the menus, a game launcher and possibly a storefront.

Juan said, “Since VR was so new to our team, we had to ﬁnd the rules. We learned two important things that guided us in ‘Lucky's Tale’. First was the basic fact that camera movement in VR can make people sick unless you give them a focal point like Lucky to draw their attention. Second, when a game character interacts with you in VR, you feel one hundred times more connected to them. If you look down at Lucky, his head will turn to look up at you, and when you lean in, he'll laugh and stick his tongue out at you. These are meaningful emotional moments. 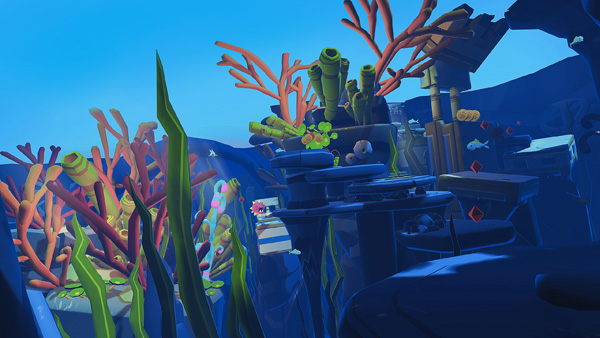 “In a way, the VR medium’s biggest strength is also its biggest weakness for this type of game. We worked to breathe life into Lucky's cartoony world and people feel like they've been magically transported there. Everywhere they look is a new, fun interaction. But then if you try to tell a story, people won’t necessarily look where they are supposed to! Speciﬁc to 3rd-person games, I think playing with Lucky as naturally as a child plays with a toy feels incredibly rewarding.”

Although the nature of a prototype meant they could have put any visuals they liked into them during development, they knew already that in ‘Lucky’s Tale’, they wanted to present something nostalgic to gamers as soon as they put on the hardware. Juan is really pleased with the look they’ve achieved - colourful, charming and able to draw all types of viewers into the world to explore more of it. 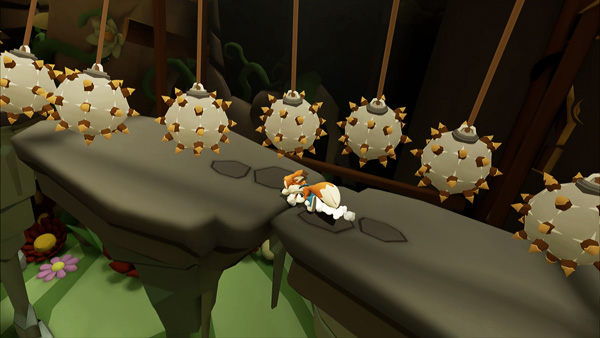 “Unlike a typical 2D game, textures can start to look like wallpaper in VR, so we started to model in more polygonal detail to support the experience,” said Juan. “However, we also had to run at 90 fps per eye, and our initial iterations ended up having to use some mobile game techniques like vertex colour and lightmapping in lieu of expensive shaders and dynamic lights. But since the release of Lucky's Tale, video cards and game engines have really optimized their render pipelines so we can now start using more effects and shaders without such a hit on performance.

“At the studio we encourage employees to use whatever tools they prefer, but we run a basic game pipeline that is similar to other studios. Right now, we’re using 3ds Max, Maya and Zbrush, which help us make content more quickly. 3ds Max is extremely useful in building out the environment. Each environment has a modular design, and we then stitch them together in Unity. This is the basis of our VR workflow.” 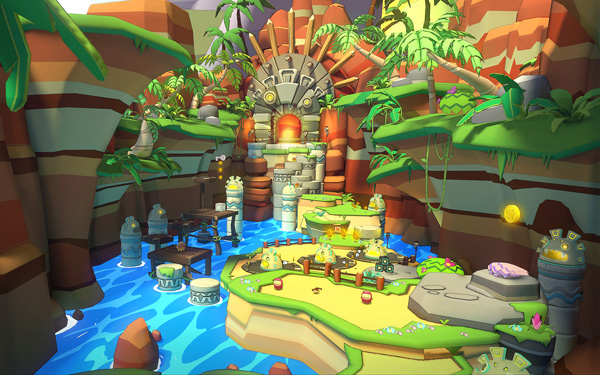 They also develop their own animation plugins for 3ds Max and Maya. Juan works on 3ds Max, and one of their technical artists specializing in Maya takes care of tools for that software. Playful’s modular rigging system, which quickly creates characters ready for animation, is an example of one of these.

Juan said, “I’ve been in game development for 17 years. When I was growing up, video games were simpler and were played in arcades. When I got my first computer to support these games, I got really interested in the creation. I found 3ds Max and started training myself. Since then, I’ve used Autodesk tools the entire time. 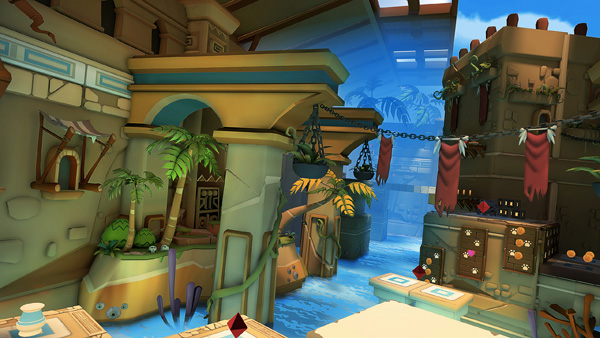 He had worked with Playful’s founder earlier in his career at Microsoft, and was elated when he called and told him about the new company he was starting. As an independent studio, they have encountered a lot of challenges such as the need to find publishers, and how to compete for talent with big studios.

“We’ve actually overcome many of the challenges,” said Juan. “For instance, we want to work on games we own, not someone else’s - we own the IP of ‘Lucky’s Tale’ and also of ‘Creativerse’, a sandbox game where players are free to wander and find adventures wherever they choose. But we also need to sell our ideas to publishers. Because they have their own IPs they want to work on, they can be afraid of trying new things. Nevertheless, three years ago we were a team of 12 that now numbers close to 50, and the amount of talent applying to work here increases every month. Now that we’ve launched with Oculus, having our game in the corner this way feels very cool."   www.autodesk.com