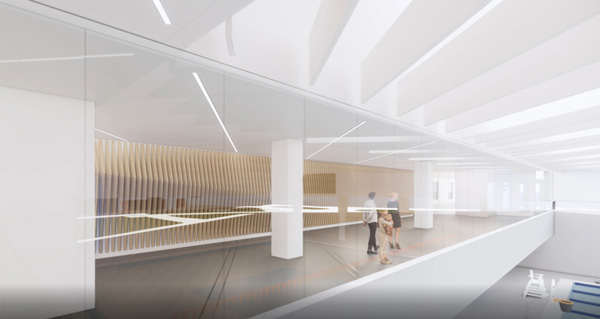 It is being shown at the annual Autodesk University Conference taking place 13 – 15 November 2018 in Las Vegas, and has been developed to make real-time ray tracing accessible to a wider range of developers, designers and artists. At the conference, visitors can experience a real-time, immersive walkthrough powered by the Quadro RTX 4000. By deploying the Enscape3D plugin and a head mounted display, participants can step inside a full-scale Autodesk Revit model and make changes in real time.

The Turing architecture itself was launched in August this year, recognised for its use of new RT Cores to accelerate ray tracing, and Tensor Cores for AI inferencing, which together make real-time ray tracing possible for the first time.

The Quadro RTX 4000 has a single-slot design emphasising power-efficiency that fits into various of workstation chassis, and 36 RT Cores supporting real-time ray tracing of objects and environments with physically accurate shadows, reflections, refractions and global illumination.

8GB of GDDR6 graphics memory represents over 40 percent more memory bandwidth than the previous generation Quadro P4000. 288 Turing Tensor Cores for 57 teraflops of deep learning performance will be able to  accelerate neural network training and inference, which are critical to powering AI-enhanced rendering, products and services that use AI.

The new card can power video encode and decode engines that accelerate video creation and playback for multiple video streams with resolutions up to 8K. It can also serve as hardware support for VirtualLink, a new open industry standard that meets the power, display and bandwidth demands of the recent VR headsets through a single USB-C connector. It enables VR headsets to connect with PCs and other devices using a high-bandwidth USB Type-C connector, instead of cords and connectors. Further to VR applications, there are new approaches including Variable Rate Shading, Multi-View Rendering and VRWorks Audio that the Quadro RTX 4000 supports.

Some of Dell's Precision rack and tower workstation platforms will include Quadro RTX 4000, 5000 and 6000 GPUs from early in 2019. HP Z Workstations will also be combined with one or more Quadro RTX 4000 GPUs, and Lenovo will use them in their ThinkStation P Series machines.

The Quadro RTX 4000 will be available on nvidia.com from December 2018.  www.nvidia.com