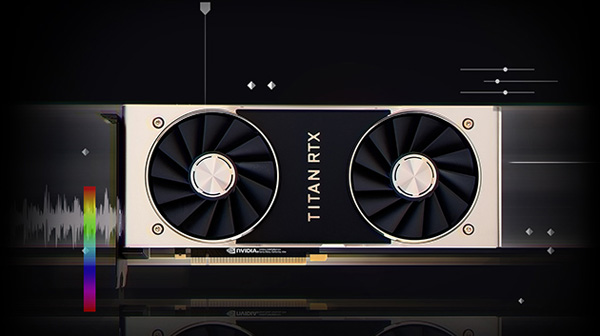 Turing is built with new RT Cores to accelerate ray-tracing, plus new multiple-precision Tensor Cores for AI training and inferencing. These two engines, plus greater compute and rasterisation, are expected to extend the capabilities of developers, designers and artists working in many different industries.

Tensor Cores run deep learning neural services that produce impressive graphics effects for games and fast AI inferencing for cloud-based systems. A major advance on the NVIDIA deep learning platform, this new hardware accelerates computations that account for most of the work involved in training a neural network.

TITAN RTX is capable of combining AI, real-time ray-traced graphics, virtual reality and high performance computing. As well as the deep learning and real-time ray-tracing performance, the card delivers 24GB of high-speed GDDR6 memory with 672GB/s of bandwidth, and twice the memory of previous- generation TITAN GPUs to fit larger models and datasets. 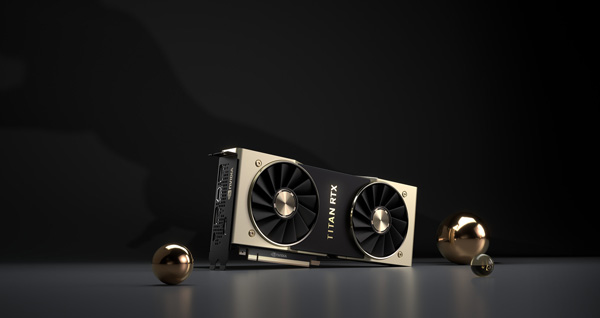 A VirtualLink port with the performance and connectivity VR headsets need is included. This port is the work of the VirtualLink consortium (AMD, Microsoft, NVIDIA, Oculus and Valve) to overcome the fact that the multi-cable, multi-port configurations needed to connect VR headsets to PCs are inconvenient for users. VirtualLink aims to make only a single port necessary.

TITAN RTX will be available in the US and Europe later in December 2018 for US$2,499.  www.nvidia.com