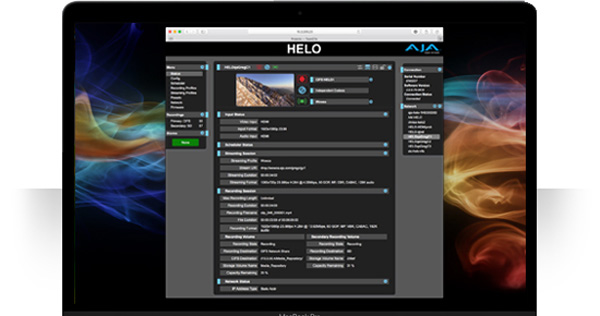 Emerging live streaming systems and platforms are opening new ways for collegiate sports to reach a wider audience. Princeton University in New Jersey is taking advantage of this opportunity. The video production unit within its Athletics Department streams home games for more than 37 sports to students, alumni and international audiences via ESPN+, Stretch Internet and NBC Sports Philadelphia.

Handling up to three separate destination feeds for more than 200 events a year, each with unique delivery requirements, is a challenge. Princeton Assistant Director of Athletics for Multimedia and Broadcasting Cody Chrusciel and partner John Bullis manage operations between them, and spent the last six months preparing their production infrastructure for the 2019/2020 season. They organised the construction of two new control rooms and an on-campus studio, and compiled a flypack.  A further control room and studio are due to come online in late 2019. 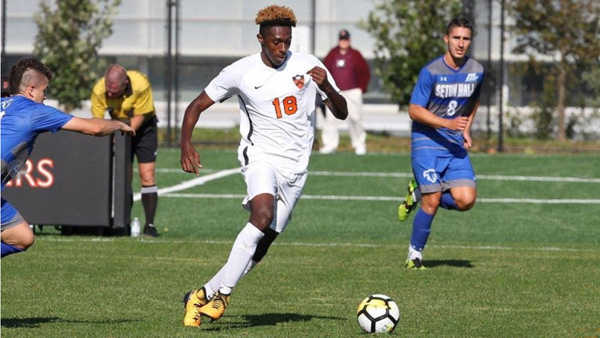 AJA gear is used to run the routing, conversion, streaming and recording operations, configured for each production depending on the sport. For football and basketball games, an OB truck will typically feed 1080p and 720p camera signals over fibre through AJA FiDO Mini-Converters to SDI signals. These can be fed into an AJA KUMO 1616 3G-SDI router and output to the department’s replay system and switcher for videoboard shows.

1080p and 720p camera feeds of the game are also fed through another KUMO 1616 router to various encoders for the ESPN+ stream, an NBC sports Philadelphia stream for select games and to laptops for the home and away team. A similar workflow is applied for other sports productions, but the main feed is taken from Princeton Athletics’ switcher output.

Between the two control rooms, studio and flypack, Princeton has three AJA KUMO 1616 routers, two AJA HELO streaming devices and a number of AJA FiDO Mini-Converters. By using AJA’s web-browser Uis, Cody and John has been able to work on multiple productions simultaneously and to route sources between feeds for ESPN+, the video boards, Stretch Internet and others.

“KUMO has been very flexible by helping us network our workflow and make changes on the fly. With a few mouse clicks we can control all of our routers from the web UI and change how sources are routed. It’s as though we can be in multiple places at once, which is invaluable when your production team consists of two,” said Cody. “With HELO, rather than typing in multiple RTMP addresses as we go between sports productions, we can use the web UI to set up, test and adjust presets for all of the sports feeds we’re distributing, narrowing the margin for mistakes later.” 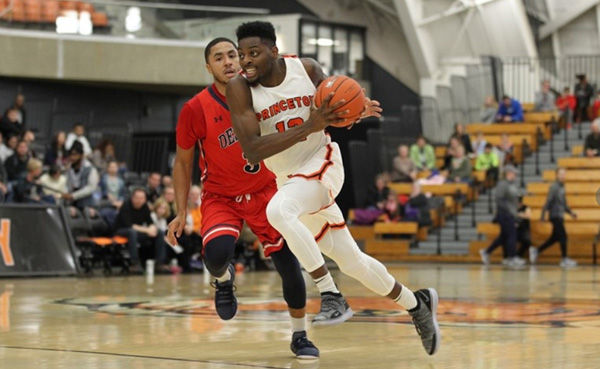 Every recording is simultaneously archived to make footage available when compiling interstitials used in future half-time shows or marketing materials. Cody said, “At the same time as we stream, we can use the HELO to record to an SD card, which is extremely convenient for post. Most encoding and streaming devices only allow you to record at the same bit rate that you’re streaming, but HELO allows us to stream at 5Mbs and record at 15Mbs.

“This gives us a high-quality archive and more manageable file sizes than we’re used to – and makes our outfit much more flexible.”  www.aja.com