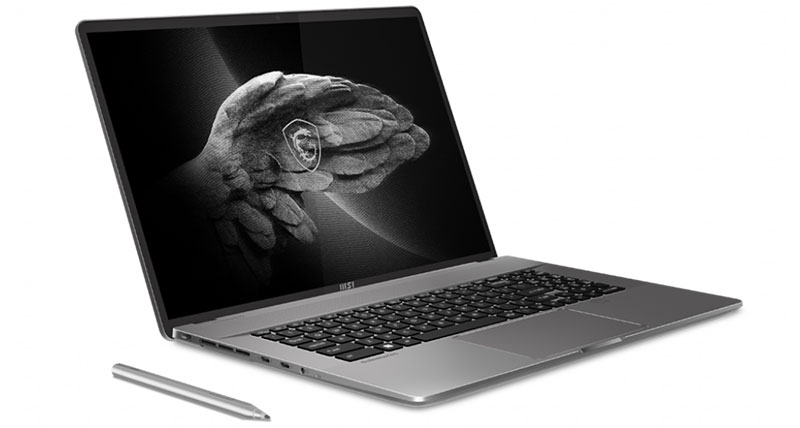 The Creator Z17 supports the new NVIDIA GeForce RTX 30 Series GPUs, capable of about twice the rendering performance and graphics memory of the 20 Series, editing up to 8K HDR RAW video.

The screen also shows 100% DCI-P3 colour gamut, and is factory-calibrated at Delta-E < 2 colour accuracy -- indicating a negligible difference between the displayed colour and the original colour standard of the input content – using True Color calibration specified to use a 24-bit value., allowing the possibility of more than 16 million colours

The screen has a 16:10 aspect ratio that allows about 11% extra workspace compared to your standard 16:9 screen. The laptop and screen support MPP2.0 (Microsoft pen protocol) and are compatible with the MSI Pen. With 4096-level pressure sensitivity, MSI’s pen can be used for drawings from fine linework to thick shading and broad paint strokes. The sensors on the pen accurately capture the user’s position, pressure and tilt, and respond in real time.

It comes with two types of replaceable pen tips -- a sharper tip similar to a fountain pen and a rounder one more like a crayon tip, in effect, imitating many different drawing instruments. It weighs13.5g and lasts for up to 65 hours of continuous use on a single battery charge via USB-C. 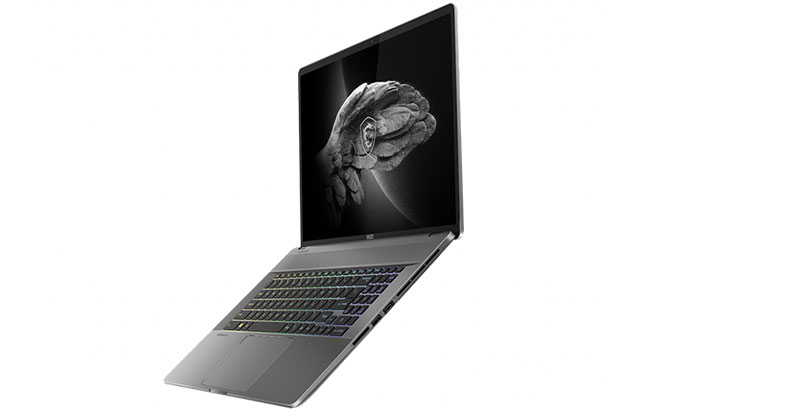 The Creator Z17 is equipped with a 90Whr battery capable of rapid recharging. The chassis has a full set of I/O ports as well, including Thunderbolt 4 supporting up to 40Gbps bandwidth with daisy chain capabilities, Thunderbolt 4 with PD (dynamic power delivery) charging, and an SD Express high speed card reader for transferring high resolution videos. Other standard ports are USB 3.2 Gen2 Type-A and HDMI, DC-in and an audio combo jack.

MSI is running a special 12th Gen offer on the Creator Z17, ending on 24 April. See more information on the device here.  au.msi.com