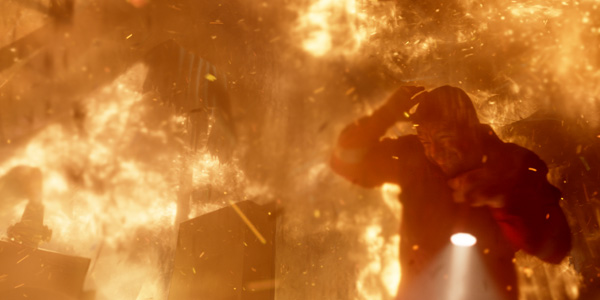 In 2010, one of the world’s largest man-made disasters occurred on the Deepwater Horizon oil rig in the Gulf of Mexico. The film ‘Deepwater Horizon’ is a tribute to the people on board whose efforts saved the lives of the rig’s many workers and crew members.

A team of 125 artists at Deluxe's IIloura was hired to create effects that brought realism and drama to several of the film's intense action sequences, adding digital mud, fire and smoke. The project included working alongside the lead vendor ILM and VFX Supervisor Craig Hammack.

The team pooled together artists from the company’s Melbourne and Sydney offices and was led by VFX Supervisor Jason Billington, who told Digital Media World about the approaches they took to meet the project’s technical challenges. Iloura’s team was brought onto the film after principal photography was completed and delivered approximately 400 shots that included the massive engine explosion that ignited the explosive rig fire. 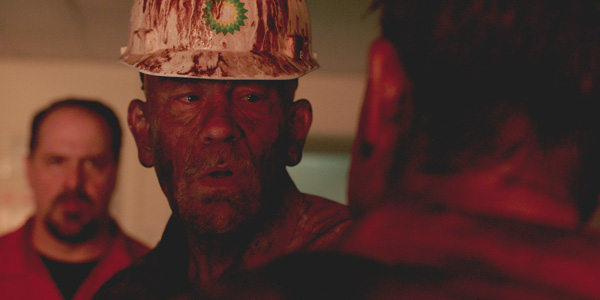 Maintaining continuity across shots was critical to achieve the realism the project demanded. Models, reference, HDRIs, photos and elements were shared constantly between Iloura’s and ILM’s teams. “Creating realistic CG that matches in-camera elements, such as volumes of mud was a challenge, and we had to be able to make adjustments as shots evolved,” said Jason Billington. “We were adding realistic environmental effects such as CG flames, embers, mud, explosions and fireballs to various plates, and invisibly blending shots containing practical and digital elements. ILM was an excellent partner.”

When the Deepwater Horizon’s workers hit a methane pocket while drilling for oil, the gas travelled up the pipes and filled the engine room, seeping into the engine that ultimately exploded. To achieve the dramatic impact the production was looking for, Iloura designed a full CG engine interior, which the artists digitally built, rendered and animated. They also created a CG version of the engine room that is engulfed by fire.

Because they had joined the project during post production – that is, after the main shoot had wrapped – Iloura hadn’t had a chance to influence how the plates they worked with were shot, and decided on their approaches according to the photography as it was. For the explosion shots, for example, they received an empty engine room with a camera move. This was rebuilt in CG and used as a virtual set in which to create the digital elements seen in the final shot for the film - the interactive lighting, destruction, the hero pieces that would be destroyed by the explosion, and their animation. 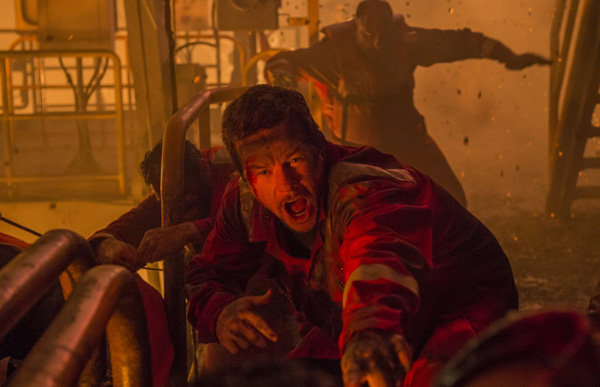 “To create the interior of the engine itself, we were given a lot of creative freedom,” said Jason. “The brief told us that the pistons had to speed up and get hot, the engine interior needed to feel spacious and it had to feel real - the director, Peter Berg, didn’t want anything to look as if it were CG imagery.

“The repeating patterns and shapes in the engine interior could start to feel small and look like CG very quickly, so we played with light reactions to enhance the atmosphere. We also added some variation to the textures of the engine with some oil splatter, corrosion and rust buildup. We created a slight 'scope cam' feel by adding camera aberration, as if it were shot on a very small camera, which helped tell the story in a way that a normal film quality camera can’t due to the tight spaces.”

The design and creation of the massive engine explosion that ignites the rig fire was not only Iloura’s primary contribution to the film – this event is also what drives the storyline for the second half of the film. “One of the main factors we had to think about for the initial explosion was the scale – as the explosion that triggers the destruction of the Deepwater Horizon, it had to be fast and massive,” said Jason. 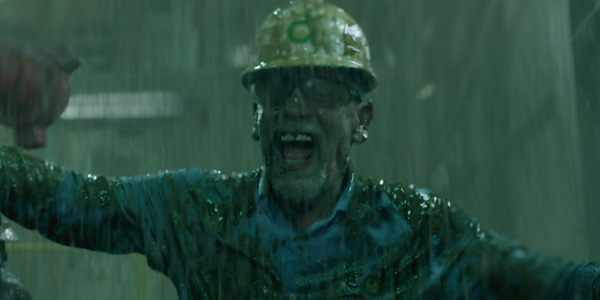 Whatever he and the team did not previously know about how things explode, they know now. “Whenever we build shots, we are always referencing live action plates of whatever effect we are trying to achieve. For ‘Deepwater Horizon’ we watched a lot of reference footage and, in some cases, built our own miniature version and filmed it. We studied how an explosion initiates, grows and builds upon itself, and paid attention to how much interactive light is cast on objects in the scene,” he said.

“Initially we approached the main explosion with a full 3D simulation using Houdini, but once it was underway we changed method to gain more control over directing the explosion. With the initial simulation as our base, we built upon it with a large volume of 2D elements, mostly shot with an ARRI ALEXA, to create realistic fire and build up the behaviour and texture of an explosion.”

Fire plays a critical role in the story, and it had to look dangerous and real. Jason said, “There is so much detail in fire and explosions that, when composited with familiar, real-world elements such as people, it can quickly look unrealistic if the compositing isn’t handled properly or the elements aren’t exposed correctly. We were using NUKE for compositing, a combination of KATANA and Renderman for lighting and MARI for textures.” 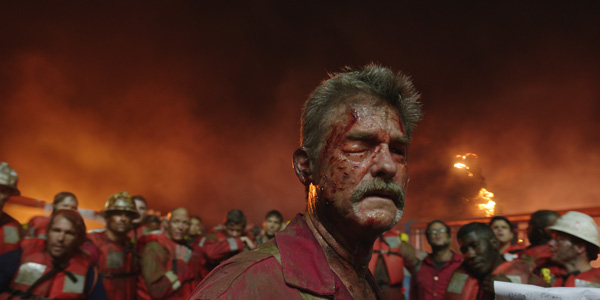 Creating the realism needed for their fire effects involved completing a volume of shots requiring atmospheric effects. To manage and execute this work, lloura built a new fire ember pipeline for faster iteration. “We designed the pipeline so that it would be able to handle a huge number of shots from one set-up,” said Jason. “We grouped shots according to areas of the oil rig they covered and executed all groups, each based on one main hero setup. We were able to run the entire group based off that hero setup, resulting in iterations on 50 or more shots overnight.

“It was very much a broad-brush approach, and allowed us to see iterations of all the shots very quickly. If changes had to be made, instead of specific shot notes, the changes often applied to all shots in the grouping. By limiting their adjustments to only the hero shots enabled us to turn around an entire sequence very quickly. Furthermore, we were able to easily identify issues in any given shot early on.”

Out on the Rig

Any exterior shots of the Deepwater Horizon oil rig that their sequences involved required quite a different approach to the others. He said, “The set for the oil rig shoot, located in a carpark in Louisiana, employed an 85% scale set piece of the front end of the oil rig, connected to a large water tank. After receiving the plate showing this set piece, we rendered the CG Deepwater Horizon asset we received from ILM and composited this in, adding CG people, water and atmosphere, to make it feel like a real oil rig shot in the ocean rather than a partial model shot with a water tank in a carpark.” 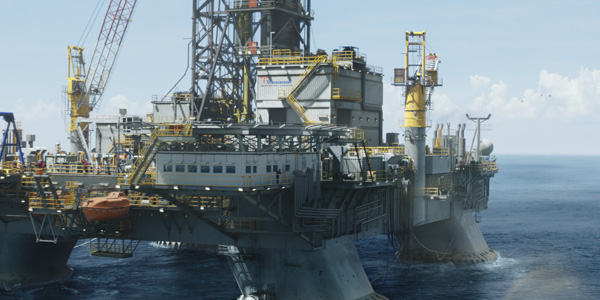 “While having a practical water tank helped with water coverage around the front of the oil rig, a lot of the shots needed water extensions or replacement,” Jason said. “Depending on the shot, we used both practical plate water and CG water. We shot the practical water ourselves at North Head and above Mona Vale, along the coastline just north of Sydney. Using those big locations gave us the approximate height required for the Deepwater Horizon rig shots, and meant we had not only great reference for the CG water, but also usable material we could composite in where we needed it.”    iloura.com.au