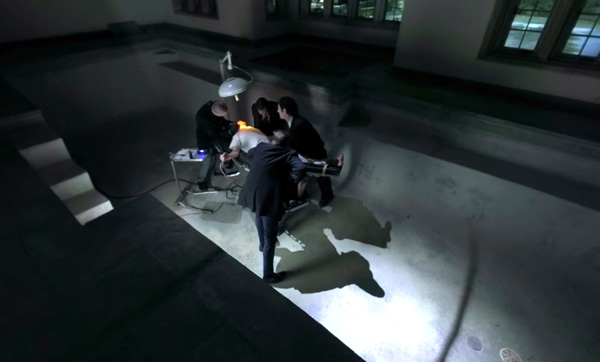 Mettle in Montreal is best known these days as a software developer that supports filmmakers and post teams working on virtual reality projects. But in fact, the company was founded in 1992 as a production studio by Chris Bobotis and Nancy Eperjesy. They now work with a large team of artists and programmers who push the idea of empowering artists with digital tools, and develop software for themselves and other artists. From that vantage point, they aim to help to shape and contribute to the 360/VR medium.

Mettle’s 360/VR software is made available as plugins mainly for Adobe After Effects and Premiere Pro. Their first commercially available plugin for After Effects was FreeForm for stereo 3D filmmakers, which used the company’s proprietary 3D system called 3DNAE Technology. FreeForm was soon licensed by Adobe in 2010. Other 3D plugins followed, ShapeShifter AE and FreeForm Pro, before the team applied 3DNAE to the development of the 360/VR plugins available now. The first, SkyBox, was introduced in April 2015. When it proved successful, they continued development and have now released several other 360/VR plugins for Premiere Pro and After Effects.

Given Mettle’s roots in production, Digital Media World connected with co-founder Chris Bobotis to talk about what has driven the company’s software development so far and how he sees VR production now and in the near future. 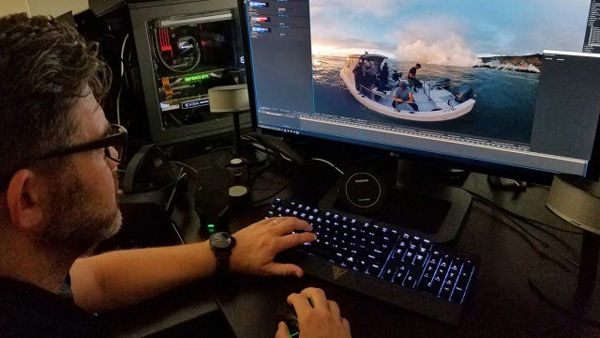 Working on '360 Hawaii – The Pace of Formation' at Givot Media.

“All of our plugins were born from necessity,” he said. “They have always addressed real world challenges that we saw in our post production workflow. We have lived through many of the evolutions in the industry, through technological innovations. That bank of experience lets us connect the dots in ways that someone simply looking back cannot do. Also, production workflows overall have many similarities over time, and we see the same errors made over and over. In that way, our experience lets us avoid certain pitfalls.”

He also believes that deploying plugins to existing Adobe content creators – and staying within their Adobe ecosystem – is a much better approach with a much more streamlined learning curve than trying to invent a completely new tool. “With the help of Mettle’s products, filmmakers can step into 360/VR content creation quite easily because they are using a familiar interface and tools, and have project files set up within their desired software hosts. Starting something new to compete against that is extremely challenging, even if the product was equal or superior.”

He and Mettle also believe that 360 is part of the psychology of viewers today, and that content creators have always been evolving towards more and more targeted and singular experiences for their audience. “We are on the path to the Holodeck,” he said. “360/VR is movement in that direction, as and when the tools we work with enable us to push ahead. You can actually work in the 360 environment right now with our tools and get closer to the viewer’s experience while working. The SkyBox VR Player lets content creators work in Premiere and After Effects through their Oculus RIFTand preview inside the headset. They can design, edit and grade in context with the workspace mode.” 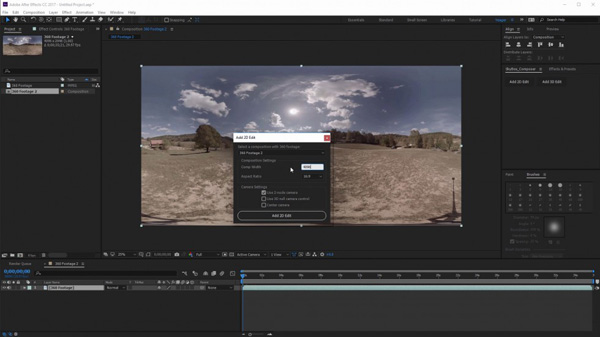 Virtual reality is not all about post, of course, although the newness of the medium perhaps makes VR post professionals more aware of what happens on set than those working on conventional productions. Producers may wonder sometimes if 360 cameras, rigs and other capture devices are developing at the same pace as the post tools.

But Chris is confident about rates of technical progress on and off set. “Camera manufacturers are addressing the limitations 360 cameras faced before and galloping forward as fast as they can to produce 360 camera systems that are easier to use. For example, we are already starting to see in-camera stitching solutions and better capture,” he said. “Software developers like Adobe and Mettle are also working to make things as transparent as possible. Hardware manufacturers are motivated and have already offered much more powerful systems at lower prices. Cinematic 360/VR production is getting easier with time.”

Examples of how producers are making this progress work for them can be seen in Mettle’s blog online featuring more than 14 months of curated customer stories that their plugins have been involved in. Chris sees storytellers advancing the medium, as in ‘Invisible’ directed by Doug Liman and produced by 30 Ninjas. “They introduced narrative storytelling, Hollywood style,” he said. 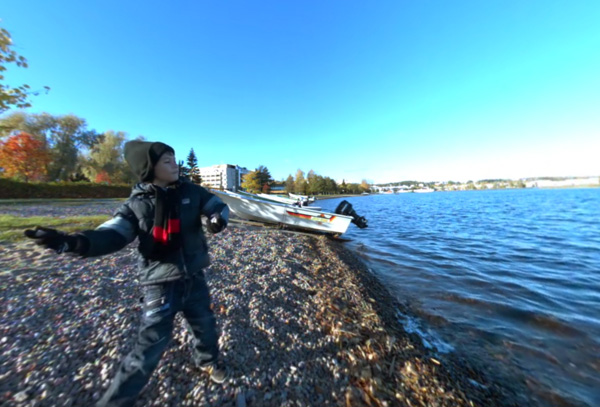 “So now we have chase scenes, fight scenes, faster cuts and transitions. SkyBox VR Player was a major component of their post, allowing them to show the director in-headset previews during editing, and they used other Mettle plugins as well.” The New York Times introduced the ‘Daily 360’, which also uses Mettle, as shorter snapshots of worldwide events and a way of consuming stories in 30 to 60 seconds.

From Experiential to Cinematic

Chris said that his company has been instrumental in helping 360/VR go from experiential to cinematic in the span of only about one year. “When we started in 360/VR, we heard frequently that you can’t do this or you can’t do that. But the only reason people were making these claims is because software applications, or lack of them, and hardware were getting in the way. www.mettle.com/blog

“Things have changed. Mettle plugins for Adobe are examples of products that have facilitated bringing in all of the cinematic techniques that we have been using in flat cinema to 360/VR. The notion of green screen, clean plates, motion control, object removal, CGI, VFX are not foreign to Adobe customers. Mettle products just offered a way for the After Effects and Premiere Pro artist to continue to work in ways they know and feel confident working, and meanwhile take care of all the 360 madness in the background.” 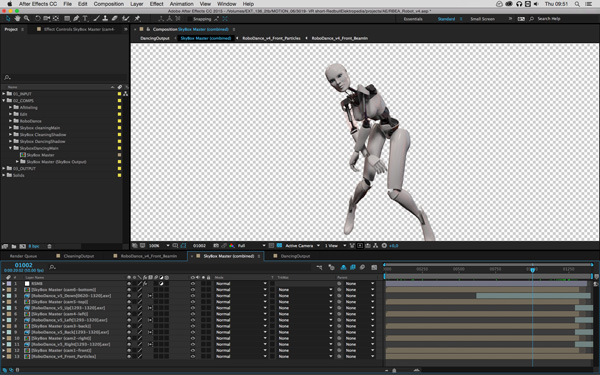 A further result, of course, is that 360/VR content creators can access a large pool of both talent and functionality in the Adobe ecosystem. Visual effects, camera movement, transitions and so on are becoming more common in 360/VR productions.

Only a year or two ago, VR projects sometimes received criticism for dealing with topics or stories that were unsuited to the medium. But looking at Mettle’s gallery reveals that projects like cooking programs, car advertisements, awards events and interviews take on new qualities, a new look and feel, in a 360 format. Chris considers that wider use of VR could be a matter of changing both the filmmaker’s and the viewers’ ideas of what familiar content genres can offer, as much as better tools.

“360/VR is its own space and place. Content creators to need to take the time to understand and respect it if they wish to create compelling content for it,” he said. “This is an evolving medium, much the way that film itself evolved out of photography. They both exist as mediums in their own rights. This is the same with 360VR. As content creators, we can certainly draw on our experience in flat cinema production but we need to adapt them and even invent new ways of telling our stories.” 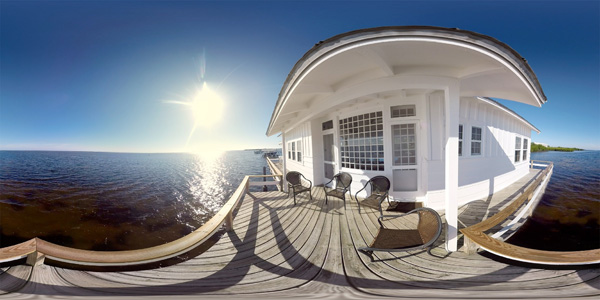 Storytellers can use Mettle’s tools as a way to step into the medium while still focussing on the creative aspect, without having to deal with the complex technical setup behind it. Most filters, transitions and plugins that ship with compositing and editing programs like After Effects and Premiere Pro were created with flat cinema in mind. As a result, they cause seaming issues and pinching at the poles of the 360 footage. They simply weren’t built for the continuous footage that we use in 360/VR.

“We are going to launch Mantra VR at NAB, which will be our first stylization 360 plugin, with very artistic, spectacular effects that an artist can customize and drag-and-drop onto 360 footage," said Chris. "While we do see 360/VR as incredible challenge, it is in fact an opportunity to help create a whole new vocabulary beyond what DPs think of interms of cinematography. I personally think it is a logical extension of flat cinema, and more akin to a dream. Think for a moment. What do you see when you dream - a flat screen or your entire surroundings?”  www.mettle.com