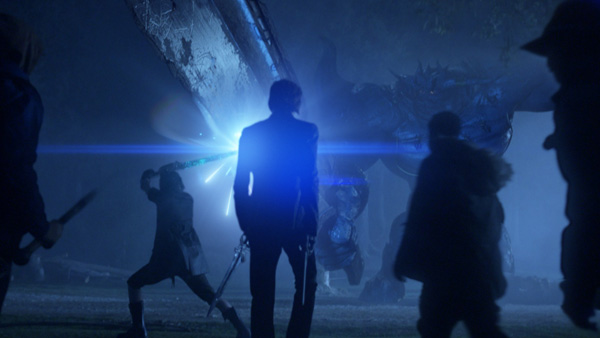 Luma Pictures is an Academy Award-nominated creative studio run by a group of artists with wide interests and talents, ranging from visual effects for movies, commercials and new media, to animated features and series, to original content design and production. The company’s credit list includes blockbuster releases such as ‘Dr Strange’, ‘Deadpool’ and ‘Prometheus’, and commercials for Coke, car companies Nissan, Ford and Infiniti, T-mobile and others. They have also completed 360° and VR experiences.

Nathan Rush, Luma’s pipeline technical director, designs and maintains the company’s pipeline, making sure the artists can use it to their advantage without letting it distract them from their project work. As well as keeping the pipeline up to date and its components well-integrated, Nathan has been using project tracking software to organise Luma’s assets, tasks and artists across each of their projects.

Luma first investigated tracking packages in 2014, when the team decided to stop using their own internal system. After comparing the available off-the-shelf applications, they chose to integrate ftrack into Luma’s pipeline. Like all of their other software, ftrack has become one of Nathan’s responsibilities. 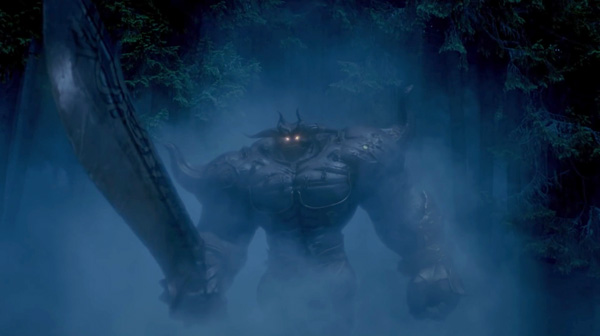 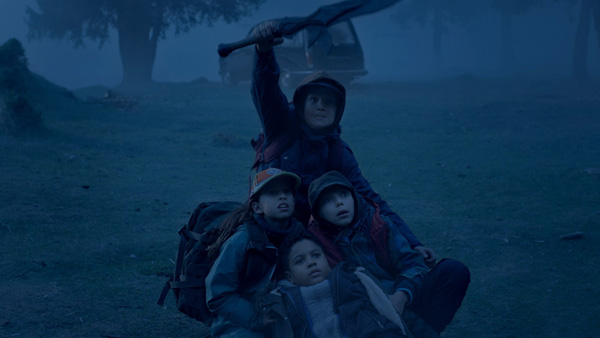 “We're generally running a number of complex projects at once, and each of our artists work on all of them, rather than segmenting the work by type. It allows them to stretch their creativity and have a wider variety of styles to explore.  From a company standpoint, it makes our operations more efficient because an available artist, paused between tasks, can nearly always be found to help out,” he said. At the same time, this approach is what makes it important to be ready to handle varied, project-specific tracking inside a single system.

A cinematic Luma worked on promoting the release of ‘Final Fantasy XV’ for Square Enix, completed at the end of 2016, is a project that used ftrack from the beginning. The team created photo-realistic visual effects to enhance a live action production with looks from the ‘Final Fantasy’ world, collaborating with production company Chromista and agency Omelet. Titled ‘Stand Together’, it was a great opportunity to work on the first live action commercial produced for the franchise in its long history.

The agency’s brief for Luma was to bring the ruthless Iron Giant and fight sequences into the real world, while maintaining the spirit and history of the game. In the story, four brave children living in a dystopian world band together to fight impossible odds. Deep in the woods, game characters Noctis, Prompto, Gladiolus and Ignis emerge to save the kids in a battle against the furious Giant.

Before Chromista shot the film, the Luma team worked with the director Kasra Farahani and Omelet’s team to develop concept art, storyboards and complete look development. The blending of CG and live-action that audiences see is the result of their planning and communication. Luma’s artists studied game footage and then enhanced it by adding detail and complexity so that the characters would hold their own in the real world. For the Iron Giant in particular, they sought a balance between detailed photoreal and game-style animation.

Nathan Rush said, “The main challenge of this project was to bring the Giant and other characters to life in a live action piece, but operate on a commercial timeline. Commercials can have very short production schedules when compared to feature films, but the level of quality remains the same. We had to ensure that our available time was spent delivering a quality product.” 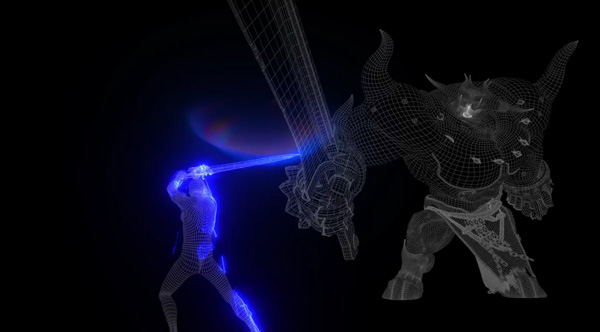 VFX supervisor Vincent Cirelli remarked that although the Iron Giant is by now a famous character from the series, he had never been seen outside of the game world. “Kasra was adamant that we should maintain the Giant’s spirit from the game while making it work in the live action realm. To achieve these goals Luma progressed down two parallel paths,” he said.

“The first was asset design and detail. We started by grabbing the existing model and creating a custom sculpt to add muscle and skin detail. Kasra also wanted realistic materials, so we created a custom metallic iron shader and painted high resolution maps. The second development cycle was animation. Given the Iron Giant's enormous scale, Kasra wanted us to make sure the character had weight and heft. We started with motion capture and then modified it to make him feel as large as the trees in the scene and tower over the actors.

“When we moved into lighting and integration, Kasra wanted to maintain a sense of mystery for as long as possible. We were to keep the Giant veiled in shadow and fog, and keep the action backlit and hidden among the trees. Then for the final battle, we created an entirely silhouetted scene, comprised of real game elements and the Iron Giant renders.” 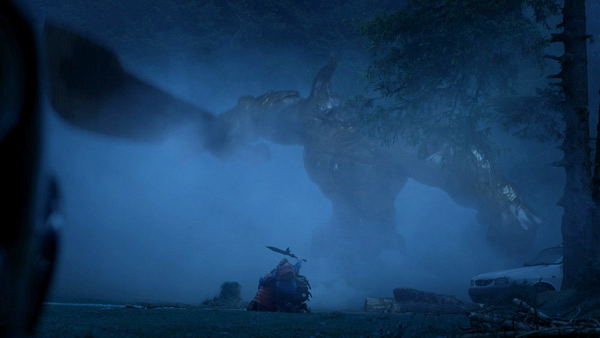 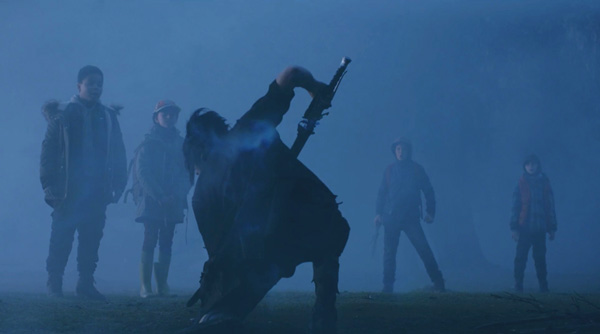 The entire project took about two and a half months. They started working with Square Enix and spent the first two weeks of September 2016 on pre-viz and boarding out the commercial. Digital assets arrived at the end of September, at which point they could begin look development and animation tests.

“Simultaneously, physical production ran during early October in Romania,” Vincent said. “Our on-set supervisor was armed with a VFX workflow that we wanted to employ per shot. He acquired plates, reference photography, HDR images and LIDAR scans of the environment. All of that data was delivered to Luma by mid-October, where shot production - animation, FX, lighting and composting – was to last through the final four weeks for delivery right before the Thanksgiving holiday. We squeezed out every last minute, performing the full conform and finishing here with our Flame artist, and delivered all string outs – low-res clips strung together into a single file for editing.”

Using ftrack to keep up with the quick pace of this project worked well because every aspect could be interconnected automatically - a specialty of ftrack. Nathan said, “After setting up the core dependencies in a scene, Luma loves to work the different departments in parallel.  For example, for the sword FX work as Noctis clashes with the Iron Giant, we just needed a first pass on tracking and animation and, with that bare minimum requirement, we started our development efforts without wasting any time. From there, it becomes extremely important to track actual versions of the different artist's works and their dependencies.” 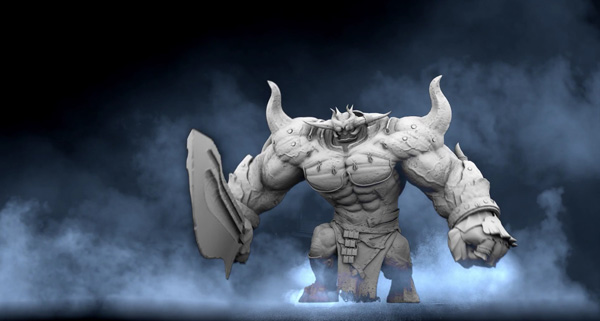 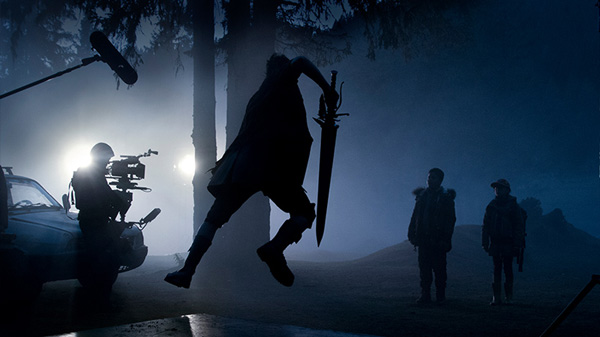 Ftrack’s 'links' system for version dependency hooks into Luma's existing pipeline. They can open up a page that displays the version of the Iron Giant rig, the version of the camera track, and version of a virtual set that may have gone into a particular animation scene. The lighting scenes that would pick up that animation version were also shown. This way they could quickly reference which versions were using the proper, approved work.

Artists can find and view every single asset, no matter how minor, no matter its location, without having to go back to their creation software like Maya or Nuke to do specific digging. “You can tell ftrack in advance how the schedule should go in a number of ways. You can script it so that, for example, an animation revision would trigger the lighting task and the artist to expect an update.  There are also several ways to visualize a shot's schedule that will quickly show you when those dependencies get out of sync.  Personally, I like to keep it simple and set up some basic filters that warn me when unapproved tasks fall out of date,” said Nathan.

One of ftrack’s chief characteristics is its ease of customization for pipeline integration. Luma can tap into Maya, Houdini, Nuke, Mari and ZBrush, as well as Deadline for render management, and plug all of these tools into ftrack in some form to help keep the different pieces of the pipe organized. Due to these integrations, artists can see information about the project or task they are working on from inside their own package. They can read notes, see recent activities from other people and collaborate without having to open up the web browser. 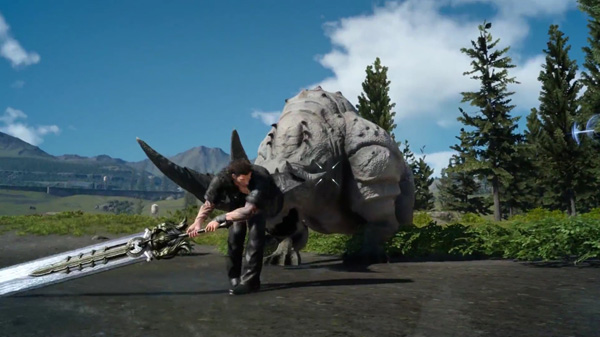 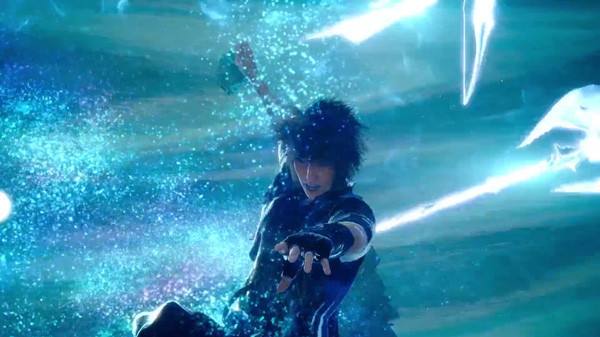 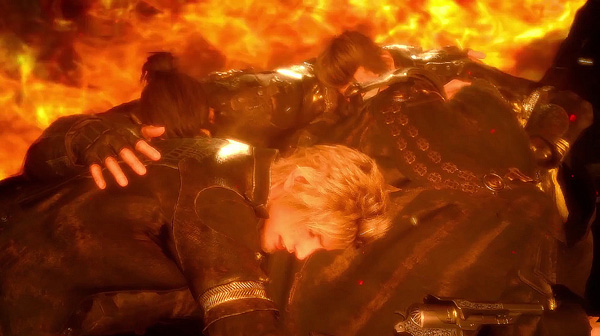 The images above are from 'Final Fantasy XV' gameplay that Luma's work is based on.

The integrations also manage how and where data is saved and allows people to collaborate without having to follow a file naming convention or keep track of where all of the work files are located. ftrack manages this for the team, which means artists using various packages can collaborate and exchange data and information in a consistent way.

In particular, Luma depends on ftrack’s customized shot board, based on the database structure. The shot board displays upcoming delivery dates in a straightforward thumbnail view, but hides the depth of data it represents.

“I think every producer cringes a little when they see several hundred shots listed in a massive Excel speadsheet,” said Nathan. “ftrack has been a very graceful way to quickly manipulate and view this data on a day-to-day level. The shot board will show all upcoming delivery dates for a shot, and can also be sorted in an artist view, and has the shot's final date front and centre so that we never lose sight. We're always adding little flourishes and features here and there, so it's an evolving process.” 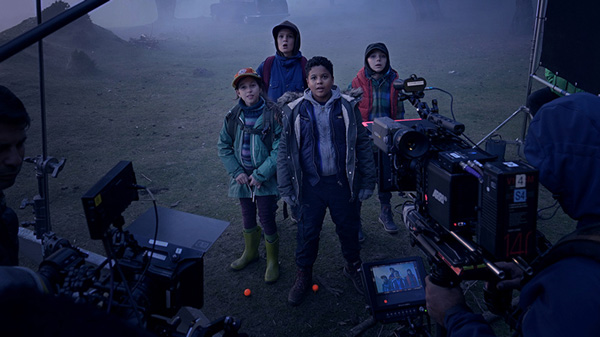 Luma wants, as far as possible, to avoid artists having to spend their time organising and searching through files. When held to a tight deadline, having an infalible infrastructure in place makes a difference. In the case of the Final Fantasy cinematic, the teams set up an agile, modular process that was robust enough to keep the artists structured without interfering with the shifts in production clients sometimes feel are necessary.

The company is also actively pursuing new types of work, and constantly updating the core pipeline. For example, their animation branch called Toons was originally launched in 2014 to handle episodes of  The New Adventures of Figaro Pho for Chocolate Liberation Front and creator Luke Jurevicius. “Now, we’re taking on new types of large scale animation projects, which we will also tackle with ftrack. That way, the challenges may be new but the infrastructure will be familiar,” Nathan said.

He is ambitious regarding the future of the pipeline and how, by managing it carefully, it can work in the artists’ interests and become less visible. “Coming very soon in the future, we envision running a workplace where both the artists and coordinators are able to push procedural processes through ftrack with minimal direct interaction. 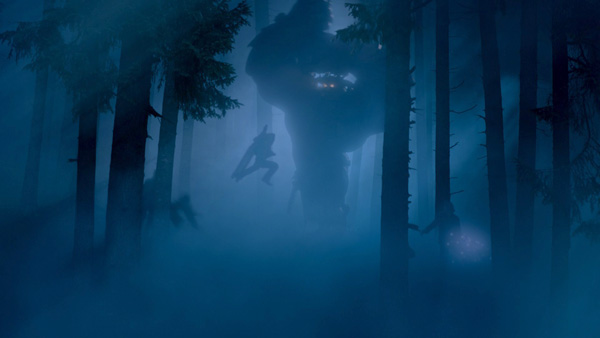 “Imagine that you want to see a particular version of an animation pushed through an FX pass, and then have it all render through lighting as first, middle and last frames, update the latest composite with the new passes, and finally show up in your publish list, waiting for your decision as to whether you want it to run the rest of the frames, perhaps in the cloud.  Luma's new USD [Universal Scene Description] pipeline is making workflows like this possible, along with some other new proprietary tools.

“ftrack gives us the basis to pull abstract lists of shots together, on which to perform these functions. Now imagine running the same workflow example as above, but on all shots requested in a new temp screening request list that updates daily. It's an automatic way to view exactly how far the project has come along - without distracting the artists from creative tasks.”  www.ftrack.com