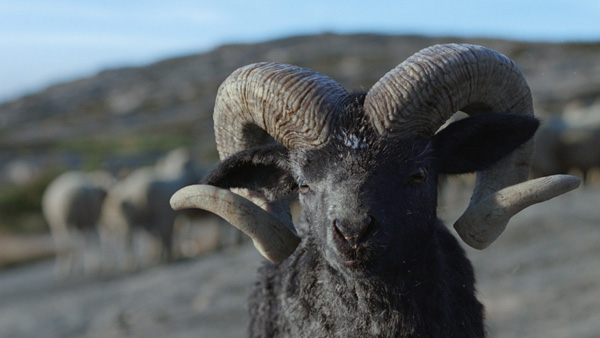 Volkswagen’s ‘Born Confident’ campaign, a 60-second spot directed by Nick Gordon at Somesuch, with VFX by MPC, opens with the birth of a young ram, delivered by a shepherd and his son on a dark, rainy night. His self-assured nature - confident, charismatic and completely uncharacteristic of sheep - makes him a hero from day one, boldly stepping into the world to wreak playful havoc and earn the name Bam - leading his herd of sheep, standing up to a sheep dog, the farmer and an intimidating bull. But when Bam encounters the new Volkswagen T-Roc, he realises that he has finally met his match.

MPC’s artists built the photo-real character partly by taking advantage of the expertise and developments from MPC's ‘Life’ team, which includes the Jungle Book team working at MPC Film. With a tag line of 'Born confident' for the commercial, Bam had to stand out from the average lamb right from the start – with fully-grown ram horns. He needed to be confident, almost cocky, as if nothing would scare him. He also had to look like a photoreal lamb, heroic behaviour notwithstanding.

You can watch the full commercial and breakdown video here.

CG animation lead David Bryan said, “After developing and perfecting the look with concepts and reference research, a baby ram was created with life-like proportions, staying true to physical anatomy. Subtlety was key to maintaining the realism. The emotion and storytelling comes, in fact, from Bam’s confident posing - push the animation and ‘acting’ too hard and you'll instantly lose believability."

Standing Out from the Rest 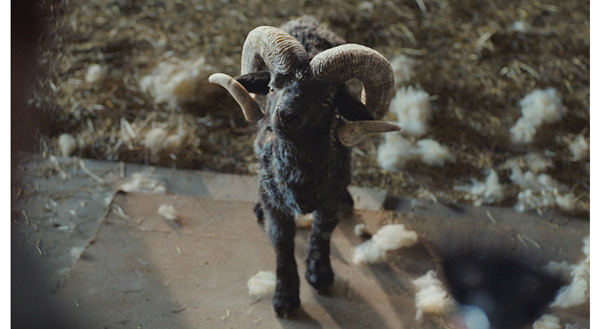 The referencing process was interesting, beginning with stock footage of young lambs, as well as footage of real sheep on set, watching the differences in walks and behaviour across different ages. “To broaden our reference material, we also looked at other animals such as bulls, deer, mountain goats - and of course, rams. Studying bulls was useful for the standoff sequences, resulting in a threatening scenario without too much motion. Deer were great reference for confident, noble poses with striking body language – conveyed even while just standing still."

David stressed the value of looking beyond what is simply real and focussing on details that make the chosen reference stand out from the rest. Qualities that appeal to an audience aesthetically are also important, like those from a similar, but different, creature that can be extracted and re applied to enhance the performance of the hero character.

To prepare for the shoot, David and 3D VFX supervisor Fabian Frank put together pre-vis that included animation tests and storytelling poses to establish Bam’s character as well as range of movement. These helped them determine the shot timings and supply framing and lens information to the crew before the shoot. They also built Bam in 3D before the shoot to figure out what scale he needed to be on screen, which, in turn, indicated accurate dimensions for the stand-in, physical Bam they would use in-camera to frame each shot. 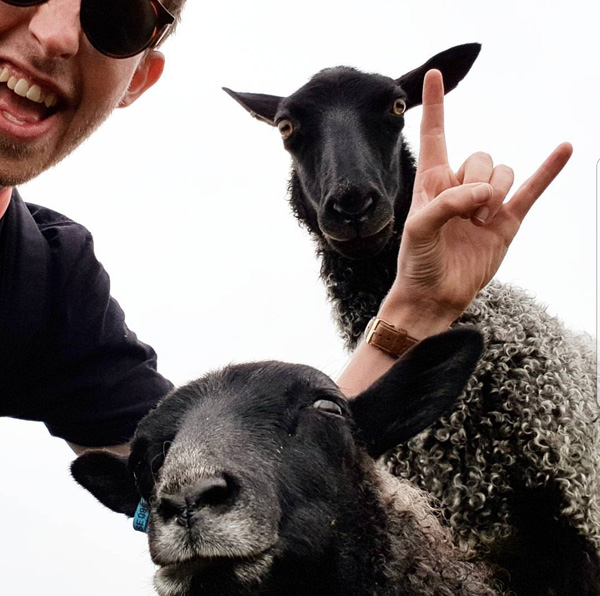 The shoot had to be split over two slots within one week, due to availability of the VW T-Roc car. Fabian Frank said, "On set, we worked closely with the DP Alwin Kuchler and director Nick Gordon to advise both on a technical and creative levels. Capturing all the data we needed to place brave young Bam in his world included a chrome and mid-grey colour ball as a lighting and compositing reference, as well as a Macbeth ColourChecker chart and lens data and measurements of the scene.

Their stand-in Bam was essential not only for post but also for the shoot. Because it matched the proportions and characteristics of the CG lamb, including 3D printed horns and real sheep wool, the model helped the DP and director on set to frame the shots and get a feeling for timings. For MPC, it served as the perfect lighting and colour reference - the VFX artists could study how light behaved on real sheep wool and then replicate it in CG.

At one point in the story, Bam breaks masterfully through the wooden barn wall. “On set, we actually had a physical section barn wall with a hole. It helped us to frame the shot, although eventually of course it had to be replaced by a full CG wall with Bam breaking through it. We also simulated and rendered a patch of long grass, which reacted directly to both the splintered wooden pieces and the lamb in the foreground," said Fabian. 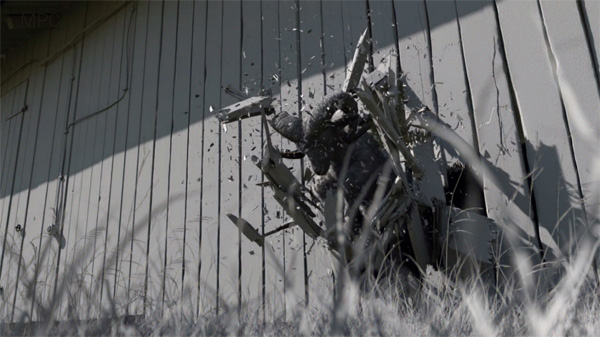 “We created the whole FX setup in Houdini using different methods to break the geometry and then simulate the pieces. Depending on the force, some pieces just splintered, while other parts completely broke, and other bits stayed attached to the wall. Dust, small splinters and chips all added more depth and energy to the shot.”

Real sheep wear a calm, complacently happy expression, but this ram needed a more determined look. To achieve this with realism, MPC needed enough control over his face and wanted to make sure that Bam didn’t do anything a real lamb couldn't do. Again, studying real world reference was critical.

Fabian said, “Animals convey a lot of emotions just through body movements and posing. The same applies to humans - facial expressions are one part of it, while posture plays a vital role as well. In the stand-off shots in particular, we found that a strong pose and realistic facial animation created just the right level of tension – but that was quite a challenge. It is certainly more difficult to create a tense moment with subtle animation than in a high-energy action shot.”

Sheep have a few other distinctive characteristics that had to be managed with care. Eyes, of course, never fail to connect an audience to a character, but sheep and goats, and Bam, have rectangular pupils in their eyes that make people feel a little strange. Nevertheless, MPC's aim was to create a fully photo real character.

“We didn't want to steer away from the anatomy of a real lamb,” said Fabian. “Lambs are adorable little creatures that almost everyone will remember petting  in a zoo when they were children. People already relate to them easily and so, while our Bam isn't your ordinary cute lamb, the creative challenge could focus on adding the required confident character for VW's story.”

When it came to the horns, the distinctive ridges all along a ram's horns are beautiful but must vary constantly to look authentic. To replicate the look of a real, fully-grown horn, each ridge, scratch, chip and irregularity had to be sculpted by hand - a time consuming process. Even for his very young sheep, the artists had to build two sets of horns. The one for the newborn lamb was delicate, fragile and not fully grown, and the other more worn-looking, bigger set was for the teenage lamb.

Bam's wool was handled with Furtility, bespoke software originally developed by MPC Film and now the facility's main grooming tool. “We use it to create all our furry creatures across the studio. It’s integrated in the Advertising team’s Maya character pipeline, and closely tied together with Arnold. It is a very versatile tool, and we can create all imaginable styles of fur from a lamb to a horse to a polar bear to a teddy. Different methods, like guide curve or vector map driven grooming, allow for efficient, fast set-up so that we can react quickly to client changes.” 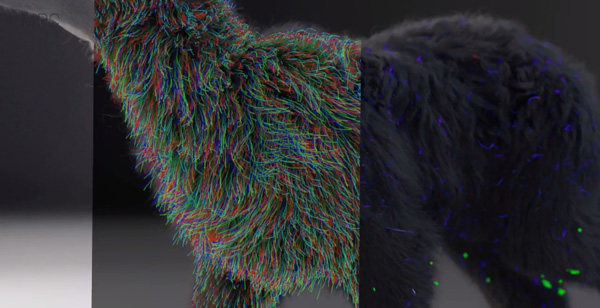 Young Bam is born on a rainly night, calling for wet wool and associated looks relying on capillary flow with surface tension. Fabian said the simulation of water drops in the fur was time consuming and required considerable processing power. “First, the actual fur dynamics had to be simulated. The curves had to react to movement, so when Bam shook his head, all the fur had to react accordingly. Then, the drops could be simulated as if reacting to the dynamic fur.

“This effect was based on a particle simulation, which was meshed later for rendering. Depending on how much force was applied, due to fast movements for example, drops fell off or stayed in the fur. Achieving a physically correct and believable result doesn't leave much leeway for short cuts!”

“Non-linear deformation takes a lot of underneath lying influences into account like friction, momentum, muscle states and inter-muscle relationships,” he said. “This could then be combined into a system with additional deformation layers, such as skin sliding and tissue related deformation. The sum of this non-linear muscle deformation system will give you a much more organic and realistic - and therefore less mechanical – look.

“For the rig, by using a modular system, transferring the rig to different quadrupeds becomes very efficient. In this case we had to build a newborn and a teenage lamb, both of which were quite different in terms of proportion and size. So we started by building the animation rig for the teenage version and then derived the newborn from that.”   www.moving-picture.com