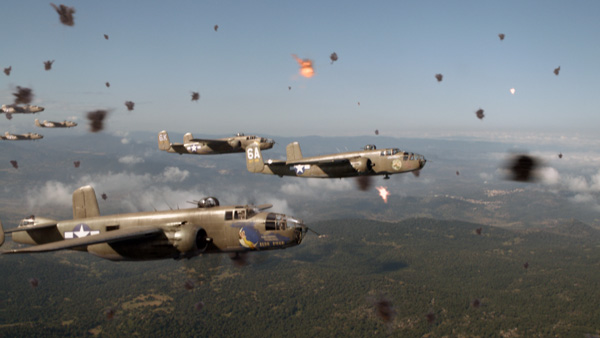 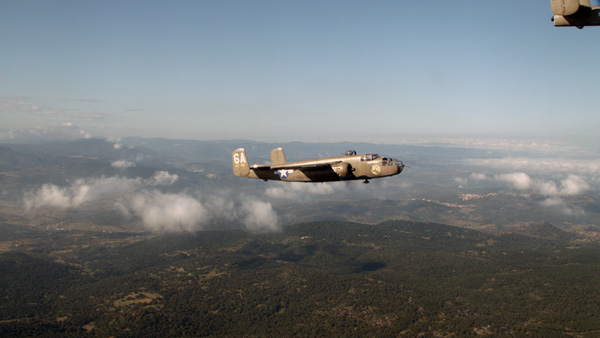 The series is based on the book ‘Catch-22’ by Joseph Heller. In 1944, Heller had been stationed on the island of Corsica where he flew 60 combat missions in B-25 bombers with a Bombardment Squadron in the US 12th Air Force.

Reflecting his experiences, many sequences of this story take place on board a B-25 bomber in which the main character named John Yossarian, a bombardier in a US Army Air Corps bomber squadron, flies a seemingly endless series of missions imposed on him and his fellow pilots by their commanding officers. A major part of DNEG’s responsibility for ‘Catch-22’ was creating two airbases and multiple bombing mission shots and sequences from a very wide range of 3D digital and 2D components to bring the shooting locations to life and tell Yossarian’s story.

Principle photography for the show took place in Italy. Matt Kasmir carried out the background research and VFX reference shoots, as well as onset supervision, making sure the artists could create the required looks and historical detail the production were expecting. 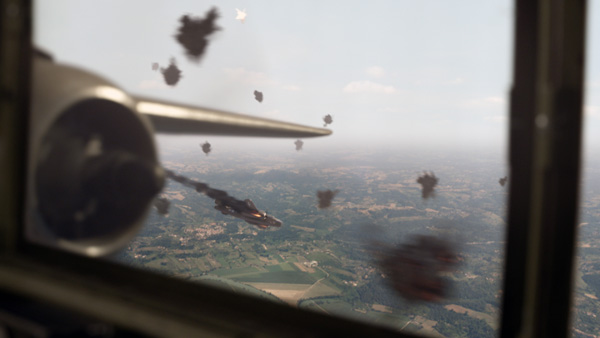 Part of the brief from the director required building a sense of impending danger hanging over the characters of the story, with extreme realism and authenticity. “An important starting point for our team was looking at lots of 8mm footage shot from the cameras of air force personnel onboard B-25 bombers during the war, shooting the scene around and below their planes,” said Brian Connor from DNEG.

“The views they recorded included other members of their squadrons flying missions with them, as well as the terrain and enemy aircraft. This footage helped the artists understand what the crews would have seen during combat missions. We could see how the B-25s looked from inside the other planes when flying in formation, and what the pilots saw when looking out at damaged, broken planes struck during enemy attacks.”

In particular, this film research gave DNEG’s artists a realistic impression of the view that a bombardier like the hero Yossarian would have had from his bombardier’s position in the front nose compartment of the plane, just below the flight deck. They had access to one working B-25, in which the production made various flights over the Sardinia location with multiple cameras on board, capturing views from as many angles as possible to show what the pilots would be seeing. [You can see the layers used to make the view of one of Yossarian's bombing missions at the end of this article.] 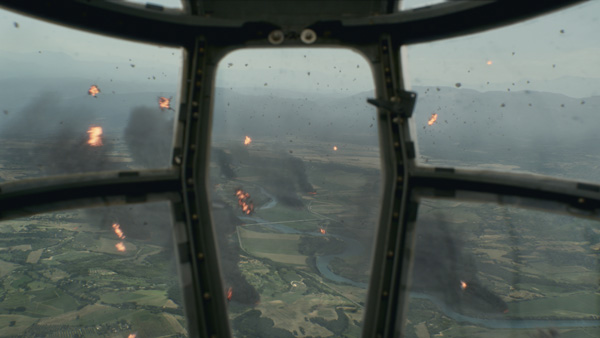 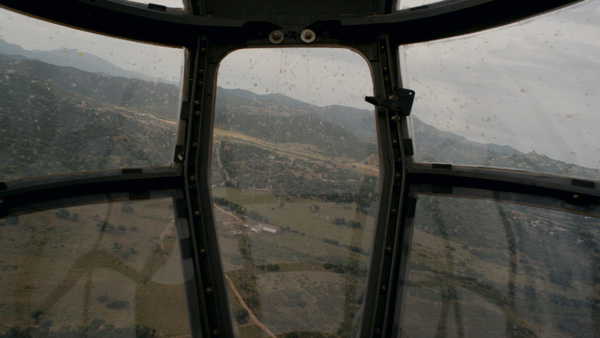 The aerial photography from and of the B-25, the historical footage, plus helicopter photography from the production, all gave them imagery of the terrain, taken from all directions, to work with in tiles. This material formed the foundation of DNEG’s matte paintings depicting the destruction below the bombers. In order to create a continuous aerial view, a major task at that point was matching the angles and intensities of light across contiguous tiles due to shooting at different times of day, and matching skies captured on different days.

The work required a number of sky replacements, and re-lighting of some tiles in CG. The artists created all types of 3D clouds, from cumulus to cirrus to wisps of cloud passing nearby. Nuke was used to composite the shots into matte paintings and live-action plates, and lighting and rendering was done in Clarisse.

To capture performances, the actors climbed into a partial practical build of a B-25, which was placed on a gimbal to give the actors and the set piece realistic motion. This worked for closer shots but the more distant exterior views that DNEG were working on needed a different treatment to achieve more realism. They would project the images onto footage of an actual plane in flight and use the motion there to animate the B25 set piece. This generally meant the actor had to be rotoscoped out of the live-action gimbal plate and added to the animated CG B-25. 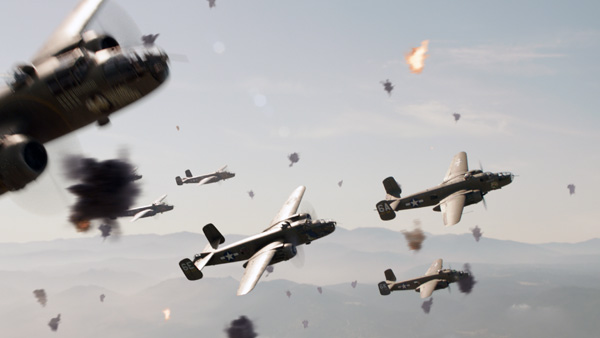 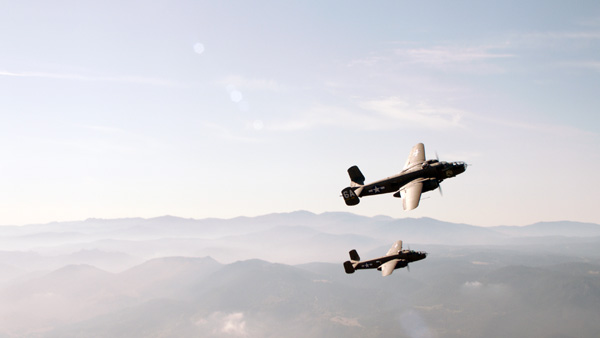 Many such shots in fact had to be completely recreated digitally, which led to the development of a modular, proceduralised approach to putting various types of shots and sequences together. “The production also wanted more VFX shots in certain scenes and so – between the VFX supervisor Matt, our CG supervisor, some of the producers and myself – we designed a workflow based on building extensive libraries of assets – planes, pilots, ground staff, buildings, trucks and Jeeps, tents, barracks, weaponry and so on. Completing the volume of assets and shot work involved artists at DNEG’s facilities in Montreal and Vancouver.”

As aircraft were a critical element of almost any of their shots, they created a huge number of digital plane assets based on their working B-25, in flight, lined up on the airfields, taking off and landing, and viewed from many different angles – from the ground, side-on as if flying alongside and from above and below. There weren’t only B-25s to create. The team became very familiar with recreating German aircraft manufactured by Junkers, the company that produced some of the best known, most successful Luftwaffe planes.

Aircraft motion was important and could also be modularised. Wanting to show the planes flying in formation, for example, with care for historical accuracy, they created a library of plane behaviours captured as ready-made animation cycles. Pieces of animation for CG pilots and officers performing typical actions on board the planes or on the ground were in a library as well. 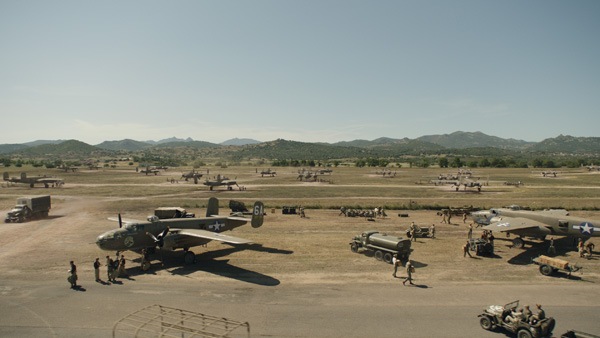 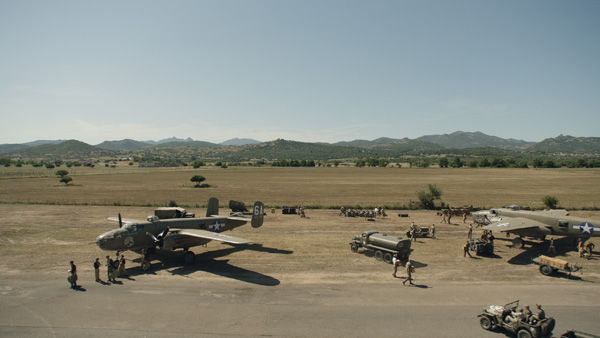 Brian said, “Our modular approach not only made us faster but also more flexible and creative regarding shot design, while also maintaining the quality of the work. The production realised how agile we were, as well as fast. For example, the layout artists and compositors could add planes, flak and explosions to shots on their own without going back to the CG or FX teams. As a result, the VFX shot count rose.”

Depicting the ever-present flak in the sky during battle sequences called for a library of its own. The flak fields – composed of exploding anti-aircraft shells the Germans used to bring down US bombers – that would extend out over the terrain below and around Yossarian’s plane were critical to the authenticity and intensity of the scenes.

But the individual pieces of flak were never uniform in their composition, shape or behaviour. Sometime they interact with other elements in the shot or each other, some are still burning and all of them leave trails of black smoke. So, populating the shots with flak was identified as another way to use an asset library to create shots in a modular fashion. Houdini was used to create all of the flak, ground smoke, explosions and debris. 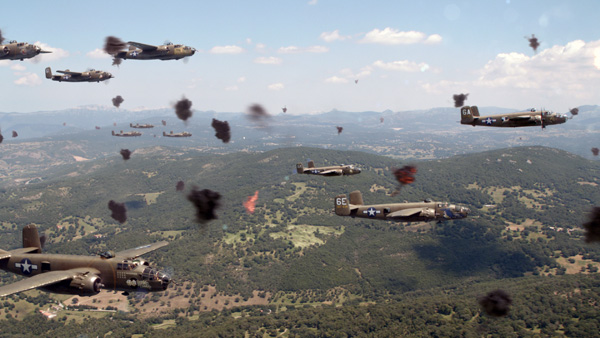 It was also important for the team to portray military dispersal areas. Dispersion refers to spreading troops and resources more or less sparsely over a wider area to avoid handing a concentrated target to the enemy. It can also refer to a scattered pattern of hits of bombs dropped under identical conditions.

“We had to distribute assets and FX over wide shots to create the effect of the dispersal areas. Shots featuring those areas in Pianosa had the ground, buildings and parked B25's all placed as one asset. We used this as a base and removed and added moving planes, trucks, jeeps and soldiers on cards to suit,” Brian said.

“The abundant explosions going off during the missions were created in a modular or procedural style as well. Our FX artists looked at simulated explosions they created in Houdini and were able to break them down into six stages from the time of detonation – for example, mushroom clouds, projectiles, ground impact, shock waves and so on. 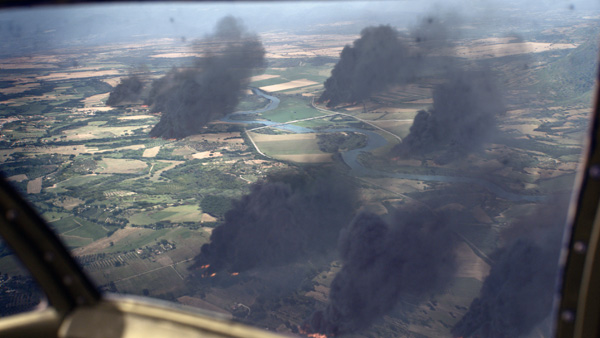 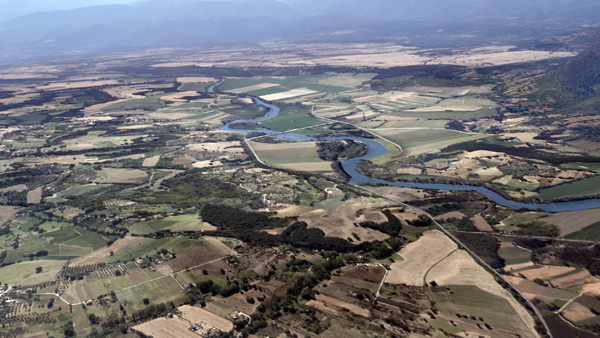 All of these could be varied and tweaked and recombined to build unique, authentic looking explosions to composite into their shots. This approach was more efficient and gave us better results than trying to re-use entire explosions that looked the same, or make bespoke examples every time.”

The bombing of a large factory at end of the series was somewhat different. DNEG first built the factory accurately in 3D, using authentic materials and structural design with a large interior volume. Starting this way meant that when they blew it up, the result was much more convincing, causing physically accurate destruction that would be realistic and recognisable to the audience.

As well as flying missions with the B-25 crews, DNEG completed extensive environmental work on the ground. Airfield shots and training sequences were largely CG. Yossarian’s training period in episode one, for instance, was shot on an essentially vacant outdoor set that DNEG populated with as many assets as possible in post to make it resemble Santa Ana Army Air Base, a huge basic training camp in California. 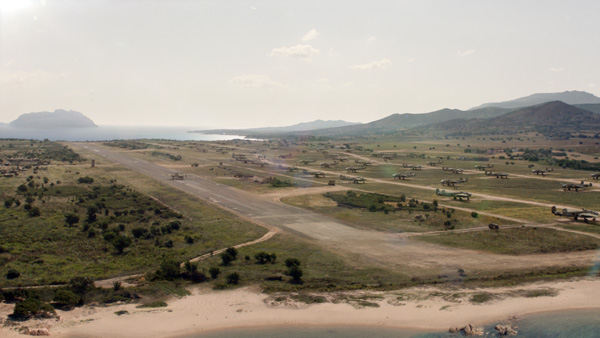 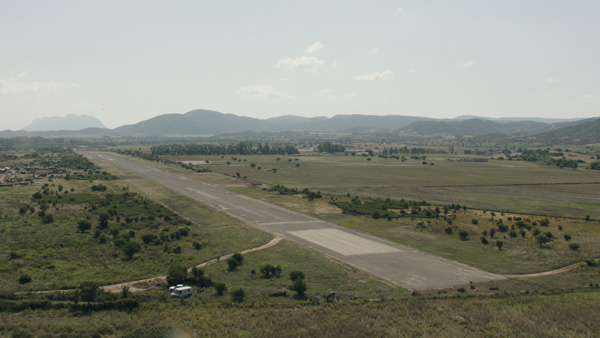 As set dressing was limited during the shoot, their work included buildings and vehicles, people walking past camera or working in the backgrounds, odd pieces of equipment and boxes cluttering the frame. Even the punishment circle was populated with digital assets. DNEG used Maya to model and Mari texture the B-25s and other planes, military vehicles and airbases.

The Pianosa peninsula location in the story was an interesting set. The real Pianosa is actually an island. During the war, German troops did invade Pianosa and occupy it, but the writer of ‘Catch-22’ Joseph Heller noted that it would have been too small to contain all the action described in his book.

Nevertheless, he placed Yossarian’s US Army Air Corps Bomber Squadron Base on Pianosa, where the pilots also use a nearby beach for recreation between missions. DNEG built a CG runway with a view of the water and an island at the end, calling for ocean and beach extensions, although none of these features existed on the physical set.   www.dneg.com 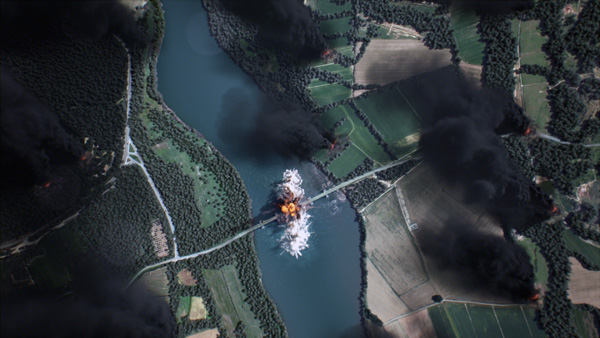 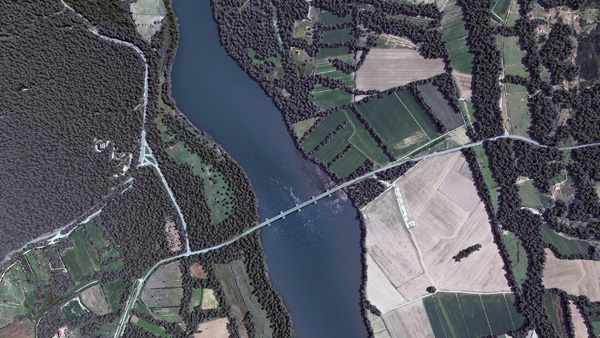 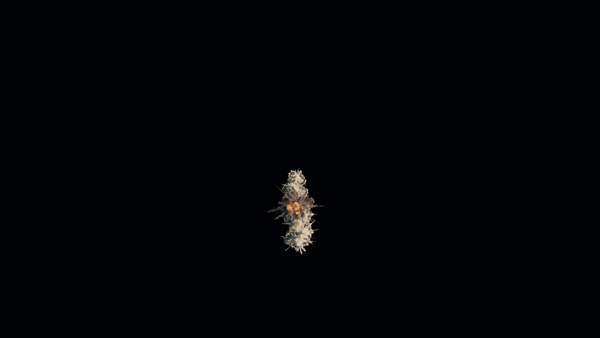 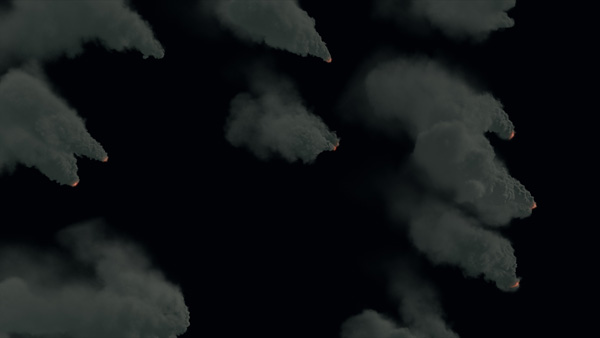