Framestore Builds The Witcher’s World of Magic and Danger

Framestore Builds The Witcher’s World of Magic and Danger

Netflix series 'The Witcher' is based on ‘The Witcher Saga’ series of books by Andrzej Sapkowski about witcher Geralt of Rivia and takes place in a fantasy world inhabited by sorcerers and a diverse population of monsters. The witchers are professional monster killers, mutated and trained in special skills from childhood, who travel about hiring out their services.

Framestore was one of the VFX vendors for the series, creating major environments and several magical effects. One of their team’s main roles was to help establish the look and feel of The Continent, the world where ‘The Witcher’ stories unfold, with a series of digitally enhanced and completely digital environments. As their role grew, they took responsibility for the design of several locations including the dark, gritty city of Cintra, the cliff fortress and magical academy of Aretuza and an Elven Keep.

To achieve the necessary look, the shoot took place mainly in Hungary and Poland, in studios and at various locations. The Elven Keep, the main set for the first series’ last episode, for example, was shot in Poland, and scenes around the city of Cintra were shot in a fort in Hungary. Some photography for backgrounds was also captured in the Canary Islands, which features wide, barren rocky landscapes that suit the story.

The production VFX supervisor was Julian Parry, who handled on-set supervision and gathered set data for the visual effects teams, and VFX supervisor at Framestore was Pedro Sabrosa, working with a team of nearly 100 artists for about 18 months.

To get started on the environments, Framestore’s VFX artists worked with its internal creative development and art departments, initially using the production designers’ concept art. “We built Cintra as a single, large asset measuring about 1km across,” Pedro said. “As well as concepts, the production supplied us with a very basic layout created in Google Sketchup but the details and specific looks were up to us. The Witcher books were always our ultimate guide, and we also used images of Carcassonne, an historic medieval citadel in southern France, as a major source of reference.

“We built the town in three social-economic tiers – the first was for the wealthier population, the middle classes were located in another section and finally the working people occupied another area. That foundation gave us a kind of logic to work from when it came to the construction. We adopted a library approach, building a kit of parts to fill out the streets and buildings with a huge amount of detail, using City Engine procedural 3D modelling software and Maya for the build.” 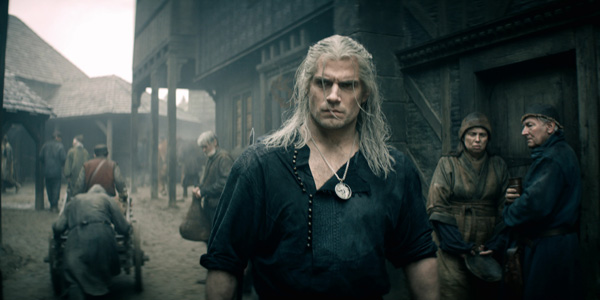 In order to maintain that high level of detail, they managed it according to the camera work. Detail was adjusted section by section, shot for shot, across the city according to the demands of the story and the shoot. Having a library of parts prepared the team to increase detail only when or where necessary. Later in the story when the city is attacked, they added destruction and degraded elements with the same approach, shot by shot.

Outside of Cintra, the team designed and built the exterior locations of Aretuza and the Elven Keep completely in CG, using these magnificent assets with a series of digital matte paintings to create establishing shots and to replace views from interior locations’ windows. Pedro said, “The Elven Keep, perched on a mountain top, was built to look as though it were made of stones and bricks cut from the mountain it is built on, that you see in the imagery. It was actually a combination of two real locations – a Polish castle and a gate photographed in Hungary – that we needed to blend together into the Keep.” 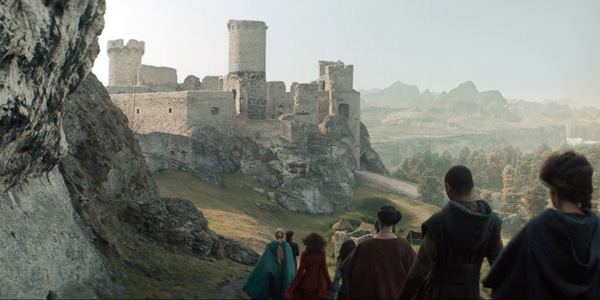 One sequence takes place on a precipitous rickety ledge the characters have to negotiate to make their way across a mountain rock wall. The scene combined several components that Framestore blended, augmented, partially redesigned and composited together in post, including a bluescreen shoot of the actors on a narrow set piece about 25ft long.

“We had plates and drone shots of rock walls from more than one location and used these to depict the characters’ point of view from the ledge looking up, down and across the wall, although what was in the photography did not always match the view the artists were building, or each other," Pedro said. "The best approach was to use them to create 3D elements and digital matte paintings to build up the environment and enhance the danger.” 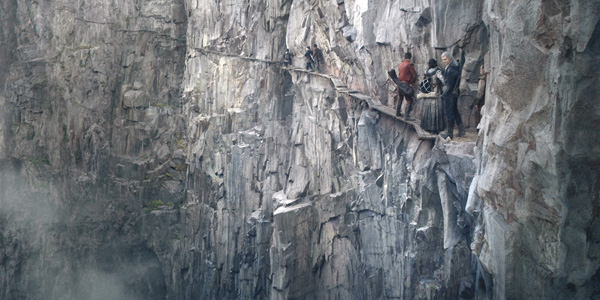 Pedro mentioned that establishing looks has a special importance for a fantasy series like The Witcher. “Environments and locations serve to set the scene very quickly,” he said. “If they don’t immediately look right then the illusion of the world we are trying to build is broken and audiences fail to be engaged. We also needed consistency – the show has a signature darkness and grittiness to it and every environment, element and effect we delivered had to reflect that.”

To help convey the magical side of ‘The Witcher’, Framestore designed and created a number of simulations and procedural effects in Houdini, in a way that was consistent with viewers’ understanding of The Witcher’s world and remained solid through all eight episodes. These included a crumbling stone, a character disintegration effect, smoke simulations and a fire bomb. 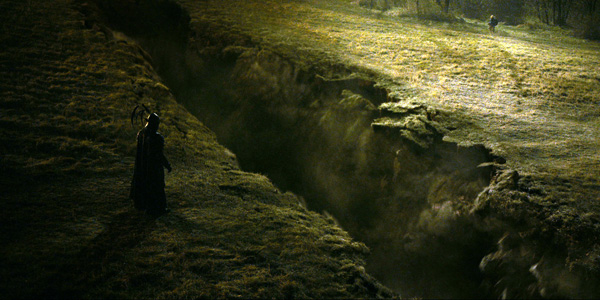 For instance, when one of the very tall, narrow stone monoliths positioned in and around the Cintra asset suddenly collapses, it narrowly misses crushing two of the characters and gouges a long deep groove into the ground underneath. No ordinary standing stone, this asset needed to break, fall and interact with the earth in a way that looked realistic enough to be believable, but essentially magical.

The stone needed a special look, and to crumble in a distinctive way. Its fall had to make it look heavier than rock and the hole in the ground had to look deeper and larger than expected. Special attention was given to the way the soil broke up and clumped together under the grass growing over the top of it. All of these effects were designed as simulations by starting with realistic parameter values that were then altered to create the final look. 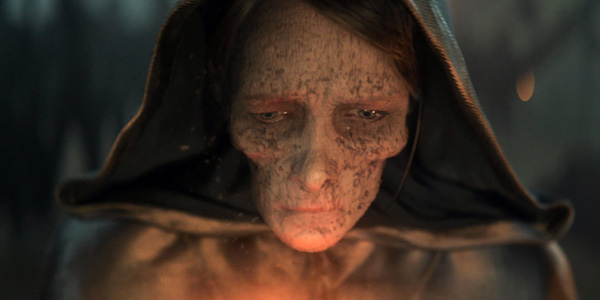 The sorcerers in The Witcher have powerful magic but it is finite – once their powers are used up, they have to die. To show this when one of the sorceresses creates a firebomb in her hands and throws it up into the sky, Framestore created effects, again in Houdini, that dry up and shrivel her skin, pulling it back into the bones of her face. Pedro said, “Aware of the sacrifice she is making, the performer’s face takes on a sad expression that our artists needed to preserve as the effect takes hold. They used the textures and look of mummies’ faces to create the stages of disintegration as the tissues shrink and peel away around the eyes and bones.”

The sorceress’ fire bomb was also tricky because, as Pedro said, it wasn’t really meant to look like ordinary fire. Framestore concepted the original look, very bright and animated with internal strands and a long, bright trail. What we see in on screen is the result of another Houdini simulation. 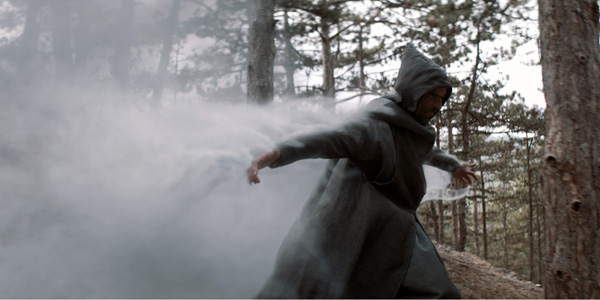 The sequence takes place at night which made interactive lighting important. A practical explosion set off on set generated some of this light although the explosion itself wasn’t very helpful when creating the effect. The actress held a light rig in her hands to help them recreate and composite her arms in CG into some shots

The smoky mist that flows out behind a sorcerer advancing through the trees was approached two different ways. When camera is at ground level with the actor the forest is real and the smoke is added to the shots. “But for more distant overhead shots we built a CG forest as well, simulating the smoke separately to work in those digital shots to resemble the motion of the actor,” Pedro said. “The idea was keep as much control as possible over the smoke, which was a story point, in all of the shots to make sure it matched the practical smoke created for certain scenes as a magical special effect.”   www.framestore.com