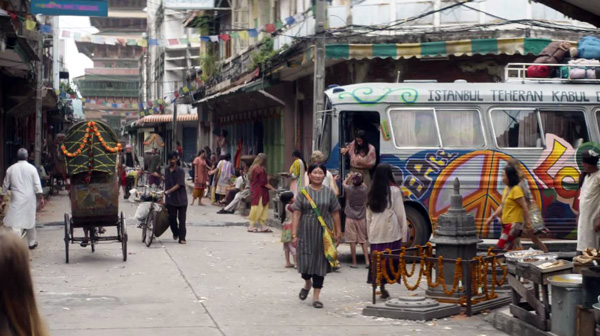 Vine FX delivered 500 shots for 'The Serpent', an eight-part mini series shown on BBC One and streamed on the iPlayer. Filmed in Thailand and the UK, the series story draws from real-life events surrounding infamous French thief, conman and serial killer Charles Sobhraj who preyed on Western tourists, specifically young hippies, he encountered at destinations across Southeast Asia in the 1970s.

The production undertook thorough research in order to accurately portray the recent historical past. As main vendor, Vine FX was involved in the project since early 2019, led by VFX Supervisor, Michael Illingworth.

The pandemic had a direct impact on the making of the show, forcing the cast and crew to leave Thailand eight days before the shoot was scheduled to end and find alternative locations in the UK for the final shots. Michael helped ‘The Serpent’ team scout across England to find suitable sets, finally choosing Wrest Park Mansion heritage estate and the village of Tring in the Chitern Hills, and the production was soon running again. 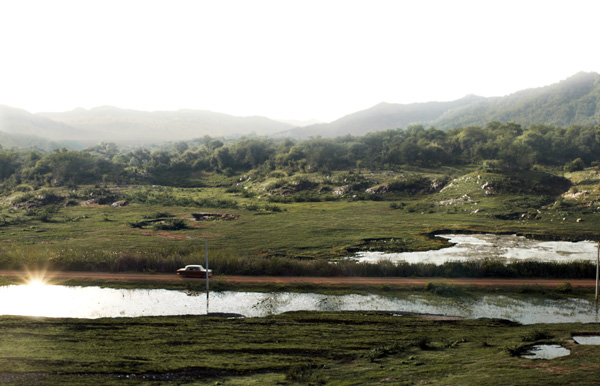 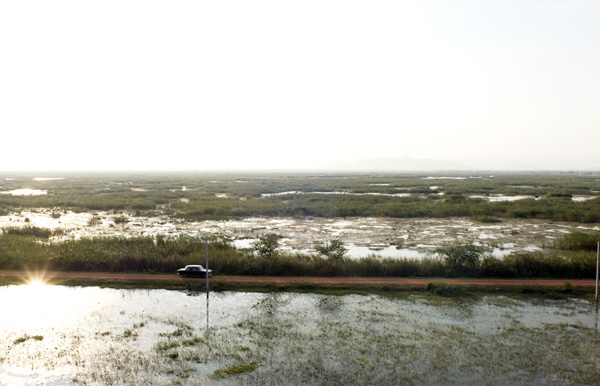 Vine FX’s main task was to combine 2D elements with on-set locations as a base, from which to create authentic digital matte painting set extensions, effectively transporting the characters into the streets of Paris, Kathmandu, Karachi, and out to vast mountainous landscapes and ancient temples. Supporting this illusion, vehicles with green screen windows were used to pull the landscapes into the story, recording the characters’ journey across borders and the passage of time.

Michael Illingworth said, “The client had a very clear brief of the style and feel they wanted to convey throughout the show, and shared great reference images and materials with us from Thailand in the 1970s. Lead director on the show Tom Shankland also sourced and shared inspiration from his own personal experience and travels, including the breathtaking Himalayan mountains, temples that have now been destroyed by earthquakes and no longer exist, along with the bustling streets of Bangkok. 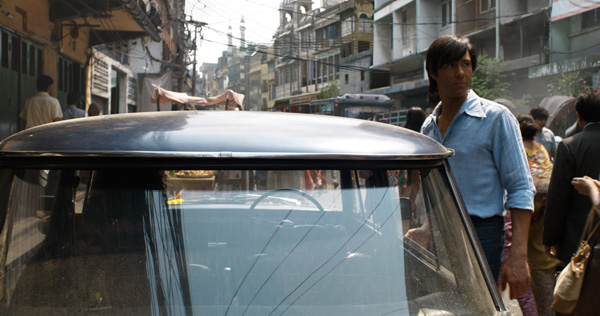 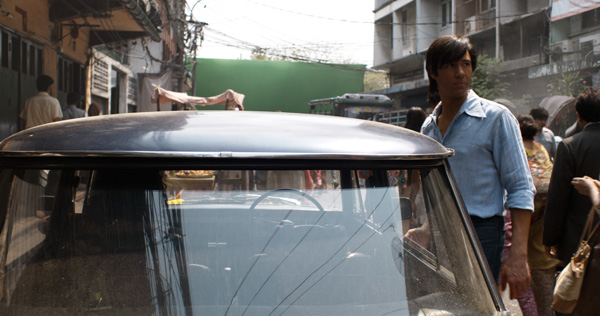 “We had literally just started on the project when the first lockdown was announced, which led to a mixed delivery experience. The deadlines were extended, but at the same time we couldn’t go and source elements we needed for VFX shots. So, it became an amazing collaboration between all creators, production, editorial and our own team to deliver results we were all proud of.”

Brynley Cadman was the onset supervisor involved during the shoot. He and the team gathered as much information as possible, including 2D elements, and handed everything to the Vine FX team when the cuts were locked. They were able to use some material from rushes but eventually, it wasn’t enough.

“We had always planned to send someone to gather further elements of the mountains in Nepal,” said Michael. “But by the time we started, the lockdown was announced all over the world and we had to start looking for pre-captured material to use for our shots. Only in late spring when the restrictions were lifted a little did we managed to organise a shoot for elements like passports, photographs and some buildings for the Paris DMPs.”

Lead DMP painter Doug Winder expertly supervised the DMP team throughout the show, despite the limitations on their movements. Early on in the shoot they had been able to take a lot of on-site references either from the set or fill-in locations, but unfortunately, some of the locations no longer even exist.

They were very lucky to have a photographer on location in Nepal, Gautam Dhimal, who was able to shoot some impressive stills of Kathmandu. Although many of the original buildings and pagodas were destroyed due to the earthquake in 2015, his images were still invaluable material to help them re-imagine Kathmandu in the ‘70s. 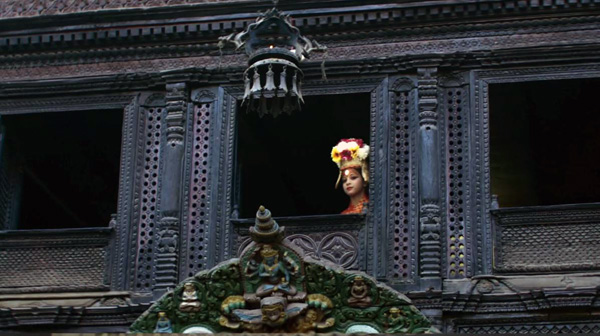 “As the pandemic progressed, some critical reference from locations became unavailable, meaning we had to get more creative with our image sourcing, in a few instances resorting to image banks or stock footage. Much came from our own material archives, and the aesthetic of the show came partly from using bold stock material from the period. One of our VFX supervisors, Oliver Milburn, was able to source material from his archives as well,” said Michael.

When making use of reference, they took a lot of care in sourcing images under the correct and required lighting conditions needed to match the environment required in the brief. If no such material was available they resorted to extensive modification to suit the lighting needs, including digital matte painting, 3D projections and re-lighting the images to ensure the live action looked correct.

Michael said, “We also tried to respect the perspective and look so that it was accurate to the lenses used for the foreground plates. In particular we were meticulous in selecting elements that conveyed the scale and scope of what was being portrayed within the story at any moment.” 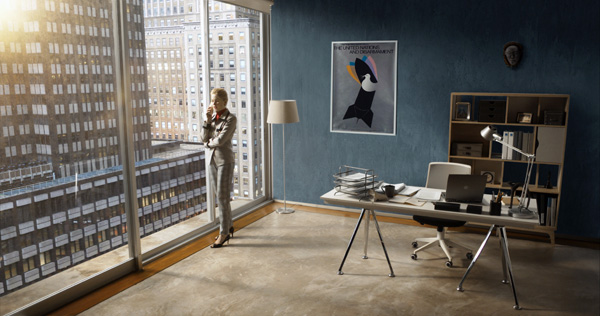 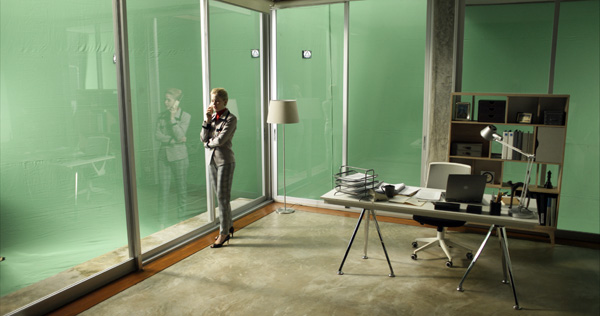 To replace green screen windows in moving cars, they particularly pushed for filmed background elements with lighting that was sympathetic to the foreground plate. During compositing process they would then grade in the lights and shadows that link the two elements together to create the required end results.

Head of 2D at Vine FX, Ezequiel Villanueva said, “It was a 2D heavy show and our initial workload increased by a third as the scope of filming adapted with Covid-19. Historical accuracy was the piority throughout, with a particular focus on creating authentic locations and documentation such as newspaper headlines, for example, to include the characters in real historical events, and the integration of documentary archive footage into the overall story on screen.”

Also, as the crew used a combination of 6K and standard definition cameras, it was important to blend the plates between different image resolutions. The director Tom Shankland wanted the archive footage blended into the drama as a way of setting the scene for future events. During compositing they aimed to replicate the physical nature of the media of the time, using scratches, texturing and the general signs of ageing. 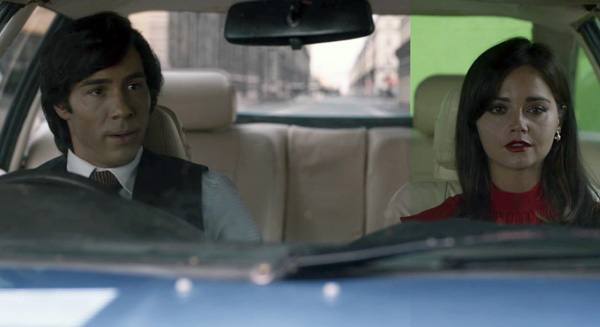 Continuity was a critical element of all sequences. For the characters themselves, their ages needed to look quite accurate from shot to shot to help viewers follow events and keep up with the show’s fast-paced non-linear storyline, spanning from the 1970s to early 2000s. Helping Vine FX achieve the correct degree of ageing was co-producer Paul Testar of Mammoth Screen.

“Paul was committed to delivering accuracy at all levels, having thoroughly researched the background of Charles Sobraj along with the other characters, and we worked alongside him to fulfill the required ageing briefs,” Michael said. “From a VFX perspective character ageing involved either complimenting the characters’ makeup by retouching, or by creating digital makeup effects from scratch.” 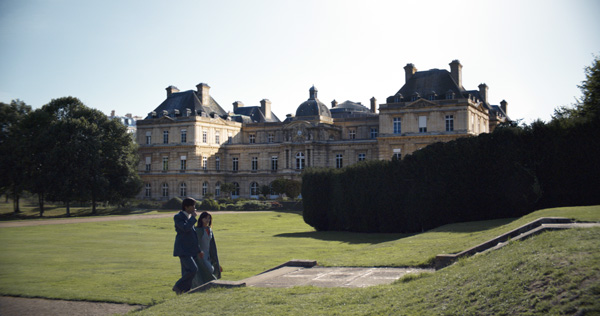 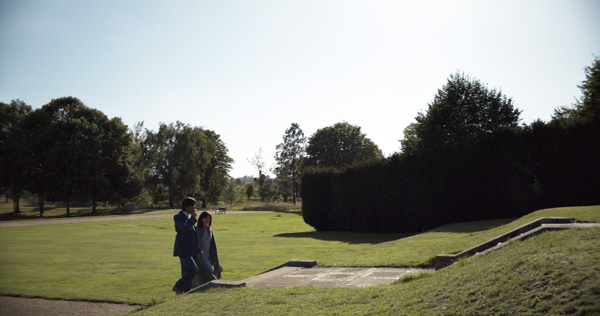 Because the characters’ travels were a key part of the story, split-flap departure boards were a prominent feature of scenes at airports. Today, analogue split-flap displays are gradually being replaced by LCD or LED screens but in the 1970s and ‘80s they were found in most airports and railway stations to show departure or arrival information. Each character position has a collection of split flaps on which the characters are printed, held on a spindle. The spindle and set of flaps is then precisely rotated to show the desired character.

To be able to control the displays to align with the story Vine FX constructed their own split-flap board model entirely in Maya, using Photoshop and Substance Painter to create the textures for it, representing the authentic look and feel of the time. The shots were rendered using Arnold and then composited in Nuke.

The board’s development began in the early stages of the show. They studied cross section drawings found online while trying to fathom the mechanics of the action. Lead 3D Generalist Matt McKinney, who created the split flap asset, said, “To make the animating text effect we first had to understand the mechanics of how an actual departure board-style split-flap works. We replicated these internal workings to build our own fully operational, CG version. 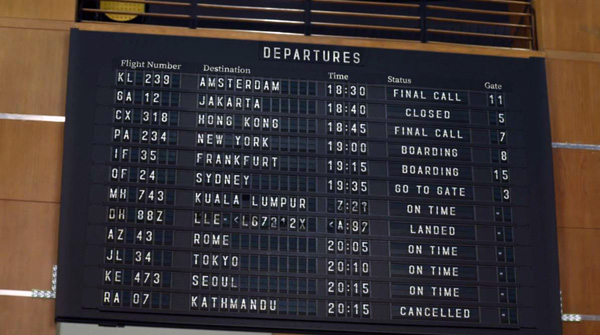 “We wrote some code to create a virtual keyboard, scripted in Maya using MEL, rather than a physical one. We used it to enter the multitude of locations and times needed in ‘The Serpent’.  Each Character or Digit was assigned a rotation value so it could spin to the correct location at the press of a key. Our split flap was then set to automatically spin to the correct positions, spelling out the required text.

“This was important to the client as they wanted the asset to reflect the time period and branding of the series, while providing a visual cue for important plot-points. It also made us more flexible. As our Client honed the edit of the show and multiple revisions to the split flap text were needed, it became invaluable to be able to quickly update the boards.”  www.vinefx.com