FuseFX Freezes Up the Harsh World of ‘Snowpiercer’ 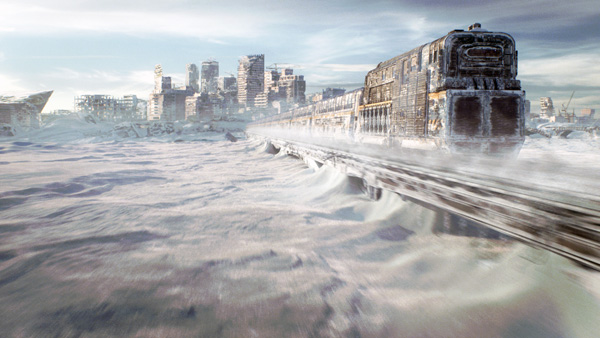 The episodic TV series ‘Snowpiercer’ is based on both the 2013 film with the same name, and the French graphic novel 'Le Transperceneige'. Before viewers join the story, an Ice Age has occurred, a six-year blizzard causing total destruction over the surface of Earth. All survivors are sheltering on a perpetually moving luxury train that had been designed and built earlier on by an eccentric billionaire.

The train comprises 1,001 carriages and circles the globe 2.7 times per year. Its constant motion generates energy and enough heat to keep the population from freezing. However, the story focusses less on science fiction and more on the severe class separation the passengers live under, inequitable allocation of resources and politics of survival.

The VFX team at FuseFX, based in Los Angeles, had worked on Season 1 of the show, when most events of the story took place inside this massive train but, in Season 2, more of the action moves outside. Although a general look had been established for the exterior, it hadn’t been developed in detail. This environment became the team’s main work for the season. Digital Media World had a chance to talk with FuseFX’s VFX Supervisor Damien Thaller about the challenge of visualising this frozen world. 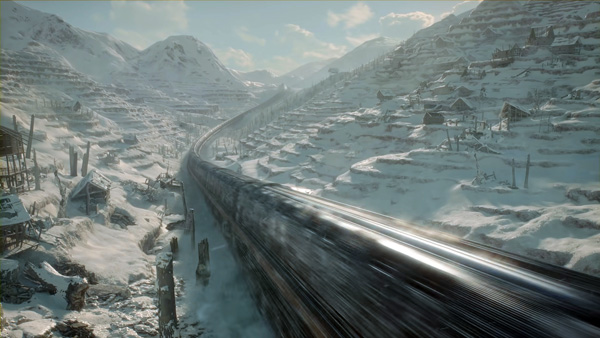 “The look and feel is harsh, not a snowy winter wonderland mood, without any fantastical, magical qualities,” Damien said. “The brief from the client called for a high level of realism, with all looks grounded in the real physics of a hard freeze.”

Because Seasons 1 and 2 of the show had been shot back to back, when FuseFX started on look development, production had already been completed. Strangely, the Covid-19 lockdown fell in Los Angeles during Damien’s first week on the show, causing him to self-quarantine in their studio. As collaboration was the big question for keeping post moving, he served as the link between client and team using MS Teams and Zoom. Working with high resolution, colour-calibrated 4K screens was essential as well, to maintain accuracy between the dispersed artists.

A comprehensive collection of reference images was sourced of frozen landscapes from Scandinavia to Canada, from Antarctica as well as the Northern Hemisphere, and at different times of day. “To match the brief, we needed reference for hard ice effects in particular. We had to re-build earth as we now know it – but looking quite different in shades of blue and grey, with no vegetation. Our research also had to look into the effect a prolonged deep freeze would have on a variety of different landscapes,” said Damien.

“For example, we discovered that most plants and trees would simply burst apart, leaving landscapes that weren’t just covered in ice but also denuded. Because the train travels the globe, going into exotic regions was an interesting challenge when when we tried to visualise how such places would look or be changed by such conditions. Reference images could only take us so far.” 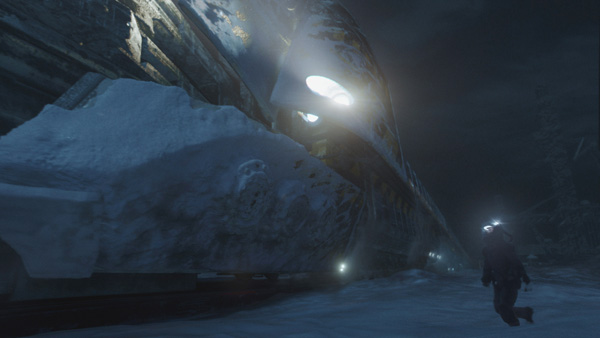 FuseFX did quite a bit of previs on their own, as the client had not prepared comprehensive storyboards for the episodes, and the team also contributed to concepts, colour palette and some of the camera work because so many full CG shots were needed.

Nevertheless, the world, especially cities, had to be recognisable to serve the story, and to give the journey of the train its locations. Landmark buildings, stadiums and other features had to be clearly visible and in the right positions. FuseFX has a very large, diverse library of generic city assets – buildings, textures, infrastructure and other parts – to start the builds from, and from there the team would rely on Internet references and existing photos to make each city distinctive.

They also had to work quite fast due to the episodic format of the project, calling for approaches to the effects and the many all-digital shots that would be time-efficient and flexible, as well as allow creativity to produce the looks the client wanted.

Snow and ice were the overriding feature of all of FuseFX’s work on the show, and they wanted to build that world in as controllable a way as possible, not only controlling realism and looks in every scene but also maintaining their ability to make it interesting, dramatic and consistent from beginning to end, as well as synchronised with the changes in the story, which could develop quite quickly. 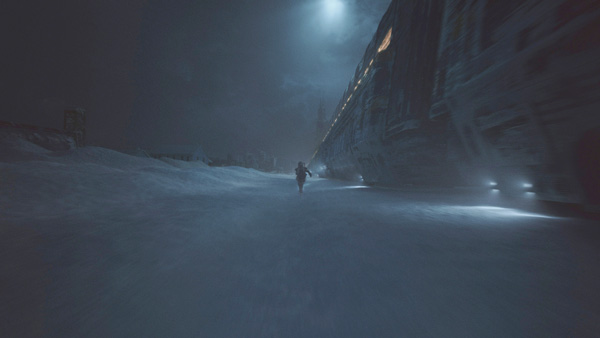 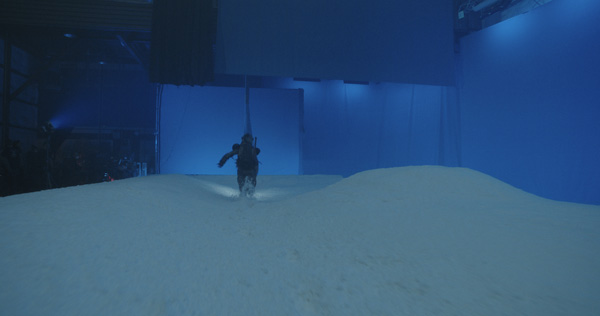 Damien said, “We began developing procedural textures to use with geometry and light rigs. The environment was built in layers, not relying so much on 2D digital matte paintings. That way, because the procedural shaders could be transferred between scenes, we could stay in the 3D world and work continuously with the production’s dynamic camera.”

Along with Maya for 3D work, tools that were helpful for this approach included Houdini and Gaea procedural terrain building software, which also has tools for look development.

An important part of the team’s shots was the external views of the 1,001 car train, which is comprised of two connected trains – a 40-car supply train and engine called Big Alice, and a much longer tail train, built on two levels, where all other people left alive must survive and somehow live together. Apart from the characters, the train is what the story centres on and where all the action takes place. “The challenge here was rendering such a massive, complex asset with the desired level of detail, motion and FX,” said Damien. 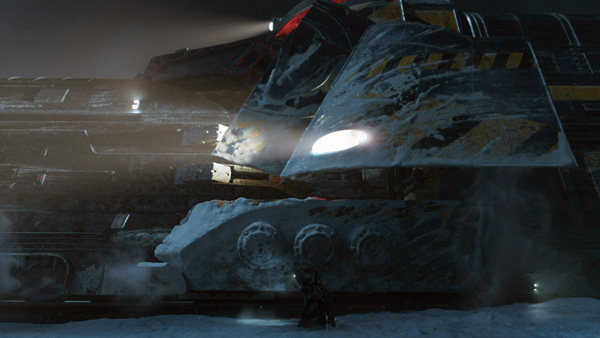 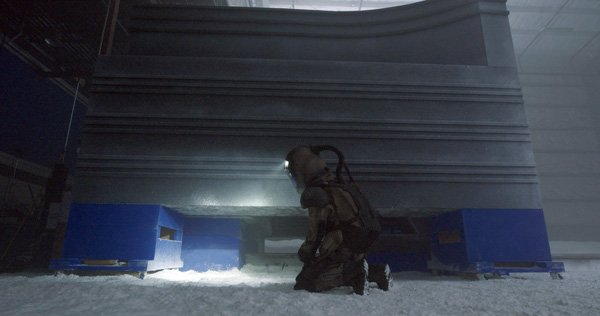 “So our artists developed a tool for the train, used at the VFX layout stage, in which they could plan the looks and animation – including the position and choreography of the virtual camera, the CG train and other elements – in detail over the course of a shot while still working at a low resolution. This gave the other VFX artists a foundation for shot construction, as all the layout data could be preserved and transferred over to Maya and Houdini and rendered in V-Ray.

Knowing the look of the shot and camera moves, path and angles made the CG and FX work more efficient and meant fewer large revisions to get the desired result.

One of Damien’s most memorable shots was in the first episode of the new season when Melanie, one of the main characters, steps off the train and out into the frozen landscape for the first time since the blizzard. The team’s job was to tell her particular inside story as she finds that the world is still there, and recreate her first impression – the train, snow and atmosphere – all in 3D.   fusefx.com