Luma Pictures completed work on 177 shots for the recent Marvel Studios film ‘Shang-Chi and The Legend of The Ten Rings’. We had a chance to talk with Andrew Zink, Luma Pictures’ VFX Supervisor in the company’s Melbourne studio, about the effects the team created. Working alongside Andrew was VFX Supervisor Alex Cancado leading Luma’s artists in Los Angeles, and the full team of 167 artists worked under Marvel’s VFX Supervisor Chris Townsend and VFX Producer Damien Carr.

One of Luma’s sequences was an intense fight that takes place on board an articulated bus as it speeds through the city of San Francisco, out of control, and eventually splits in two. Luma was well-prepared for the scene after having led a fight sequence on a moving train for Captain Marvel in 2019. The dynamic photorealism had they achieved in that sequence impressed Chris and Damien, but the work for ‘Shang-Chi’ was different, and involved pulling together two shoot locations.

The live action inside the bus was captured on a sound stage where a set was built for the bus interior, surrounded by bluescreen. For the environment, a shoot was recorded on location in San Francisco with an 8-camera array from a vehicle following the route through the city that the bus takes in the story. The result was an almost 360 degree view of the surroundings, captured at 4K. 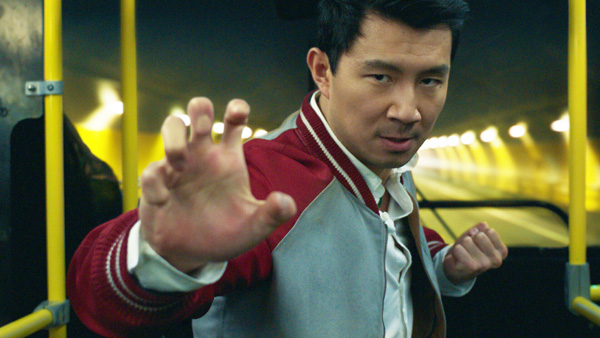 Processing and stitching these camera views together was Luma’s job. Andrew said, “We handled thousands of frames, which were eventually cut together with the plate photography. To help complete the view from every camera angle we also had stills, plus LIDAR scans, drone shots and witness cameras. We had terabytes of data to work with, and were making ‘new’ data from all of these materials to achieve the desired drama and realism.

The camera moves outside the bus as well, which meant viewing the environment from still further angles. The team handled the bus exterior as a digital element within the shots, as the vehicle was required to perform some extreme stunts, building a complete CG version from scratch. The acquisition team supplied thorough reference of a live action bus, including photography and LIDAR scans, allowing them to recreate it from any angle the plates called for. They were also able to show the bus malfunctioning by rebuilding its articulation mechanism with realistically flexing metal, preserving the continuity from shot to shot.

“We really needed to produce dynamic shots for the sequence, high and low-angled. Internally, we created some techvis to help figure out where the camera was. In order to introduce the height differences for the camera, we could request matched shoots from high and low positions,” said Andrew. 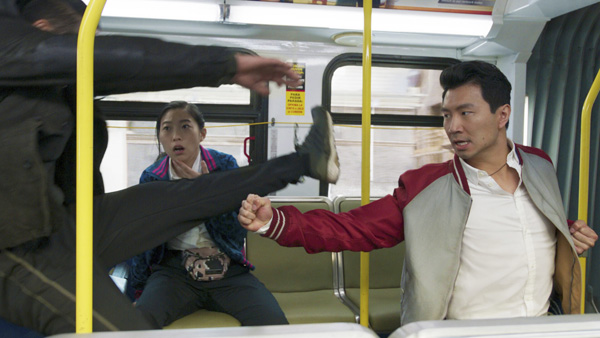 The goal was a bus fight that was fantastic without veering into fantasy. “Results are subjective for sequences like this, balancing reality with unreality. The compositing and how we handled the lighting and rolling reflections was critical. We knew that, when reviewed, the shots would either look real, or they wouldn’t – there wasn’t a lot of room for over-the-top visuals. The audience should never question whether or not the bus was really driving along the streets of San Francisco.”

Luma was responsible for the character Razor Fist’s sword-like hand that replaces his real hand, lost in an accident. This effect was shared with other vendors who were working on shots with Razor Fist in other sequences. The need to handle it in the same realistic way as the rest of their work made it a fun challenge. Andrew said, “We started with a very fictitious effect, then pared it down until we reached a happy medium of a red hot, razor sharp blade.”

For the animation and integration, everything real in the shot, including the cuff to hold the sword and the actor himself, was LIDAR scanned. The glow needed a super hot look. Working with textures and shaders gave a good but static result. From the concept art, they investigated different options for the source of its energy, and tried electrical arcing, solar flares and sound waves, but in the end went for more realistic kinds of references like sword-making.

To introduce the desired nuance, they built different Houdini AOVs, or passes, depicting heat with flashes. Each of these could be art-directed and finally composited together to settle on the precise look. Also, by matchmoving his arm, they could apply rotation to it in order to twist the sword, showing it on edge at one moment, or as a flat surface at another, giving them a chance to show off its danger.

Locally in Melbourne, Andrew led a team of 96 artists, along with with 71 others with Alex in their Los Angeles location. Luma Pictures’ agile team, internal workflow and collaboration with Marvel Studios all helped the studio tell this story and enhance the images across their sequences. The studio has been working on movies with Marvel Studios for over 10 years. www.luma.inc/pictures