FOLKS Blends Physics and Magic for ‘The Umbrella Academy’ VFX 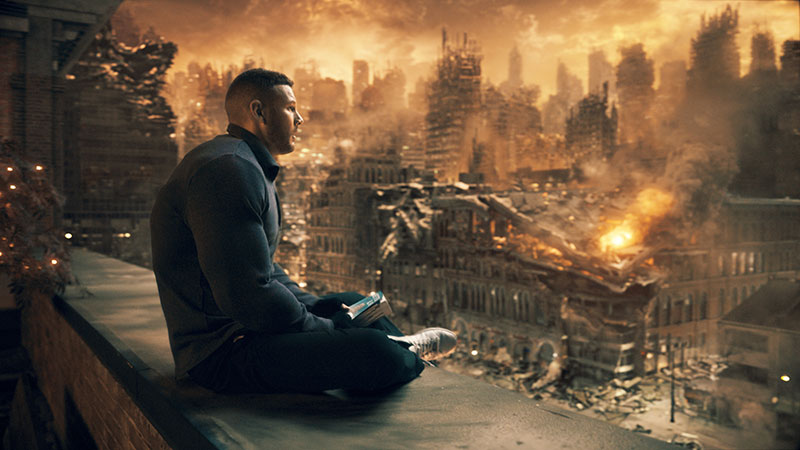 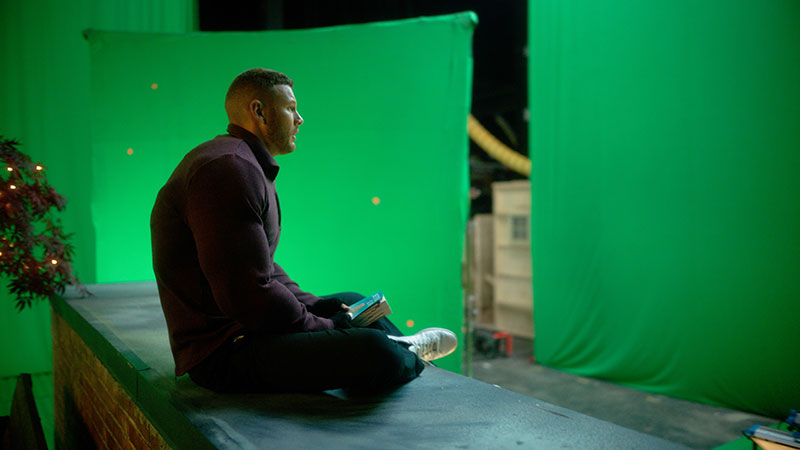 In The Umbrella Academy season 3, the seven superhero Hargreeves siblings realise that their time-travelling actions in the past have created a new world timeline, threatening the world with destruction.

Returning to the year 2019 to re-group, the heroes find a vastly different world where they have been replaced by an alternative Hargreeves family called the Sparrows, whom their father has adopted to replace them. They must also stop a Kugelblitz from consuming and destroying the universe, resulting from the events they have both prevented and caused through time-travel.

FOLKS visual effects team delivered around 570 shots for the series in nine months, and were responsible for a diverse line-up of effects. These ranged from familiar, worldly elements such as CG Ravens, flamethrowers, destruction and debris to the Kugelblitz itself and the Kugel-Wave that destroys anything in its path – the kind of science-fiction fantasy elements that make The Umbrella Academy stand out. 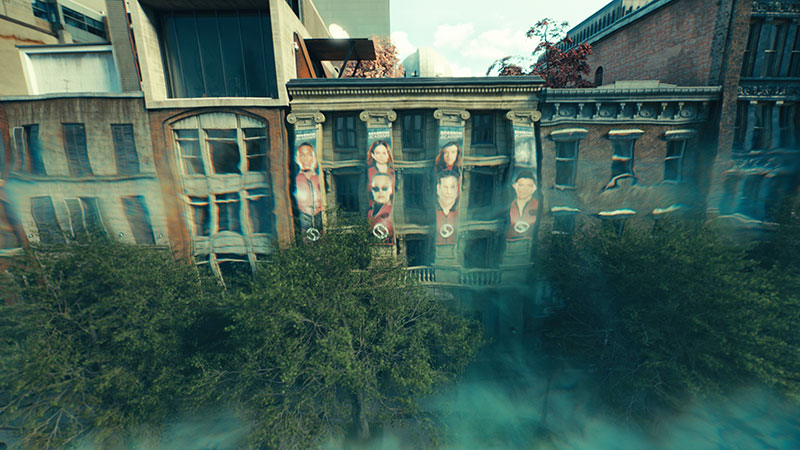 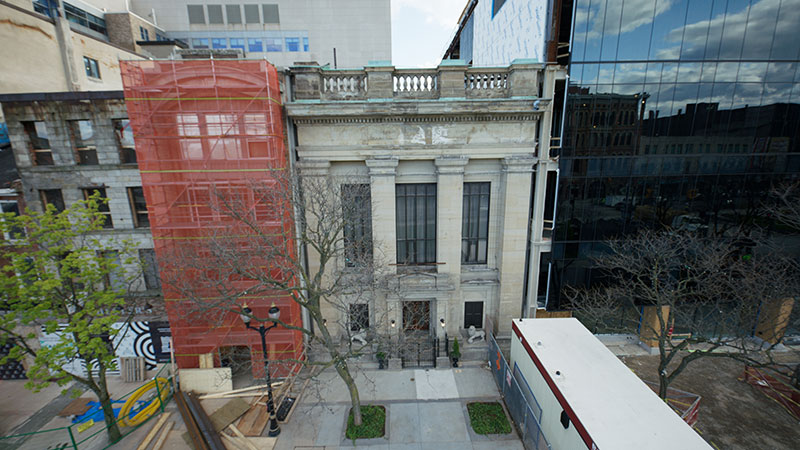 VFX Supervisor Laurent Spillemaecker led the team at FOLKS, working with Netflix Production VFX Supervisor Everett Burrell. Interestingly, as well as VFX Supervisor, Laurent is also Head of 2D at FOLKS. He said, “My compositor background helps me evaluate the quickest solution for certain situations, or the kind of extra layers or elements that CG could generate to enhance the shot at the compositing stage in an efficient way. I always favour a blend of CG and practical elements when possible, and I heavily rely on real photography references as much as I can.”

“We were involved early in pre-production on this show, especially for two key assets – the Kugelblitz, and Christopher, who is an intelligent, non-human, floating cube member of the Sparrows, the alternative family from 2019. We were able to nearly complete both of these assets before principal photography began,” Laurent said.

“This was the third season in a row that we have collaborated with Everett Burrell and the production team, and I have to say that, once again, we had a lot of creative latitude. The approach is always very collaborative – Everett gives us many opportunities to propose and design elaborate looks and styles and is very open-minded. That makes working on the project such a satisfying process.” 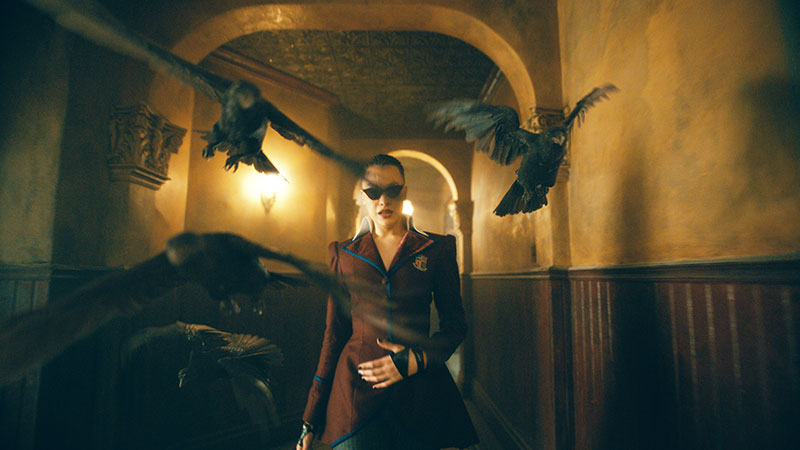 Most of FOLKS’ assets were built from scratch – the Kugelblitz, Christopher, the Ravens that are close associates of one of the Sparrows, and the Academy Building. This building doesn’t really exist at all. Only a small portion of the exterior building exists in the Toronto area, and all the rest is a vast, complex CG building.

The whole city is also mostly CG, mixing visual references of Chicago and various other large US cities. Production provided some concepts, but mostly for the design of the Academy Rooftop, which was then completely built in CG as well, by the artists.

Laurent said, “All of the VFX in this season have really been a part of the narrative, in the same way that Christopher, the KugelBlitz and the Ravens are woven into the narrative. Also, because they are all CG characters, they needed to be designed early in pre-production. 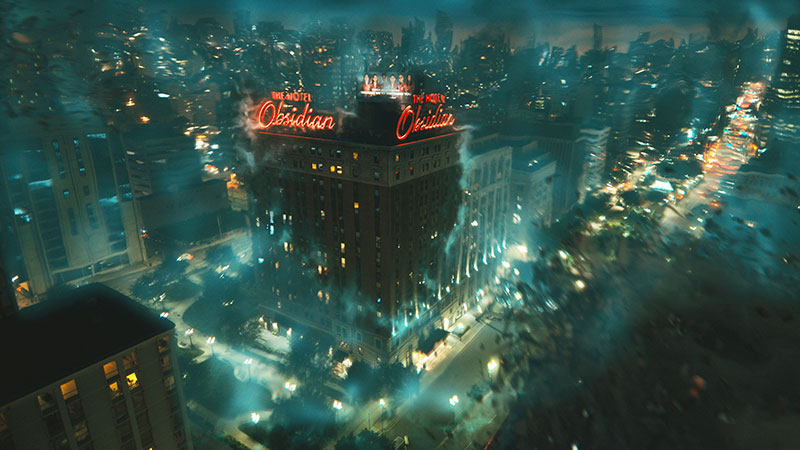 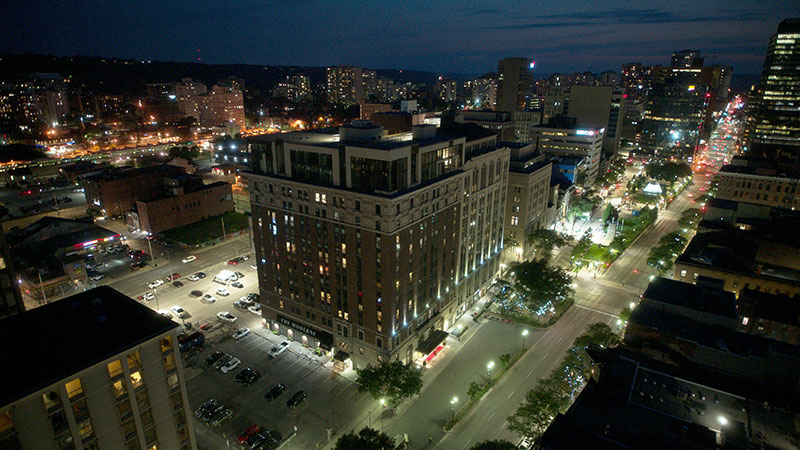 “For example, for the KugelBlitz, we delivered early renderings to production, whose team built large, LED versions of it, in various sizes, that would play out our rendered images on the set and generate interactive light in the scene. These props also gave the actors something to look at – a bright pulsing object – and act accordingly. There’s nothing better than real, on-set lights.

“Then we would re-render and composite the CG Kugelblitz into the plates in post-production. We did the same for Christopher. Once our CG model was done, they built an actual-scale Cube model for him, rigged with internal light to place on set during the shoot. It meant we could reduce the number of VFX shots involving Christopher alone, or at least give a very good reference for actors or for VFX when it needed to be replaced.”

However, some time before those renderings could be produced and shooting started, a detailed look development phase was needed to explore the idea of the Kugelblitz itself. The ideas were relatively vague at first – for instance, in theoretical physics, a kugelblitz is a concentration of heat, light or radiation intense enough to warp spacetime and cause a region to become a black hole. Meanwhile, the production was looking for a blob that grows and disintegrates objects.

Nevertheless, FOLKS, Everett Burrell and the show-Runner Steve Blackman took a more constructive, creative approach. Laurent said, “The basic idea started with water bubbles in zero-gravity based on NASA References, and an old movie from the 1970s, ‘The Andromeda Strain’. After several rounds of lookdev, the Kugelblitz became a large, evolving Houdini FX fluid simulation with complex, translucent shading, passing several custom AOVs for heat, viscosity, disparity, velocity and other parameters, that could be dialled in during compositing. 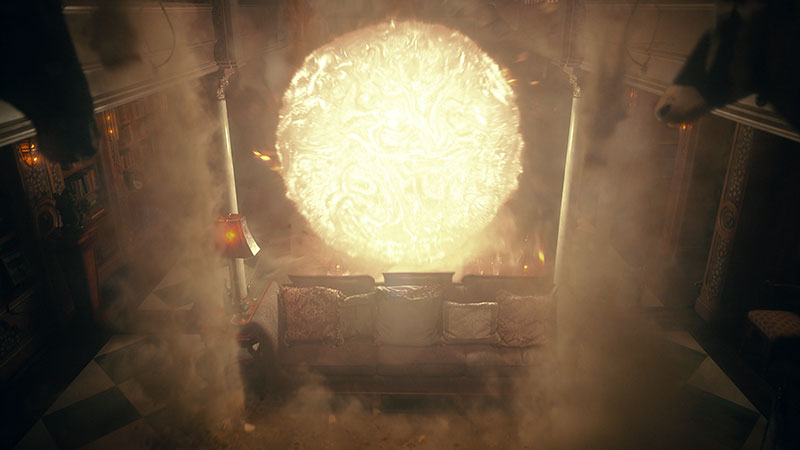 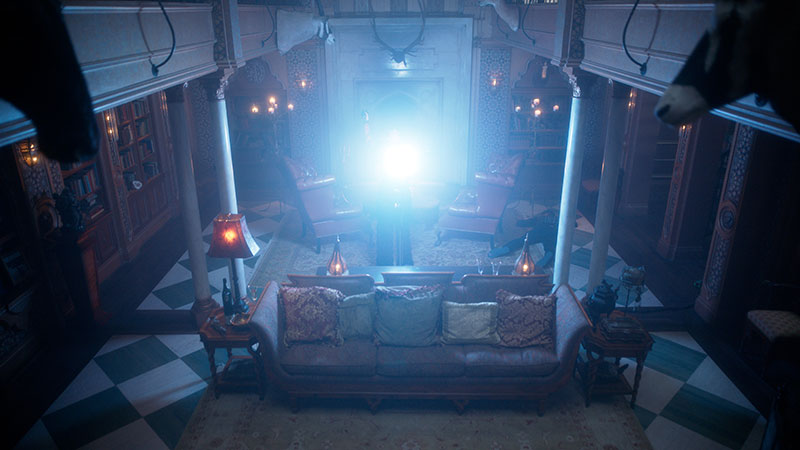 “The Kugel-Wave is another Houdini FX particle simulation, art directed at the layout stage with the production VFX supervisor. The destruction it causes is an interesting blend of physically-based rigid-body simulation and magical – that is, not obeying the laws of physics – particle streams. That combination meant we had to adjust the type of effects we used for hard-surface elements, such as city buildings, or organic elements like trees, animals and humans.” folksvfx.com 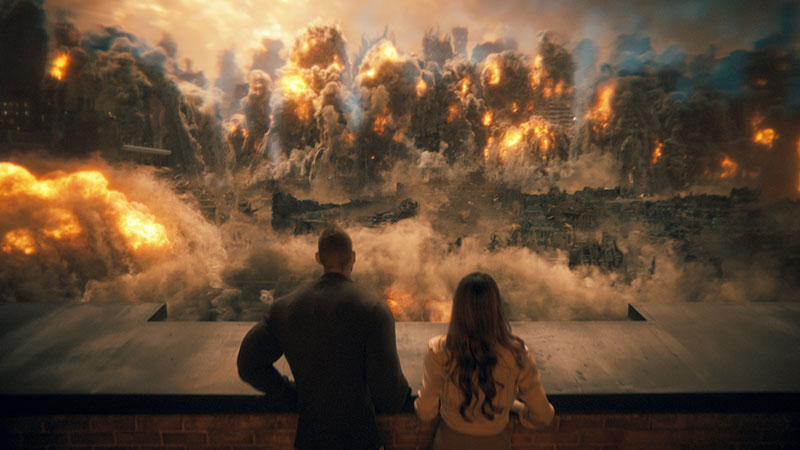 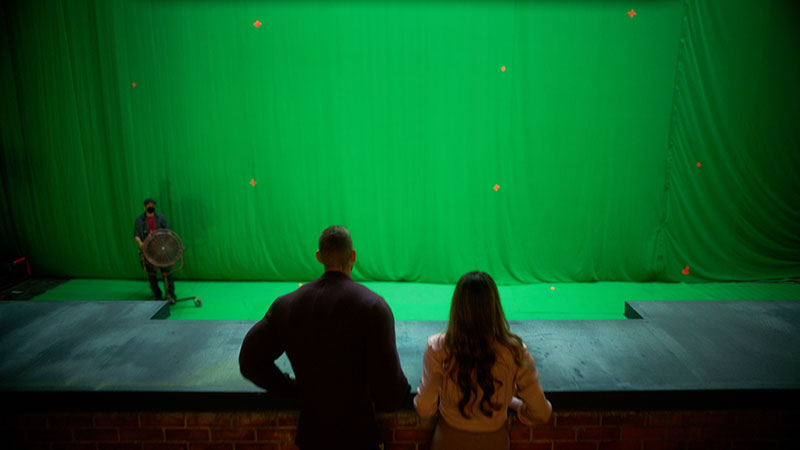