Outpost VFX Reveals the Beauty within the Brain

Outpost VFX Reveals the Beauty within the Brain 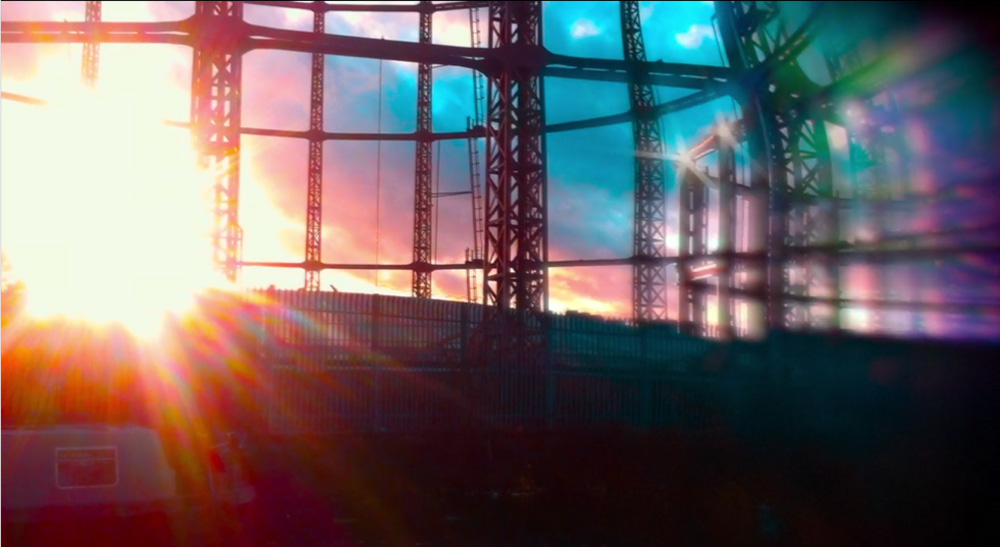 Outpost VFX in the UK has produced visual effects for the Netflix Original production, ‘My Beautiful Broken Brain’, released last month and currently showing on demand. The film is the story of Lotje Sodderland, a 34-year-old woman who has suffered a stroke and come away with a new understanding of the complexity, fragility and wonder of her own brain.

Her film, which she created and directed with director Sophie Robinson and filmmaker David Lynch, contains footage that she captured in the weeks after waking from an induced coma. After regaining consciousness she found herself in an altered reality where words had lost their meaning – due to a condition called aphasia - and where her sensory perception had changed.

The project included over 110 VFX shots, all of which were concepted and created by Outpost VFX. VFX supervisor Elena Estevez Santos told Digital Media World about how the VFX in ‘My Beautiful Broken Brain’ were used to represent and express Lotje’s vision of the world to audiences. After her initial stroke, she experienced strange dreamlike imagery and auras from the eye on her right-hand side.

Then, following experimental therapy, Lotje suffered a seizure that changed her visual perception further, making the beautiful, colourful visuals that she had been seeing appear far darker, menacing and nightmarish. 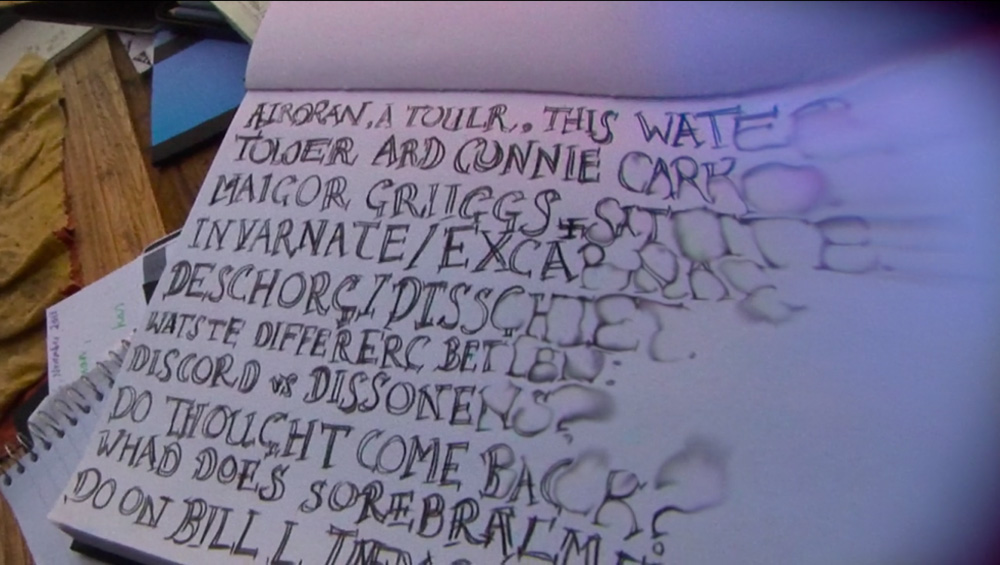 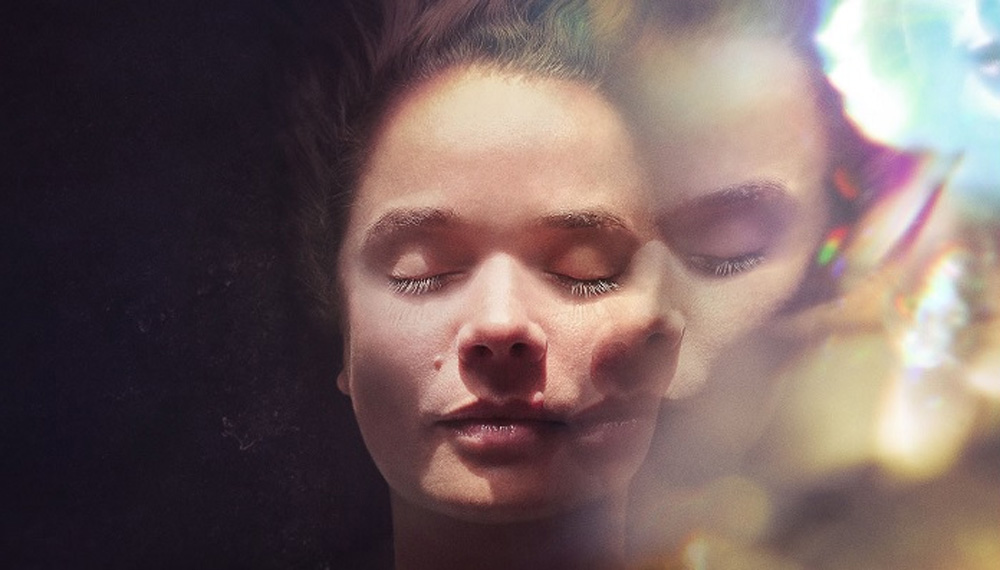 “We developed two different looks, one for the POV after her stroke - colourful, timeless and surreal - and one for the threatening effects after the seizure,” Elena said. “Both looks were applied across several shots to recreate her right eye’s sight. From there, every shot has been individually crafted to make the most of each scene.

“Apart from a generic look, in order to effectively recreate this childlike new world, most of the shots incorporate surreal or fantastic elements such as melting clocks, metamorphosis in the shadows, drawings that came to life, hallucinatory warping or deformed faces. The clues are in the detail. We wanted the viewer to experience the transitory nature of the individual effects – and feel that he might, or might not, have actually seen them.”

Virtually all of the POV effects were created in 2D or 2.5D. The core software was Nuke, carrying out motion graphics and concept art in Photoshop and After Effects. Certain 3D effects and a full 3D representation of Lotje’s brain were created with Houdini. The most challenging aspect of the work was, of course, achieving effects that faithfully represent Sophie Robinson’s and Lotje’s vision and at the same time, making them cinematically and photographically appealing to the viewer, and completely original. It had to be representative of her reality and work through the medium of TV at the same time. 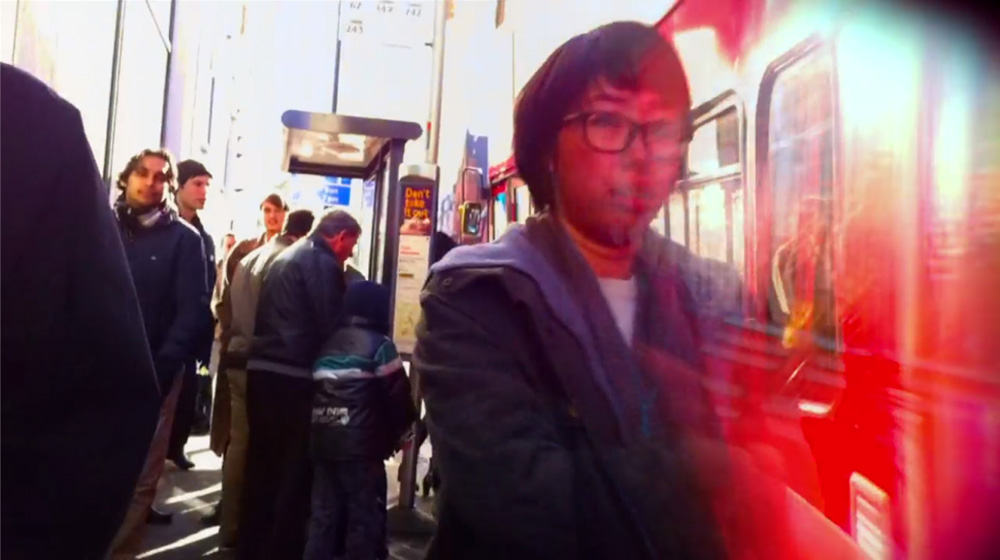 The idea behind the visuals was to put the viewer in Lotje's head, so the viewer sees what she sees and therefore, it was clear that motion graphics in the conventional documentary sense simply wouldn’t be able to convey the same message and meaning to the viewer. “Whenever the audience sees one of the POV shots, they feel more clearly that this affliction is something very real, and that the impact on Lotje's life is colossal.  Where we've used 3D it's all about getting into her head, to delve into the brain in all its wondrous beauty and to understand that sometimes the connections there just don't work as they should,” said Elena.

“To achieve this, we were working in parallel with both of them, making sure we were on the same page all the time. From the beginning, Lotje was giving us supportive feedback, and thanks to this, we developed the concept of the brain as a universe, the colour palette, the mood and so on. We wanted to tell the viewer that this was exactly what Lotje, a woman who has suffered a stroke, actually sees - no matter how surreal or outrageous it seems.” 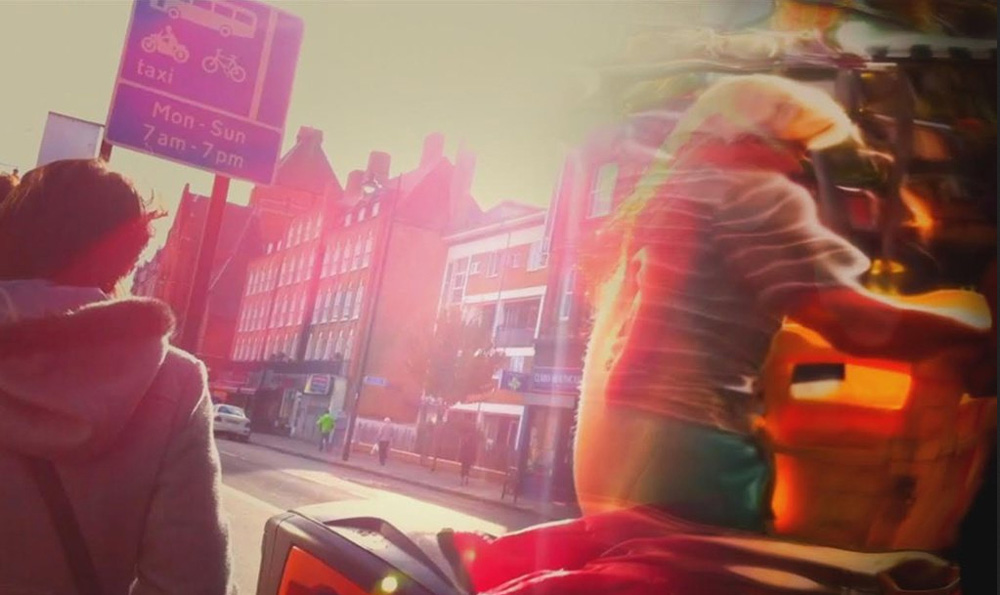 Interestingly, the key for their visual development was the work they had done previously for Bryn Higgins' film ‘Electricity’, a coming of age story that revolves around a young woman with epilepsy. “We spent quite a lot of time researching seizures for that film, and getting to grips with the many ways sufferers describe their experiences, which can vary tremendously. Working alongside the Wellcome Trust, we created a look that felt appropriate and we utilised those same shifting patterns, colourful auras and feeling of disorientation as the building blocks of Lotje's vision for her movie," Elena said.

“Aside from this, I'm also epileptic and have suffered thousands of seizures in my life.  The beautiful, claustrophobic, euphoric and sometimes terrifying nature of what I saw when I had a seizure was similar in many ways to what Lotje describes. So I guess it helps to have an artist who can relate to what she said.”

Toward the end of the film comes an important sequence, when David Lynch makes an appearance on screen and Lotje’s brain is visualised in 3D. Creating a brain that worked like a universe, with a core galaxy, required special dedication and therefore was created entirely in Houdini and rendered in Arnold. 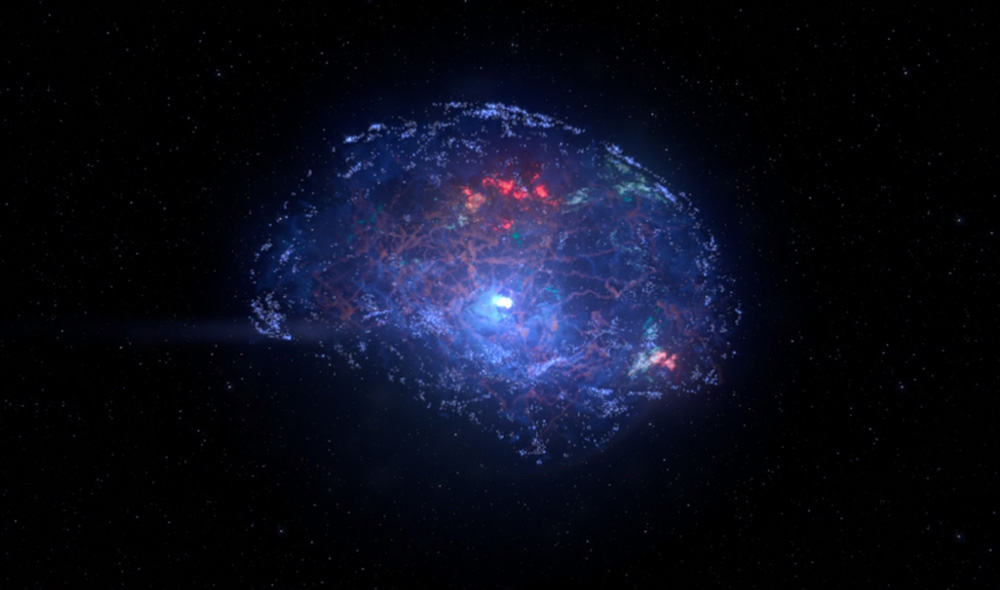 Elena said, “In other shots we had created of her brain, in which the stroke is explained, we were constrained by the fact that we needed to be more scientifically correct than artistically expressive. But in this 30 second, full CG zoom-in shot we aimed to illustrate the human brain in a beautiful way that eventually reveals a nebulous, galaxy-like appearance.”

The effect of zooming in from a panoramic shot of the brain to inside this universe was the most challenging one, due to trying to maintain the same image quality, augmenting the image enormously and working as well with depth of field. Compositing volumetrics, or nebulae as in this instance, in Nuke in the traditional workflow – that is, creating a 3D camera with focus changes - became a huge task without very satisfactory results.  So, they decided to use deep compositing instead.

“In deep compositing, we keep the complete depth information of the image – precise locations of all objects in 3D space relative to the camera position," said Elena. "Traditionally, when compositing volumes in 2.5D you would use card projections, as we did in our other two brain shots, but it only works as long as the camera doesn’t pass through them, which causes weird parallax effects. But deep compositing allowed us to do that with precision. It creates the effect of having as many cards as samples per pixel.

“We used a range of Nuke's built-in deep compositing nodes to merge deep layers of fog, smoke and particles. We created a number of these layers, some of which were simulated in a traditional way while others were first modelled procedurally and then converted to volumes.  At any point we were able to go back and modify the source geometry, and our particle simulations and smoke volumes would update accordingly, which allowed us to iterate very quickly."

One function they found especially useful was point cloud preview in the 3D viewport, which helped them intuitively place additional 2D elements, projected on simple geometry and cards, between their CG layers without breaking the illusion. The deep compositing workflow made it possible to blend them with other CG elements very naturally.  outpostvfx.co.uk