Cinesite Puts Up a Fight for ‘The Revenant’

Cinesite Puts Up a Fight for ‘The Revenant’

Cinesite VFX studios in London and Montreal completed effects in shots comprising some of the major sequences in ‘The Revenant’, a dramatic story about survival and revenge directed by Alejandro Iñárritu.

Among the director’s primary objectives in using visual effects was to build up the experiential nature of the film by making the action appear to run continuously through each sequence, almost without cuts. A large portion of Cinesite’s work focussed on the essential, fluid transitions between shots, and their goal was to ensure this work always remained invisible.

The story takes place in 1823, when a fur trapper, Hugh Glass, is mauled by a bear while hunting in the Dakota Territory. His companions rob him and leave him to die, but he survives and sets out on a 200 mile trek through the snowy wilderness to seek revenge on the men who betrayed him.

Cinesite’s team, led by VFX supervisor Nicolas Chevallier, completed approximately 138 shots, which included about 30 of the shot transitions and represent more than 35 minutes of the movie. They divided the work between two locations – Cinesite’s London and Montreal facilities. Their main sequence in terms of length and the storyline was the final scene of the movie, a climactic fight sequence in a riverbed, and for this they had the opportunity to meet with key members of the production - the director, the cinematographer Emmanuel Lubezki and production VFX supervisor Richard McBride from ILM.

The team was awarded its shots after the main shoot had been completed during April to May 2015, and consequently no on-set supervision had been possible. But visiting the sets may not have been an option in any case - much of the shoot for this movie took place in extremely cold, snowy, mountainous locations mainly in Canada, demanding that crew and gear be kept to a minimum. 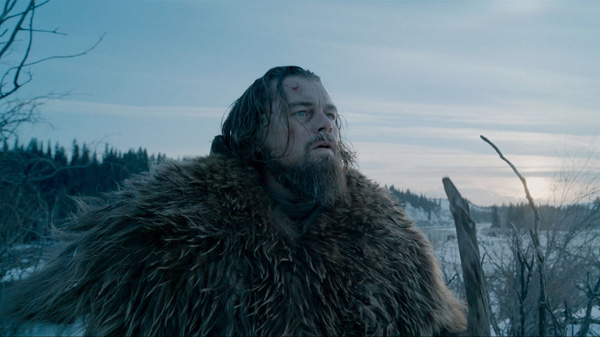 However, the team’s work - ranging from digital matte painting and set extensions, to fluid and particle simulations, character animation, lighting, CG elements and invisible compositing - called for complete realism and would rely on accurate set reference. Therefore, they received a hard drive from Richard McBride holding a huge amount of diverse, carefully organized, high resolution photography captured at the locations - a treasure trove of textures, environment panoramas, props and characters, and HDR imagery.

During the shoot, the DP and his crew had relied almost exclusively on natural light. The main camera was the ARRI ALEXA XT. Some special, wide shots were captured with the ALEXA 65, and one plate Cinesite worked on was shot with a 65mm film camera with a 5-perf pull-down, but the use of these two cameras had to be limited due to the extreme storage space required for the footage and the harsh conditions on set.

To match the director’s immersive, experiential style as described above, the action in the completed film needed to appear to flow uninterrupted at times from shot to shot, with few cuts in between. For these shots, Cinesite created invisible transitions, mostly based on editorial mock-ups provided by the production. These mock-ups were used to define the timing and decide at exactly which frame in each shot the sweet spot would occur, where they would blend it with the next shot.

The edit was not locked at this point, to give the artists a chance to change the timing and thus create an effective blend. The lenses used for each individual take were the same when a stitch was required, but camera position and timing were different, which created perspective disparity.

To match-move the plates, the team would identify and track the A plate and B plate cameras, and begin in compositing by creating rough composites. First, once the blending point was identified, the camera move in the A plate would be mimicked across into the B plate. Based on that camera move, the imagery would be adjusted, using 2D, 2.5D and 3D techniques to warp and project images from the reference material onto geometry, and animate an invisible transition. These combined techniques allowed them to closely control the camera.

Further plates could then be added to extend the shot if required, but as they went, they would secure approval – first from Richard McBride and the VFX editor Harry Yoon, then from the director and editor - on the transition, zoom, retiming and framing they had done. The edit would be updated, and only then would the VFX artists commit to producing the CG cameras, elements, extensions and so on to complete the shots in full and stitch the plates together. Therefore, getting approval on those rough composites was critical.

The team’s pipeline was based on Maya and Nuke, but the stitches were facilitated by an in-house tool Cinesite has developed to manage lens distortion, which was an ongoing issue for the visual effects team due to the very wide lenses the DP was shooting with much of the time. For example, where the lens distortion was extreme, they might only be able to track the foreground and solve another 3D camera for the background. As described, rebuilding the locations was often required to assist many of the stitches, achieved by projecting the reference material from the location, and overcome distortion.

This film was a project that relied on good communication and understanding between the team at Cinesite and the production, from revision to revision. The team also learned not to hesitate to simply start a task from scratch if it wasn’t going well, as the director and production were very decisive about how shots should look and the story should develop.

The final, climactic fight scene at the end of the film involved about 41 shots and was comprised of footage from a later shoot completed in July and August in Argentina. The plates were received in September in anticipation of a November delivery. The work was driven by Cinesite Montreal, and shared with the London studio. 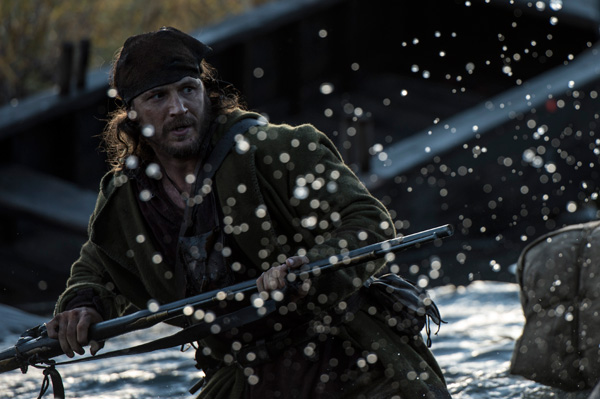 “Much of the work involved 3D digital matte paintings to extend sets, which is not a new technique, of course, but we were creating them in new ways to achieve a faster turnaround. For example we sometimes used V-Ray for NUKE, which takes an approach to lighting and compositing that integrates ray traced rendering into NUKE,” said Nicolas.

“It also required some simulation work in Maya to ensure continuity, adding snowfall to shots with particle simulations to make them consistent with neighbouring shots, or using fluid simulations to add steam for the correct atmospheric effect. We needed to create some CG props as well, such as knives and an axe to composite into the plates. Finishing all of these smaller tasks, along with the set extensions, within the short time frame made this scene a challenge.

“Despite the difficulty and the importance of the scene to the story, it had characteristics that made it easier in some ways than some of our other shots. For example, it took place in a river bed, forming an enclosed set for us to work inside of, and had fast-moving action with lots of detail and texture that made choosing the transition point easier as well. It was actually the shots captured with wide lenses in open country, with characters, lots of trees, moving water and snow, that presented more of a challenge in terms of finding the optimum spot for the transitions and making them invisible.” 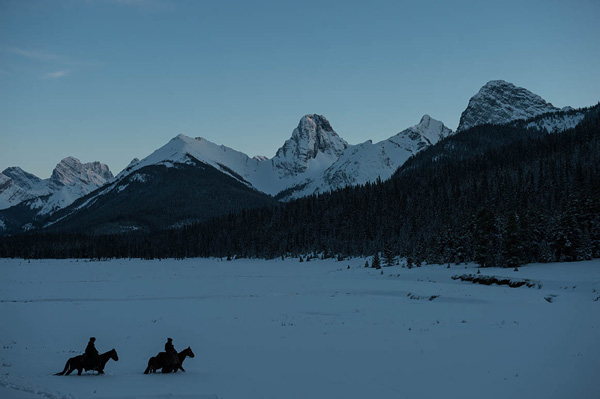 A memorable piece of work for Nicolas and the team was a long, 3 minute shot of the character Hugh Glass hiking uphill at dawn, from a river bank to a hilltop. We are mainly watching him through the vegetation, which had to be managed as multiple layers. Alejandro wanted some parts of Hugh Glass to be visible at all times, and this meant stitching bits of the action together with the vegetation.

Meanwhile the effect of the sun rising is almost like a time-lapse, too fast to be natural, and the elements in the foreground are almost still in nighttime lighting to indicate the slow progression of the sun. In the end they needed to stitch one plate together with another sunnier plate so that Hugh arrives at the end of the shot in sunlight. The work was complex but had to remain completely undetectable.   www.cinesite.com