Maxine Gervais Creates the Look of a Miracle for 'Sully'

Maxine Gervais Creates the Look of a Miracle for 'Sully' 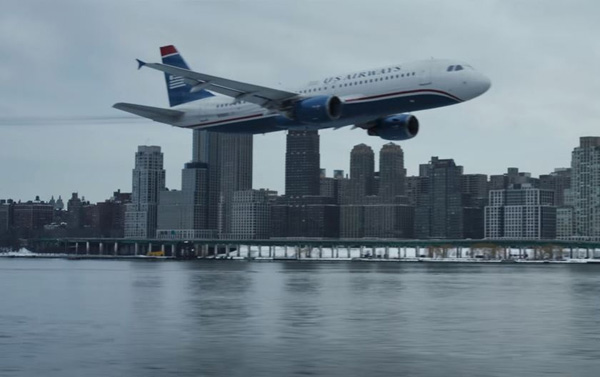 Maxine Gervais at Technicolor in Los Angeles is the colourist responsible for grading ‘Sully’, the new film recounting the personal story of Chesley ‘Sully’ Sullenberger, including his famous ‘miracle on the Hudson’ when he landed a A320 passenger plane on the river and saved 155 lives.

US Airways flight 1549 took off from New York LaGuardia airport for Charlotte, North Carolina on 15 January 2009, but only a few minutes into the flight, the aircraft struck a flock of Canada geese that disabled both engines. Not wanting to glide to a nearby airport and risk crashing short of the runway into residential areas, captain Sullenberger made the bold decision to land on the only available clear, flat surface - the Hudson River.

Starting with their first project together, a film adaptation of the musical ‘Jersey Boys’ in 2014, followed by ‘American Sniper’ in 2015, Maxine Gervais has developed a solid working relationship with Clint Eastwood and cinematographer Tom Stern. 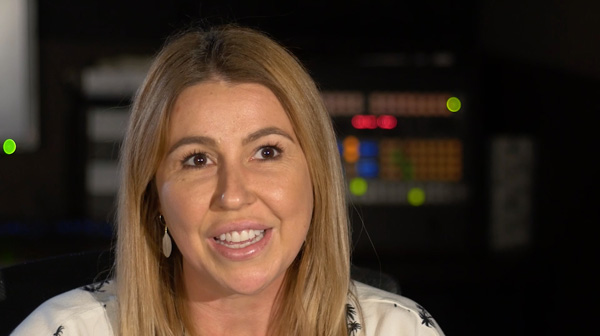 ‘Jersey Boys’ and ‘American Sniper’ were both shot on the Alexa XT, but the director and DP chose an ARRI Alexa 65 camera for Sully, capturing the film at 6.5K resolution and finishing in 4K in preparation for distribution to IMAX HDR theatres. After the success of ‘American Sniper’ in IMAX cinemas, they wanted to shoot intentionally for IMAX to make the images feel more authentic and intense, and add impact to the dramatic flying and landing scenes.

“People love the intensity of watching the action on the big screen,” said Maxine. “But we knew that the climax of the movie – the take-off, the collision with the flock of birds, and that remarkable water landing – would be particularly gripping in IMAX.”

Maxine works on the FilmLight Baselight grading system. “I was involved with ‘Sully’ from the beginning, and ran tests with Tom Stern on the Baselight to determine which camera would best match the requirements of the project’s large format,” she said. “It was important to match the raw footage with different sharpening settings in Baselight to get the absolute best out of the images. Based on its resolution, detail and sharpness, we had confidence in the Alexa 65 large-format camera.

“I usually supervise dailies for Clint and Tom as well, which we also do in Baselight. The advantage of collaborating on the dailies is that from early on we can establish the aesthetic as a team, so when we get to the DI we are already in a good place. Because it’s all been done on set with the FilmLight tools, you build from there when it reaches the finishing suite. 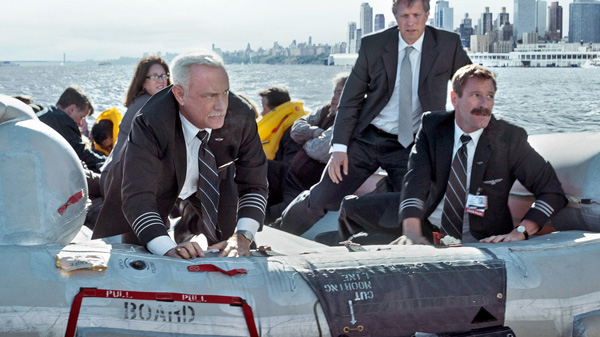 FilmLight software manages colour from set through to deliverables using metadata. The various applications export metadata from on-set, offline, online and VFX through to final grade. The exchange of data between the systems is direct and doesn’t require third-party hardware to transcode or transport files. Instead, it uses the Baselight Linked Grade or BLG, in a multi-track OpenEXR file format that is used to create, transfer and review looks. BLG is different to an LUT because it includes all grade information including Truelight 3D LUTs, conform metadata and keyframes. As an internal colour science, it can be used with other Baselight software or as a review format in itself.

Maxine said, “Because they had decided to go with a different camera on this film, we needed to discuss and test the technical variations in pre-production and decide how to handle the data at the various stages of production and post. But overall, we kept the colour workflow similar to the earlier movies. We decided that the most efficient approach was to record the full 6.5k resolution from the camera and grade from the raw data, handling the debayering live in Baselight.”

Video cameras normally only capture single colours per pixel, arranged in a Bayer pattern. The missing colour channels have to be restored in the video frames in post through a debayering process, thereby transforming the raw data into a real colour format that can be displayed as a colour image. Doing this live means more control for the colourist but demands more efficiency from the system.

As well as grading and finishing, visual effects were an essential feature of post for ‘Sully’. All effects, created mainly at MPC, were delivered in 4K. “We worked with MPC and VFX supervisor Michael Owens, to create a workflow making sure that the VFX shots matched the rest of the raw footage – which is what I was working on.  The resulting workflow allowed me to have complete control over the images in the DI, and deliver finished files at the highest possible quality. 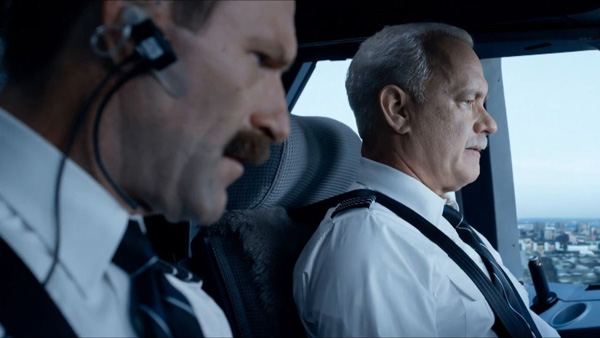 “This kind of workflow was necessary because the overall DI process is dynamic with a lot of on-going communication,” said Maxine. “With the team at Clint Eastwood’s production company Malpaso, for example, we recognised that the feel for the project was realistic. We needed to create distinct looks for the entire film, whether for the dramatic event itself or for the flashbacks, it was just a slight shift in the feel.”

“Also, the January weather plays an important part in the movie’s story. The air temperature at 3.30 in the afternoon, when the aircraft landed on the river, was around -7˚C, or 20˚F. “It was freezing in the Hudson River and we wanted to make sure that it looks and feels that way, and that you experience the cold along with the tension and urgency of the situation when you see the movie,” Maxine said.

Maxine worked first with the DP Tom Stern, and then the editor Blu Murray, who had developed the narrative and also wanted to follow the progress of the grade. “We get the images in a good place before Clint comes and reviews the picture with us,” she said. “He will give his notes and feelings about certain things, and we’ll go in and tweak those to get a sign off.

The IMAX release made regular reviews especially important to make sure that the image quality they were achieving continued to support the format. For the production, resolution was a key characteristic of their film, hence the choice of camera and the decision to produce 4K VFX – 2K effects in a 4K finish were never an option. “By applying the look of the evolving DI onto the effects work, the production could actually review the VFX at IMAX,” Maxine said. “Everyone was able to give notes and react as we went because it was being reviewed in the IMAX environment. It was a great way of working. 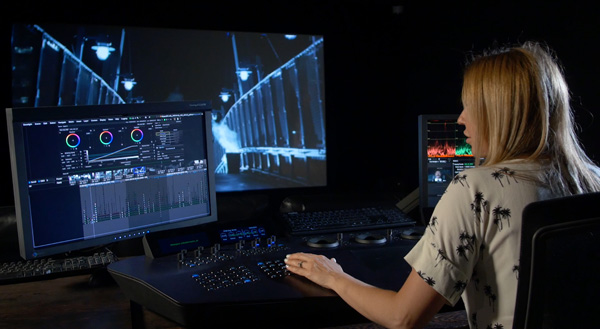 “As my third collaboration with the Malpaso team, from a DI point of view, Sully is technically controlled in every sense of the word. We had to ensure that the look would hold up, that the VFX and non-VFX shots would balance out, the blacks and the highlights would be pristine, and that the resolution was perfectly preserved to meet the exacting standards of IMAX.”

Maxine considers the Baselight to be her preferred grading platform. The fact that it gives her the ability to perform composite grading, on multiple layers in real time, is especially important to her. “I love being able to blend layers in additive, subtractive and other modes. It gives you a lot of creative strength and options to build intricate looks, if that’s what you need. But you can also work in a very traditional way to get a real film grade.”

She mentioned the flashback scenes as particularly good examples of composite grading in 'Sully'. “In some ways, it is a bit like using Photoshop in that each layer becomes an element. For example, you can key a certain hue on a layer, boost its saturation and diffuse it a bit, and then blend this in additive mode with another layer that has a set saturation, then play with the level of blending. 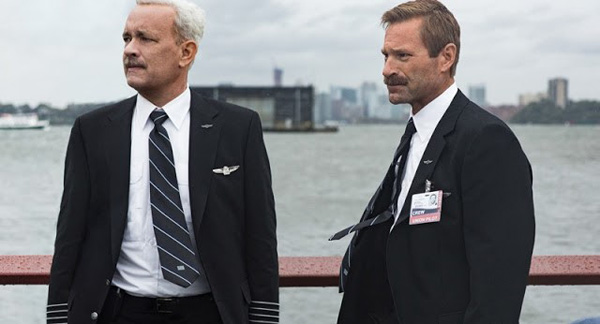 Another application, of course, is handling visual effects. Some of the VFX scenes required eight element mattes to separate - for example, the plane, the water, the New York City background and the foreground. With the composite grading tools, Maxine took advantage of the separation to manage the look creatively in the Baselight.

“I was able to stack and treat every element,” she said. “I could grade and manipulate in real time without processing or rendering, even while working with this large amount of data. The technique is fast and non-destructive, and the compositing capacity can serve a creative yet precise look, as well as produce some basic VFX myself. FilmLight continues to improve its functionality, as well.”

In terms of colour space, Baselight contributed to creating all the deliverables as well. IMAX was regarded as the main creative intention, but even within that format, the option exists to show the movie either on a traditional 14ft Lambert Xenon projector or the newer ranges of high brightness laser projectors. The movie also had to be output in conventional 2.35:1 in traditional and high dynamic range variants. Maxine noted that Baselight’s internal colour science also makes it fairly easy to move between colour spaces.

“Once we were signed off, I went to IMAX and worked with their colourist,” said Maxine. “We looked over the movie, noted what could be done, and made sure those changes rippled across the reels nicely, just to push the look to where the blacks and the highlights and everything felt really beautiful.”

Maxine anticipates that much greater use of HDR is coming soon. “It will be great when more theatres switch to laser projection, and when more televisions have HDR capability because it will redefine the way we do DI – it will be our starting point,” she said. www.filmlight.ltd.uk