Colourist Chris Rodgers Grades out of the Blue

Colourist Chris Rodgers Grades out of the Blue 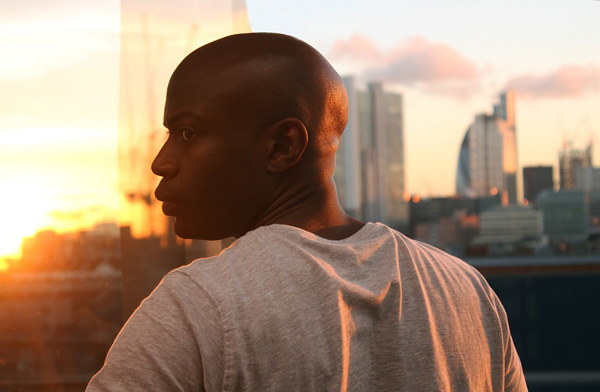 Chris Rodgers, a senior colourist at Molinare in London brings a passion for post and love of visual art to his work. Here, he talks about his newest work, new trends and what it takes to work in colour.

Chris Rodgers joined the DI team at Molinare in London as a colourist in October 2014 to work on TV dramas and docuentary series. Joining from Splice post studio, Chris now has a huge depth of experience in broadcast colour correction and grading. Working on the Baselight grading system, he brings with him a wider background and passion for post production, and a love of film and visual art.

While studying art at university, he worked as a runner during his holidays. Among his greatest influences at that time was video director, Chris Cunningham, who inspired him and sparked his desire to work in post-production. “To be honest, I wasn’t particularly aware of the role of a colourist when I first started out. I would wander into the telecine suites, but they somehow seemed like old technology, and I found myself drawn to the Avid suites instead,” he said.

“I worked my way up through the video tape department and assisted in the edit suites before learning Avid Symphony and DS and working as an online editor. As I often had to do colour correction, my interest in grading grew. In 2008, I had the opportunity to help set up Splice’s grading department, based on a Baselight system. By that time, grading had really changed since the telecine and linear suites I’d seen before.” Chris continued working at Splice until 2014. 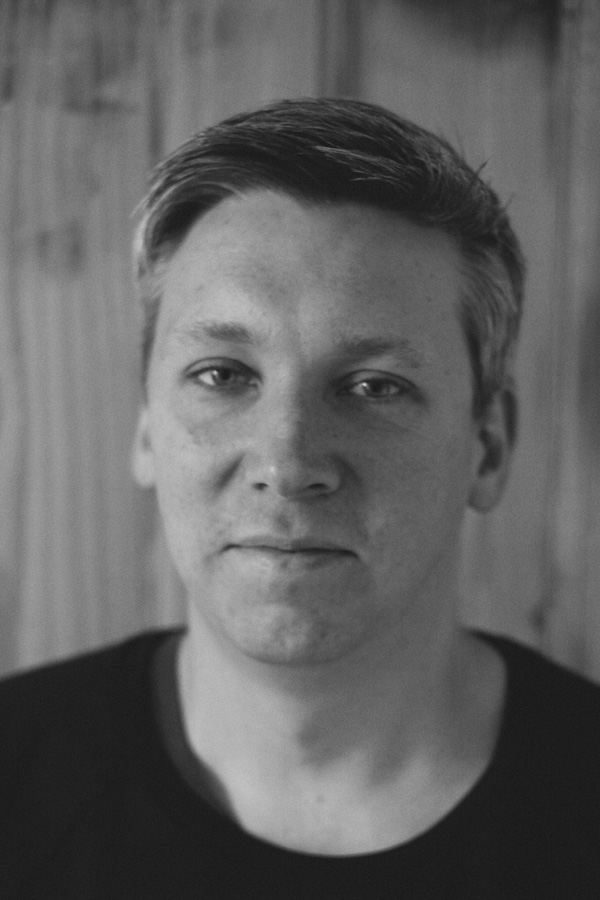 Over the last decade, Chris has built up an expansive, varied portfolio of work, particularly for television, and has always enjoyed the variety involved in broadcast. “Working on a music video is vastly different to a longform drama, but it’s these differences that keep it interesting,” he said. “I think there’s potential for boredom and complacency if you’re not challenged with different kinds of work. Also, you learn certain skills and disciplines that from one that can be applied to another, which is hugely beneficial.

Recently, Chris has been working on a diverse line up of TV series including the new 8-part BBC drama called ‘Class’ that aired at the end of 2016. He is also grading ‘Silent Witness’, a crime drama that has been running since 1996, and the new series of ‘Cold Feet’, a romantic comedy-drama that was originally broadcast from 1998 to 2003 and just started airing again in 2016.

“I’d been excited about working on ‘Class’ since before the first day of the grade. It’s a VFX-heavy show set in the Dr Who universe, so it’s visually very interesting. I had seen a cut, and it felt clear to me that the DP Maja Zamodja and I would develop a strong look. Maja and the Producer Derek Ritchie came to me with very clear intentions of what they wanted from the grade, and they saw it as a hugely important part of the process.” 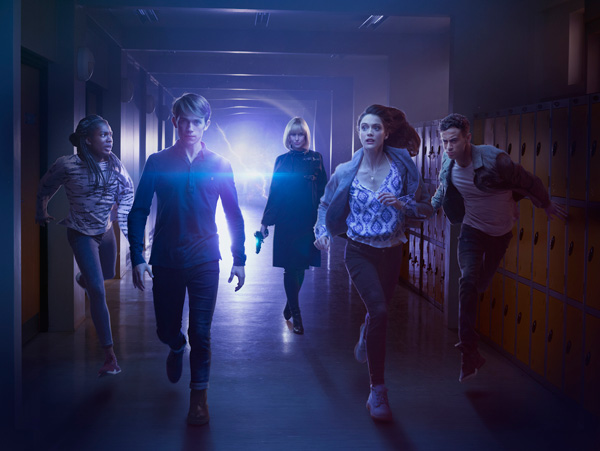 Maja sent through a whole series of grading and lighting references to Chris from films like ‘Fight Club’ and ‘Drive’, and had already lit the sets with a lot of colour contrast. The production were keen to hit a strong, tonally rich look with a slight retro feel and a very particular palette - a grade that meant viewers could immediately identify which show they were watching.

Chris said, “I was able to create the intended look in the Baselight with Maja pretty quickly. This wasn't a straightforward grade, but I also didn't want to over-complicate things and make it fiddly and complex.” Using some of the new tools to help him, like Midtone Saturation, altering saturation within a specific region of midtones in order to avoid altering the entire image, and Colour Cross Talk to correct problems when the signal from a specific pixel affects those of adjacent pixels, Chris and the others were able to agree that they had found the look of the show at a moment fairly early on the first day.

“I approached ‘Class’ without any preconceptions based on what ‘Dr Who’ looked like,” he said. “The production is an interesting one, in that it is part of the ‘Dr Who’ universe, but is very much its own show. This is reflected in the writing and themes, so we wanted to embrace doing something different, and create a distinct feel. It has darker themes - and more blood! - than ‘Dr Who’, and we were mindful that the target audience would be familiar with the bolder look of some American dramas on Netflix, so we wanted to embrace that and avoid playing it safe.” 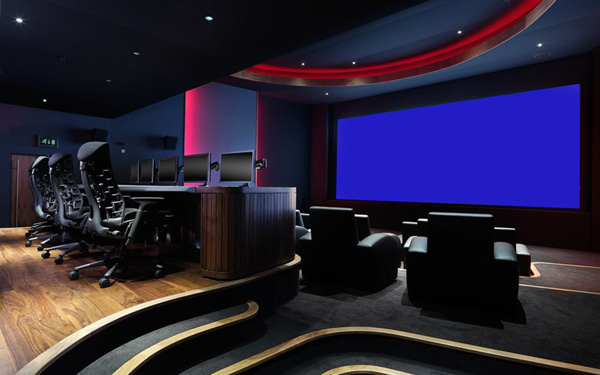 The Molinare facility has five grading suites. The colourists move from suite to suite depending on the project, and all the Baselight systems are networked so that projects can be picked up in any room. The range of room configurations include some with OLED monitors, a larger screen for clients, and theatres set up for projection. Chris describes their Jack Cardiff theatre as “quite an incredible space. It’s the largest and most opulent grading theatre I’ve ever seen.”

He noted, “We have a DI team as well who handle a whole range of tasks like conforming, VFX updates and deliverables. It’s a Baselight-centric facility, and becoming more so as we start to incorporate Baselight for NUKE with our VFX department who we work with on a number of productions. Increasingly, I’m using Baselight myself to composite and carry out tasks that would’ve been considered visual effects not that long ago.”

Chris likes to be involved in projects as early as possible. At Molinare generally, they prefer to carry out camera and lens tests before any scenes are actually shot, finding it extremely useful for everyone involved to have time to discuss and develop the intended look before the grade itself begins. “Getting the look the production wants remains our key challenge,” he said. “If the target look for the grade hasn’t been considered from the point of shooting and lighting, then it will almost always be a struggle to make it work and feel natural. Problems with colour management on-set and in the edit can also pose a challenge. It’s not uncommon for a client to resist moving too far from what they’re used to, and if, for example, they’re used to LogC displayed directly on a monitor, then getting the contrast back in can make them feel uncomfortable.” 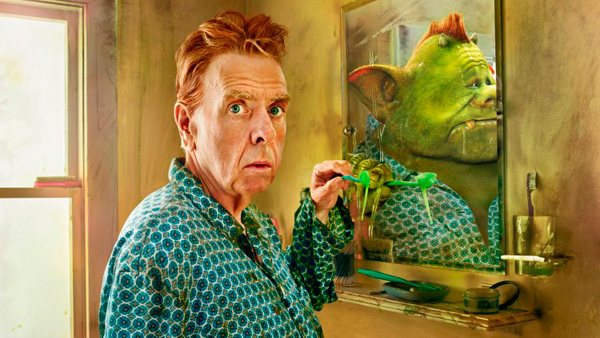 Chris received a BAFTA nomination for his work on TV series ‘Fungus The Bogeyman’.

One of Chris’ favourite aspects of working with Baselight has been the Film Grade. “It feels like such a natural and organic tool, and surprisingly I’ve not really seen anything like it in other grading systems. I have a feeling that Base Grade might take top honours once we move to version 5.0, though.”

Film Grade and Base Grade are both oriented to a DP’s approach to light and colour. Film Grade, for example, has two sections. One affects exposure, contrast and saturation. Each of those characteristics can control colour globally, or allow you un-gang the colour channels and rebalance the image colour. The second section works with shadows, midtones and highlights, which are quite different tonal ranges from the lift, gamma, gain controls that grading applications normally supply for video. Also, the colourist can use or exclude each of the shadow, midtone, highlight colour balance controls more restrictively, in different parts of the image, and has curved control over the signal knee and toe.

The new Base Grade, introduced last year in Baselight 5.0, is a set of tools for working with colour in a way similar to human vision through controls affecting exposure, temperature and balance. The goals are consistency, a more natural feeling and more reliance on colour science, compared to working with lift, gamma and gain. Base Grade will most likely be developed further as colourists get used to its approach and discover their own ways to use it. 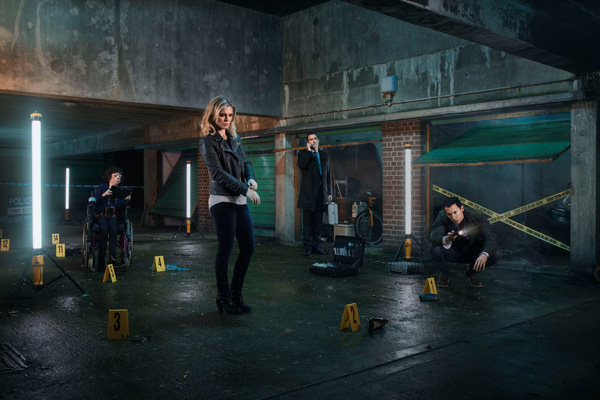 Chris also likes using FilmLight’s Blackboard panel for similar reasons – the design feels natural to him. “It makes grading sessions more enjoyable and interactive for everyone as you spend less time looking at the GUI and more time looking at the image in front of you.”

In terms of what counts in getting and completing jobs - productivity and creativity – he said, “Top of the list for me would have to be the developments around colour management with Truelight Colour Spaces. If used correctly, I find that it can get you better looking pictures with less effort. It almost feels like cheating, but it frees up more time to really finesse the grade.

Truelight Colour Spaces adheres to the all-encompassing concept of the ACES colour space and workflow - a generic film LUT that aims to preserve the colour science work previously developed for film reproduction. It allows colour space conversions to be defined outside of Baselight formats, with functionality for performing complex transforms that formerly required 3D LUT mechanisms. Truelight Colour Spaces is a LUT-free system, managing disparities between camera colour space and display colour space. It also seeks a common, straightforward workflow for both VFX and post, and promotes a consistent colour pipeline from camera through dailies to finishing.

Chris’ thoughts about becoming and being an effective colourist are pretty straightforward. “Feeling as though I’ve really contributed something to the show or film, where everyone has been pulling in the same direction, is what tells me I’ve had a good day at my desk here. For me, whatever the project, it’s all about getting the most from the images put in front of you,” he said. 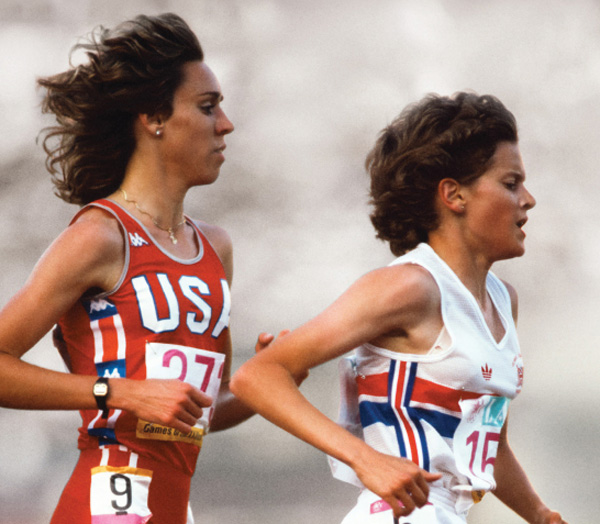 “I’m not sure that I agree with the idea that some people naturally have an innate gift for grading. Like with anything, becoming a good colourist is all about practice and learning from mistakes and bad experiences. Certainly having an interest in film and visual art is pretty vital. Ideally, you would be creative, technical, and good with people.

“For someone who is considering starting a career as a colourist, I would pass on the same advice that was given to me 15 years ago - if you know that it is what you want to do, then go for it because it’s the best job in the world. If you have any doubt at all though, don’t bother, as it can be a long and frustrating path before you finally get the opportunities you want.”   http://www.filmlight.ltd.uk/