Asa Shoul is senior colourist at Molinare TV & Film in London. He joined Framestore in 1994 as a telecine colourist and won the first of three International Monitor Awards in 1998 for Hallmark's mini series ‘Merlin’. After that, he earned the second  for Hallmark's ‘Alice in Wonderland’ and the third for 'Arabian Nights’.

His work in television drama includes ‘The Crown’ for Netflix, for which he won a BAFTA TV Craft Award, ‘Generation Kill’ for HBO and ‘Shackleton’, for which he received an Emmy Honours for cinematography.

Since moving to grading feature films full time, he has graded some 50 titles including ‘The Constant Gardener’, ‘Layer Cake’, ‘United 93’, ‘Clash of the Titans’, Oscar winner ‘Ex Machina’, '71’ and romantic drama ‘Brooklyn’. More recent films include ‘Baby Driver’, ‘Annihilation’ and ‘The Hitman's Bodyguard’.

Early on, Asa had been mainly interested in photography and spent a year in a darkroom at home developing and printing his own photographs with the idea of becoming an editor. “I studied Television Programme Operations at Ravensbourne College but while working at Framestore in the company's early days, I discovered telecine and made the leap into colouring.

“‘Layer Cake’ (2004) was my first full feature, and so it has a special place in my memory,” Asa said. “Both the DoP Ben Davis and I discovered so much with that film, as we'd come from a commercials background. The sci-fi mystery ‘Ex Machina’ following ‘The Invisible Woman’, a historical drama, was an extraordinary experience as well, as both were shot by Rob Hardy but yet were so different in look.” 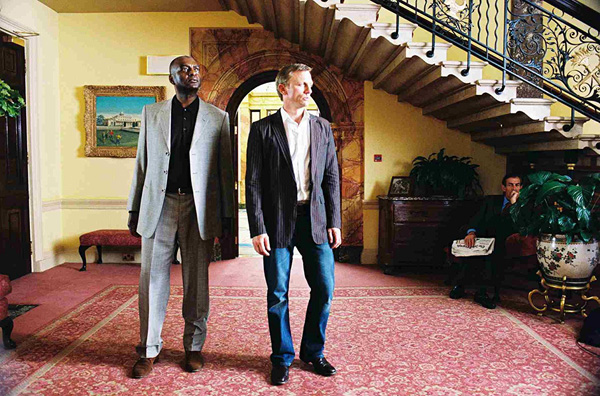 Cinematographer Rob Hardy had wanted a softer contrast for ‘Ex Machina’ with subtle golden tones. Shot with smoke in the atmosphere and often through several pieces of glass in the interview scenes, he and Asa had to find ways to add contrast, or 'bite' as they called it, without emphasising any noise in the image. After several passes they made the grey body of Ava more neutral with some added blue so that she separated from the backgrounds.

Television projects ‘The Crown’ and ‘Tin Star’, and film ‘The Mercy’, are quite recent work. “Obviously ‘The Crown’ has been a wonderful production to work on. Beautifully shot and creatively collaborative, and winning a BAFTA, has made it a really special project,” he said.

“When grading a long, 10-episode series like this with two DoPs and four directors, it's important to keep a consistency and yet allow for some stylistic differences. It was also important that while maintaining the look of the show, we would subtly change the contrast, saturation and colour of any rooms that we returned to multiple times, so that we could keep the viewing experience fresh.” Asa has just finished grading season 2 of 'The Crown'.

The main challenge on 'Baby Driver' was the number of shots in extremely varied light, in particular the chase scenes shot over many days. It took a week to complete a primary balance pass on his own, whereas usually this would only take three days. 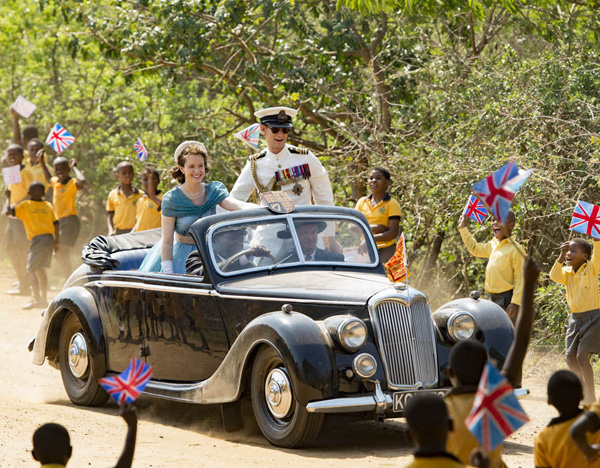 Bill Pope, the DoP, wanted a natural look and Edgar wanted some scenes to feel more graphic with various colours 'popping out'. Asa said, “The film was graded in our largest theatre using a Barco projector. While I grade, I use XYZ colourspace, so made this the viewing colourspace as well. This way there can be no surprises for the production when creating the DCP.”

The CIE XYZ colour space encompasses all colour sensations that are visible to a person with average eyesight. It is intended to be device-independent and serve as a standard reference, that other colour spaces are defined against.

The Sound of Colour

The conform for 'Baby Driver' was done in Baselight and multiple re-cuts were completed in Baselight also. The audio was an especially important element due to the story and the use of visual effects. However, Asa explained why he always grades with the audio running on any project - at least when he is with clients and particularly for a full-run through.

He said, “This is vital because, when viewing a movie mute, it can appear darker to the audience. They will be straining to understand what's happening and also may look around the frame into a dark area and think they should be able to see detail there, when perhaps we had deliberately darkened it to focus the eye on the characters. In my experience, it makes a difference of about two printer points, or almost a quarter of a stop, if you don't have the audio on. 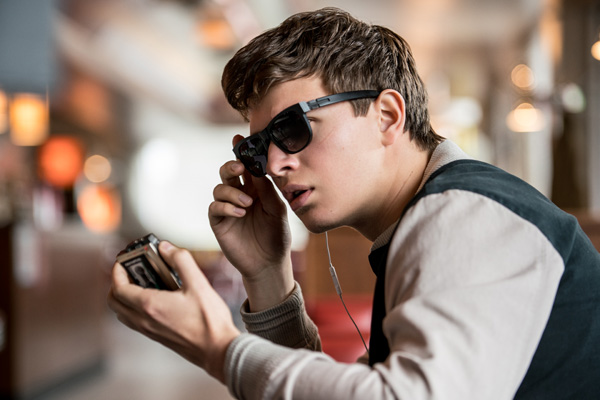 “When grading unattended I might listen to music and usually create a playlist for each film. For Ex Machina this was electronic based music from artists like Eat Lights Become Lights and example their album ‘Modular Living’. For Annihilation, it's been Crosby Stills & Nash.”

Asa has now graded two features and a TV pilot in HDR, including Dolby Vision Theatrical, and loves it because it is not only visually closer to the real world but opens a greater range of options for storytelling. “But don't think it's a one button hit,” he considered. “It requires a very careful approach and plenty of time. Just because there's more detail in the highlights through a window doesn't mean you can leave this to be brighter. If your lead actor now appears darker in comparison, you'll need to do more windowing work to balance the shot.”

Because colourists don't work in isolation during post, to collaborate with VFX and editorial Asa's team holds VFX pipeline and workflow meetings to discuss colour space, LUT supply and re-delivery. It tends to change with each project but they try to standardise the process as far as possible.

Returning to grading systems and his use of Baselight, Asa said, “Clients often remark that a Baselight colourist can spend almost all of the time looking up at the screen rather than looking at their display or keyboard. Because of the Blackboard design and the number of shortcuts on the keyboard - unlike some other systems, everything is at your fingertips and you never need to delve down through multiple menus. 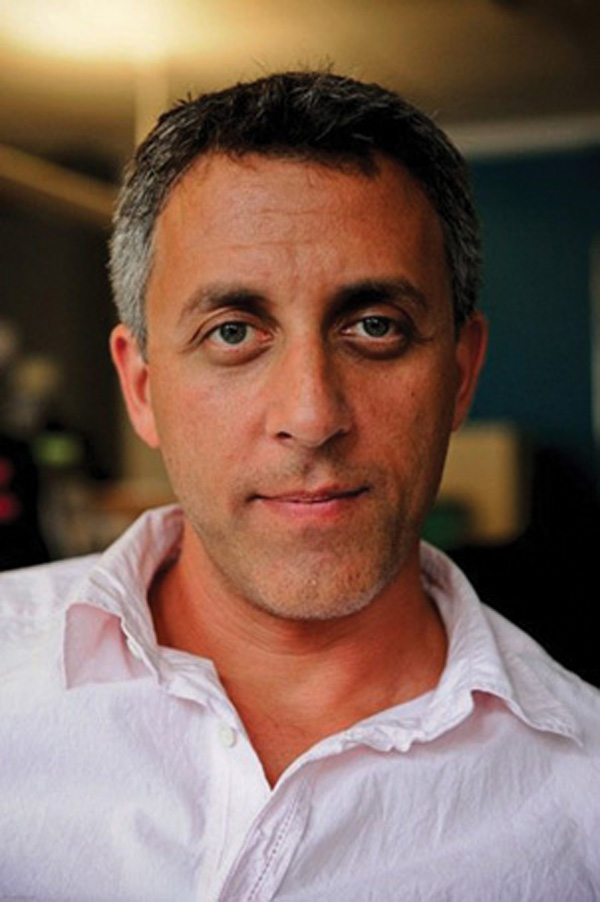 “The clients also notice how quickly their requests are delivered. For example you can create a defocused vignette in under five seconds and, with the Baselight's gallery system and multiple-cursor view, you can compare shots from all reels of a film and copy a single component from one shot to another.”

Baselight has also helped him keep up with the way his role as a colourist changed over the last five to 10 years. He now tends to be involved from script stage and often grades camera, lens, and make-up tests. “I'm also being asked to create looks for the films rather than simply balancing them. Baselight's evolution and FilmLight's support with new cameras and deliverables has been a great help speeding up what could otherwise have been costly and time consuming.”

He also finds that the scale and demands of modern productions, combined with often limited time to perfect onset lighting, means that colourists have to work harder to deliver a technically correct but creatively distinctive project every time.  www.filmlight.ltd.uk