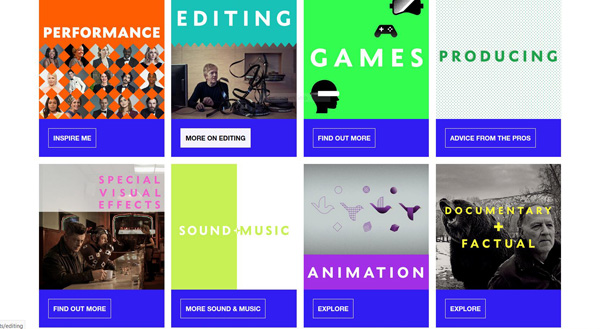 Beyond the awards ceremonies, BAFTA has an international programme of learning events through the year that give access to well-known talent through workshops, masterclasses, scholarships, lectures and mentoring schemes for audiences of all ages and backgrounds, from the UK, US and East Asia.

As well as covering BAFTA events, the in-house production team produce online learning resources for people interested in pursuing a career in film, TV or gaming, adding over a terabyte of new content per month to their archives.

Prior to implementing the the new asset manager, the team were working from portable hard drives and on-premises RAID arrays, and used Excel spreadsheets to track the material metadata. Given the increasing volume of content produced, they were looking for a more robust, secure, organised way to manage their media, reduce silos and make the archive accessible to all of their internal departments. 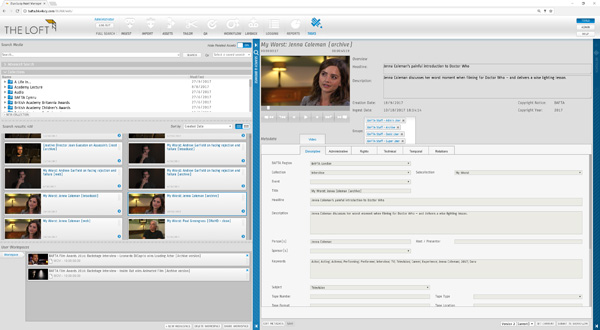 BAFTA media manager Rosie Wilson said, “We were looking for a MAM system that was versatile enough to handle some of the production team’s workflows, as well as meet archival requirements and function in a cloud-based environment.  With offices around the world, it was important to find a system that would allow global access. Plus, we also needed to scale and potentially integrate with other systems, including BAFTA’s cloud-based media management service for external customers, BAFTA Electron.”

Due to Blue Lucy's use in the broadcast sector and flexible approach, Rosie decided to implement their Asset Manager for BAFTA's own material. First, they needed to bring their large, historic media collections under secure management in order to more efficiently curate and search their assets, and set up long term storage. They also aimed to redesign their rushes workflow to speed up editorial and make the best use of all content captured at BAFTA events.

The Asset Manager manages three tiers of AWS storage for BAFTA - S3, Glacier and an EC2 disc based storage volume.  File-based material from BAFTA’s London office is uploaded via a secure high-bandwidth AWS DirectConnect to the Amazon cloud storage bucket, also managed by the  Asset Manager. Then a browse / proxy version is created of the uploaded material, which is stored on the EC2 disc to make responsive, frame-accurate playback possible inside the web-browser based interface.

Similar to many types of media operations, especially those involving archive material, accurate metadata drives the processes. BAFTA’s metadata schema is diverse and supports a large amount of information about different asset types. However, for simplicity, only relevant data fields are shown for any given asset and controlled vocabularies (organised for retrieval) are used.

When new media assets arrive, task-based workflows are triggered for manually keying in the relevant metadata to make sure it is discoverable later on. BAFTA’s historic, Excel-based metadata records are imported into the system via an automated workflow, and matched to media by a simple script before being manually curated into collections as part of a task-driven workflow. 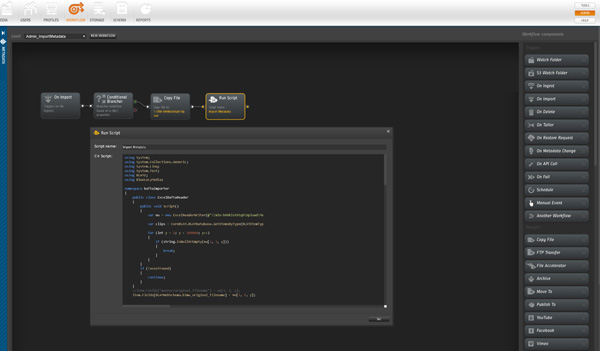 “It wouldn't have been feasible for us to manually re-capture the historic metadata we have stored in Excel,” Rosie Wilson said.  “Now, we can upload our Excel spreadsheets when the content is imported, and the Asset Manager automatically populates the fields in the system with the metadata from the document.  Also, because it’s extensible, I can go into the administrative side of the system and add new metadata fields as well, if required.”

For content sharing and distribution, the Asset Manager is able to transcode archived material to house, edit and distribution formats, including watermarking, and has a branded in-browser player as a screening area for non-Bafta users. The archive workflow is rules-based to routinely archive material that has not been accessed for a given period. The Manager automatically moves material from AWS S3 to the Glacier storage class, while the browse proxy remains on disk as a lightweight reference to the master. Restores are also workflow-based, controlled by administrative approval.

For new content the BAFTA team has produced, the system has rushes workflows designed to shorten the post-production turn-around time. Folders from camera cards are imported directly to a project folder and the browse proxy for each clip is automatically concatenated to create one browse file for the entire card.  This accelerates the logging process, which is also carried out within the Asset Manager user interface. Editorial workflows include in-system tasks and automated email notifications, and a cut-and-splice capability helps make files more consistent before editing.

“We have limited resources and implementing the Blue Lucy Asset Manager has required continuous communication between our team and Blue Lucy,” Rosie said. “Now that the system is live, we’re continuing to develop the system.  It has an open API, so integration with other internal systems, like our media processing, is possible in the future.”  bluelucy.com