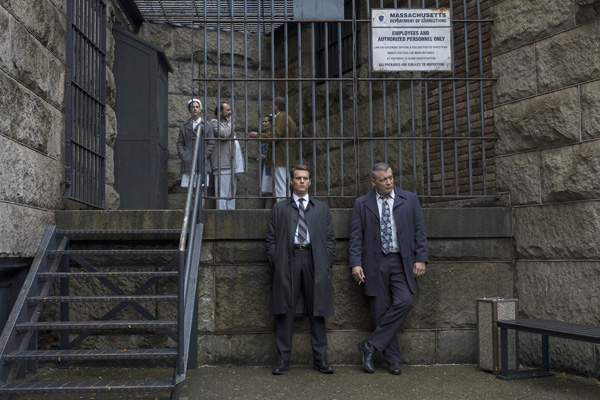 Netflix original series 'Mindhunter', directed by David Fincher, was produced in 4K high dynamic range format. The edgy story is set in the late 1970s and concerns two FBI agents who aim to expand the scope of criminal science by exploring the psychology of murder. Colourist Eric Weidt completed the grade on the FilmLight Baselight X colour grading system, working in parallel with editorial and VFX in the director’s finishing facility in Hollywood.

Co-producer Peter Mavromates, who has worked with David Fincher at various times over the past 25 years, and Eric both contributed to the final look for the series and collaborated with the director, editorial and VFX. Peter noted that, in his experience, none of David's projects has been without challenges. This one was not only the first on which colour correction was completed entirely in-house, but also in HDR format and with a post intensive look that David specifically developed with Eric.

Peter said, “Since we are constantly trying something new on each project, we usually have co-conspirators. On 'Mindhunter', these were RED – makers of the cameras we shot the series with - Adobe, Dolby and, of course, FilmLight. One characteristic that defines David's work is its subtlety. Therefore, we wanted to use HDR not to test the limits, but to take advantage of the increased quality that HDR affords.” 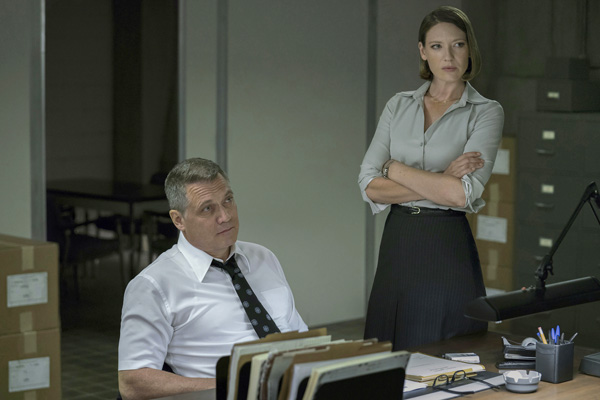 The shoot and production took place in Pittsburgh, while the editorial, grading and part of the VFX were done in-house in Hollywood. Colour started about mid-way through the shooting schedule and David supplied notes remotely via PIX. Working alongside the editorial team brought huge advantages – Eric could receive new media and scenes on short notice and send graded material to the director more or less whenever he requested it. Editors could also come in to have a look at any work they wanted to see or test.

From initial testing to final archiving, Eric worked on the project for 16 months. “Once the shoot had wrapped, David was back here in LA, and that’s when grading really got serious,” he said. “My approach was to let each scene or location live as a 'postcard' unto itself, and I think he was very open to the variety of what I put before him. His vision is deep-seated and personal, but his vocabulary for describing it to you is second to none. The result is a universe that really bears his signature.”

The initial brief was for a low-contrast period piece set in the late '70s, but also introducing an anamorphic lens feel, complete with barrel distortion and chromatic aberration. All of this was done in Baselight. “We ended up feeding lens data into our conform XMLs so that the amount of distortion was based on the actual lens used for each shot. The brief also called for grain and gate-weave, so for efficiency we had two Baselight scenes for every episode - one for colour and the other for re-positions and all of the lens treatments,” said Eric. 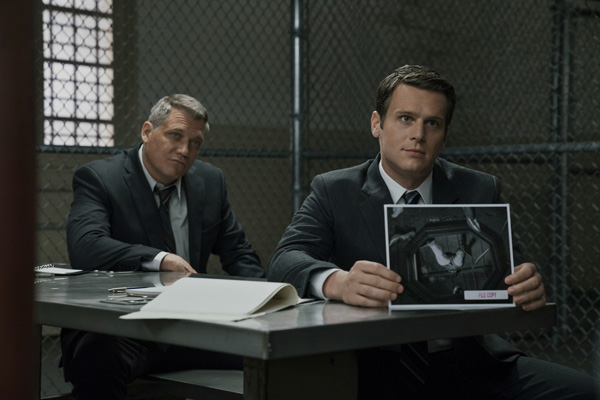 “The film stocks and even television images produced in the '70s seemed to channel everything into specific palettes. I especially love the rich grittiness, judging by today’s standards, of films produced in the early to mid-1970s. This is a look David and colourist Stephen Nakamura had previously achieved brilliantly for 'Zodiac'. David is devoted to consistency – meaning that, once you’ve honed in on a look for a particular scene, he will make you own it, checking every angle against a master shot, again and again. In the end, that look will become truly compelling.”

Eric also found that working in the same building, on the same network as editorial and VFX was amazingly effective. Anyone had the chance to come and chat about technical issues, throw images up on the screen and tackle issues in ways that web services cannot address.

“This was the first grading project we did in-house, and it turned out to be a beast that really revealed itself over a period of months,” he said. “We could test which tasks were more efficient to tackle in VFX or in DI, and the compositor could just come and have a pow-wow about whether the grain on the titles typography should be baked-in, for instance, and where is the best place to apply that.”

Peter remembered that they had first used Baselight on 'The Curious Case of Benjamin Button', some 10 years ago, and said, “It was the first time we felt that the DI process had finally matured. Our use of Baselight continued on 'House of Cards' starting from Season 2 to the present.”

Eric said he felt fortunate to be on a Baselight X system because they were running a 6K OpenEXR workflow, outputting to a Dolby Pulsar HDR monitor as well as a Dolby Professional Reference Monitor for the live Rec709 trim-pass. He graded directly on the 6K EXRs, but mainly used half-resolution proxies in playback for efficiency and masked out to their 5K centre extraction. In the grade, he could successfully perform nearly any task on the fly, track elements in real-time and render out overnight. 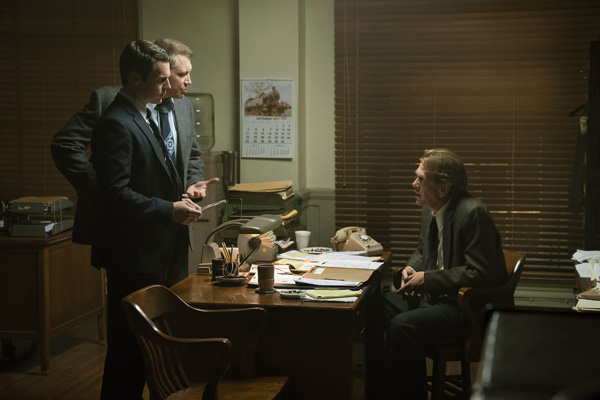 However, in fact, Eric had learned to use Baselight only a short time before starting on 'Mindhunter'. “I had graded four episodes of a previous Fincher project called 'Videosyncracy' in Baselight a couple of years ago, so I already knew this platform somewhat,” he said. “But I have to say that, whenever you need to dig deeper, the manuals are very well written and the tech support at FilmLight is among the best I’ve ever had.

“Some things you have to tackle on your own. For example, a 'customized chromatic aberration' involves splitting the channels, giving them custom offset, doing a difference matte on one and re-merging them - which is closer to what you’d be expected to do in NUKE. But it turns out that you can offer that as a solution right in the DI.”

Apart from its considerable strength, Eric feels that the software is well set up for viewing and grading multiple shots at once – being able to sort them, organize them in groups, call them up, compare them and so on. He said, “Copying grades is really simple, and if you’re dreaming of some new way to do that, it’s virtually there already. Also, I like how complicated things like nesting formats and masks within each other, or even making colour space decisions, are made simpler in Baselight – you can just spin the wheels and focus on the challenges of actual colour grading.”

Unconventionally perhaps, Eric graded the HDR version of the series first and then created other versions. He remarked, “The HDR presented some complexity. First, we were making a vintage show in a visual medium that didn’t exist at the time. Even for those who were alive back then, our sense of the era is constantly reinforced through the images that were produced contemporaneously – so our expectations would be to make the exact same images. 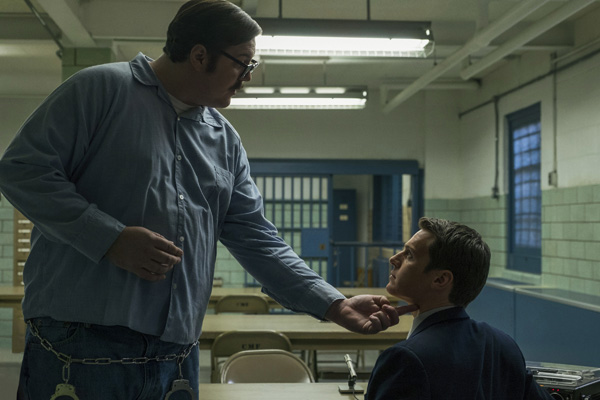 “'Mindhunter' is anchored in those tone-curves by choice because David likes a kind of low-contrast detail – what he calls 'suppleness'. But we managed to find just the right sweet spot, letting those HDR highlights bloom in the right ways without affecting his overall vision. I think that the final result looks exactly the way it would if HDR had actually existed back then.”

Together with wider colour gamuts, Eric considers that HDR adds a tremendous dimension to photography itself. “Even if you’re used to treating raw images, you realize that so much light is suddenly present that you’re not used to seeing – which creates a new relationship between light and dark. Certainly, it will be added to fast cutting and extreme decibels as a way to overload people’s senses. But in the right hands, I believe it can be used to augment the experience of any genre of cinema.”  www.filmlight.ltd.uk