Windmill Lane Sees the World in Colour with FilmLight

Windmill Lane Sees the World in Colour with FilmLight 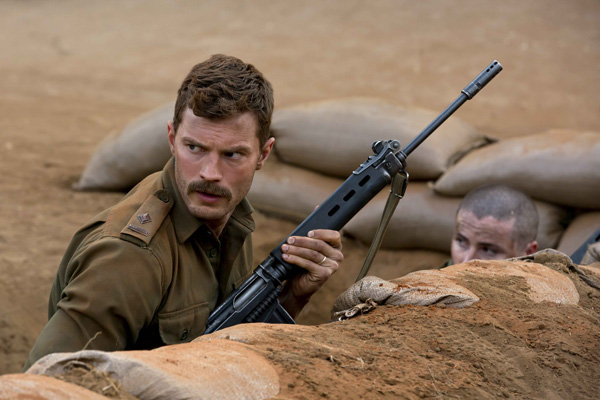 Dave Hughes and Matt Branton are two of the three artists in the Colour department at Windmill Lane studio in Dublin, Ireland. They have worked on many projects together, from commercials to features, and have been Baselight users for many years.

Dave, Head of Colour at the studio, has a long list of credits, including ‘Albert Nobbs’, ‘Young Ones’ and the film ‘Leviathan’, which won awards at the Golden Globes, Cannes Film Festival and many others. Matt joined Windmill Lane in 2006 and has since worked on projects ranging from 'Viva', 'My Name Is Emily', the Netflix Original Feature ‘The Siege Of Jadotville’ and ‘Love/Hate’ for RTE.

A Life in Colour

Thinking about the circumstances that had drawn him into colour grading, Matt remembers that he fell into it almost by accident. “My background initially was not in post-production, but in camera work and editing in a broadcast environment,” he said. “Windmill Lane offered me a route into post as a Tape Operator many years ago. From there I was able to refine what I wanted to do, and colour grading interested me a great deal. 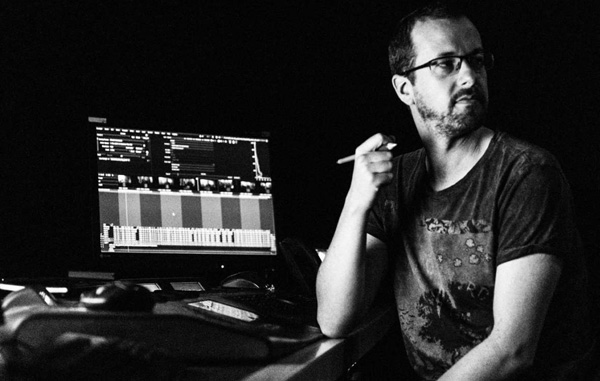 “Back then, when I joined the grading department, it was primarily telecine but we’d just bought a Baselight system. Digital cameras were very much in their infancy, so I was lucky I managed to get into grading at that transitional time. It’s certainly been a great benefit to me having the experience of working with film as well as the digital formats.”

Dave started as a runner in a post house in Soho in the early '90s, not knowing very much about post and having no idea that colour grading was a dedicated job in its own right.

He said, “We were part of a group that had a lab based in Soho, and on the night shift all of the telecine machines across the group ran one-light telecine grades. As a runner there wasn’t a lot to do apart from bringing tapes to the lab after they had been transferred, so I started hanging out with the guys doing the dailies. After a while they would let me do them, and from there on in, I was hooked.”

Because the department is quite busy and handles both commercials and longform, over the 10 years Matt and Dave have been at Windmill together, they have found it much more efficient to learn to work as a team. “We’re very familiar with each other’s style of working and grading, so there are plenty of times when - if one of us is not available - the other can jump in to help out with minimal fuss,” Matt said. 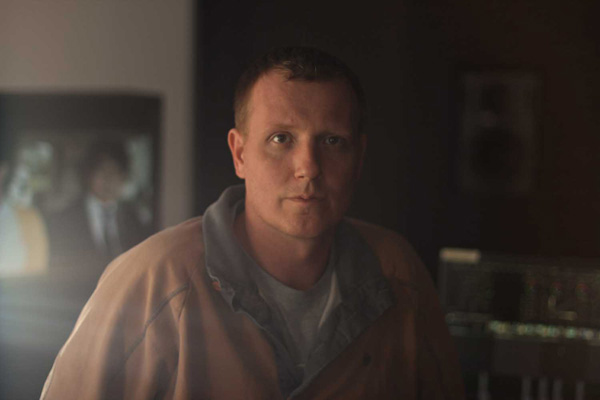 Over time, each has developed his own individual but complementary strengths, which Dave feels is a nice way to work. “We’re proud of how our department runs, and I think it shows in our output. Aaron Carroll, our Baselight assistant, has brought a lot to the team as well and helped us to develop the department as a whole.”

Matt and Dave both like to spend as much time as possible getting the look correct, to best complement the narrative, because finding that best look in combination with the raw material can make or break a job. “I try to avoid settling on a final look on day one of the grade, and instead work out the correct ‘feel’ for the film over the course of a few days,” Matt said. “I find then that it’s a lot easier to assess if we’re going in the right direction, before I start on the finesse work such as shading, tracking, compositing and so on.”

When Windmill Lane acquired its first Baselight system about ten years ago, it made a huge difference to the studio's operations. Because there are no film labs in Ireland, the launch of the digital camera was fully embraced. Dave said, “We had to have a solution to deal with it. We looked at all the options available to us and Baselight was the only system that gave us everything we needed.

“On complicated projects like the one I just finished grading – a film noir production called 'Terminal' for director Vaughn Stein - we can be involved from the very beginning of the post process. VFX was first up so we did all the turnover for VFX, managing the colour pipeline through Baselight and back. 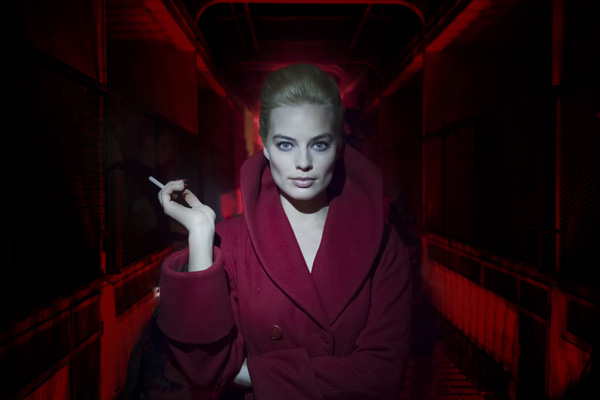 “Also, the grade itself was a pleasure. The DP Chris Ross shot a cracking movie on the ARRI Alexa that gave us a great base to work from. The look in this case was a combination of what Chris had set in-camera and what suited the flow and tone of the story to get the final look of the movie just as we wanted it.

Since the success of ‘Leviathan’ in 2014, work has been its own reward for Dave. DPs and directors have been calling to work with him from all over the world, which can make it difficult to keep current with new developments in grading at the same time. But he noted that being in Ireland means dealing regularly with a lot of international projects, each of which comes with its own set of criteria.

“That makes it essential to update our workflows constantly and research the latest innovations - whether they are technical or creative. The support that we get from the people at FilmLight is integral to this,” he said.

“We are a small department that deals with everything from dailies processing to final DCDM [Digital Cinema Distribution Master] delivery. The appeal of Baselight to clients is that from day one of a shoot to final delivery, a colourist is prepared to look after the footage and manage the colour workflow as their project passes through the post process.” 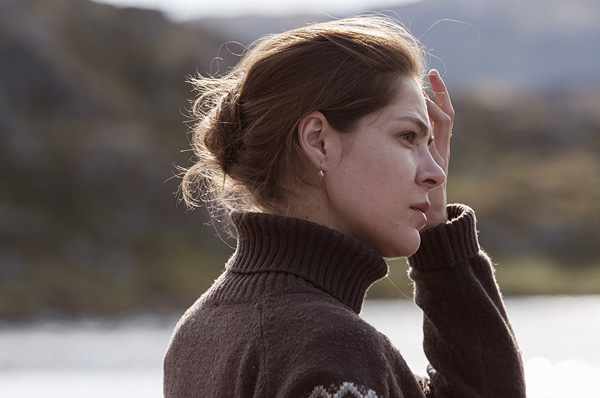 Last year, Matt worked on the Netflix feature film 'The Siege of Jadotville' with director Richie Smyth, the first project to be graded in HDR at Windmill and a job Matt is very proud of. “It was a great example of how the Baselight workflow and the ACES pipeline really comes into its own,' he said. “As it was one of the first Netflix features, we were all finding our feet in terms of what had to be delivered, and naturally the precise requirements changed many times throughout the course of the project.

“Using Baselight’s ACES colour space transforms enabled this project’s demands to grow accordingly, with zero changes to the setting settings. In fact at the time of grading, we were only required to deliver an SDR streaming master as well as the cinema deliverables, which are pretty standard for most features. It was only later on, once we had delivered these items, that a Dolby Vision HDR grade also became a requirement.”

Transferring the project to work in Dolby Vision was fairly easy, mainly just a case of changing the DRT [Display Reference Transform] to 4000nits before it was ready to grade - again, a good example of how Baselight’s workflow allows flexibility across a production's deliverable requirements. Consequently, when it came time to grade for the look of the film, the director and DOP could essentially transfer their ideas to the images directly through Matt.

He said, “I’ve worked with Richie many times before, so we already had a great relationship, but this was my first time working with Nik Summerer, the DOP. It was very clear early on that we all had the same instincts for the look we wanted, and from there it was a really enjoyable, collaborative experience. 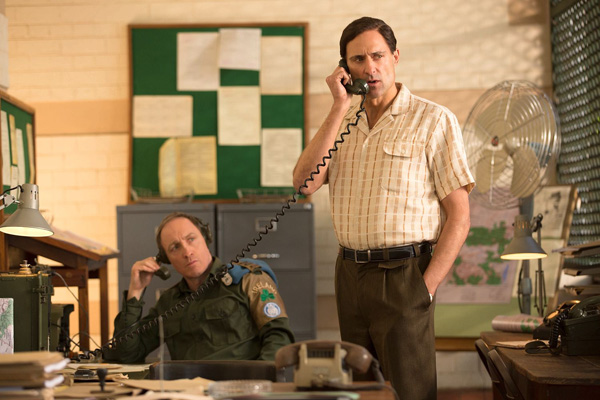 'The Siege of Jadotville'

“Grading HDR for the first time was a massive learning curve for me, but I was astonished at the range I was able to achieve in comparison to SDR. It took awhile for me to adjust to what HDR is capable of, and knowing how much to push it, and when to be more gentle. The realistic representation of highlights is what brings the visuals to a new dimension, and you can really push for dramatic effect. 'The Siege of Jadotville' has plenty of explosions and it was an awful lot of fun being able to push those shots to their limits on the Dolby Pulsar!”

The VFX pipeline on 'Jadotville' was pretty much a standard workflow for the studio. All of the shots were handled by Windmill Lane VFX. Both the VFX Supervisor Tim Chauncey and Matt had done extensive tests in advance of the shoot and already had a full ACES workflow in place, and so were very familiar with the pipeline.

This was, however, the first time they had experimented extensively with the Baselight Linked Grade (BLG) workflow in Nuke, which definitely brought an extra element to the project. The approvals from VFX back to editorial worked independently from colour considerations, so the VFX shots always exactly matched the original footage. Then towards the end of the project, while the final VFX shots were still being completed during the grade, Matt was able to hand BLGs directly from the grade to VFX, allowing them to see how their shots – which involved keyframing, keying, tracking and so on - were working with a heavier grade.

Special workflows notwithstanding, the Colour department is well placed to work closely with editorial, as they look after the initial dailies using Daylight and also conform directly onto the Baselight system at the edit lock stage. “This means we are in control of the footage from start to finish, and either Matt, Aaron or I are familiar with the jobs for the duration of the project. It also naturally puts us in the position of colour workflow supervisors, which we like as well!” Dave said. 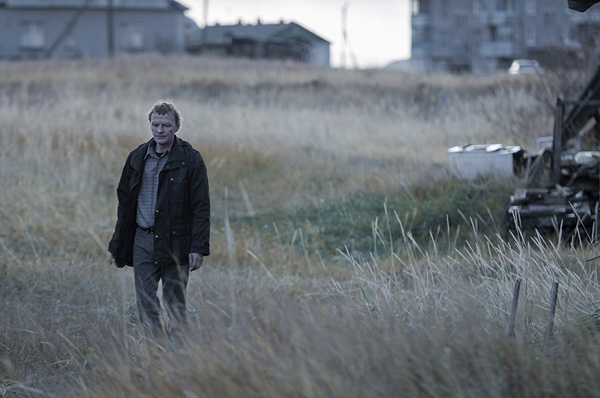 Similarly, they have a lot of control when working with VFX, either in-house or externally. Because they have full access to all the camera files, it is practical for them to pull plates for VFX, and it means they can be tailored to suit the grading project, resulting in no technical differences between the VFX and non-VFX shots.

Dave commented that the first movie he graded on Baselight was one of his most challenging jobs. “We commissioned the suite on a Monday and I started grading on the following Wednesday. Up until then, I had spent 15 years grading on different telecine machines, from a Rank MKIII through to a Spirit using Pogle and DaVinci systems, and the possibilities were limited.

“Overnight I had everything that I needed in one system and I was like a kid in a sweet shop. It was a little overwhelming, but the client was aware of this and gave me a lot of leeway to be able to grade and find my way, which was brilliant.”  www.windmilllane.com