Scene from new Ukrainian movie 'Donbass', opening title of the Un Certain Regard section of the 2018 Cannes Film Festival.

'Donbass', a new movie by Ukrainian writer/director Sergei Loznitsa, is being shown in a work-in-progress version at the 2018 Cannes Film Festival. Post-production kept to a tight timescale, as the shoot only wrapped in March, and Bucharest facility Digital Cube used a Baselight grading suite to design and maintain control over the look.

'Donbass' is the opening title and part of the official selection in the Un Certain Regard section of the festival. Each year this screen shows 20 original and visionary movies, selected by the festival, that tell their stories in non-traditional ways. Typically coming from outside the movie mainstream, these movies benefit from exposure at Cannes to achieve international recognition.

Donbass is the name of the setting of Director Sergei Loznitsa’s movie, a lawless region in eastern Ukraine where criminal gangs are in conflict with each other, with Ukrainian forces and with the Russian army. The inevitable result is violence, death and the collapse of the civilian society. 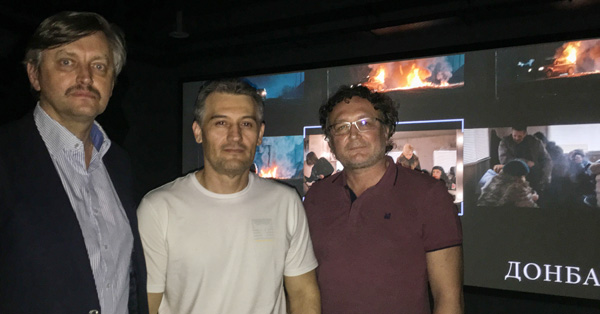 The movie was shot in locations in Ukraine while post was carried out at the same time at Digital Cube in Bucharest. The DP, Oleg Mutu RCS, worked with Digital Cube CTO Sebastian Plamadeala and finishing colourist Claudiu Doaga to build an efficient colour pipeline that started with the DIT grading on-set.  The DIT and Oleg Mutu would then spend the evenings grading and exchanging ideas with Claudiu. CDL files were sent to Digital Cube, making sure that Claudiu not only had their professional infrastructure backing him up, but also that editor Danielus Kokanauskis could access graded footage in his Avid editing software with no render time.

Oleg said, “I like working on Baselight because its tools are responsive and precise. Claudiu and I have worked on other projects, and I find that  he understands the direction I want to go. He builds towards that on the Baselight, and we can reach a colour decision that goes far beyond our initial expectations. He is about the best I have worked with.”

Claudiu commented on the practicalities of using Baselight for this project. “Because of the very tight schedule for grading, I was relying on the speed of the Baselight hardware and software,” he said. “The colour pipeline was straightforward - I took the CDL information from the Avid timeline straight into Baselight. 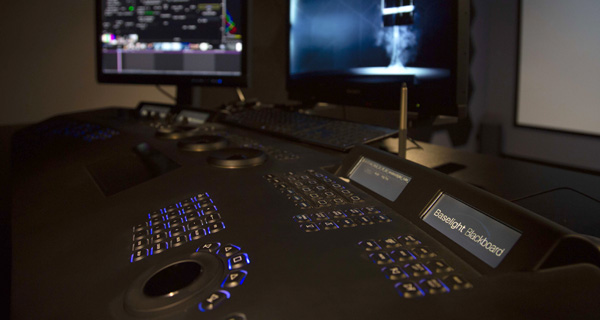 “I used a film LUT for a cinematic look, and combined it with a blended layer of scanned film grain. I created a cold metallic look in the blacks combined with a colourful gamma - that is, adjusting the black gamma separately - brightened skin tones for the actors and added a vignette layer to enhance depth separation and emphasise detail.”

Using LogC dailies, the team were able to keep all colour options and maintain control throughout the edit. Once the images were locked, Claudiu imported the CDL files from the Avid and camera LUTs directly into Baselight, quickly and simply. At that stage, creating the final deliverables only needed a few minor adjustments.

Avanpost Digital Cube launched in 2010 and now employs a team of about 50 artists and colourists, sound & video engineers and project managers, helping clients take their projects through the film and TV finishing process. The company is a Netflix and HBO Europe preferred vendor for the region.    www.filmlight.ltd.uk