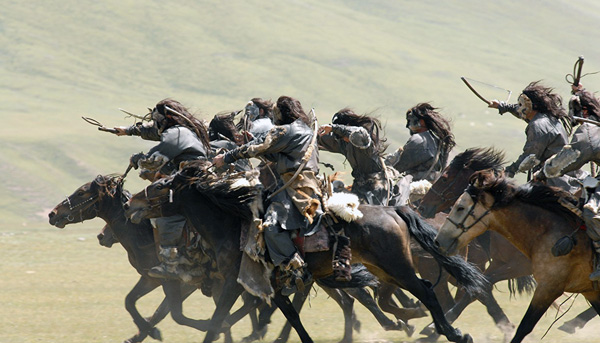 Ronney Afortu, born in Chicago but moving to Germany while still young, is now senior DI colourist at Optical Art in Hamburg. He has had the talent and good fortune to work on the Oscar-nominated movie 'Mongol', with Oscar-winning director Bille August on 'Night Train to Lisbon', plus this year's Golden Globe-winning movie 'Aus dem Nichts' (In the Fade).

While talking about his work and experiences as a colourist, and contemplating the coming years in post, Ronney said he believes HDR and wider colour gamut generally are the trends to watch for. He can say this with reasonable confidence, having witnessed significant and exciting changes in DI processing over the years as his career unfolded.

“After school, I started studying media engineering, but also worked with a production company specialising in advertising,” Ronney said. “Given a chance to assist at the shoot of a Coca Cola commercial, I was then invited to join the director for the telecine. I knew right away that this was what I wanted to do. 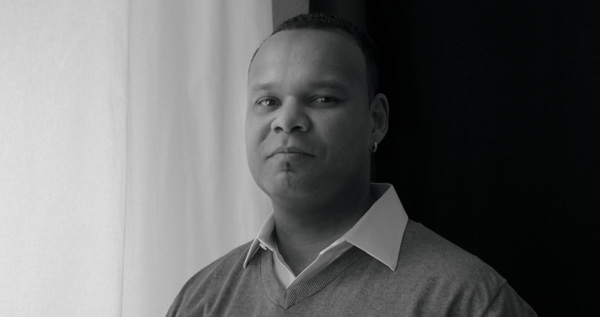 “My first experience of colour grading for cinema – on a Thomson Specter with Pandora Pogle controller – was at VCC in Hamburg, the former parent company of Optical Art and part of the Picture & Sound Network AG, made up of various post studios around Germany. I asked them if there were any opportunities to train as a colourist with them - and that was it. I threw myself into working to become a colourist.”

At the time he joined them, Optical Art was a pioneer in digital intermediate development, transferring motion pictures shot on film to digital media. So, from the start he has worked mainly on feature films, which still comprise most of his work although now he also grades television features.

“The boundaries between movies and TV have become more fluid in recent years. Television has become much more sophisticated, and you meet the same DoPs and directors on movies and television. The only difference is that in television you will have less time!”

From Lights to Baselight

When Ronney started out as a colourist, the Specter/Pogle combination was considered state of the art for 2K grading work, but it also represented a challenge in DI for movies because it was difficult to manage colour spaces when writing back to film. 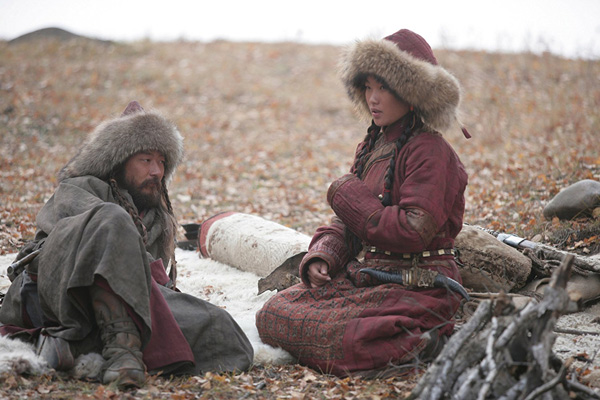 Frank Hellmann, the DI supervisor at Optical Art, learned about a facility in London called Computer Film Company where a system had been developed that overcame that problem by allowing artists to communicate with the lab in terms of printer lights. “It transformed the way we worked – we were convinced that this was the right way to go,” said Ronney.

Printer lights were used in the photochemical colour timing processes used before digital colour grading was invented. Filtered red, green and blue light, measured in points, was shone through the film to change the balance of colour in the shot. Some grading applications still incorporate printer points as a control, particularly as a means of correcting poor white-balance. 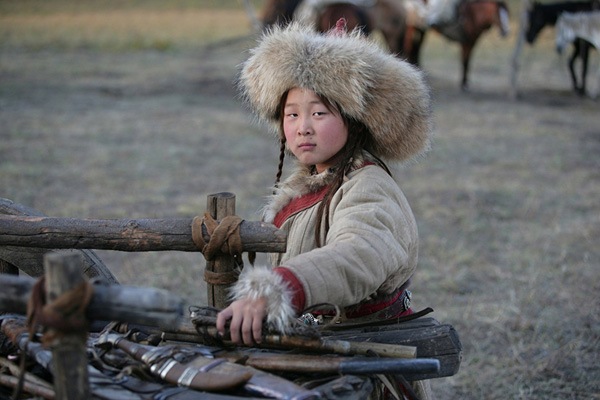 “We still keep that serial number 0001 on one of our machines, though it has been upgraded a few times to the latest hardware,” said Ronney. “During the beta test phase, whenever we encountered something we needed but didn't know how to do, we got used to simply emailing FilmLight in London and,  just a few hours later, receiving an email with a link to a software upgrade addressing the problem.

“Even with the more sophisticated, stable system it has now, the level of support from FilmLight is still as good. However, what is more important is that the tools inside Baselight are clearly driven by colourists. This is not a fixed system – it grows as we develop new requirements.

“Though I started in telecine, today we rarely see film because most of the labs in Europe have gone. Film meant many days of struggling to get a perfect print, so in that way I don’t miss it. Also, because in digital we get a new sensor chip every couple of months, we have constant improvement and new opportunities, whereas Kodak and Fuji would only produce a new stock every few years.”

Returning to HDR, 4K and other technological trends in video production, Ronney feels that high dynamic range is having the greatest impact of any he has seen in recent years. “When viewers sit in the cinema, they don’t usually see pixels. So more resolution is not important to me. HDR and wider colour gamut is what is exciting – provided we can get that colour all the way to the big screen,” he said. 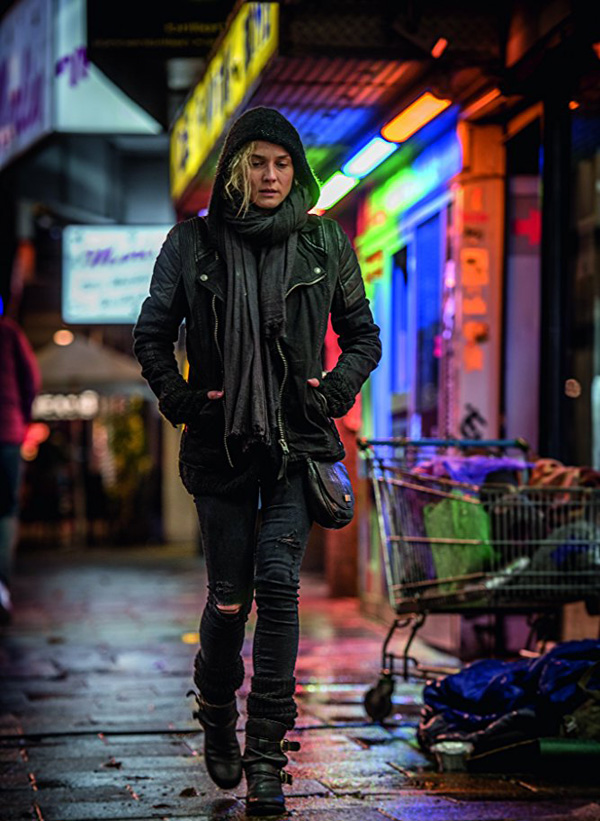 “You cannot compare it to film, but it has a big influence on DoPs, in how they set up a shot, how they light it. If a script says the villain moves out of a bar, for example, normally you would plan to cut from interior to exterior. But in HDR, you could simply follow the villain. Or, the camera could stay inside and still see what is happening outside. This is a big shift for writers as well as for directors and DoPs.”

Golden Globe Winner 'In The Fade'

For 'In The Fade', winner of the 2018 Golden Globe for best foreign language film, Ronney joined director Fatih Akin and DoP Rainer Klausmann with whom he had worked on movies before, so their relationship on the project was close from the start.

In the Fade is a complex, dark movie. Ronney noted that each of its three acts has a distinctly different feel to it, and it was important for everyone to set those three looks before the first day of the shoot. He said, “This was one of those rare projects when the production company talked to us early to determine how best to do it. 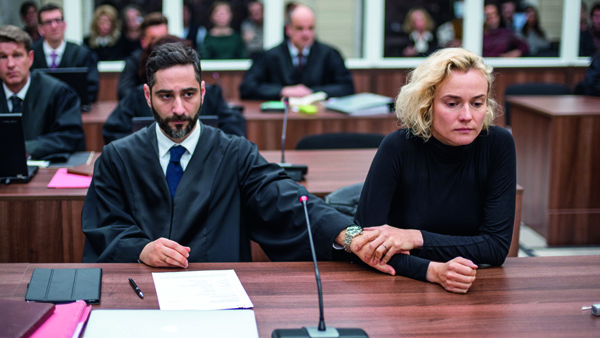 “Rainer is a true DoP – he lights really well. We ran six to eight tests to get the right kit, which allowed us to agree on how to get the looks in each section of the movie. But both Rainer and Fatih are quite ‘analogue’ thinkers, saying that if you can capture the looks you want on set, you should do so. The tests went all the way to make-up. The director wanted lead actor Diane Kruger to look 'not so good' in some of the more harrowing sequences. They also wanted to ensure that every detail of the performance was captured.”

Demands of this kind put pressure on the film's workflow. 'In the Fade' was shot using ARRI Alexa cameras with wide gamut, in order to achieve a DCP with a high quality finish. Due to the production scheduling, Ronney was able to handle the dailies as well as the final grade, using FilmLight’s Daylight system. This has the same grading toolkit as Baselight, and can export grades as BLG metadata, so that none of the information is lost.

Fatih and Rainer prefer to watch dailies in the editing room, the traditional way. On set they liked to concentrate on shooting, while trusting in the other team members to look after their own parts of the project. “Daylight suits this workflow really well by creating graded dailies for the editing department, also located at Optical Art, as well as giving me the same starting point in the final Baselight grade,” Ronney said. 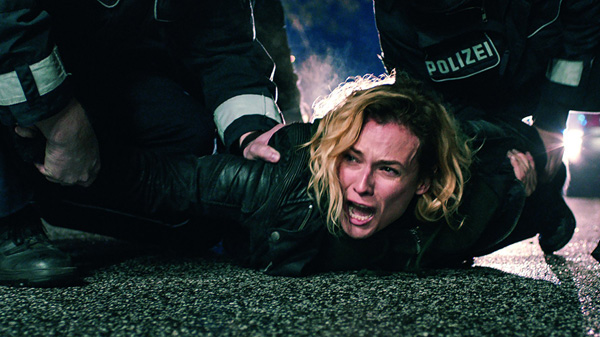 “Given that a lot of the effects were done in camera, and we had seen everything in the dailies, by the time of the final grade we were pretty much on top of everything. An interesting part of the movie is the big scenes in the rain. Most of the tension was created with lighting, but Fatih and Rainer encouraged me to enhance it. They wanted the audience to really feel they were getting drenched by the rain.”   www.filmlight.ltd.uk