The movie 'First Man' dramatises the story of Neil Armstrong’s famous giant leap for mankind. To increase its authenticity, Director Damien Chazelle approached NASA to see if any of the archive footage from the Apollo era could be made available.

NASA had plenty of archive material to choose from and fortunately was willing to give the production complete access to their film. For the Apollo 11 launch, for example, numerous cameras had captured different engineering details of the Saturn V from different angles. Unfortunately, this footage had been recorded in an obsolete format, a 10-perf 70mm military format NASA had developed using Kodak Ektachrome reversal film. The sprocket pitch in particular was incompatible with modern film scanning techniques.

A number of film experts were contacted for ideas on how to manage the material and access the images. David Keighley, president at IMAX, suggested that a prototype scanner at FilmLight might serve as a way to transfer the footage, and Visual Effects Producer Kevin Elam found that a gate had been made for a Rank Cintel telecine at the White Sands Missile Range. Although this equipment could produce a telecine reference, modern scanned quality was still desirable.

When Kodak was developing their Ektachrome reversal stock for NASA, they had given it an extremely high dynamic range. That meant that all the detail of night-time launches could be captured, and at the same time the highlights of the rocket exhaust could be prevented from burning out the detail of the activity around the launchpad. 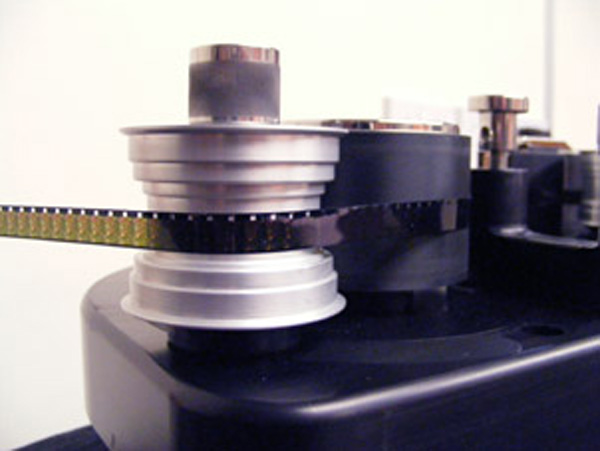 FilmLight is recognised not only for innovation in colour science, but also for its understanding of film media. FilmLight's colour grading systems, image processing applications and workflow tools for post production have moved rapidly ahead since the company was established in 2002. But in fact, FilmLight's first product was Northlight, a motion picture film scanner capable of scanning 16, 35 or 65 mm film formats.

FilmLight maintains a continuing research project codenamed Arclight dedicated to the advancement of film scanning techniques, recognising that archive preservation will be a critical issue in the years to come. Archives currently exist in a large number of formats, the majority of which have been abandoned. Furthermore, the deteriorating condition of much of the material means that conservationists often only get one shot at scanning the film.

Consequently, one of Arclight's guiding principles is that it should be capable of scanning any piece of film, regardless of gauge, number and position of perforations. When Kevin Elam contacted FilmLight to see what potential their scanner might have, the 'First Man' project seemed like an ideal test for this principle.

Senior optical engineer Chris Hall leads the project for FilmLight, and was one of the first to see the film on screen. “I was sent a test film, and all I had to do was load it up and define an appropriate format in the software. I used the dimensions of the film frame and the sprockets as parameters,” he said. “The image area then came out as a square frame of just over 7,000 lines - actually 7250 x 7250 pixels. That gave a very high-resolution scan of the images. 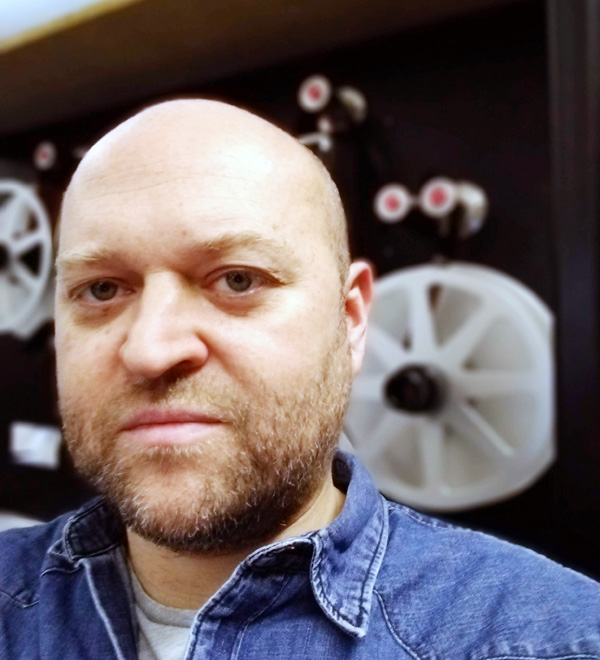 “While scanning this film, it started out almost completely opaque, but soon I was relieved to see the image of a rocket, on a launch stage, at night, clearly visible on the monitor. Then suddenly the film became almost transparent as the rockets fire,” he said.

“The Ektachrome was slightly over-exposed at this point – which is completely understandable considering what it is pointed at. This range of densities is always a challenge for a film scanner, but we are pleased with the image quality resulting from capturing the full dynamic range. There was a lot of footage to scan, mostly of the actual launch of Apollo 11 with some shots of the other Apollo launches mixed in.”

In all, FilmLight scanned about 20 minutes of footage for the producers of First Man. The movie’s goal of true authenticity was substantially improved by the inclusion of this material, and the exercise broadened FilmLight’s understanding of the challenges associated with digitising archive footage at the highest possible quality.  www.filmlight.ltd.uk