Ka-boom post studio in Belfast got its name due to its start as a sound studio. Their picture editing services were launched later in response to requests from client and the wider demand for more post-production options in Northern Ireland.

Ka-boom is an Avid facility, but since the colour functionality in the Avid software is fairly basic, co-founder Zach Willis wanted their team to be able to work with more sophisticated tools. He began experimenting with Baselight Editions, a plugin that gives the editor direct access to the full Baselight grading toolset from inside Avid.

The studio was also interested in the Truelight colour space concept, developed to allow studios to design and implement their own efficient colour workflows. They would be able to stop and accurately review the final look of a project, at any point during post-production.

Baselight's functionality became popular with both editors and clients, and after about a year Ka-boom decided to build a new dedicated grading suite equipped with a Baselight ONE grading system and Slate control surface. The room went online in 2015.

“Working with Baselight for Avid had given us a good understanding of how the tools work, so that nothing was alien to our colourist when the full system went in,” Zach said. “That was fortunate because the suite was in work immediately. The technicians from FilmLight finished the installation on a Friday night, and on the Monday morning we were grading a BBC Scotland show. The system has not been idle since then.”

The Truelight Colour Spaces system automates selection of appropriate colour spaces for each step in the colour pipeline - for cameras and other input sources, projectors and displays, and the environment where the tools used for the grade operate. It uses templates to set up the best conditions for specific workflows and encourages colourists to grade in a ‘scene-referred’ colour space, working with pixels representing the actual colours captured in the scene rather than the converted pixels the colourist sees on a monitor with its limited set of colours.

If a colourist applies grades and other effects to pixels converted into one of the ‘display-referred’ colour spaces, they are really only using a subset of the captured video as raw material, and the grade itself will be tailored for that specific display’s colour space - the result will not look the same if viewed on a display with a different colour space. Some colourists grade in the camera’s colour space instead, but encounter problems if their project’s footage is shot on a range of cameras.

Because the goal is to produce similar looks regardless of the brightness of the display or the viewer’s surroundings, a better approach is to grade in a colour space independent of camera brands, like the ACES workflow. For Baselight users, as part of the Truelight Colour Space system, FilmLight now has its own scene-referred colour space, T-log / E-Gamut, a camera-agnostic, wide-gamut colour space, matched by a new DRT called Truelight CAM that uses a colour appearance model based on human visual perception. 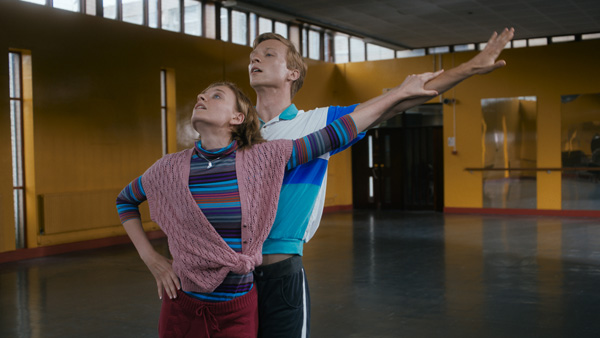 Another Time and Place

Ka-boom worked on two popular dramas shown on UK television at Christmas 2018. Both needed to express the look and feel of an earlier period, although the style and era of each story was quite different to the other one. Ka-boom’s colourist Jim Agnew handled both projects.

One movie was ‘Torvill & Dean’, a dramatised documentary about the famous ice dancers who won gold at the Sarajevo Olympics in 1984. The movie starts at the time they first skated together in the late 1960s and continues through their professional careers in the 1980s.

The other production, ‘Agatha and the Truth of Murder’, takes place at an earlier time in 1926 and concerns a single incident in the life of crime writer Agatha Christie when she briefly went missing. She reappeared 11 days later but never explained what had happened to her. 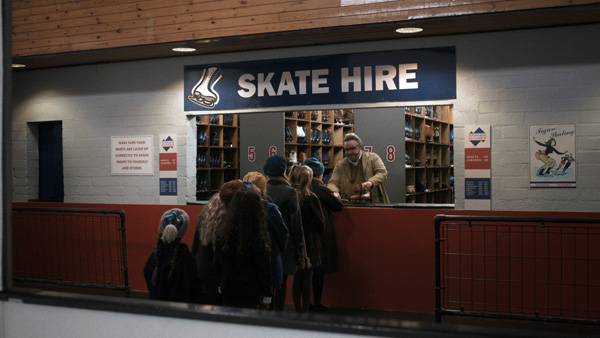 In each case, the producers wanted the crisp, controlled image quality of modern digital cameras, while taking advantage of a stylish colour grade applied in post to create the necessary sense of time and place.

Jim Agnew said that although the workflows and end results were very different, one helpful factor was that both projects had been shot by the same DP Damien Elliot. “I have known Damien for manyyears, so we understand each other’s tastes and approach to images. The movies were both shot on ARRI cameras, using Log C colour space and ProRes outputs, in a mixture of HD and 2K. FilmLight’s T-log colour space was a perfect fit for the two jobs.”

'Torvill & Dean' is set in two different time periods that the production wanted to clearly differentiate through subtle shifts in the look. The earlier scenes, featuring the central characters as children, have a faded and de-saturated quality. In contrast, the '80s scenes have the vibrant look of the time, with crisper images and a bolder colour palette.

“For both treatments we used different Baselight Looks lower down the stack, giving the images the required density, and helping us unify the colours,” Jim said. Because it maps from the scene-referred colour space into a display colour space without putting a specific look on the image, the Truelight CAM DRT allows a separate Scene Look to be applied as part of the grade. Separating the look from the display transform adds flexibility to the workflow – Jim could use more than one look with the same DRT.

The script of ‘Agatha and the Truth of Murder’ told the story as a mystery, and the producers wanted a more stylised, genre-inspired look. The art and costume departments had followed that by using a 1920s period colour palette, and Jim’s task was to create a grade that emphasised the look and enhanced the light and shade.

“We also added a subtle autochrome look at the bottom of the stack,” he said. “Again, that helped us to unify the look of the whole film.” Named after an early photographic technique in use before Kodachrome, autochome is marked by its effect of soft, dyed colours that make images look like paintings.

The projects arrived at Ka-boom one after the other and were completed effectively back-to- back. “We finished the post on ‘Torvill & Dean’, then moved straight onto the Agatha drama,” said Jim. “Damien Elliot and I have spent quite a lot of time together in dim rooms lately!”

The workflows of the two movies differed in that Jim was involved early on in the production of ‘Torvill & Dean’. He developed several looks and discussed them with Damien to inform the principal photography. Those looks were then built on to create the final grade. For ‘Agatha and the Truth of Murder’, the shoot was complete before it reached the grading room, and Jim and Damien worked together to build the look from the ground up.

For both projects, rather than use the full-project Baselight Grade workflow across the shots, they elected to grade scene by scene, rendering each out as a separate movie to be dropped into the finishing timeline on Avid. “This still gave us the option of using the full toolset from Baselight Editions in the online suite, which is incredibly useful,” Agnew said. “It meant we could drop in some last-minute VFX tweaks onto the Avid timeline, and apply the appropriate grade as a BLG without round-tripping to the main Baselight room.” 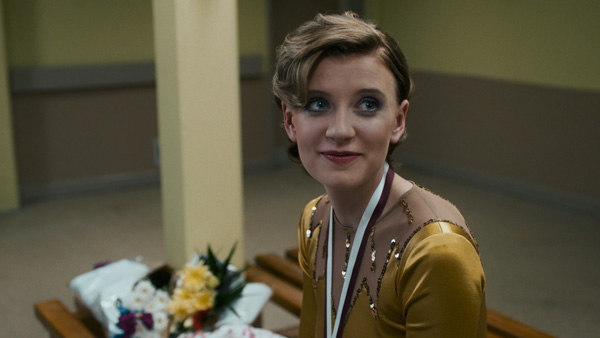 Jim emphasised the importance of finding workflows that make sense to the production, and are clear and reassuring for clients. “Colour grading and picture finishing are technical crafts,” he said. “It can be easy for a client to feel overwhelmed by the process.

“Likewise, Baselight is a very technical, up-to-date grading system, but above all it is a tool for artists. While grading, the tools’ scientific side tends to fall into the background. Colour manipulations feel natural, interactive and fast. I can respond to a client’s request almost before they have finished telling me what they want.”

As Ka-boom continues growing, several upcoming dramas and factual shows are in the schedule, and the the Baselight suite will continue to be part of the facility’s plans for the future. “Our clients notice FilmLight’s speed at adding new functions to Baselight,” Jim said. “Version 5’s Paint tool and new operators like the Grid Warp mean that we can achieve results in one room, in one session, that previously were far beyond the scope of a colour grade.”  www.filmlight.ltd.uk 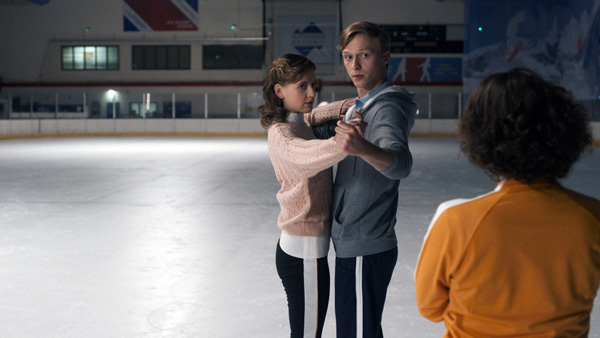