Jin Young Park is one of South Korea’s top colourists, who has known she wanted to become a colourist since she was a student at art school. “Many of my friends and colleagues were working in the advertising and ﬁlm industries, and I also started my career as a compositing artist at an advertising post house,” she said.

“Soon I became fascinated by colour grading for ﬁlms and how it helps to raise emotions or to create moods using colour and light. I find it more profound than commercial colour grading because it focuses more on narrative. From my perspective, film colour grading is another storytelling tool that I can use to communicate with the audience.

Jin likes watching the diversity of different genres and plots in Korean films emerge as the industry there evolves, and has so far worked on 130 films. “Each time, I’ve made a commitment to myself to create something different, unique and better in quality, compared to previous projects. This commitment has kept me as a colourist without getting weary of it,” she said. Among her ambitions is a chance to work overseas and experience different styles of ﬁlm and environments. 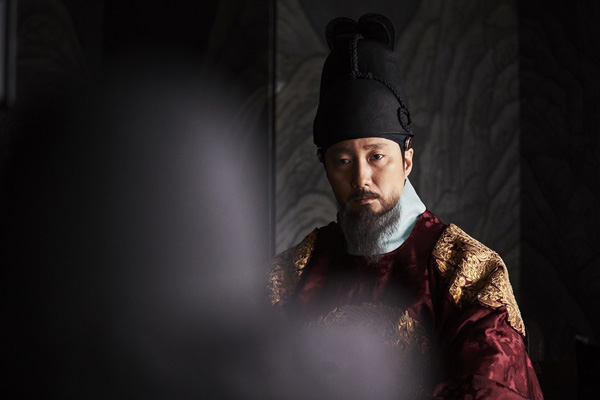 “A good colourist seeks to create various looks, regardless of the genre, and also communicates with the director and DOP to understand their creative intentions,” Jin noted. “I find inspiration in ads from magazines, photos I take with my phone, and photo books.

“When I get involved in a new project, I always read the script ﬁrst - I must have been inﬂuenced by my scriptwriting classes at college. I usually talk to the director, DP, production designer and costume designer as well to build visual concepts for the ﬁlm. Then, once we have determined the concept or look, we do multiple rounds of tests to decide on right tools for the production such as the camera, lenses and other gear. I consider these preliminary tests as my ﬁrst colour grading work.”

When grading, Jin spends considerable time developing the colour theme, based on the concept discussed during pre-production. Creating this theme is the key element of her approach, somewhat more complicated than the look itself because it also contains the overall level of contrast, saturation, exposure, sharpness and so on. It acts as a visual framework and once established, the rest of the decision-making gets easier as she follows the story to determine the tone for each scene. 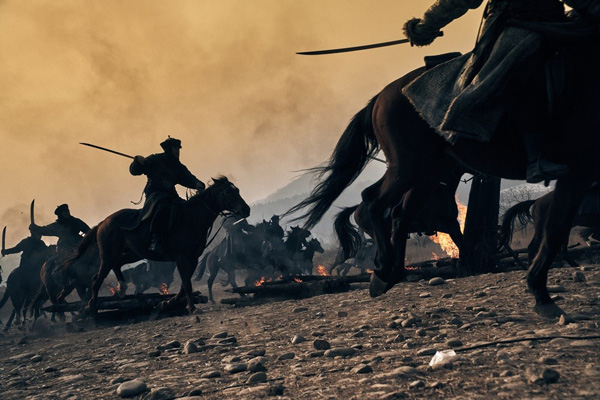 Most recently Jin worked on historical Korean film ‘The Fortress’, collaborating with cinematographer Ji Yong Kim, who was awarded the Golden Frog for Best Cinematography at the Camerimage Film Festival. Jin has worked with Ji Yong on his previous eight ﬁlms, and plans to work on his next movie as well. “Because we have worked together for a long time, we both understand each other so well that we make an excellent team,” Jin said.

“We discuss lots of different things together such as lens selection, ﬁlters, the concept and colour grading plan in detail, as well as the composition and the movement of the camera, and setting the exposure level or the overall contrast. Most important, Ji Yong always brings me amazing images and, as a colourist, nothing can be more exciting than working with beautiful images.”

When Ji Yong Kim won the Golden Frog, Jin was so happy and excited that she couldn’t believe it at ﬁrst. The award was especially important because Ji Yong is the ﬁrst Asian to be awarded at Camerimage. She regards ‘The Fortress’ as one of her own best works in terms of maturity and achievement, and is grateful to have had the opportunity to work on the film. 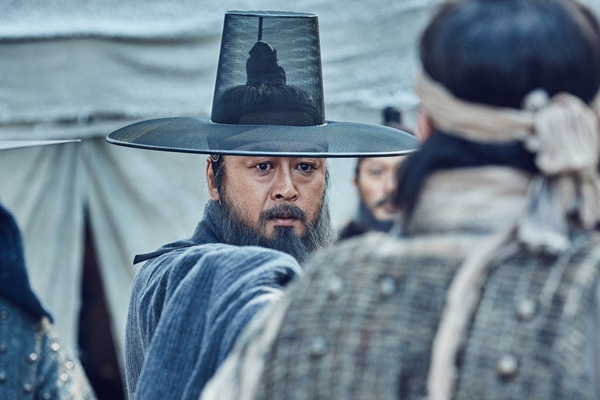 The story is set during the Qing Invasion of Korea, when the king and his court take refuge in a mountain fortress, where they find themselves stranded in the cold and surrounded by the enemy. The king's dilemma increases as his people start dying from cold and hunger in the fortress around him.

“Ji Yong wanted to accomplish a few fundamental visual elements in ‘The Fortress’. Because the story is set in the cold winter mountains, it had to be visually cold and, at the same time, show beautiful scenery. The battle scenes had to look desperate with great intensity. In many scenes I needed to convey the main characters’ emotions elaborately. In other words, Ji Yong wanted the whole picture to look bold and luxurious.

“I was able to create the ﬁnal look by creating a bluish cast with a strong contrast to enhance the sharpness of the image. I experimented with a lot of looks to express cold, snowy mountains. I chose a cool blue as the primary colour, and I added several luma mattes to create and apply somewhat different shades of the colour blue for the movie. For night scenes, Ji Yong used a torch or candlelight instead of using any artificial lighting to capture the reality.” 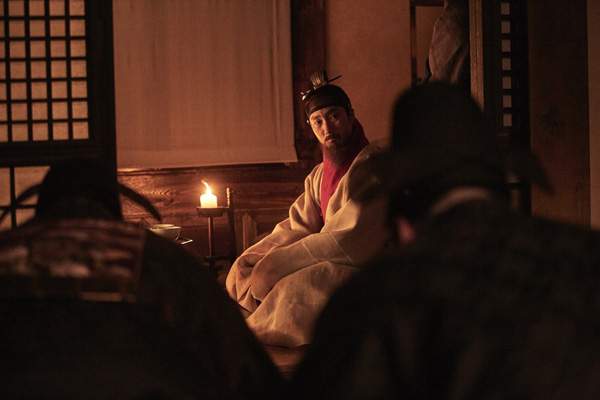 Jin recently moved to the FilmLight Baselight grading system and is definitely in favour of the system’s colour pipeline. She said, “It is very accurate and technically precise when handling various types of digital media and displays. I think this is the most crucial function in digital image processing.” FilmLight has a series of hardware and software tools that can manage colour from set to deliverables, by relying on the Baselight Linked Grade or BLG.

BLG is an OpenEXR file format that is used to create, transfer and review looks, not as LUTs or restricted grades but as complete creative concepts described within the BLG metadata file. It includes all grading information including Truelight profiles (a kind of 3D LUT), conform metadata and keyframes. It also interoperates precisely with the Baselight itself, with FLIP and Daylight on-set tools, and with Baselight Editions that work inside or on the timelines of 3rd party software Avid, Flame and NUKE. Colourists can also use it as a review format without FilmLight hardware or software.

The FLIP tool is made for working live with Baselight Linked Grades. It goes on set with the production team and displays a preview of live camera output. Users can adjust the look while still on set, and export various looks as metadata, ASC CDL files or complete Baselight grades. Daylight is dailies software and a grading decision tool to help DoPs and directors establish looks and visualise what they have shot, on set or on location, as well as meeting their deliverables requirements - in one application. 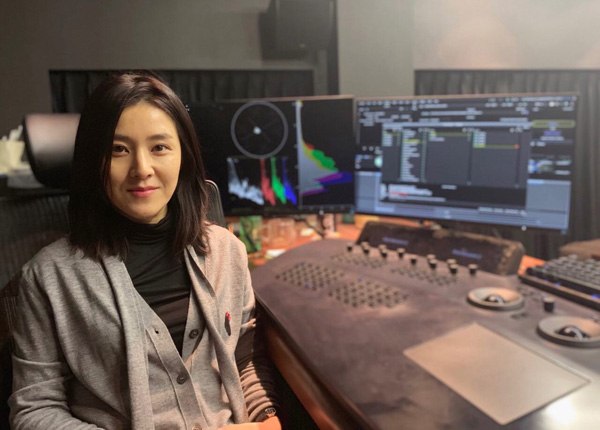 The colour and online editing tools in FLIP and Daylight are the same as the ones the colourist has in Baselight, so the medtadata that is collected as the director or DP works is directly transferable to any other FilmLight software, through to the deliverables output stage. The looks are preserved in this metadata description, even if no rendering is done along the workflow.

Jin remarked, “My favourite tools in Baselight are Base Grade and FilmGrade. I believe well-balanced images are achievable with the simplest tools. I’d be curious to know what other colourists’ favourite tools are.” Base Grade, FilmLight’s primary grading operator, is based not on conventional colourspaces but on perceptual values like exposure and balance expressed in the T-stop (aperture stop) units used in photography.

As long as the colourist starts the project by informing Baselight of the material’s original colorspace, the pixels can be accurately defined with their true value before transforming them into the perceptual space. Four parameters affect the whole image - Flare, Balance, Contrast and Saturation. 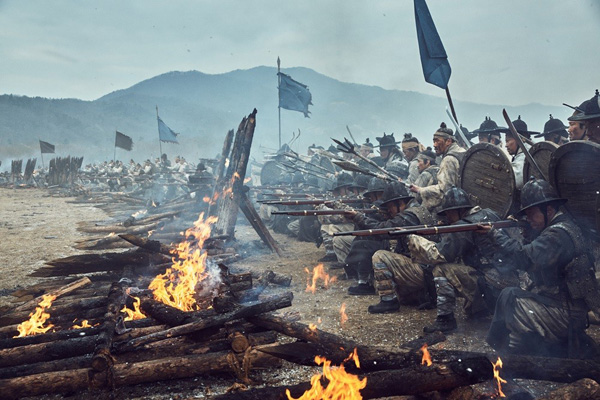 Beside those global parameters, Base Grade partitions the image into brightness zones. Each zone’s region can be fine tuned via ‘Pivot’ to adjust the starting point of a zone in reference to medium grey, and ‘Falloff’ describing the transition between zones. Base Grade works the same way in every working colour space. Therefore, it always feels the same for the colourist regardless of the camera used.

FilmGrade can be adjusted in RGB printer light steps because it was first developed for the new job of DI-colourist that emerged with DI processing in about 2000. DI-colourists correct images digitally before recording them onto intermediate-film for printing. FilmGrade consists of six tools divided into two groups - Exposure, Contrast and Saturation, with Shadows, Midtones and Highlights.   www.filmlight.ltd.uk