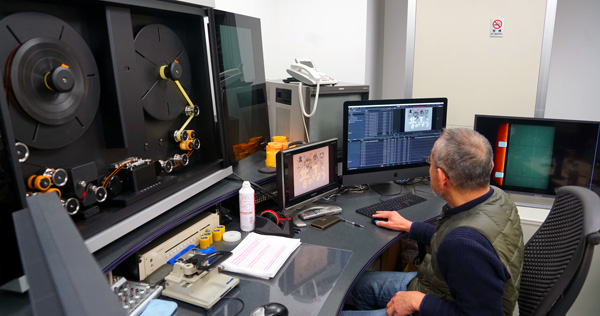 TBS SPARKLE in Tokyo has undertaken the digitisation of an impressive quantity of 16mm footage dating from 1955 to the 1980s, representing more than 3,000 Japanese films, documentaries and news shows, as well as other footage shot by TBS SPARKLE’s production team.

A drama, variety, media and sports production facility, the company's management department, which is in charge of film archive work, manages videos broadcast by Tokyo Broadcasting System Television. This includes about 1.3 million videos, such as dramas, varieties, music and news programs.

“We have long wanted to make use of the film we have as digital data, but as digitisation was not realistic in terms of cost, we have been unable to make this happen for a long time. Sourcing film archive services externally, for example, is cost prohibitive. As we continued to look for ways to digitise over 3,000 valuable films in-house, we found low cost, high quality Blackmagic Cintel Scanners. Since then, film archiving has become possible for us,” said Mr Hisao Nishimura of TBS SPARKLE.

Among the 3,000 titles, they found the original footage from Japan’s first domestic TV drama ‘Ponpoko Monogatari’, which was recorded and produced in Japan in 1957. Such valuable dramas, news and documentary films are in great demand for imagery that shows Japan’s historical landscape, and following its digitisation it will be published as a video viewers can use to look back on history.

One of the advantages of using Cintel Scanners is their ability to store high quality images in a visually lossless compressed RAW format.“The Cintel Scanner can scan in RAW even for films that have faded due to aging, allowing you to perform colour adjustment with DaVinci Resolve grading software. Scanning with RAW data makes it much more likely that the original colour can be reproduced,” said Mr. Nishimura.

“Images scanned in real time at 24 fps are sent to a Mac via Thunderbolt and sent into DaVinci Resolve Studio. The direct integration of the Cintel Scanner with Resolve is very efficient. There is no need to create intermediate files that will only be used once, and spending time copying files after scanning is also unnecessary. Due to its simple processing, no extra equipment is required so that users can work in a confined space if necessary.“ 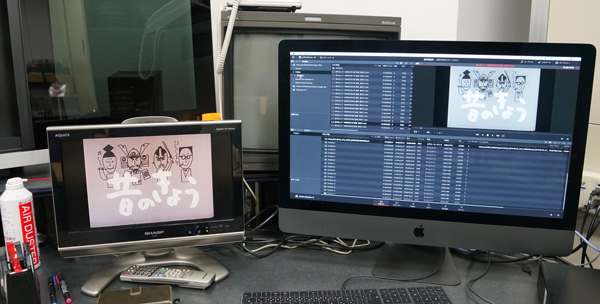 The studion is using DaVinci Resolve to carry out editing and audio adjustment as well as colour correction. Automatic Scene Cut Detection from DaVinci Resolve's media page has been especially useful. Colour correcting projects like those at TBS SPARKLE means working on projects that only exist as a single file with no accompanying EDL. Resolve’s Scene Cut Detection analyses a single file and divides it into multiple shots based on where the software discovers cuts exist in the program, saving a lot of time compared to trying to find edit points manually.

“Since it is seldom necessary to use the whole scene of scanned data, it is possible use this function to make processing more efficient by finding only the required part,” Mr. Nishimura said. It's also straightforward to sort out the clips you need. With the introduction of the Cintel Scanner, we have realised an efficient film repair workflow.”  www.blackmagicdesign.com