Adam Dolniak Mixes Up Technical with Creative for Finishing and Colour

Adam Dolniak Mixes Up Technical with Creative for Finishing and Colour 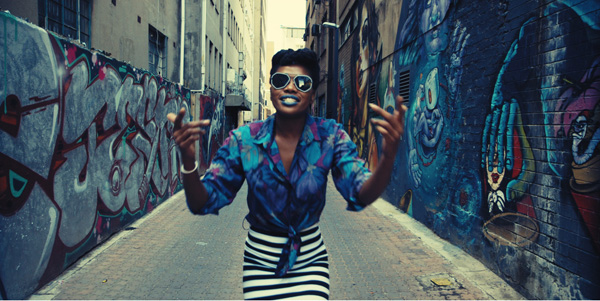 'Africa - A Journey into Music'

Adam Dolniak has been working at Splice post production in London since 2007, when he started as an online editor. Now, as Head of Picture, he is also a FilmLight Baselight colourist and has graded a wide-ranging portfolio of projects that include biographical films 'England is Mine' and 'My Name is Lenny', the documentary 'Fighting for a City', and TV comedy series 'The Reluctant Landlord' and 'Plebs'. Adam was recently awarded the RTS (Royal Television Society) Craft & Design Award for Picture Enhancement for his work on the Channel 4 documentary 'The UN Sex Abuse Scandal'.

While at university Adam had pursued a subject completely unrelated to television and film - Pharmacology at the University of Cardiff’s College of Medicine. But after graduating, his career options weren’t what he had hoped for and he moved to London to re-consider his career path. “I found work as a commercials traffic assistant for a number of music channels, back when music TV was quite influential among fans and performers. My job was to order the ads ready for transmission and then to encode them from DigiBeta. That's when I started to familiarise myself with video tape operating and the edit support team.”

Adam became an online editor and worked on an Avid DS system for over eight years. “Since we had no grading suite at Splice back then, all the colour correction, VFX and finishing was completed on the Avid DS. It was a great tool and a real shame it was discontinued. I actually really miss using it, and I'm still not sure you can completely separate the two worlds of grading and finishing. So many disciplines are interchangeable between the two,” he said. 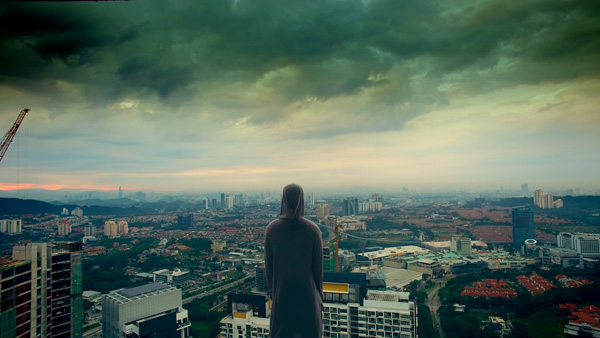 'URBEX - Enter at Your Own Risk'

“For me, that period of online editing was really important to my understanding of colour correction, and later all the technical and creative knowledge that I gained then became the perfect springboard onto Baselight. It means I can confidently advise clients of what can be best achieved in the grade, or point it out to them when they'll get better results in a VFX suite.

“In the end, clients need to see the best possible end product. Being responsible for the whole finishing process is really very satisfying, and to sit back at the end of the day and watch your work is particularly rewarding.”

Before moving to Splice, Adam worked at a post facility in Soho called Resolution supplying technical support across the facility, from Pro Tools suites to the online and offline Avid editors as well as the VFX suites. It involved long shifts, sometimes overnight, but he held on to that role for some time and now recognises it as an invaluable learning experience.

“At that time I still didn’t really know which direction I wanted to go in, I just knew I didn’t want to offline edit,” he said. “They did have a Pandora Pogle system there as a linear grading suite but it was a very complicated setup so I never got to try it out. It was when I finally onlined my first series at Splice that I realised how much I enjoyed the finishing process.”

For Adam, the terrific variety of work coming through the studio is one of the best aspects of working at Splice. In the same week, he might be grading a broadcast documentary, a feature film, a global commercial campaign and a music video.

Each genre requires a different approach, not only from the creative aspects of defining a look but also how to manage the session and the different types of clients. “With short form, you might have up to 15 people in the room, all with their own creative opinions, and you need to conduct that situation. But with long form, it might just be you and the director for days at a time, and you need to build a really tight working relationship,” said Adam. 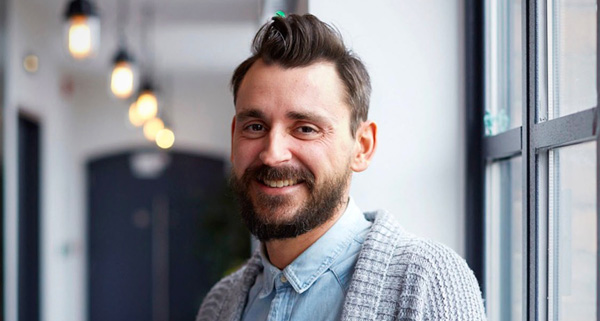 “I love the mix of it. Going from the intensity of broadcast work - where you have to get through over a thousand shots in nine hours - to the luxury of the time available on commercials or features is a dream.”

About his recent award, Adam said that Splice has been working with the production company Ronachan Films frequently over the last few years. He graded their feature documentary ‘Oink!: Life in Eight Chapters’ in 2017. When they brought the UN project to Splice, of course, their team was keen to be involved with such an important story.

The majority of the film had been shot on a Canon C300 but the video gave Adam a limited range to work with as it was recorded in Rec709 with whatever light was available, often in challenging situations. “Generally, this meant that the footage was very saturated, very bright with harsh blacks and peaking highlights. I felt that those qualities didn’t sit comfortably with the serious subject matter. I wanted to sculpt the grade around the mood of the story to do it justice.

“On the other hand, in some situations the bright sunlight also created evocative backlit scenes with silhouettes, in which case, embracing those shadows gave a much more beautiful result than trying to force recovery of any detail would have given us. The other cameras used were drones - DJI Osmo and ARRI ALEXA – combined with a fair amount of historical and news archive of varying quality. So, technically, we had some camera matching to do.

“I finished the look with Baselight’s film grain plugin, which I love. It can completely transform the underlying mood of a film or scene without being too obvious by modulating highlights and shadows differently to match real film stock. It can quickly create grittiness or even a certain emotional appeal - adding grain texture to the clipped highlights added a bit more depth and took away that video edge.”

A characteristic of this film is its vibrant skin tones. About his approach, Adam reflected, “The warm vibrant sunlight of Central Africa was beautiful - that certainly helped. But I think with darker skin tones I focus much more on getting the perfect contrast. By softening the darker areas and using the Film Grade to adjust overall temperature, I could add subtle tones to the shadows. I also got some great results by desaturating areas selectively and applying film grain.

'Fighting for a City'

Despite the emotional nature of the content, depicting conflict and violence, the budget only allowed for one working day to grade - 10-hours - which Adam said is fairly typical for broadcast documentaries and means you have to work quickly and efficiently to make the most of the project, its scenery and its story.

One of the night-time sequences, in which news correspondent Ramita Navai accompanies a UN convoy, was particularly problematic. The camera sensor appeared to have struggled in the low light, causing the scene to look extremely saturated, noisy and red. But, noting that the composition of the images and the lighting from the vehicles was in fact beautiful, Adam could see the potential for the whole scene to look quite atmospheric. He used the Baselight grade tools to recover as much information and detail as possible, in order to steer it into a more natural direction.

“This particular scene took me quite some time to finalise. Another priority, because of the sensitive subject matter, was to disguise the contributors and the victims. In those instances I made use of the shadows, clipping and lifting the blacks, which in fact sat well with the overall grade. This approach was also very helpful in hiding the video noise in some of the underexposed images.”

'My Name is Lenny'

Adam’s use of Baselight is largely influenced by his experience in broadcast television, which has accustomed him to getting through a lot of shots in one day. Over time, he has explored techniques and shortcuts to speed up his work without sacrificing the quality of the finish. He now has a customised box of tools that that he can use to work quickly and efficiently in most genres.

“Achieving the look I want within a tight time frame is where Baselight and the Blackboard panel really come into their own,”he said. “Every grade session is essentially a compromise between what you can achieve in the given timeframe and your vision for the finished product but Baselight helps you bridge that gap. You can achieve great results quickly without having to cut corners and compromise your vision.

“I'd say I use a 50/50 mix of functions from Baselight’s VideoGrade and FilmGrade operators as my primary set of tools on most broadcast jobs. For drama or comedy I prefer to use the colour transform pipeline and work in ACES, with the Film Grade and curves more prominent.”

The VideoGrade operator gives colourists the four conventional technical parameters to shape the video signal – lift, gamma, gain and saturation, adjusting the black level with lift and the white level with gain. With lift and gain as endpoints, gamma determines the curvature of the gradation curve between them. VideoGrade can be used to give video a colour tone, and even to convert log-encoded HDR images to an output colour space instead of going through a technical LUT colour space conversion. However a subtle soft-clip transition into over-exposure, and most VFX pre-grading workflows are not usually successful with VideoGrade alone.

In contrast, the FilmGrade operator is a newer set of six grading tools for DI processing based on film lab colour-timing - exposure, contrast and saturation, plus shadows, midtones and highlights. Reaching 100% black or white is less important, and a soft-clip is automatically active because of the film print emulation. A more natural grading concept than VideoGrade, scopes are are also less critical, and visual impressions often guide decisions. FilmGrade is used on any kind of log encoding such as LogC from ARRI, and more modern approaches like ACES are also used in the output path. 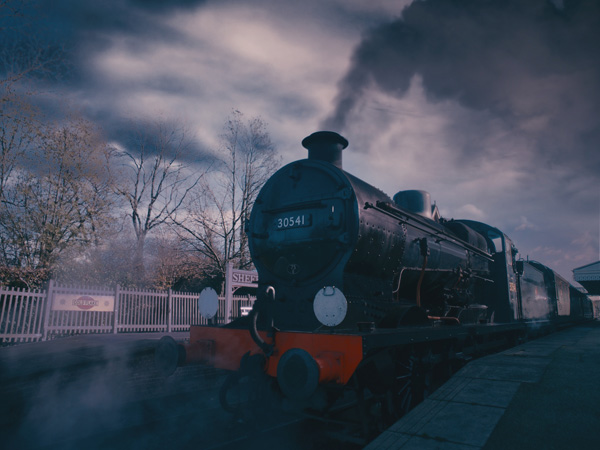 'The Terrible Tale of Henrietta Tate'

Adam said, “Film Grade is a fast way to make multiple adjustments without getting too complicated. You can isolate areas and make secondary corrections without needing to add other tools or shapes, and by simply changing the pivot point you can get even more subtle adjustments in specific areas. Although the Base Grade operator partitions the image into brightness zones, each zone’s region can be fine tuned via a pivot point, the user adjustable starting point of the zone that the user can adjust, defined in stops in reference to medium 18% grey. What might be done over four or five layers can all be done by one operator.

“Also, when matching shots across a scene I'm a huge fan of the snapshot function - and it’s always a hit with clients. It’s like a magnifying glass to double-check your finer details.”    www.filmlight.ltd.uk