Finishing Captain Marvel - from VFX to Colour to Deliverables

Finishing Captain Marvel - from VFX to Colour to Deliverables

Recent superhero movie ‘Captain Marvel’ was finished at Technicolor in Los Angeles, where colourist Doug Delaney led the team. He was a good match for the project, which he describes as “a huge technical, effects-laden film”, because he actually started his career in visual effects before specialising in digital intermediate finishing and has worked on many feature films. Even now, he continues to evolve and polish his own techniques.

Compared to the way he approaches most other feature films, Doug started on this project relatively late in post-production. “From the point of view of a colourist working in the Marvel cinematic universe, you already have an established visual language to start with. The colour of particular items is set – Captain Marvel’s suit needs to be a very specific colour regardless of the environment because colour is intrinsic to such a recognisable brand.”

Furthermore, he notes that for the VFX pipelines are set up about a year before the main post-production. The effects are carefully crafted and included as an integral part of the film’s look development. Because they are so pervasive, look development inevitably has to originate from the VFX as much as the live action photography.

“General looks have already been approved by the directors and the VFX supervisor prior to the finish stage, and because you have vendors literally all over the world working on shows like this simultaneously, look development and the lookup tables are distributed in good time,” Doug said. “That makes Marvel films different to other types of films, where you’re working on look development in the grading suite during the final grade.

“Here, your work is extended to make you a steward of the VFX. Your role in these situations is to ensure that the digital effects come through. You may enhance their consistency from shot to shot, and of course you embellish and add to the sequence. But in general, when the grade gets too heavy handed it can begin to diminish the quality of the effects from a creative point of view.”

Inside the Colour Lab

The fact that the grading suite, in this case Filmlight Baselight, also takes on a portion of the compositing and finishing marks a significant change in the way that VFX movies are made today. “We’re no longer only colourists – we’re finishers,” said Doug, reflecting on his wider role of supervising finisher on this project. “We were using some new tools in Baselight like Base Grade, which allows you to really refine the image in a distinctive way. Base Grade also made a huge difference to how I approached the grade for HDR and EDR (extended dynamic range).”

The dynamic range of Base Grade is not defined by a technical format like Rec.709 or log coding because Filmlight doesn’t use video signals or film stock as a foundation. Instead, it uses algorithms modelled on human visual perception. Base Grade also works the same way in every colour space, and always feels the same for the colourist for any camera a production uses. ‘Captain Marvel’ was shot variously with the ARRI Alexa 65, Panavision Millennium DXL and RED Weapon.

Using Base Grade requires precise colour set-up in the scene settings and correctly tagged footage, but Baselight usually does this automatically. Base Grade then converts the image into a linear colour space where the original brightness ratios of the scene are restored, similar to linear compositing.

Internally, Base Grade uses a lab-based colour model made up of a luminance component and two colour components. It gives colour and saturation changes the same visual effect in all regions of the colour space and makes grading feel more visual and natural for colourists. Four parameters affect the whole image – Flare, Balance Contrast and Saturation.

Flare defines the zero point, or darkest point of the image. A correctly set Flare value is critical for Base Grade to function – without it, the real brightness ratios from the set can’t be restored. Balance adjusts the exposure and the colour balance of the entire image. Contrast adjusts the image’s global contrast, and Saturation refers to the colour intensity of the image, as usual.

Developing sequences by easing the transition between effects has become an important task on movies like ‘Captain Marvel’. Consequently Doug decided to use some of the relighting tools in Baselight to guide and tweak the effects, and help the story flow. “You may have a sequence that works really well, but you choose to add some interactive light because many of the shots, largely composed of visual effects, are likely to need a little help to join together from cut to cut and create a continuous flow of action.”

Looking after this kind of work makes the lead colourist not only responsible for the whole look of the finished movie, but also for the management of a team of experts to ensure that everyone is cohesively working towards the same goal. On this project, the categories and notes system, such as colour-coded timeline marks with notes, among Baselight’s timeline tools was used to communicate specific needs, create task lists and keep track of progress.

Doug and VFX supervisor Chris Townsend were the primary decision-makers for the way the movie looked. But as supervising finisher, Doug had to rely on the rest of the team working with him. 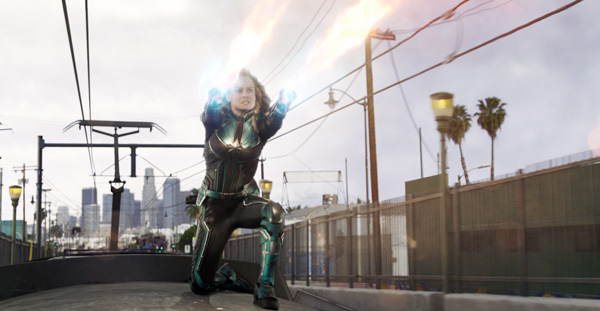 “Chris and I graded the film up to the point when we would present the result to the filmmakers and to the Marvel creative team,” Doug said. “Jeff Pantaleo, our second colourist, helped me on the 2D version. Then a few other specialists helped me with tracking, rotoscoping and all the technical in-between work as well as the home video versions.”  These specialists were Gray Marshall for VFX, Dave Franks for stereo compositing, and two other colourists Travis Flynn.and Jason Fabbro.

The team also helped create the multiple deliverables, which are an inevitable part of finishing a blockbuster. “Before you’ve finished the 2D version you will already have started the stereo 3D version, and some of the guys would shift over to that. Then before we finished the stereo version we’d start the EDR, the laser projection, HDR, IMAX version and so on. We had probably ten or more versions of each film. The more versions, the more complicated it gets, so you really need a team of people to manage it all.”

Baselight was especially useful to help to manage looks consistently across versions. The software stores look and grading data in its BLG, Baselight Linked Grade, a multi-track OpenEXR file format used to create, transfer and review looks across a project. It includes all grade information including colour profile, conform metadata and keyframes. 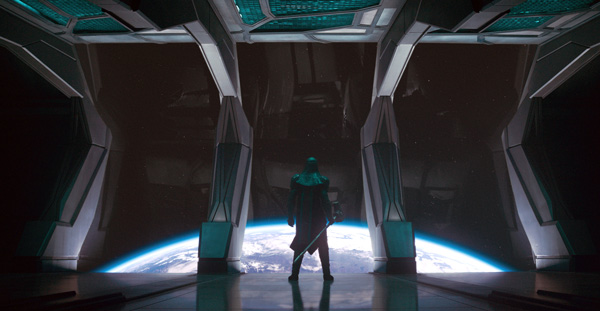 Baselight’s functionality as a finishing tool meant that ‘Captain Marvel’ could be conformed in Baselight as well as graded. “That’s a very effective way to manage it, because you can propagate all the information between versions, whether it relates to colour, matte work or the VFX versions,” he said.  “We would finish the 2D and then generate the stereo version. If we needed to adjust something, we would deliver that colour back into the 2D version and propagate it throughout the project. Without Baselight, that could become very complicated.”

Doug noted that Marvel continuously refines its productions and keeps looking for the best result, an approach that also applies to editorial. He said, “They make little changes up to the very last minute, so having the flexibility of doing everything with the native content makes achieving these last-minute changes much easier.”

Considering the film’s more challenging sequences, Doug described a scene taking place at dusk that had to be shot over several days, although the golden hour light is never quite the same from day to day. 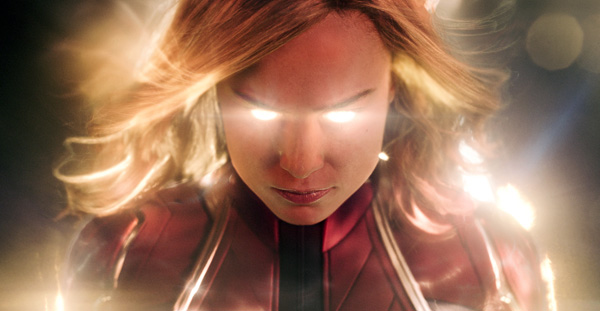 “It’s an emotionally powerful scene that unfolds as the sun goes down in Louisiana,” Doug said. “Because of the inconsistencies in the material, we needed a lot of grading techniques to get it all looking even, preserving the emotional heart without distractions. It’s a very common situation for colourists to deal with, but it could impact the film as much as a giant VFX scene.”

Another example was a space battle near the end of the film. “The VFX are extensive and beautifully crafted,” he said. “But in between were some over-the-shoulder shots where we added a lot of grading and interactive lighting - in a way, finishing the visual effects work in Baselight. By adding lighting to the reverse angle shots to reflect the effects created in the primary shot, we could help sell the idea from cut to cut.”

For post production teams today, a grading system like Baselight is about more than colour alone. Grading software developers can gain some advantages from understanding their users’ commercial and creative pressures, as well as the colour science behind the craft of post. Therefore FilmLight monitors the practical implementation of their tools in a working and creative environment in order to evolve the colour science and tools of Baselight to meet the changing needs and demands of colourists and finishing artists.    www.filmlight.ltd.uk