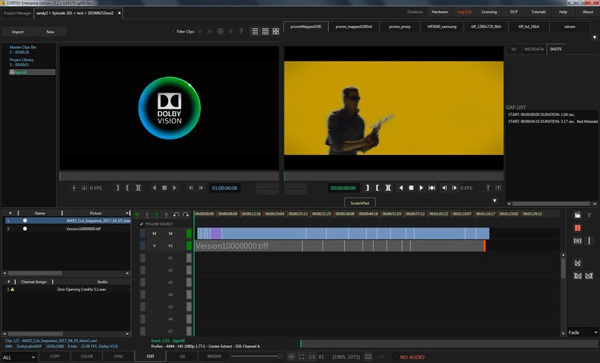 MTI Film has just been awarded a US Patent for its Graphical Editing Solution for HDR Metadata. The software tool is a simple way to ensure that HDR metadata is properly aligned with associated HDR video. It saves time and eliminates errors in preparing feature film and television content for delivery in formats including Dolby Vision HDR. MTI Film is the developer of the CORTEX set-to-screen workflow software applications.

MTI Film’s Graphical Editing Solution for HDR Metadata is designed for use within CORTEX after the colour correction phase in post-production. When films and television shows are colour corrected, it is common, and often useful, for picture data and colour metadata to be separated. However, the two must be brought back together and lined up perfectly when the content is assembled in its final format, such as a Dolby Vision HDR IMF package for delivery to Netflix.

As frame-by-frame tone-mapping of colour is defined in the metadata, any timing or level issues will appear as colour errors or flashes in the subsequently tone-mapped versions of the images. Such problems can be challenging and time consuming to correct and must be resolved before final delivery.

The graphical editing system in CORTEX solves this problem by presenting complex Dolby Vision metadata as a simple, colourfully-populated timeline track. An operator can manipulate the timing, duration and placement of the timeline track through familiar drag-and-drop editing. The operator can trim and edit the HDR colour metadata track, and verify cuts and synchronisation visually with the video track. The fidelity of metadata values and their frame-accurate placement with respect to video are easily verified by colour-coded timeline marks and real-time numerical displays. Discrepancies are automatically flagged and listed for the user to help resolve them more easily. 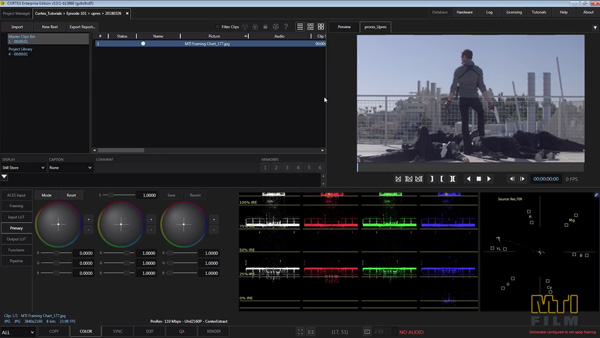 MTI Film makes this metadata editing capability available with their CORTEX software, which also includes many tools for the post-production industry such as dailies, transcoding, conforming, IMF and DCP packaging and rendering, dead pixel detection and correction, quality assurance and the MTI-Samsung high-quality up-res function.  www.mtifilm.com