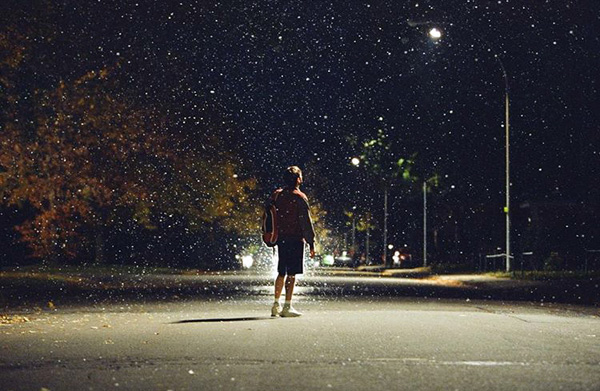 Jérôme Cloutier is a Canadian colourist working at MELS production, post and distribution facility in Montréal. He started his career as a Flame artist working in advertising before moving to colour grading at an advertising post house in Montréal. Jérôme worked on his first feature film grade in 2012 and has since worked on a range of feature films and television episodics at MELS.

Jérôme has always been curious about pictures, painters and photography. He had a black-and-white dark room in his parent’s basement where he experimented with photo retouching, particularly with Photoshop. Later he studied post-production and got a job as a junior Flame artist working in advertising.

“We take it for granted, but all that digital clean-up is crazy hard work - and often invisible,” he said. “When I came in contact with colour grading, like most people, I was fascinated with how much impact it had on the mood, the texture, the structure. I was amazed by how you could completely transform an image in mere seconds. I like to say that colouring is minimal effort for maximum results - in five minutes the impact you can have on a project is enormous.” 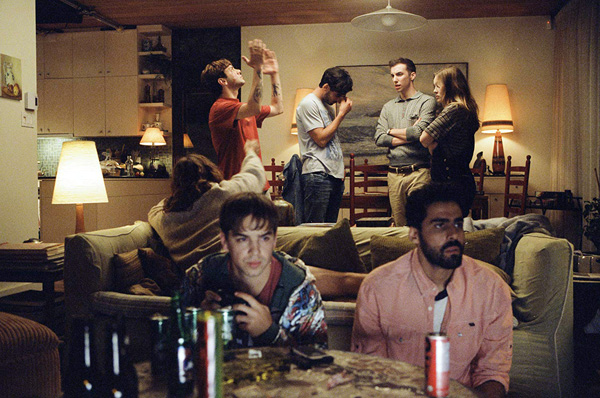 Gradually leaving compositing behind for colour grading, he started a tiny colour department of one person – just himself – at an advertising post house in Montreal. “Up until then, the studio had only done editorial and VFX because handling film stock was too expensive. The shift to digital created an opportunity for us, and I gradually developed a relationship with directors and DPs, mainly in advertising at first.”

Two of these, DP André Turpin and director Emanuel Hoss-Desmarais, with whom he had collaborated on many commercials, offered him his first opportunity on a feature, a project shot on film called ‘Whitewash’. “That was also the first project I completed on Baselight. It’s a winter’s tale about a guy running from his conscience. André shot 2-perf 35mm. The film was beautiful, perfectly shot, which made it easy for me – the perfect project to start on Baselight. To this day, I owe André so much. He’s been very important in my career.” 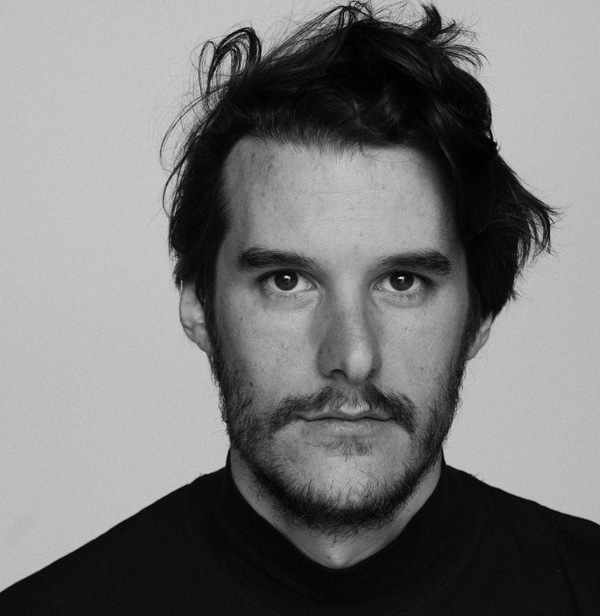 Jérôme believes the role of the colourist is to make sure the integrity and handling of an image is maintained and optimised. The digital era has raised so many questions about what a colourist does, and about image handling in general. He said, “The role has been refined over the years, and better, newer ways to do my job are always emerging.  Also, ironically, I do an increasing amount of minor compositing again, to help refine shots and save some VFX time on productions.”

Due to the cold, dark winters, film and TV production is cyclical in Montréal - shooting when it’s warm, post-production when it’s cold. Jérôme finished his last feature for the (northern) winter-spring cycle in early June and for now will focus more on commercials.

He said, “A number of projects are in production right now, so I have also been doing a lot of prep work with the crews, setting up looks and LUTs for the set, and doing test grades with the material to make sure everything is on track. I like to stay nearby when they shoot. The final grade is more accurate and straight-forward that way.” 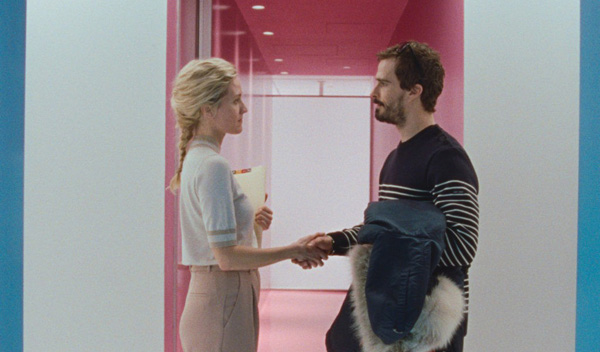 Jérôme has worked on the last four movies from Canadian filmmaker Xavier Dolan - a director, actor and sreenwriter - including ‘Matthias and Maxime’ that was in competition at Cannes 2019. “His talent is visible in the colour room. He has a great eye and knows exactly where he’s going, what he likes or dislikes. I like working with him because he makes me much better as a colourist.

“We approach the grade from a scene point of view, not from a shot point of view. It’s never about making a single shot perfect, but rather finding the fitting tone for a scene. I think he makes decisions based on what he feels will work for a particular scene or story, rather that what it means within any specific doctrine. So his indications and my suggestions are often very broad which, in my view, leads to a picture with a strong personality, without looking overcooked.”

Jérôme does not normally think about working with Baselight in terms of single tools, but instead about the overall design of the system - the tools, the timeline, the colour management, the Blackboard panel, the Cutview and so on. “When I grade, I’m super focused on the thoughts or requests of the director or the DP. I want them to fully accomplish their vision through my work,” he said. 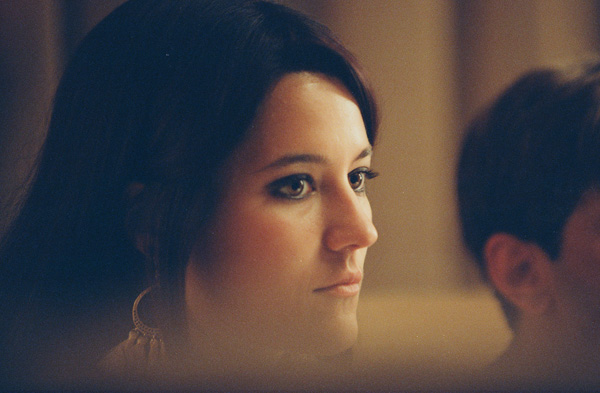 “For me, Baselight is essential in achieving that. Sometimes the correction is done by the time they finish articulating the problem, but on the other hand, the process can be stressful. You get to the end of the day and it feels like a week went by. But no matter how much correction I add or how many changes we make, the Baselight holds up. A solid, reliable system always helps me get through the stressful days.”

The Baselight timeline has a lot of functionality and is flexible. It can be edited with group, copy, move, trim and delete functions, and then sorted with customised options. For example, you can add your own colour-coded timeline marks with notes to help navigation and communication. The Cutview speeds up navigation as well by showing all shots in a scene, giving previews and allowing drag-and-drop grading. You could also sort the timeline by tape name, timecode or filename.

Alternatively, the colourist can create reference Galleries containing image sequences and complete, graded stacks for each user and/or job, and then drag-and-drop grades from the Gallery. Notes can be added to organise projects. You can also paste elements from a graded stack into the current timeline using automatic, contextual selection, and use automatic caching to play back complex grades in real-time.

For operations, strip categories may be defined to view, bypass or render strips of a certain type, and to set up a CMX3600 EDL-style view of the sequence strips contributing to a scene. Among various shot viewing modes, the Multiple display mode gives a synchronised comparison of up to nine clips on a single monitor, and you can access thumbnails of shot output and mattes in the layer view. 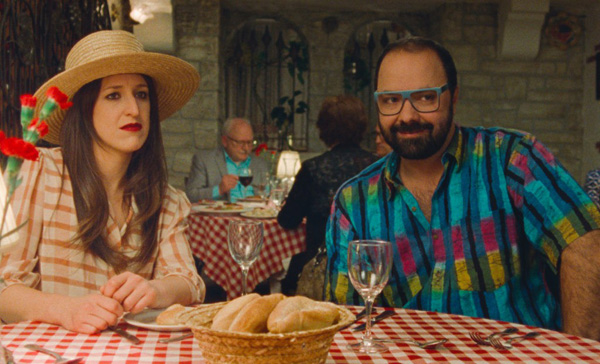 Aside from ‘Matthias and Maxime’, Jérôme worked on another film this year in competition at Cannes called ‘A Brother’s Love’ that he especially admired. It was the director Monia Chokri’s first feature, about a cynical woman trying to grow up despite a lack of any sense of responsibility, and despite her emotional and financial dependence on her brother. He said. “All of the elements – art direction, costume, music – everything has such a strong personality.

"The DP Josée Deshaies shot the film in 16mm, mostly in winter. She knows exactly what she is doing, and her work is so precise. The palette goes from blue to pink and is quite rich and saturated, but we didn’t want the 16mm to feel rough. I think it’s still soft and creamy, at least most of the time. The shadows are not too dense. 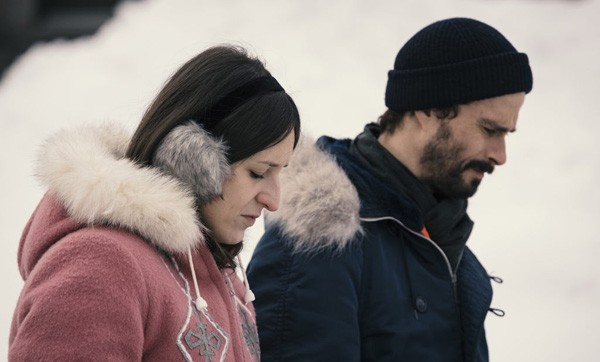 "I like the warm and natural skin tone we went for. The Baselight Colour Cross Talk tool is usually used to correct problems when the signals from certain pixels affect those of adjacent pixels, but I used the Cross Talk layers to shift the hues of some colours – the pink, the green, the cyan. I wanted to recall the palette of Douglas Sirk’s 1950s Hollywood melodramas.   www.filmlight.ltd.uk