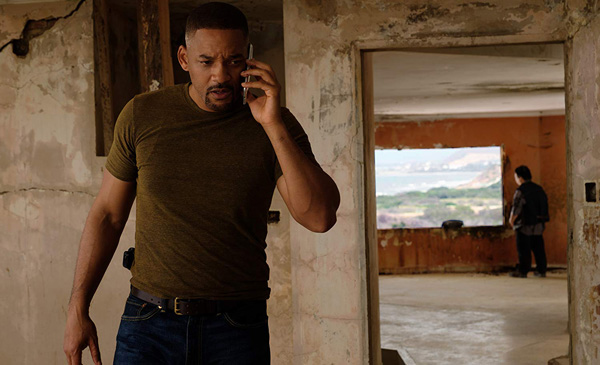 'Gemini Man' was shot and finished natively in 3D stereo at 120 fps using specially modified ARRI Alexa SXT-M cameras capturing 3.2K video. These specifications resulted in a huge amount of data to be managed, graded and rendered – and a tremendous challenge for post. Technical supervisor on the project was Ben Gervais and Marcy Robinson worked as colourist.

‘Gemini Man’ is the story of a hitman pursued by a rival that turns out to be his son. Both roles are played by the same actor, Will Smith. Because the director Ang Lee wanted to build a youthful, photoreal CG version of the main character to play the son using Will Smith’s voice, instead of hiring a young actor, visual effects and compositing were another critical element of the project from production to post. 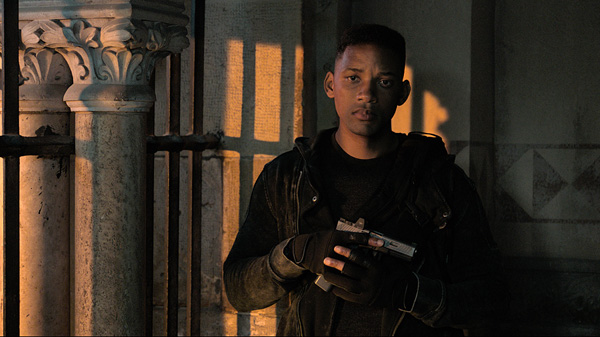 For this film, the director worked with the same post production team that had helped him finish his first high frame rate 3D movie in 2016, ‘Billy Lynn’s Long Halftime Walk’, shot and delivered at 120 fps. Both projects were graded on the FilmLight Baselight X grading system. The dailies for ‘Gemini Man’ were completed on Baselight as well and, because of the greater level of VFX required, the team used Baselight for NUKE plugins in order to bring the grading tools directly into the VFX pipeline.

4K high dynamic range data, at five times the normal frame rate and doubled for stereo, amounted to a lot of data. “If you shoot two hours in the day, you have the equivalent of 20 hours of footage,” Ben Gervais said. “It became obvious very early on that I had to work outside a typical media storage system.

“We worked with a company called Penguin Computing who specialise in super-computing, normally in industries like genome research. They provided us with a custom clustered storage system, connected over 100 gigabit ethernet. It had 3 PB of spinning disks and 300 TB of SSD storage hardware.” 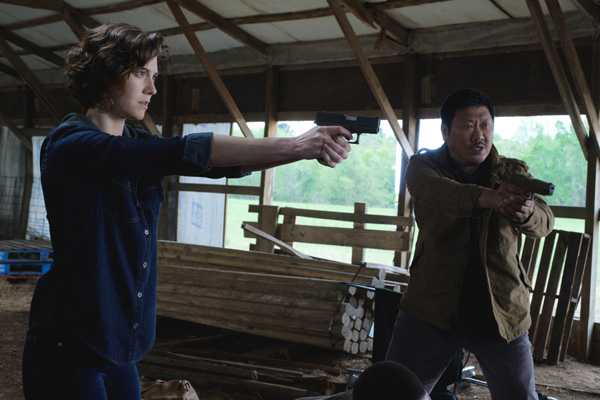 Due to the enormous data throughput, the team decided early on to handle ingest on site, taking the storage system, Baselight X grading system and the rest of the location kit, to the various shooting locations including the principle sets in Savannah, Georgia and Budapest, Hungary. Baselight X is FilmLight’s high performance turnkey grading system built to handle 4K 3D video with real time playback and processing.

The location kit also included 120 frame 4K 3D projectors so that dailies review sessions could be run directly from the Baselight X system, allowing colour adjustments to be made promptly and captured for the finish. Having this gear with them on location had several other advantages, such as allowing them to create a graded mezzanine format output for editorial, and to use it for production preview screenings.

“For the first preview, I went through the material with Derek Schweickart, the DI supervisor, and did a smoothing pass myself to remove noise,” said Ben. “After the second preview, we managed to steal Dion Beebe, DoP for the movie, for a week with colourist Marcy Robinson, and we started setting looks at that point.” 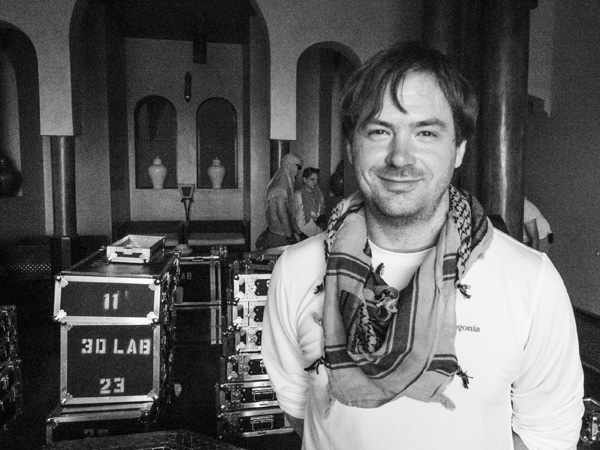 Beyond the technical challenges of Ang Lee’s demanding format, the demands of the story and production caused by having Will Smith play two versions of himself, both vastly different in age, resulted in over 1,000 VFX shots in the movie.

The ‘Junior shots’ were created by Weta Digital in Wellington, New Zealand. The work involved exchanging full resolution backgrounds and effects plates between New Zealand and North America, halfway around the world. With constant iterative reviews for key VFX shots, the team needed to move terabytes of data per day in each direction.

Other VFX shots were handled by an in-house team, with access to the same shared storage and render farm. They used Baselight for NUKE plugins to give them the full, complex grades to work with directly in NUKE, which also helped to create previews and editorial temp files. By seeing the full grade in context, compositors and finishing artists could spend time optimising the important factors for a shot and ignore those elements that the final grade would make unnecessary. This workflow is based on the Baselight Linked Grade (BLG), a small, portable data file used to exchange looks through Baselight. 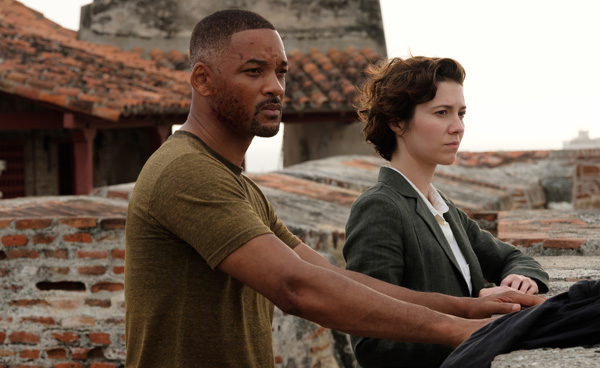 With principal photography complete, the post team moved into Final Frame, a facility in New York where they equipped a screening room with the high-speed projectors, and linked up the storage network and Baselight X. “We spent the first six weeks of DI just doing the hero grade, that is, the master – the 120 frame, 4K, 3D version of the film,” Ben said.

Colourist Marcy Robinson and the grading team completed eight different colour grades in total. These included the 3D master at 28 foot-lamberts and also 14, 7 and 3 foot-lambert 3D versions. Two Dolby Vision versions – 2D and 3D – were required, plus a regular 2D and two different trims for SDR viewing for home theatre. 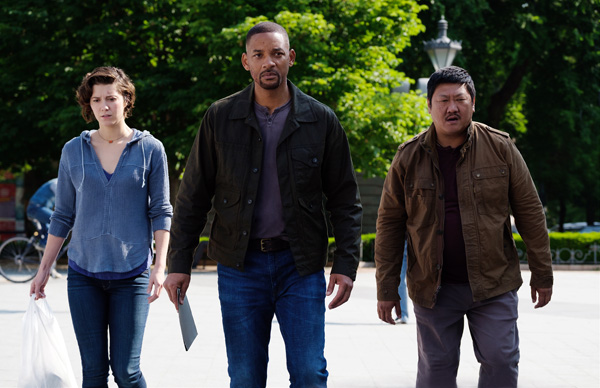 “We were using the Baselight to switch between colour spaces, as well as different projector brightness,” she said. “There were also frame rate conversions from 120 to 60 to 24 with each grade. So we actually had something like 27 versions of the movie.” Ben Gervais estimates that each of the trim grades took two to five days, giving a total post time of 12 weeks.

Marcy’s experience of the grading sessions with the production included watching the whole movie together. “Ang would give feedback and then I would go back to work. When Dion was there we would all work together quite a lot and Dion and I on our own as well.”

“Much of my work was devoted to continuity, and making sure each location had the very specific look that Ang had in mind,” she said. “We would usually go with the feeling that each location provided, one being sunny and colourful for instance, and another more bleached.” She also commented that this work was not about compensating what was shot, even if it might have benefited from that – for Ang it was about feelings and subtlety. 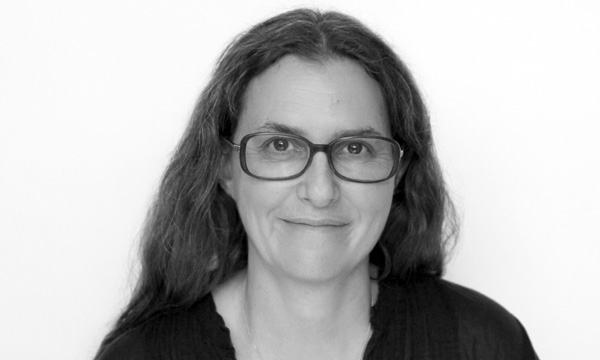 Critics have remarked particularly on the day-for-night scenes in ‘Gemini Man’. “Most day for night shots had VFX work, but the shooting still needed to be very well planned and thought out,” said Marcy. “In the grade there were always questions about realism vs aesthetic and also about what had traditionally been done with night scenes, as opposed to making them prettier, more detailed and real.”

At the end of the grade, the kit was packed up again and the Baselight X was installed in the Dolby 88 screening room in uptown Manhattan, saving considerable time compared to moving all the equipment to LA.

Since ‘Billy Lynn’s Long Halftime Walk’ three years earlier, the core Baselight software has been largely changed with the release of version 5. Its new functionality includes the essential Base Grade and many new tools like the Flare control in the Base Grade and the Tracker functionality, which Marcy Robinson is strongly in favour of. 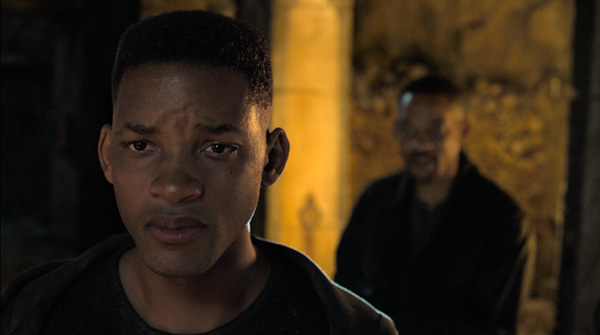 “The new tools and functions helped us on the DI and on the delivery especially,” Ben Gervais said. “The flexibility was very important, for instance, and it helped us get from the 120 fps version to the 60, to the 24, pretty easily. The first time we worked in this format was daunting because none of it had been done before. Now we can sit there and say ‘we are doing in two days what would have taken us four’. That’s very rewarding.”

Ben also appreciates the ability to create unique colour spaces relatively simply. To match the latest Christie projectors the team used for post and for commercial screenings, he could write his own colour space to create a perfect match. All together, he felt that now he was focusing much less on technical challenges along the way, and more on realising the artistic vision determined at the start. “We worked together to get everything exactly the way we wanted it,” he said, “so we could really concentrate on Ang’s new aesthetic of digital cinema.” Where the director takes his aesthetic now will be another challenge.  www.filmlight.ltd.uk