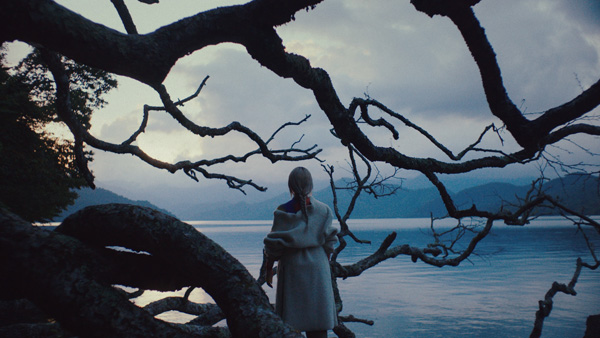 Julien von Schultzendorff is a colourist at nhb studios in Germany, which operates from grading facilities in Hamburg, Berlin, Düsseldorf and Munich. Julien has now been with nhb for five years and gained recognition in the colour grading scene in Germany. Most of the projects he works on are commercials for clients like Mercedes, BMW, Volkswagen, Rimowa and Lufthansa, but his long-term goal is to work on feature films.

His father is a cinematographer, Wedigo von Schultzendorff, and when he was growing up, Julien often visited the sets while his father was working. He said, “I was used to being surrounded by cameras and film equipment, and hanging out with the crew. At that time it seemed clear to me that I would become a cinematographer as well, but then around the age of 18 I discovered colour grading and it hit me right away – I knew this was what I wanted to do. 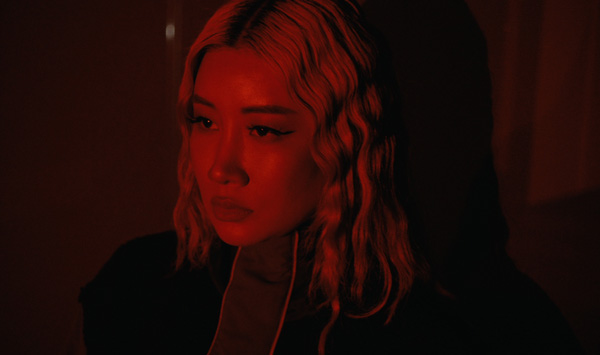 “My mother is a photographer and I think the biggest gift she and my father gave me is awareness of visual appeal and the beauty of pictures - and of course, a chance to learn the technical side of making a film. That knowledge helps a lot when you are sitting at the control panel in a grading suite. By showing me movies, photography and the old and new masters of painting – such as Caravaggio, Goya, Vermeer, Munch and Hockney – my parents also gave me an early introduction to the world of light, colour and dramatic use of shadows.”

Once he had finished school, Julien started an apprenticeship in media design at the post-production house Screencraft in Munich in 2011. One of his first and most memorable experiences there was watching their senior colourist Philippe Schmid grade a feature film with the cinematographer Vittorio Storaro. 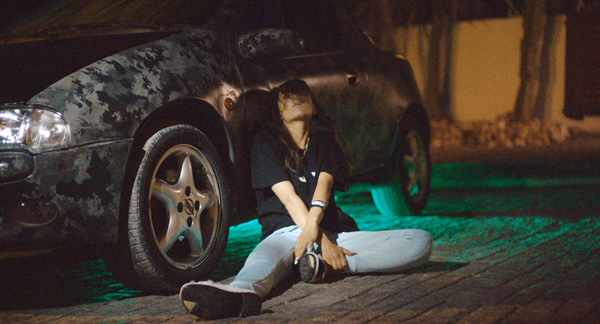 “That’s when I got to see all the possibilities a colourist has to bring creative visions to life. From there, I did everything possible to become Phil’s assistant, and when I finally reached that goal, I was sitting at the Baselight system literally day and night, working during the day and practising at night. In the mornings Phil would come back to review what I had achieved and teach me new things,” Julien said.

“For about three years this was basically my life. I loved it, and I’m immensely grateful for his patience and passion for colour grading. Probably the second most memorable moment in my early career, also on Baselight, was at nhb Hamburg grading my very first job all by myself – an Opel Astra campaign in 2016.” 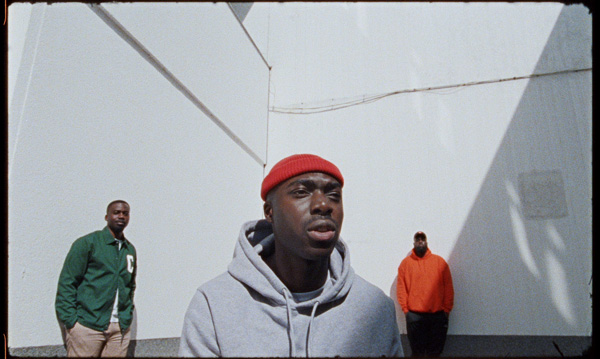 He talked about the fact that younger colourists face certain challenges. “Sometimes people assume that you can’t be any good just because you are young,” said Julien. “Some clients will come to the grading session with low expectations when they enter my grading suite. But as soon as we get started and spend time together, you can see the distrust disappear as they realise I know what I’m doing.

“I’ve always enjoyed the moment when it turns around and you can see they are blown away by your work. I may not have 20 years of grading experience behind me, but I make up for it by having an original, progressive approach, by being up to date on new techniques and receptive to new ideas.” 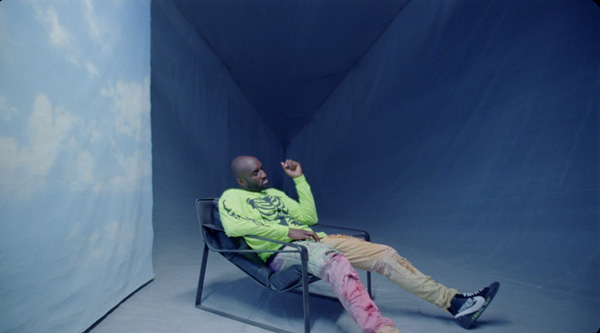 His advice to aspiring colourists is first to make very sure that it’s what you want to do. “The competition is hard and the working hours can be crazy. Find a way into a post house that has a well-equipped Baselight suite with a great colourist. Start as an assistant or start an internship. Learn as much as you can, and if they need to work all night, stay until they leave, too. The hardest hours at the job can be the ones when you learn the most crucial lessons,” he said.

As well as his teacher Phil Schmid at Screencraft, many people have inspired Julien along the way, if only with a little side note or with their love for the job.

“Maxine Gervais has also been inspirational for me. We met at the Baselight Colour Days in Amsterdam and discussed Baselight techniques. We stayed in contact over email and she would always answer all of my questions about her way of working, like the way she uses colour spaces and Base Grade, and how she sets up her operators. She is a very open person and likes to share her knowledge, which I admire.” 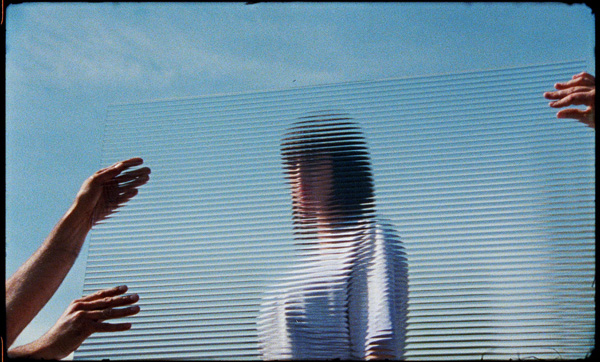 Most of the time Julien works on commercials, and sometimes music videos or small feature films. Until now Julien has been at nhb studios’ Hamburg location but at the start of 2020 he will be working in Berlin, where nhb is currently building a new Baselight suite, to work alongside their senior colourist Pana Argueta. On commercial projects, because he is responsible for the colour pipelines and interested in workflows, he starts in the early stages in post when the VFX team does the preparation for the project in-house.

Where Colour and VFX Meet

Julien said, “One recent project of this kind was for the BMW X Range, and involved James Bamford as the main colourist who started the grade with the director, and I continued with the agency. It is a huge project with over 500 VFX shots and many different versions, as well as material for other areas like launch films and social media alongside the commercials. 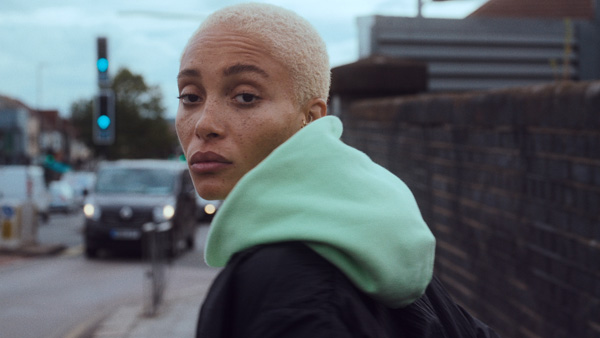 “As a result, a classic commercial workflow was not possible here. Furthermore, the grade was changed several times, the edit was not final when the grading began, and so on. We needed to come up with a feature film-like workflow for this project, and relied heavily on FilmLight’s render-free portable format, BLG. This allowed the effects team to composite their work on the RAW footage and then just exchange the grades on top of it, without having to repeatedly cycle the composited versions and new cuts from editorial through the Baselight, and render them out over and over again.

“The production time was only six to eight weeks, which was challenging but it worked really well. We could not have done it without BLGs – otherwise hundreds of night shifts would have been needed. Afte that experience, nhb has now fully integrated the BLG workflow and we use it on every VFX-heavy project.

“It took some time to develop it and get everyone on board, but now it works great and everyone is used to it. I work very closely with the VFX department because I am interested in workflows and pipelines, in particular alongside Nuke and Flame artists. We saw early on the potential of the BLG workflow, using plugins in VFX and also in editorial. Together we did many tests, and got FilmLight’s image engineer Daniele Siragusano – always a great help – on board, and finally completed it and presented it to the company.” 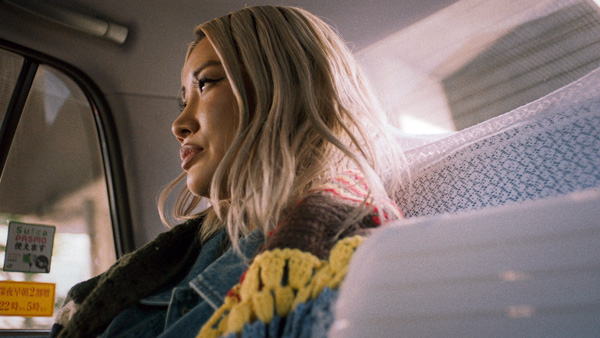 A major opportunity for Julien came in 2018 when the Rimowa luggage company made their Anthem commercial to celebrate 120 years in business with a campaign titled ‘Never Still’. “I was working with the agency Anomaly in Berlin,” he said. “The campaign was made up of short films, each of which had a different colourist and director working on it. The Anthem film brings all the stories together. It has parts of each short film plus some additional material.”

The interesting aspect of it was that the Anthem film consists of footage from many sources – raw film scans that had also been used in the short films, other scans from the same shoots that hadn’t been used yet, some previously graded footage, and some original newly shot footage. So the challenge for Julien was to grade all of this into one consistent movie. Meanwhile the agency had their own colour vision in mind but didn’t want to move too far away from the other films.

“I had to grade on top of the pre-graded footage, making digital footage look like film, and imitate grades from those short films. As a final step there was a final grading session with the agency to get the desired look they wanted. I could accomplish all of this with Baselight, without too much difficulty.”   www.filmlight.ltd.uk