‘The Painted Bird’ Captures Drama of War in Black and White

‘The Painted Bird’ Captures Drama of War in Black and White 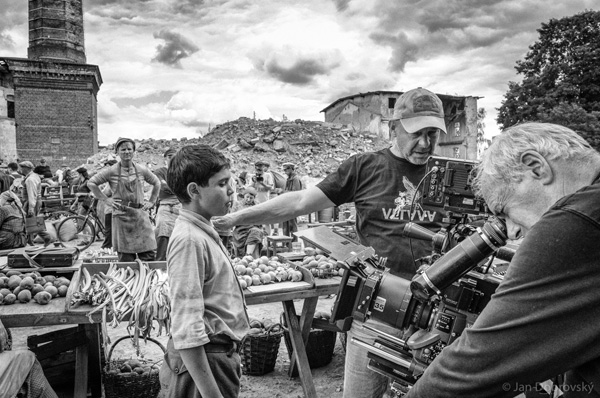 Jerzy Kosiński’s controversial novel ‘The Painted Bird’ follows a young boy left to care for himself during World War II while his parents hide from the Germans. The boy travels across Eastern Europe from village to village where, instead of encountering brave resistance fighters, the boy witnesses violence, depravity and cruelty. As he wanders alone, at times pursued and tortured, he is only rarely sheltered and cared for.

The book was widely banned during the communist era, and is still unavailable in Poland. The movie has earned several awards, including the CAMERIMAGE 2019 Bronze Frog.

When turning this story into a film, Czech producer/director Václav Marhoul met several challenges that led him to take unusual approaches to the project. Because the boy travels through an unidentified Eastern European country, for example, Václav chose to shoot most of it on location in Ukraine, Slovakia and Poland as well as the Czech Republic. The need to build practical sets in the various countries meant that principal photography took over a year. 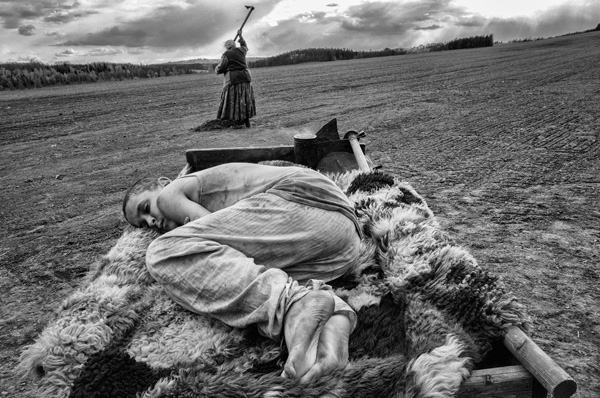 However, the production decision with the most impact on the crew was to shoot ‘The Painted Bird’ on 35mm black and white negative film, especially considering its length, close to three hours. The DP and cameraman Vladimír Smutný said, “For every cinematographer, this is a wonderful gift,” he said. “Although this is my first black and white feature, I grew up with black and white photography.”

The challenge of black and white is the need to create the image using contrast alone. On the other hand, techniques with filters can be used that would not be available in colour. “On ‘The Painted Bird’, I used yellow and red filters for darkening the sky,” Vladimír said, “and a green filter to lighten all of the different shades in the naturally present greenery.

“You don’t have to stick with realistic lighting design. You work with contrast and shapes when rendering the black and white version of a colourful reality. Although I like noir films with deep contrast and strong key light, I try to embrace modern cinematography, too.” 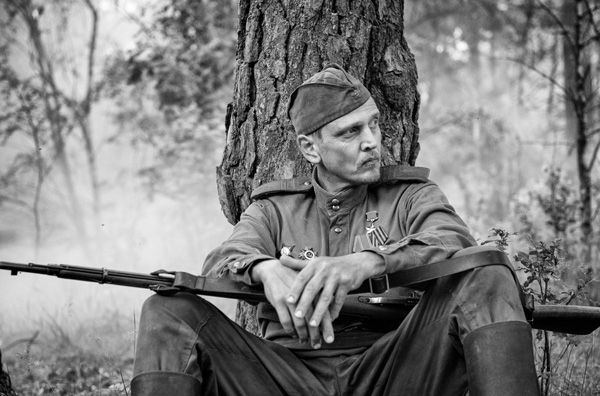 He also chose to shoot much of the film using Hawk anamorphic lenses, generally with a small aperture. “In this film, the composition is a bit special,” he said. “I didn’t concentrate a lot on the edges of the frame. The Hawk has a level of distortion that I like. It’s a special look.”  Anamorphic lenses are a way of interpreting reality in terms of a story instead of recording the real scene, capturing an abstraction through distortion that enhances storytelling, and depth of field that isolates the subject.

At the other end of the production, the Senior Colourist at VFX and post house UPP in Prague, David Koubik, translated all of this information recorded on the film negative into a deliverable movie, working in one of UPP’s four Baselight colour grading suites. Established in 1994, UPP is now one of the biggest, most versatile studios in mainland Europe, and also has a team in Budapest. The company works for moviemakers and clients from around the world.

David first worked with cinematographer Vladimír Smutný a decade ago and their regular collaborations since then meant that they were already in tune with each other for ‘The Painted Bird’. “After working together that long, we’ve developed a shorthand,” David said. “It guarantees a certain continuity, and at the same time a joint discovery of new grading possibilities.” 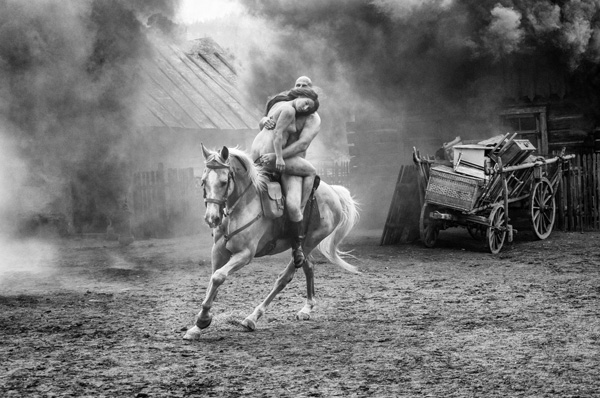 Night for Day, Day for Night

The nature of the production meant that he was involved in it for three years, starting with lens, camera and stock tests. “Initially, positive prints were made of our 35mm test footage, and we projected them to see what the print would feel like. When we found that the test wasn’t working very well for us in terms of tonality – the amount of detail in the darker areas – Vladimír and I had to slightly reconsider our approach.”

Vladimír said, “I shot some night exteriors during the day, especially when I wanted the landscape to be visible. I exposed normally because I needed strong highlights. For these scenes, David and I created a night look in the grading suite. On the other hand, when I wanted to achieve strong blacks, I shot at night. We combined both approaches.” 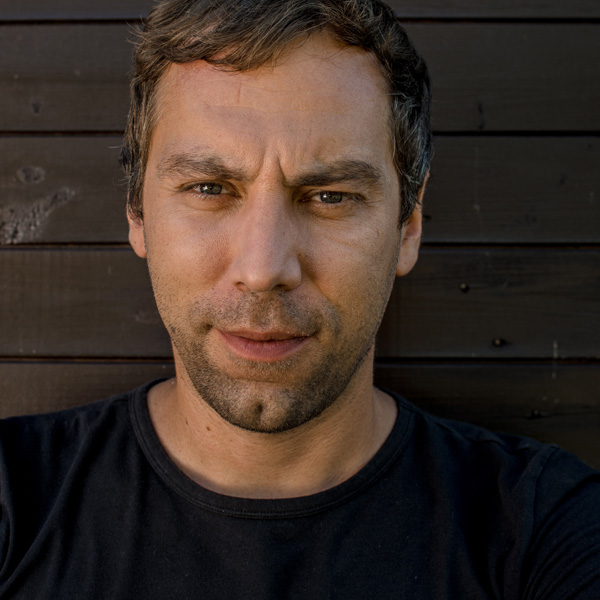 It demanded intensive work in the grading suite, despite the lack of colour. The initial grade took 17 days, and then when the VFX shots were delivered, further screenings and trim sessions were held. In total the grade took 25 days.

“Baselight’s Base Grade makes the work more straightforward, with its natural way of controlling your tonal range, which is critical in black and white,” David said. “We had to deal with exterior scenes where the weather was not good, so the image was quite flat. Moreover, we were certainly limited in adding contrast because of the grain.

Base Grade is not defined by a technical format like colour space, or file formats like Cineon coding that digitally represents scanned film images. Instead it works in the same way in every working colour space, regardless of the camera, automatically carrying out precise colour setup in the scene settings, and correct tagging of the footage. 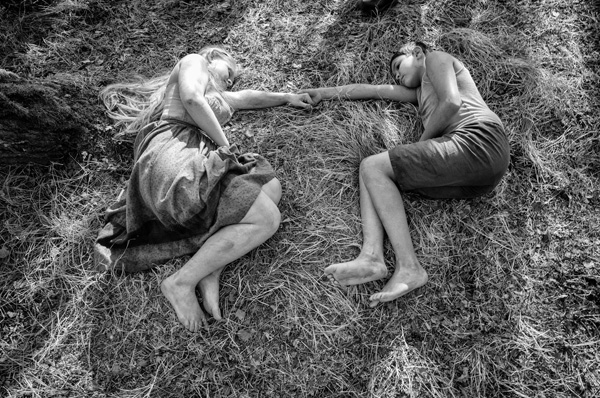 Base Grade converts the image into a linear colour space in which the original brightness ratios of the scene are restored. As a result, the user does not have to make internal colour space conversions because Base Grade can pass the image to the next operator in the defined, working colour space.

“Because of this robust approach to footage and its speed, Baselight is often an ideal tool – and not only on this project which, given the topic and the length of the film, was sometimes demanding for me,” said David. “Nevertheless, I respect Václav for making this film happen and appreciated the chance to work on it.”  www.filmlight.ltd.uk