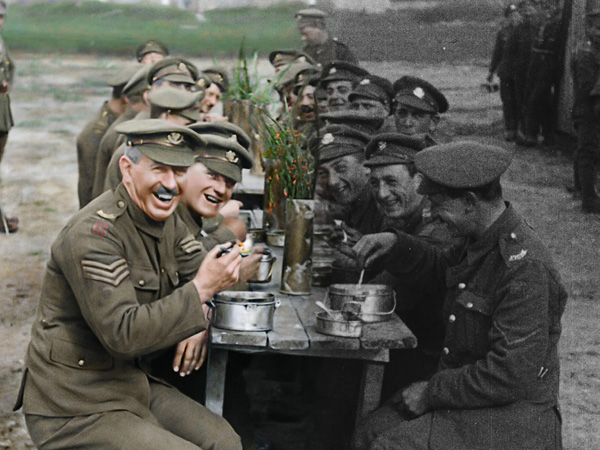 Filmmaker Peter Jackson and his team at Park Road Post Production in Wellington New Zealand worked with hundreds of hours of archival material to produce the documentary film ‘They Shall Not Grow Old’. To achieve the personal, immediately engaging result Peter wanted to pull from the images meant taking the material through several stages, over several years as the team assessed, treated, re-conformed and assembled the media.

The digital restoration and colourisation of the original films was carried out with extreme attention to detail, rendering all elements from skin tones to scenery in hues as close to nature as possible. For showing in theatres, subtle 3D enhancement was also applied. The artists at Park Road carried out most of the work on the SGO Mistika Ultima post-production system, which has tools for editing, VFX, colour grading, text, paint, audio, stereo 3D and finishing.

Generally, the hand-cranked footage needed re-timing. The specific timing treatment would be determined with the director and retimed live, working on the Mistika system. Then, working from reference material supplied alongside the original scans, a dedicated restoration team restored each frame.

Adrian Gonzalez Diaz, Mistika Ultima’s product specialist at SGO, talked with Digital Media World through many of the technical processes that the team had to perform on the footage. While the work had to be accurate and consistent to be credible, ultimately the project was the director’s creative expression – in other words, the artists always had to maintain control over the pictures. 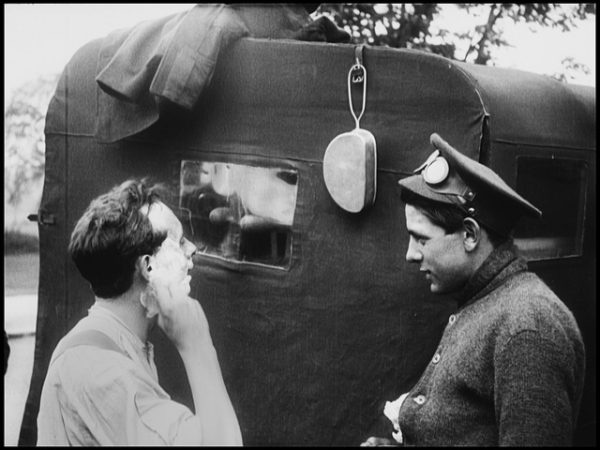 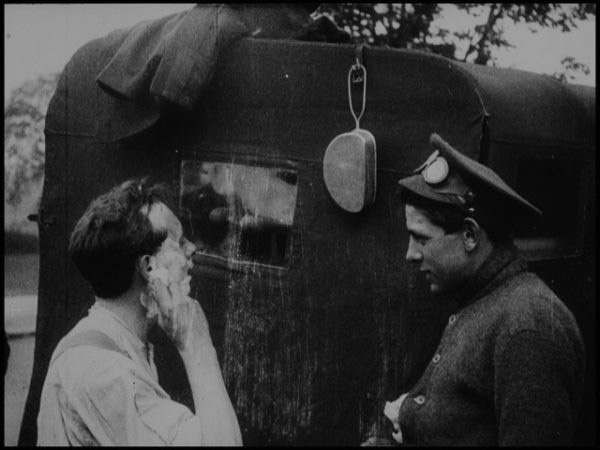 A significant part of the work was management – managing the many hours of footage at different stages of restoration, with differing frame rates, requiring treatments such as speed changes, noise reduction and multiple-layer matte management (see below). To help, online editors Francisco Cubas and Tim Willis used the conform tools in Mistika to present a continuously updated view of the project.

Adrian said, “Mistika supports the standard formats for conforming including XML, AAF and EDL, and allows you to conform multiple timelines in one go within the same environment. From there, you have many different comparison tools that give you a quick, very customised way to adapt editing decisions coming from any software.

“Mistika’s use of RND files and the Match and Paste tool are important for this work. The RNDs are metadata files that Mistika automatically generates when making a render. These files contain all the information of RAW media or original clips, together with all adjustments, including effects, optical flow and any other image processing operations – for this documentary, the restoration process. Therefore, when creating proxies for editing, you can conform back against those metadata files in Mistika and complete the editing not only with RAW/original clips, but also with all the effects and settings applied over them.”

Meanwhile, the user retains the option to change any of the parameters or effects at any time in a non-destructive way. The advantage of these tools is that editors can work in parallel, as the RND metadata files can always be rewritten without having to render them. At the same time, all the information needed for conforming is safely kept, so the conform can always be performed against the last changes. 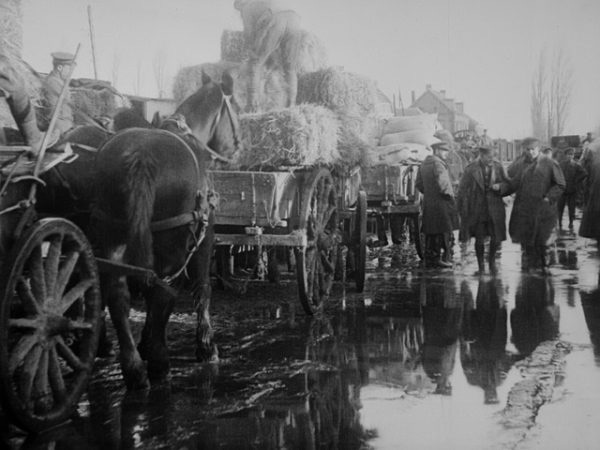 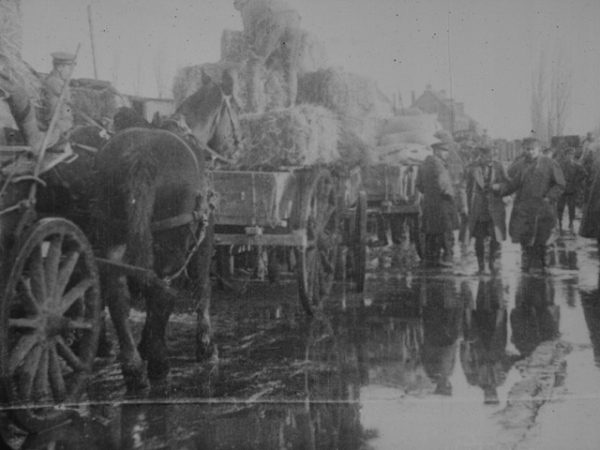 At this point, the Match and Paste functionality allows you to copy and paste full stacks of effects, colour grading and other settings between timelines or edits very simply. It is also used to analyse the metadata of the clip, searching for the target clip in the new edit or timeline and applying all those adjustments and settings automatically. “This makes adapting timelines and conforming super quick and simple, and is an example of Mistika functionality that steps outside a traditional linear post-production workflow and gives the user options to create more effective non-linear workflows,” said Adrian.

Managing multiple timelines in Mistika is possible because of the concept of Timespace, or an infinite canvas, where you can pull footage from a project to work on several deliverables and versions at once. Users can combine any number of different timelines and edits, and also compare entire projects against each other, moving items from one timeline to another without having to open lots of files.  Director of Engineering, Picture, Ian Bidgood said, “This canvas gave us a node-based shot layout and let us manage multiple timelines, while we maintained perfect alignment with the editorial offline media from Editor Jabez Olssen in Peter’s cutting room.”

A practical example would be a full movie project, the main edit, various different trailer cuts and several different versions of a project – all managed and viewed from the same Timespace. This eases the process of moving elements back and forth, and makes adjustments as simple as copy-pasting any settings. Mistika has a further option to propagate changes or adjustments via selected shots, groups, tracks and so on, which makes workflows more efficient.

“Using resolution as a dynamic factor in Mistika is especially interesting,” said Adrian. “It suggests that it can be set or changed at any time, meaning that you can work in low resolution to speed up the process and, when you change it later on, everything will be adapted correctly. As much as any factor, this supports management of different versions with different resolutions.” 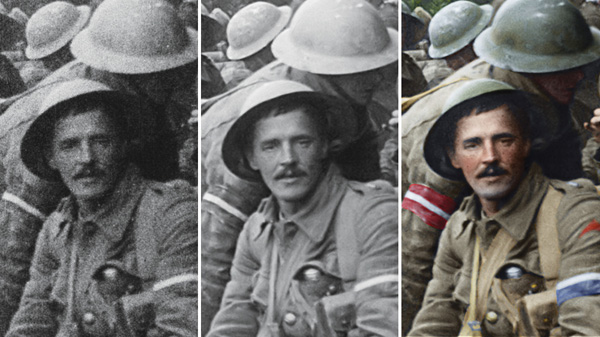 Multilayer Matte Management is a key concept in Mistika. As a finishing system, Mistika has strong compositing capabilities to make the management of files with a large number of layers such as matte, RGB layers and data layers quick and efficient. Mattes can be combined in any way, either within the Timespace or using the Node Tree where one node becomes the input to several other nodes.

For EXR multilayer files, an extractor and Boolean Operation System are included to combine these layers in multiple ways. When working on CGI files in particular, the ability to access object IDs gives users a lot of control by manipulating the depth of the shot, position, direction of the light and so on. The layers may then be used in many ways such as VFX, stereoscopic work and colour grading.

OFX plug-ins were used on some of the material. For this work, and similar tasks requiring extra compute power for processing, they were able to share environments and machines throughout Park Road’s suites via the Mistika. Rendering can be done in the background, for example, maintaining a consistent creative experience for the team and clients, and making the most of whatever time was available in the hero suites. The system fits into collaborative environments with other applications, without having to transcode or ingest footage, and could directly access Park Road’s existing SAN and network infrastructure without much extra administration.

Multiple operators worked in parallel, working alongside Stereo D in Los Angeles as well. Base-graded, restored black and white frames, alongside colourised reference material for each clip, were sent from Park Road to Stereo D as soon as they were available so that the Stereo D team could start rotoscoping and colourising the content as work continued back in New Zealand.

As the online editors Francisco and Tim updated the conform live against Stereo D’s EXR returns, the colourists at Park Road could make use of the deep multilayer and matte support in the Mistika. “We often took the opportunity to creatively relight a scene with Peter, finessing the shot in that final grade to achieve exactly what was needed,” said colourist Jon Newell. 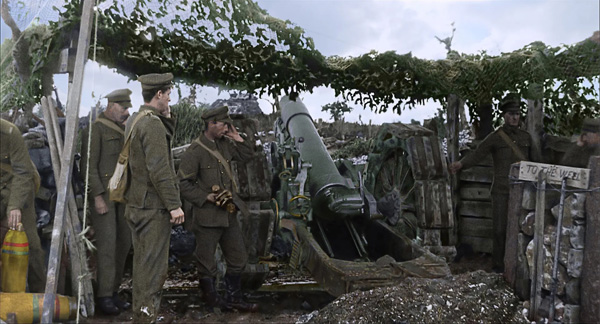 Making these live updates goes back to the RND files and the Match and Paste function, and relate to the fact that Mistika files are totally open, which makes scripting very simple. “Many companies using Mistika develop scripts and databases to update timelines, shots or even build new timelines and edit cuts for grading, general finishing or reviewing,” Adrian said. “But even if you are just using Mistika’s existing tools, Match and Paste and the RNDs are quite capable of doing this work live, with just a couple of clicks. As long as the basic metadata is the same for those shots, updating those clips is really simple.”

Lead Colourist on the project Matthew Wear said, “Mistika was not only used as a post-production tool for this project. It was used as the base system from the beginning. The platform gave me tools for colour compositing as well, letting us bring information all the way through the stack from the original scan pixel-by-pixel if necessary to enhance the colourised returns.

“We needed to find that final reality and emotional connection people would expect of content showing real experiences in the lives of real people. Taking those steps meant the final images we sent to Stereo D for dimensionalisation expressed the film’s narrative in the way the director intended.”

But again, achieving those results required keeping lots of controls available to the artists working towards the end of the project. Adrian said that, depending on the shot composition, there are at least three nodes in Mistika for adjusting shots at this stage. “Framing controls the scale, position and rotation, Comp 3D combines all the layers – similar to a Merge but with more tools for fine-tuning – and Color Grade controls the look of the shots both in a technical and an artistic way,” he said. 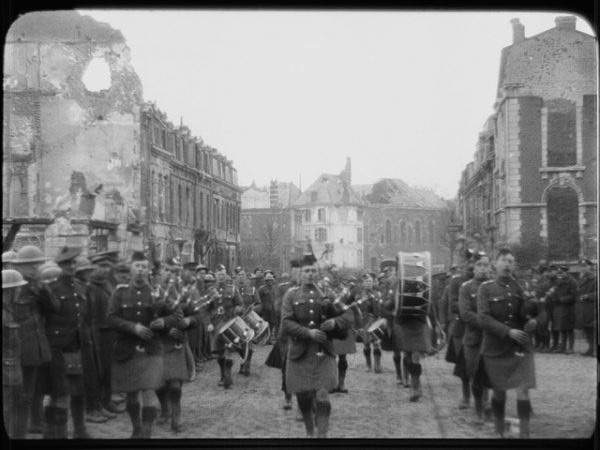 “After that it depends on the composition. You may need to use a Denoise, or a Channels effect to apply complex Boolean operations, Sharpen or Optical Motion Blur – the possibilities are huge. Having support for OFX plugins in Mistika as well, such as Boris FX Mocha, mean the options are even greater.” OFX is an open standards software interface between a host and plug-ins for visual effects, editing, compositing and finishing – now widely used for VFX and video processing and supported by many different hosts.

“None of the adjustments are lost in the S3D conversion unless the operator decides not to include them as an artistic decision. Mistika’s handling of Stereo 3D projects allows any effects – either the system’s internal effects or the plugins - to produce perfectly fine results in 3D, without requiring special adjustment from the user. The moment Stereo 3D mode is enabled, they automatically work as expected. Moreover, Mistika does have different tools to control the 3D settings of each shot or even each frame if you need it, but by default you don't lose any setting or adjustment when converting a project to 3D.” 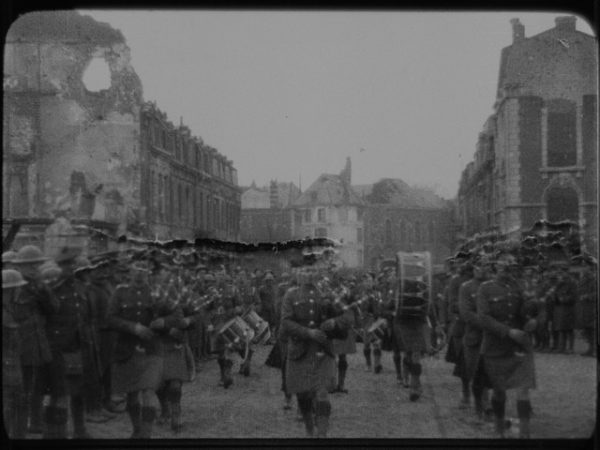 Park Road’s Stereographer Antonis Voutsinos made the final stereoscopic adjustments for the project. “The ability to manipulate the images in a context-sensitive and visual way rather than focusing on pixel count makes the 3D process much more creative for me. That is why I especially like the depth-graph and optical flow tools in Mistika,” he said.

Optical Flow is one of the system’s key, differentiating functions. Because it achieves high quality playback in real time, users are able to combine multiple camera images very quickly. This speed isn’t often found in other systems because Optical Flow typically requires heavy processing. It can be combined with other tools like Depth Grade, allowing 2D to 3D conversions using a normal RGB image and a depth map.

Adrian said, “With a good depth map, you can make a fast, clean transformation, which is an excellent way to preview the result before starting to make the manual conversion. Another approach is to make this transformation using masks as well, controlling the stereo of the independent elements selected by those masks. Then if you combine the depth map with the masks, you have full control of the conversion. Finally, you can always combine this effect with the rest of the stereo toolset, especially the Stereo 3D effect, to get your final image.”

Through Mistika’s shared environments and Park Road’s collaborative infrastructure, Antonis Voutsinos was able to finish and deliver the 3D experience in parallel with the final 2D deliverables, and the final audio arrived from Park Road’s sound team.  www.sgo.es