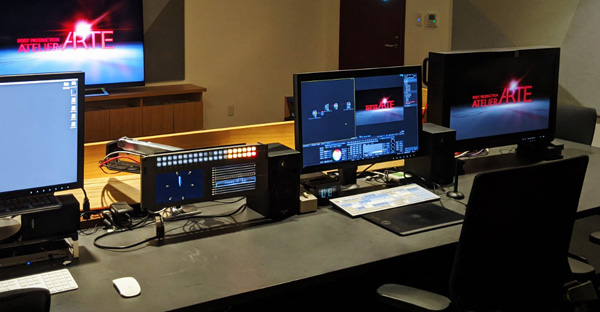 As consumers’ demand for high quality video and audio content continues to grow, so do their expectations of the look and sound of commercial advertising. Legacy 3G-SDI infrastructures may be adequate for HD production and delivery, but commercial post facilities like ATELIER ARTE in Tokyo are looking out for the new 4K/UltraHD and 12G-SDI systems to keep their workflows competitive into the future, and scale to handle higher bandwidth content.

“We’ve never had 4K-compatible equipment in our editing rooms before, because 70 percent of our projects are currently television commercials for HD broadcast,” said Takeshi Yamamoto, Editor, ATELIER ARTE. “Our decision to build a hybrid 4K/HD production environment puts our studio in a stronger position for bidding and accepting offers on higher-end 4K and HDR projects in the future.”

Before the upgrade, the team used a primarily 3G-SDI workflow for HD content. VGI was hired as systems integrator to develop and install a modern system that was customised to meet the physical requirements of the facility layout and support the software the post-production staff uses. A critical requirement when designing the updated system was compatibility with Autodesk Flame, one of the studio’s main tools for compositing, editing, colour correction and finishing.

ATELIER ARTE’s upgraded post facility was ready to launch in 2020. To manage the routing, conversion and transmission of high bandwidth 4K signals, the re-build includes a number of AJA 12G-SDI devices. At the centre is AJA’s KUMO 1616-12G compact router, responsible for the routing and distribution of 12G-SDI input signals to multiple output destinations around the studio. 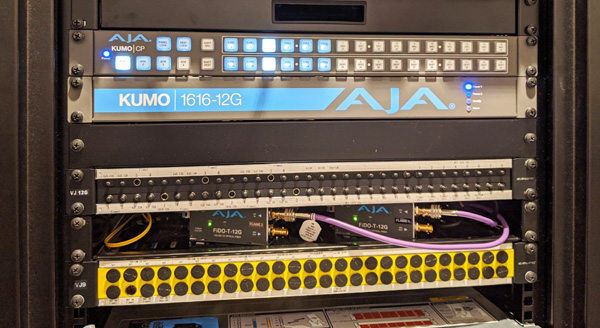 Via the KUMO 1616-12G, editors can operate 12G-SDI signals with straightforward control of both 4K and HD video sources, either using a single button or visually through a web-browser UI. Each of the facility’s three Flame Premium editorial suites are outfitted with an AJA KONA 5 PCIe I/O card, which supports very high-fidelity HDR, HFR and 4K/UltraHD content via 12G-SDI. KONA 5 transmits the Flame’s output to the central KUMO 1616-12G router.

For signal conversions and extending 12G-SDI signals over fibre, ADK Creative One incorporated a set-up consisting of AJA Mini-Converters into the infrastructure. AJA Hi5-12G converters were added to each of the six editorial rooms for converting 12G-SDI signals to HDMI, in order to display projects on 4K HDR monitors for review and client previews. 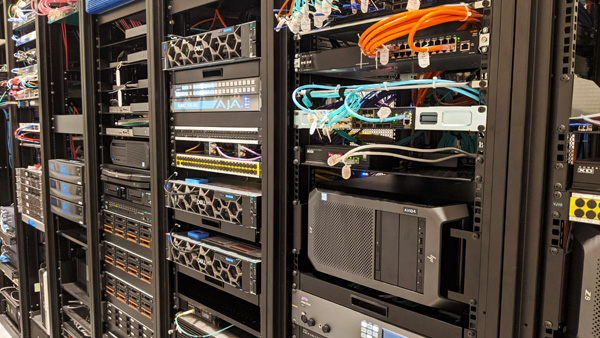 A pair of AJA FiDO-T-12G and two FiDO-R-12G converters were installed to transport 12G-SDI signals via fibre, used for sharing signals over long distances between editorial rooms and to an EIZO ColorEdge reference monitor for review purposes.

At ATELIER ARTE’s upgraded facilities, editors can now transition directly between 4K and HD content as they work, removing the bottlenecks they regularly encountered with the previous system so that the workflows flow faster. The robust nature of AJA’s lineup of routers, I/O devices and converters mean that ATELIER ARTE is now better equipped to handle the current and future demands of commercial projects. www.aja.com