Baselight Colourist Makes the Grade from Istanbul to Mumbai and Beyond

Ragib Metin Okutay is a colourist who studied, trained and started his career in Istanbul, and now works in the expansive post-production industry in Mumbai. He graduated from Istanbul Bilgi University with a degree in cinema, television and photography, and found his first job at 1000 Volt in Istanbul.

In 2017, Ragib joined Nube Studio in Mumbai and since then has become well-known in the Mumbai post scene, grading more than a thousand commercials for clients around the world.

“While studying film and television I’d become interested in editing and grading,” he said. “I was fortunate to start my career at a very innovative post company like 1000 Volt at a time when the film industry in Turkey was transitioning to the digital era. We had two Pogle 2K telecines and a new Baselight system. I began with the basics in the telecine room, learning how to gently handle and roll film negatives while watching senior colourists at work. After working with them for a couple of years as a telecine and DI assistant, I began grading commercials, music videos and feature films independently.” 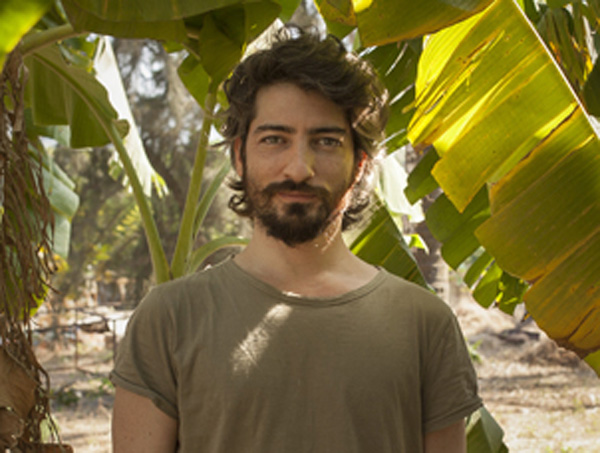 Eventually he decided to broaden his skills in a new environment, travelling to Mumbai and joining Nube Studio, where he has been working mainly on TV commercials. “Working on Baselight was an altogether new experience. I remember seeing the Blackboard control panel for the first time and thinking that it looked like a space shuttle operating panel. But with time, and the help of the very detailed Baselight user manual, eventually everything started falling into place. Baselight has become an indispensable system with its colour processing, elegantly designed interface and handy grading tools.”

“Nube was founded in 2015 by Navin Shetty, an experienced, well-known colourist in India, as well as a good businessman. In a very short period of time, he opened two more post-production companies and invested in three more Baselight systems. When you are in such a competitive business, reliability, stability and creativity are what you need most. Baselight has all three plus very good technical support.”

He was fortunate to grade and co-grade some feature films early in his career, such as ‘Song of My Mother’, winner of Best Movie Award at the Sarajevo Film Festival, ‘Sivas’ Special Jury Prize winner at the Venice International Film Festival and ‘Bulanti’, among others. Working on films helped him to better understand colour harmony, make quick and precise decisions while working with clients, and develop speed and skill with the software and Blackboard.

When he arrived in India, he was astonished to see the huge amount of work and the small amount of time allocated to each project, contrasting sharply with Turkey where his team had had more time to complete projects. However, he got used to the accelerated work pace and found ways to work faster on Baselight and Blackboard, while remaining precise.

“In India, there are so many more brands than in Turkey or Europe and the number of advertisements is proportionately higher. Every state has its own brands, and even national brands shoot different commercials for the same product according to the requirements of different regions,” Ragib said.

“Since Mumbai is India's capital when it comes to film and TV production, there is a constant flow of regional work towards Mumbai. The result is that you need to be very flexible, versatile, creative and fast at the same time while getting used to the many regional differences and visual preferences. For example, some states prefer warmer and more saturated looks. Knowing such local preferences helps you communicate with the client efficiently.”

Another interesting trend he encounters regularly is a look called ‘international’. “The ‘standard’ look for art direction and colour palettes in India is very vibrant and saturated, influenced by Bollywood cinema and the colourful everyday culture and festivities,” he said. “For example, I think India is the only culture in the world that has a festival of colour – Holi, celebrated by hurling colour into the air and at other people.

“For that reason, when clients ask for an international look, they mean a desaturated, stylised feel and a more limited colour palette. Because in Turkey, like in Europe, the standard look is more austere and sober, my experience working on Turkish and European projects helps me create that elusive international look Indian clients sometimes ask for.”

In India and beyond, Ragib finds that visual culture is diverse, ever-changing and elusive. As soon as you notice a trend, it has already passed. Nevertheless, as in fashion, nostalgia is a persistent element in colour palettes and grading everywhere.

A typical day for Ragib begins at 9am and may continue into the evening, though he tries not to work more than 10 hours a day. On busy days, he may finish two or three commercials, depending on the duration and edits. He usually takes a brief on the phone or looks at the client's reference images for inspiration, then balances and adjusts the footage and, by the time the client arrives, has some look options ready. Once he and the director or DOP reach agreement, they finalise the looks and fine-tune shots.

Ragib said, “I have had the opportunity to grade many beautiful commercials. A Vivo phone commercial shot by Mitesh Mirchandani and directed by Anupam Mishra included day-for-night on the beach – that was an unforgettable one. Also, I have graded a commercial for a jewellery brand called Khimji, which was shot by Sachith Paulose and directed by Afshan Shiraz. The grade has a very creative, unexpected look for a jewellery brand, moody with strong blacks, but it turned out very well.

Recently, Ragib graded the Indian short film called ‘Separation’, a dark but very touching story about a middle-aged man returning to his parents' house in a village many years after he had run away from home as an adolescent. The movie was shot on the ALEXA, recording RAW, and includes various plot twists and dream sequences.

As he set the initial looks for each scene with the DOP Pratik Deora, they created some options for the dream sequences using the Baselight Look operator, combined with the ARRI look library. The Look operator is inserted into the layer stack and used to introduce different scene-looks. When a Look operator is put into a layer it can be keyed in, and replaces the whole layer being worked on.

Ragib said, “We agreed on a slightly sepia look, with oranges and browns popping to emphasise the warmth, transience, and breeziness of the old days in contrast with the dark present. In early morning shots, Baselight’s Denoiser was very useful as a way to deal with the low-light footage. The film is 24 minutes long, and we finished it in one day.”

He changes his project settings according to the deliverables required and the cameras used. If only one camera has been used, he prefers to use native camera workflow, but if there are several cameras, he goes with ACES or T-Log E-Gamut – the default colour space FilmLight introduced with version 5 – and changes viewing settings accordingly for HDR or theatre.

He also has some favourite Baselight tools. “I love Film Grade and Colour Cross-talk, and I frequently use the Base Grade tool for specific local tone manipulations,” he commented. “With its exposure contrast and pivots, Film Grade has a very organic feel while grading as well as speed, which I need a lot most of the time. Fewer knobs to change means a more intuitive approach for me, and I think I grade mostly intuitively.”

Film Grade converts images into a display colour space using a LUT and has six tools – Exposure, Contrast and Saturation in one group, and Shadows, Midtones and Highlights in another. The most important tool is Exposure, which controls brightness and colour and makes the image feel natural. The contrast in all colour channels and the scene-linearity are maintained during Exposure changes, and the luma working ranges are limited via pivot points.

Royal Stag - with an 'international' look

Base Grade automatically converts the image into a linear colour space that restores the original brightness ratios of the scene. In other words, Base Grade works the same way in every working colour space. All exposure values and pivot points are specified in aperture stops, which align with human perception and are understood by DPs, making it simpler for the colourist to communicate directly with the DP.

Colour Cross-talk gives colourists more precision to correct problems when the signal from a specific pixel affects those of adjacent pixels. It presents sliders for the channels in each colour so that you can tune the colours visually, watching the effect that changing the mixture has on the other colours.

Advice he would give anyone interested in learning to think like a colourist is to analyse paintings and try to understand the individual colour choices of painters for specific subjects, much as you might watch movies and think of the DP’s cinematographic choices. “Practice makes you better and better. For practice, grab stills from the movies you like and match the footage,” he said. “The matching does not need to be precise, just create a similar feeling and add the created look to your gallery to use in a future project.

“As I like exploring new territory, at some point I plan to move to another country and work in other markets. I am curious about the visual culture in Japan and South Korea, and I would also be interested in working in Germany and the Netherlands as I like the work culture and approach to creativity there. Long-term, I am eventually planning to open my own post-production company in Istanbul.”  www.filmlight.ltd.uk