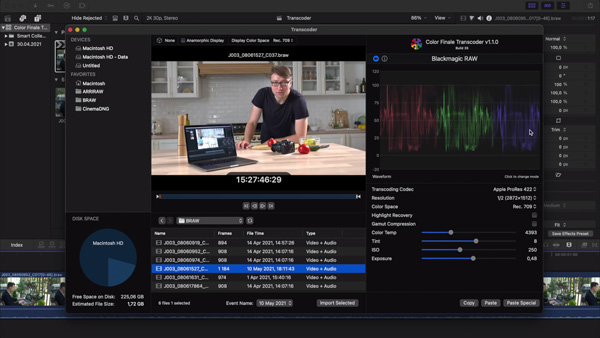 Importing BRAW, ArriRAW and CinemaDNG files directly into Final Cut Pro makes them immediately available for editing. A full set of camera setting adjustments are included inside the import interface, with a choice of SDR or HDR colour spaces. Users can also handle multiple clips at once if required.

Having to transcode media prior to importing it adds an extra time-consuming stage to the workflow. For example, BRAW footage shot on a Blackmagic camera requires an external third party application to transcode files before the start of the editing process. The aim of the Transcoder’s initial iteration is to quickly import unsupported camera media into Final Cut Pro – further media types are expected to be made compatible in the future. 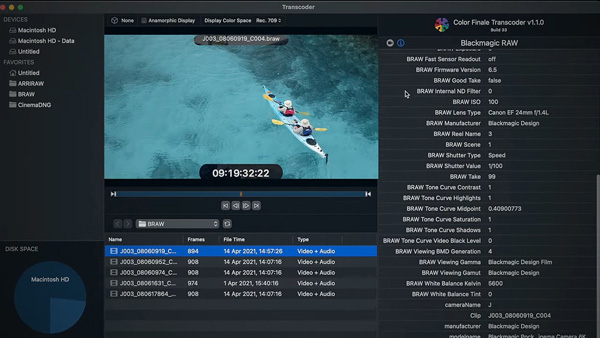 Color Finale products are developed by UK company Color Trix. The team are long time developers of systems and applications for post-production and VFX. With backgrounds as artists for numerous feature films, their experience lies in supervising colour correction and digital intermediate processes. The founder & CTO Dmitry Lavrov remarked that this is the first time that users of FCP have had an instant preview of their ingested footage with a complete range of camera settings. A simple, direct integration of the camera into the post workflow has so far not been available.

Color Trix has developed colour grading plugins for professional users from for vloggers and videographers to editors and colourists, plus LUTs and a collaboration service, Color Finale Connect.

The company is releasing the Transcoder plugin as its first new launch since December 2020, and plans to launch others later in 2021. The Transoder is available now directly from the Color Trix website.  colorfinale.com/transcoder