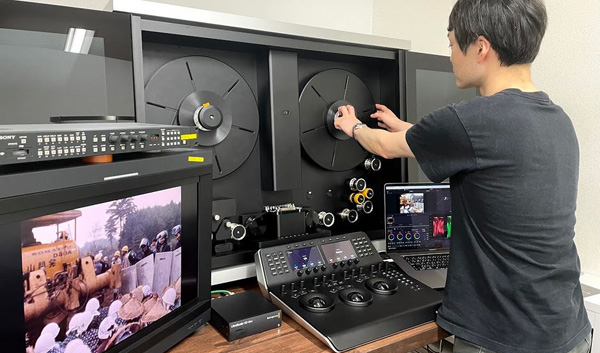 Athénée Français Cultural Centre in Tokyo originated from a French language school with more than 100 years of history. The Cultural Centre was launched as the International Exchange division of the school in the 1970s, with the purpose of an international exchange between France and Japan through films that were screened all over the world, as well as seminars and film workshops.

One of tasks that fell to Athénée Français has been managing the digital restoration of old films. However, due to the high costs of the equipment, this work had to be outsourced to other labs. 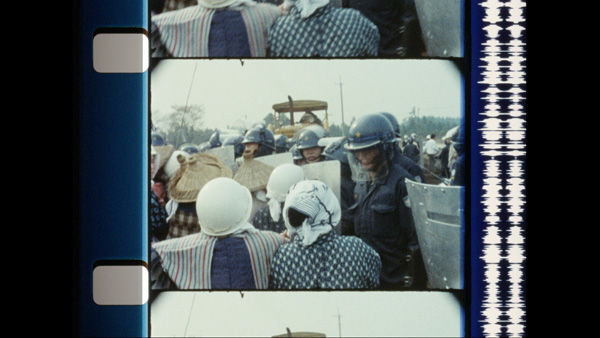 Yukihiro Akamatsu of Athénée Français said, “We had wanted to shift the scanning work in-house for a long time, and actually considered installing a Cintel scanner when it was newly released. However, we considered the specifications of peripherals and computers required at that time to run a scanning business and postponed the purchase. Today, the peripherals are at last of a much higher quality while the costs are lower, leading us to decide that it was time to install a scanner. We chose the Cintel for its speed, which allows us to do real time scanning, as well as its cost.”

Athénée Français regularly screens a number of independent art films and is planning to digitise films such as old Russian films, 1970s art films and underground films, Japanese documentaries from the ‘60s to ‘70s and Japanese independent films from the 1990s. “For example, we have restored the old works of director Takahisa Zeze, which he made in the ‘90s from original negatives, and screened them as a retrospective this past March. Also, we have been restoring a number of documentary films by the director, Shinnosuke Ogawa,” Yukihiro said.

“The Cintel Scanner is compact, so we didn’t have to worry where to install it. It is simple to use and is designed so that we can handle film safely. It is also beneficial that we can check both visual and audio in realtime while scanning. We have hundreds of old films and used to use a German film editor to check the condition of those films. However, it has been difficult to keep it maintained so we now use the Cintel as a film viewer as well.” 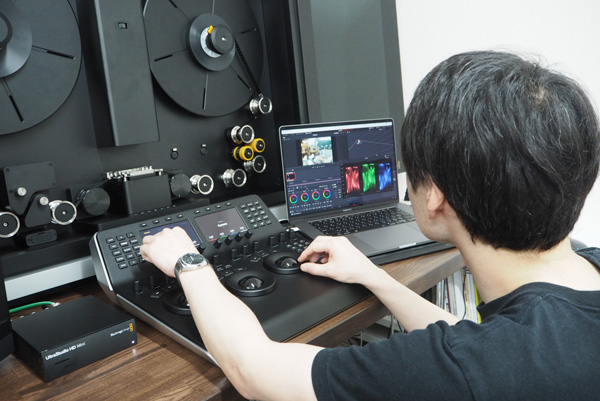 Besides the Cintel Scanner, Athénée Français uses other Blackamagic products such as ATEM Television Studio, UltraStudio 4K, Teranex AV, DaVinci Resolve Mini Panel, Samart Scope Duos, SmartView HD, UltraStudio HD Mini, UltraStudio 3G and HyperDeck Studio. “We purchased the ATEM switcher for switching during screening events, but these days we mostly use it for live streaming. The DaVinci Resolve Mini Panel is portable, so we take it wherever we’ll need it, such as to a scanning room for fine tuning colours, or a studio for more precise grading of scanned footage,” said Hirotaka Kuwahara, who does post production work at Athénée Français.

“It is a real benefit that Cintel and DaVinci work together. Because I handle old films, I need to fix colour fading, and address dust, scratches and grain. DaVinci Resolve can do all of these tasks. Having the Resolve Mini Panel also allows me to do more precise adjustments while grading, which I cannot do while looking at a GUI and using a mouse.” 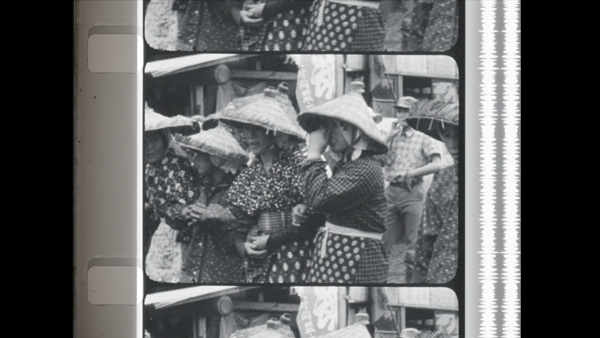 Yukihiro said, “Working for screenings and film festivals, I have discovered so many precious films that have fallen out of circulation and were just forgotten. Of course, films we call masterpieces have been restored, but the independent films that we mostly deal with are not even digitised due to budget constraints. Plus, because theatres that can still play films are becoming scarce, screening such films has become difficult.

Also, some digital masters are telecine footage for TV broadcast and DVD use, which means their uality is too low for digital cinema. We want to bring audiences such pieces, at better quality, using the Cintel Scanner.” www.blackmagicdesign.com